Accessibility links
In The Lines Of Ocean Vuong, Echoes Of His Family's Past In Vietnam Award-winning poet Ocean Vuong speaks about his new book Night Sky with Exit Wounds, which weaves growing up in America with his family's memories of a war-torn Vietnam. 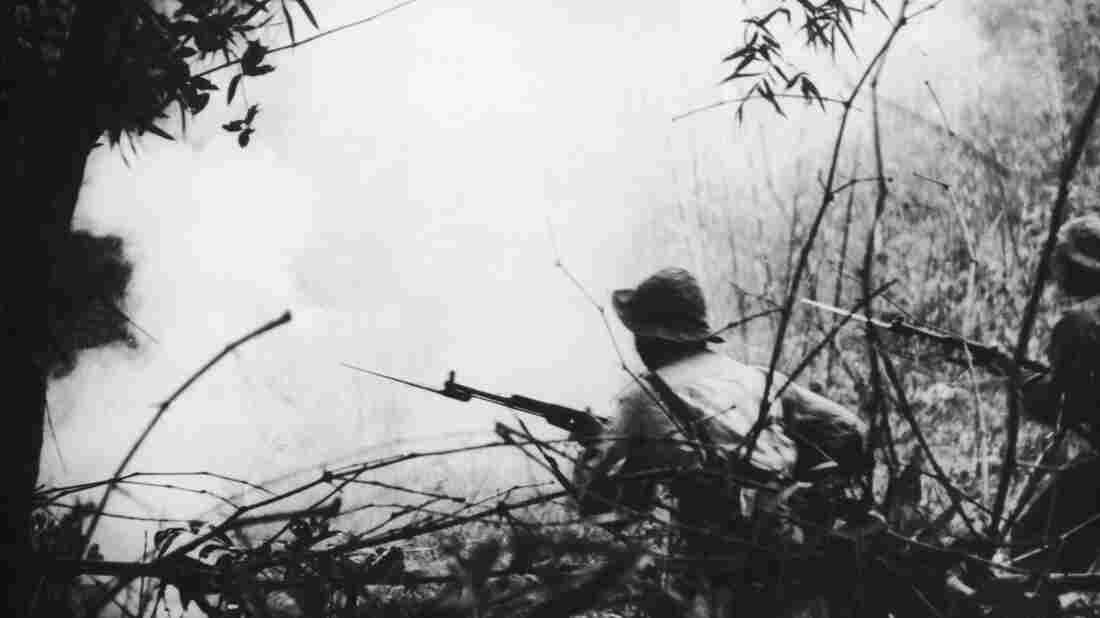 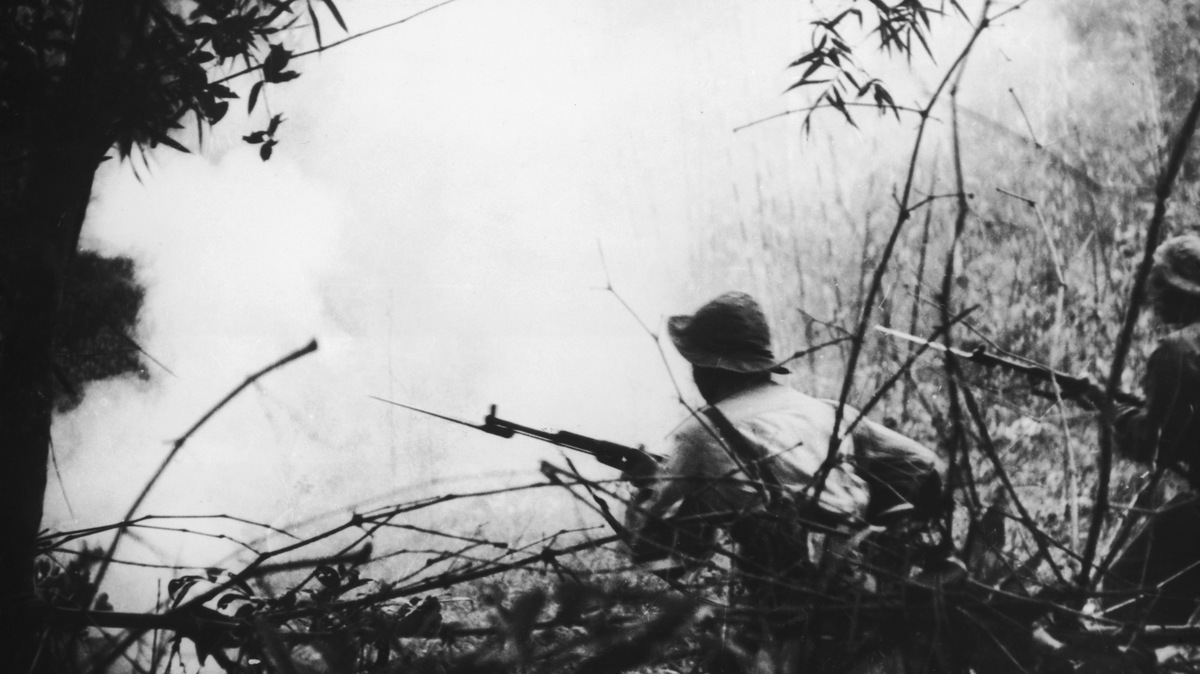 Viet Cong soldiers going into battle near Hue during the Vietnam War, circa 1968. Years later, the war shaped how Ocean Vuong grew up.

When he was 2 years old, Ocean Vuong's family immigrated from Vietnam to the U.S. He tells NPR's Michel Martin that he didn't learn to read English until he was 11. Now 27, he's making his mark in the world of poetry.

Vuong is the 2016 winner of the Whiting Award for poetry and published a new book of poems called Night Sky with Exit Wounds, weaving his personal stories of growing up with his family memories of life in Vietnam. 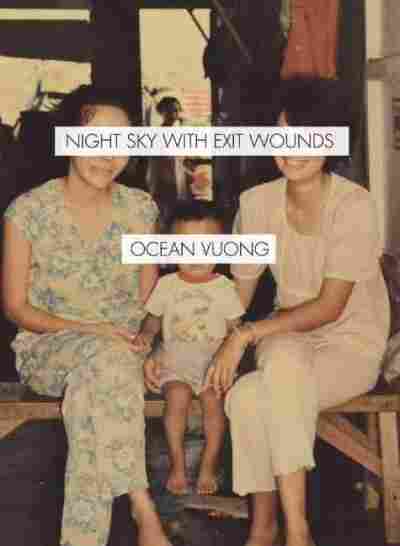 Ocean, don't be afraid.
The end of the road is so far ahead
it is already behind us.
Don't worry. Your father is only your father
until one of you forgets. Like how the spine
won't remember its wings
no matter how many times our knees
kiss the pavement. Ocean,
are you listening? The most beautiful part
of your body is wherever
your mother's shadow falls.
Here's the house with childhood
whittled down to a single red tripwire.
Don't worry. Just call it horizon
& you'll never reach it.
Here's today. Jump. I promise it's not
a lifeboat. Here's the man
whose arms are wide enough to gather
your leaving. & here the moment,
just after the lights go out, when you can still see
the faint torch between his legs.
How you use it again & again
to find your own hands.
You asked for a second chance
& are given a mouth to empty into.
Don't be afraid, the gunfire
is only the sound of people
trying to live a little longer. Ocean. Ocean,
get up. The most beautiful part of your body
is where it's headed. & remember,
loneliness is still time spent
with the world. Here's
the room with everyone in it.
Your dead friends passing
through you like wind
through a wind chime. Here's a desk
with the gimp leg & a brick
to make it last. Yes, here's a room
so warm & blood-close,
I swear, you will wake—
& mistake these walls
for skin.

On his mother naming him "Ocean"

She was working in a nail salon, and like many Vietnamese immigrants she learned English just talking to customers. One summer day she said, "It's so hot, I wish I was at the beach," except she pronounced it in a word that resembled a derogatory term.

And so the customer suggested, "why not ocean?"

When she learned what that word was, and what it meant — which is a body of water that touches both America and Vietnam, she decided to rename me Ocean. I always say that I come from a line of poets even though my family cannot read or write. As you can see, her mind was already a mind geared and keen towards the imagination.

On preserving his Vietnamese culture in the U.S.

I was raised in a one-bedroom apartment in Hartford. It was in a way a small village of Vietnamese women who raised me, so Vietnam was preserved in this American city — the city of Mark Twain, Wallace Stevens, Harriet Beecher Stowe. And here we are, a group of seven Vietnamese people speaking only Vietnamese every day — eating Vietnamese food with a little KFC sprinkled in.

On writing about war in his poetry

It feels quintessentially very American to me to be an inheritor of war. My life and my poems try to investigate that intersection of what it means to be an American body born out of violence, making sense out of violence.