Accessibility links
How This Election's Populist Politics Are Bigger Than Trump And Sanders What lasting effect might populism have on both Democrats and Republicans — even after Bernie Sanders and Donald Trump have left the scene? 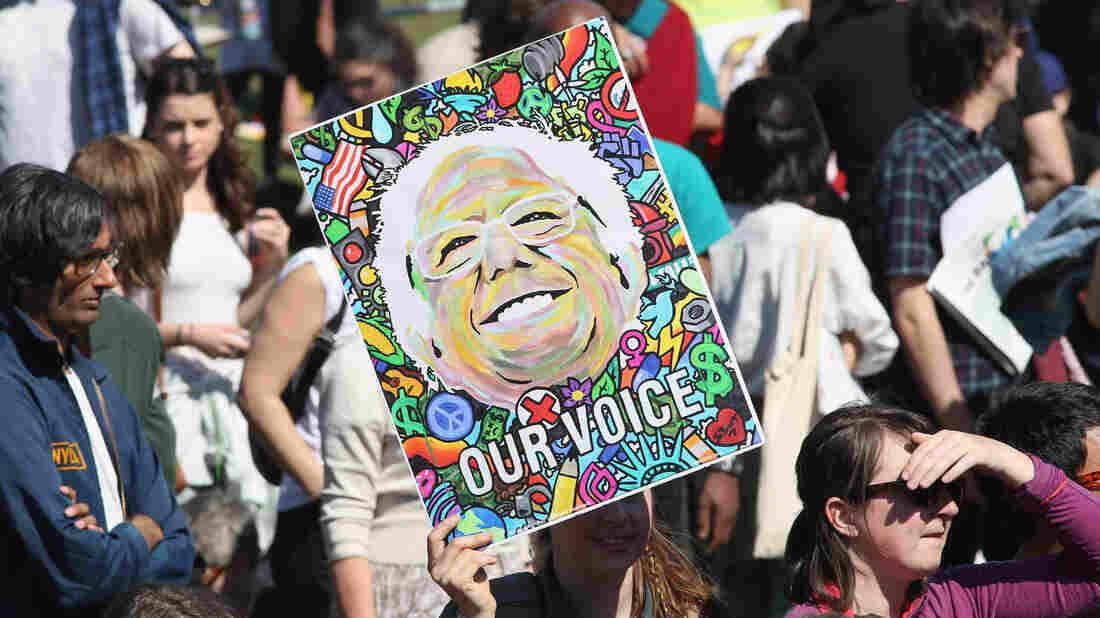 In the past, populist movements have forced a realignment or a reshuffling of voters. The big question is what effect this year's populist politics will have on both parties over time. Mireya Acierto/FilmMagic hide caption 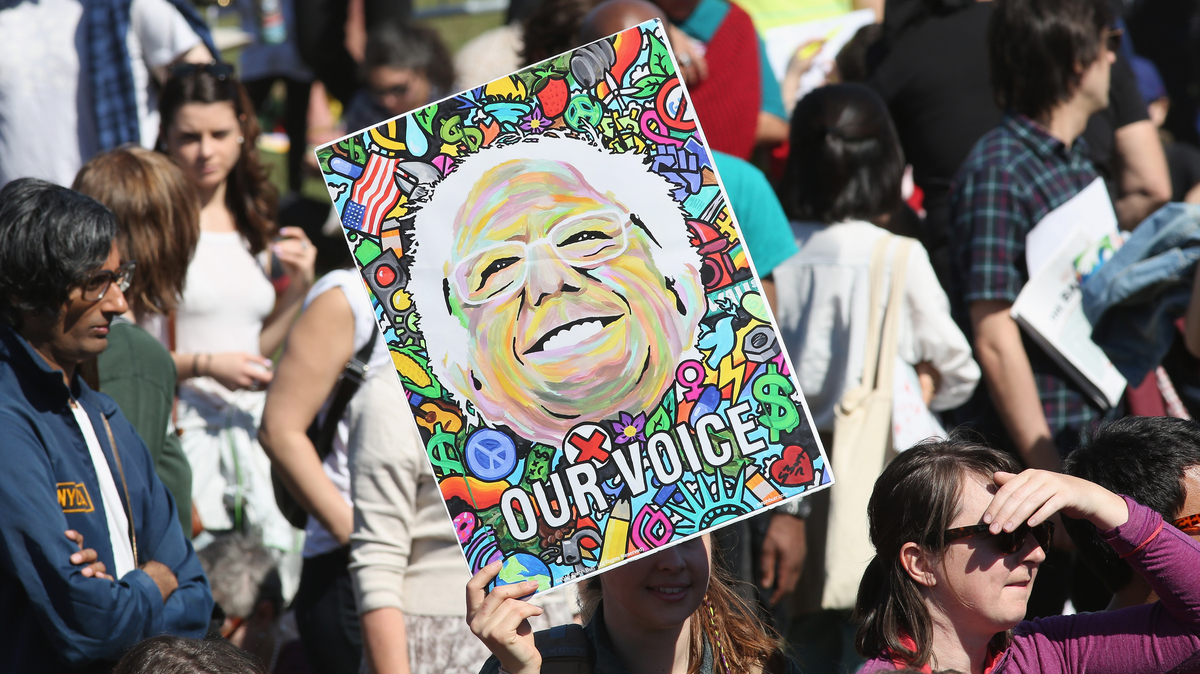 In the past, populist movements have forced a realignment or a reshuffling of voters. The big question is what effect this year's populist politics will have on both parties over time.

Populism is one of the most important forces in American politics today. Bernie Sanders and Donald Trump have both tapped into widespread frustrations against the elites and the establishment.

It's not hard to see where the rage at a rigged system comes from. Washington is gridlocked, the economy isn't growing fast enough and what growth there is hasn't been shared equally. Too many people feel left behind.

University of Wisconsin political science professor Kathy Cramer has been tracking the increasingly populist sentiments of Wisconsin voters for the past nine years by listening to groups of people who meet on their own most every morning.

They are the "regulars" who get together in gas stations and diners and McDonald's and maybe places of worship. Cramer's groups foreshadowed the angry voters of 2016. They felt ignored or dismissed by politicians, the media, the government and big business. Over the years what Cramer saw was that this resentment grew more intense, setting the stage for the explosion of populist politics this year.

"What I saw was people feeling a whole lot of economic stress, wanting some explanation for why they were having such a hard time making ends meet," said Cramer, "and then placing the blame on other people in the population and the government."

The big changes that caused their distress — demographics, globalization, wage stagnation, de-industrialization — are abstract and can be hard to understand. But populism has always told a simpler story with a defined villain. In the past, it might have been the gold standard or welfare queens. Now it's free trade, immigrants, billionaires or the campaign finance system.

"The things that are our biggest stresses these days are these very abstract, social change phenomena," said Cramer, "and making an argument about that doesn't get you very far. It's not very mobilizing. But if you can give people a crystal-clear target of blame, it's much easier to rally people behind you."

Trump recently campaigned in Indiana excoriating his favorite corporate target — the Carrier air conditioner company, for leaving the state and moving to Mexico.

In California, he held a rally featuring people whose relatives had been killed by immigrants in the country illegally.

The big question is what effect this year's populist politics will have on both parties over time. In the past, populist movements have forced a realignment or a reshuffling of voters. Think George Wallace leading Southern whites out of the Democratic Party in the late '60s and early '70s. That kind of big shift in voter allegiance is probably not in the cards. There are not many socially conservative, economically populist white Democrats left that could switch to the Republicans. And there are not that many socially liberal, upscale white Republicans left who could switch to the Democrats.

For the Republicans, that civil war might lead to a debate about a new policy agenda, a more populist agenda that's less friendly to big business and the wealthy and more attuned to the concerns of the white working class. Henry Olsen, the author of The Four Faces Of The Republican Party, sees that as the lesson of this year's Republican primaries.

"Any ambitious politician has seen that there are millions of voters who can be mobilized using populist rhetoric who had not voted in any Republican presidential primary for the last 20 years," Olsen said. "You probably won't see an identical Trump-like figure in future years. But anti-trade, more nativist, more anti-free markets are there for the taking in the Republican Party. And that will influence campaigns and candidates for years to come."

For the Democrats, populism is also here to stay even though it hasn't had the kind of seismic consequences as it has for the GOP.

Bill Galston, a former Clinton White House aide, says there's a lot of economic discontent among "young adults, the working class and the middle class. So there's something real there for Democrats. And it's not going away."

Hillary Clinton will have to absorb some of Sanders' left-wing populism as she moves forward to the general election. She has already moved toward Sanders on expanding Social Security, if not on breaking up the big banks.

One consequence for both parties is that free trade agreements will have to be reframed as national security issues to have any chance at all to pass. And whoever is making foreign policy next year will have to deal with a new kind of nationalism. Galston calls it "Americans first" — which sounds pretty close to Donald Trump's foreign policy slogan.

"For people who are looking at the world through populist spectacles — their first question is now, what's in it for us?" said Galston. "And if there isn't a clear answer to that question, then the default conclusion is that what's going on beyond our borders is more of a burden than a benefit."

Trump's populist positions are challenging the Republican Party's basic DNA, its core ideology about foreign policy and trade and limited government. On the Democratic side, Sanders doesn't represent as big a break with Democratic orthodoxy. He represents a wing of the party that's always been there but has just gotten to be a much bigger part of the coalition this year.