Accessibility links
Tom Hanks Says Self-Doubt Is 'A High-Wire Act That We All Walk' "No matter what we've done there comes a point where you think, 'How did I get here?' " Hanks says. He plays an American businessman working in the middle of the Saudi Arabian desert in his new film. 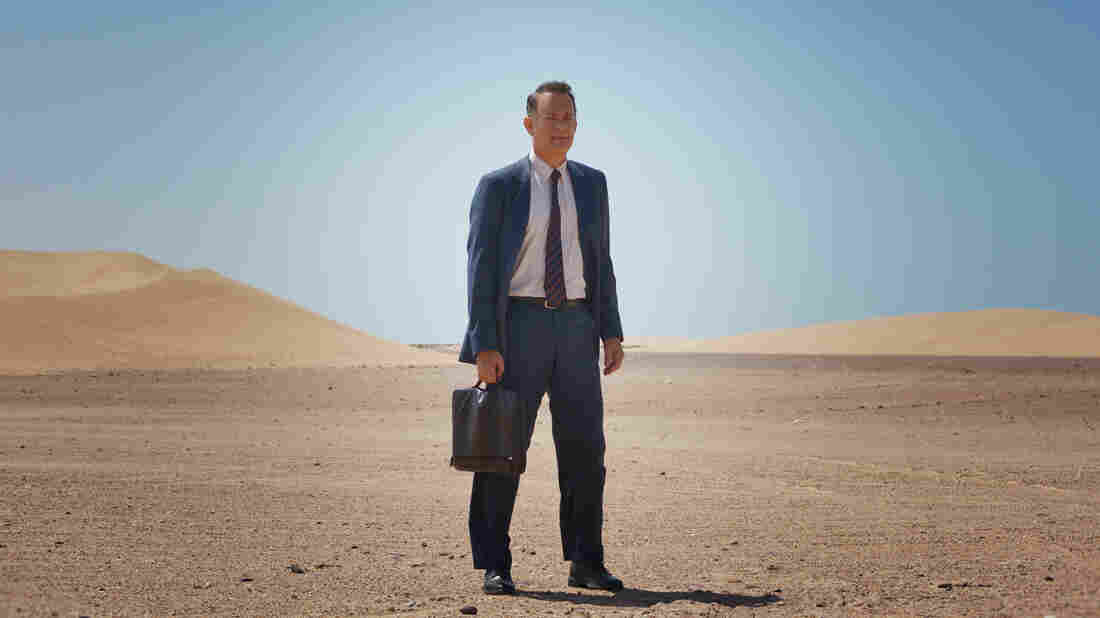 Tom Hanks plays an American businessman on an assignment in the middle of the Saudi Arabian desert in A Hologram for the King, which is based on a novel by Dave Eggers. Roadside Attractions hide caption 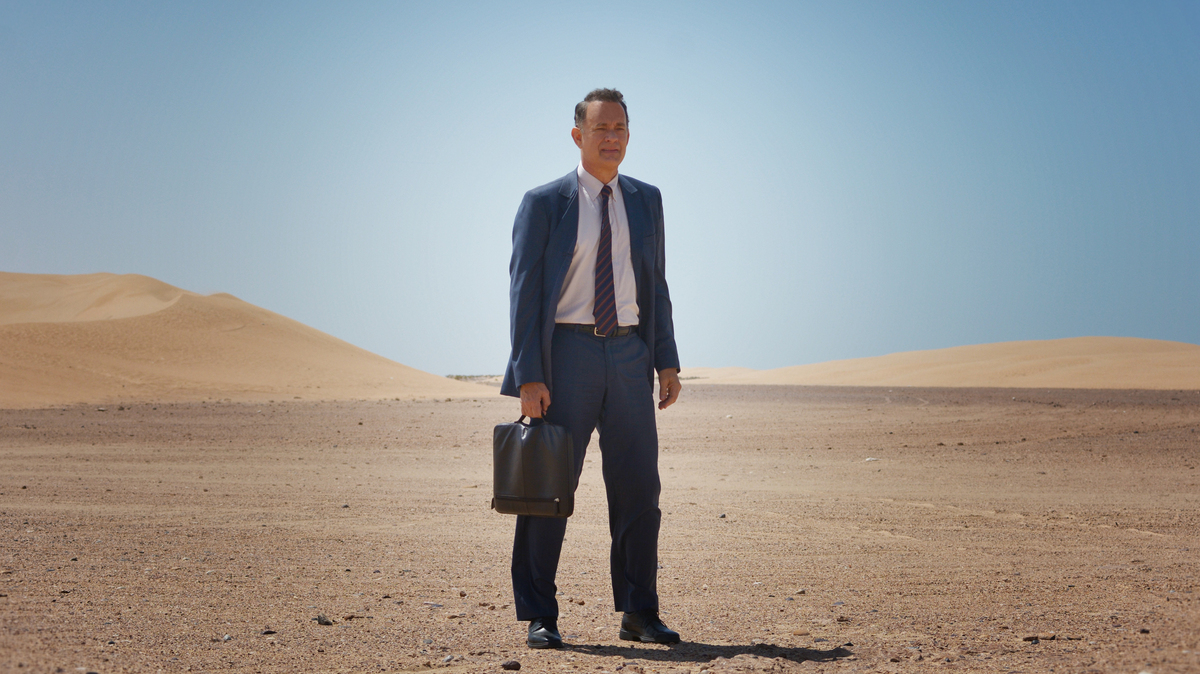 Tom Hanks plays an American businessman on an assignment in the middle of the Saudi Arabian desert in A Hologram for the King, which is based on a novel by Dave Eggers.

In his new film, A Hologram for the King, Tom Hanks plays a middle-aged American businessman who is sent to Saudi Arabia, where the king is planning to build a new city in the middle of the desert. Hanks' character, Adam Clay, must persuade the Saudis to let the company he works for provide IT technology and support for this new city.

No matter what we've done, there comes a point where you think, 'How did I get here?'

Hanks tells Fresh Air's Terry Gross that he felt particularly connected with his character's sense of self-doubt and dislocation. "No matter what we've done, there comes a point where you think, 'How did I get here? When are they going to discover that I am, in fact, a fraud and take everything away from me?' " Hanks explains.

Despite having won two Academy Awards and appearing in more than 70 films and TV shows, Hanks says he still finds himself doubting his own abilities. "It's a high-wire act that we all walk," he says.

On what drew him to A Hologram for the King

It's the dilemma that Alan Clay is in, which is the dilemma, I think, of our times. If you're going to sum it up in one and one word only, you would say Alan Clay is dealing with China. The fact that China has taken away the companies that he's worked for, the living that he used to make, and it's representative then of all the other failings that he's experienced in his life — he's divorced, he's got a kid he can't afford college for, and he's now taken whatever skill set he had, which is really basically selling things, and he is going to have to go off to a place as alien on the planet Earth as I think Mars is in the solar system — the Kingdom of Saudi Arabia.

On Hanks' independence growing up

My dad was married to the love of his life — finally — it took him three marriages to get there, but when they landed together, they were so busy having fun and dealing with their own Sturm und Drang that I could've been a tenant who lived downstairs. I just came and went on my own accord and they never said boo.

There was one time in high school I had the flu and I spent two weeks at a friend's house and when I finally came home my dad said, "Where've you been?" I said, "Oh I had the flu, I slept at Kirk's house." He said, "I figured you'd take care of yourself." So that brand of freedom, it wasn't a cruel brand of disinterest, but they were just very busy doing other things. ... That along with attention deficit disorder made me what I am today.

On how Hanks watched TV as a kid

I knew what time it was by what was on television. I don't think there was a clock in our house and I never had a watch, because if Love of Life was over it was time to go to school. When the Hogan's Heroes hour was halfway through, I knew that dinner was going to be ready upstairs. Because of that, about every 12 minutes, when the commercial came on, my attention went somewhere else. I think I still have trouble — I have to be utterly hypnotized by something to truly concentrate on it for anything more than 20 minutes at a time.

On what attracts him to playing brave leading men in films like Saving Private Ryan, Apollo 13, Captain Phillips and the upcoming movie Sully

They are not men with nerves of steel. The thing that has attracted me to all of those characters is they are fighting the terror that is inside them. For example, in all the reading in much of the research that I did for Saving Private Ryan was the terror that men in command felt in combat. ... I have this verbatim from a number of people ... that they were afraid of making the mistake that was going to get other people killed. That is a huge burden of command, and it's something that you have to fight and tamp down, and you can't allow yourself a moment of hesitation, and that faith in oneself is a very — that's the difference between success and failure. It's not easy to do. ...

All of these guys have some degree of accomplishment, but it has been learned and earned at the same time. No one is made a captain of a cargo ship without an extraordinary amount of experience behind them, and that brand of terror or loss of your own self-confidence, look, that's something that everybody goes through at some point. My life has never been in jeopardy ever once, but the artistic creative process of one is still based on your ability to fight down those doubts of yourself, and you have to move forward. ... And you cannot sweat too much the possibility that you are making a wrong mistake.

On why he tweets photos of lost items, like gloves and shoes on the street

I see the story there. The saddest thing is when you see a little girl's lost pink mitten, or a little glove with those tiny little fingers in it, and that means some little girl now has a mismatched glove at home, and I just think, who are the people that lost it? How did they lose it in these circumstances?

And I see almost like a haiku-like story behind every one of them. Sometimes they're big, manly, expensive leather gloves, something from Hammacher Schlemmer or Barney's or something, and other times they're little happy mittens with Snoopys on them or something like that, and I always think, who passed by this way and left an image? I kind of look at it as urban archaeology in which we can put together the stories of they who passed before us by the gloves that they've lost and sometimes the position that they're in.