Accessibility links
Meryl Streep's First Acting Gig: Becoming Pretty And Popular In High School In a new biography called Her Again, author Michael Schulman says that at 14, Streep decided to reinvent herself — and before she was an Oscar winner, she was homecoming queen. 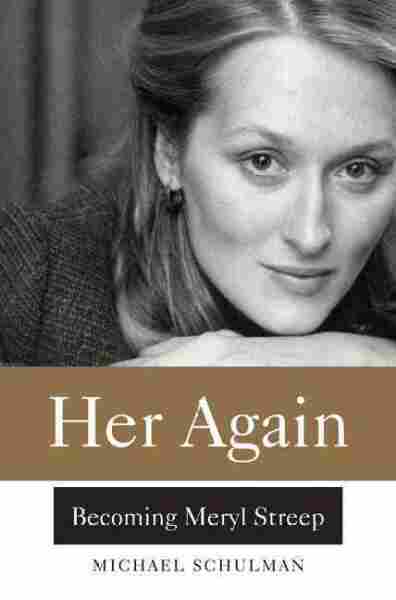 Writer Michael Schulman conducted 80 interviews for Her Again, his new biography of Meryl Streep. He talked with her friends and colleagues, read articles, letters and commencement addresses — but he never actually talked with Streep herself.

Knowing how private Streep is, Schulman didn't expect her to grant an interview, but he nevertheless sent a letter early on. "I had started to talk to some of her old drama school classmates," he says, "and I realized, I really don't want her to hear about this secondhand. I should just tell her who I am and what I'm about."

Within a week, she sent an answer through her publicist, expressing reservations about a biography. One line stood out: "Leave me to the thing I love. I love acting," Streep said. "But being called 'the greatest living actress' — a designation not even my mother would sanction — is the opposite of good or valuable or useful. It is a curse for a working actor."

When Streep won her most recent Oscar for playing Margaret Thatcher in Iron Lady, Shulman was inspired by her acceptance speech.

"When they called my name I had this feeling I could hear half of America going 'Oh, no. Oh, come on ... Her. Again!" Streep told the audience.

That became the name of Schulman's biography, which traces Streep's early years. Her talent was first spotted when she was 12. She had a lovely singing voice and studied opera — but didn't get along all that well with her peers.

"She was kind of a bossy little bully sort of girl," Schulman explains. "She had scraggly short hair, cat-eye glasses that made her look like a middle-aged secretary. She was completely unconcerned with how she looked and being liked." 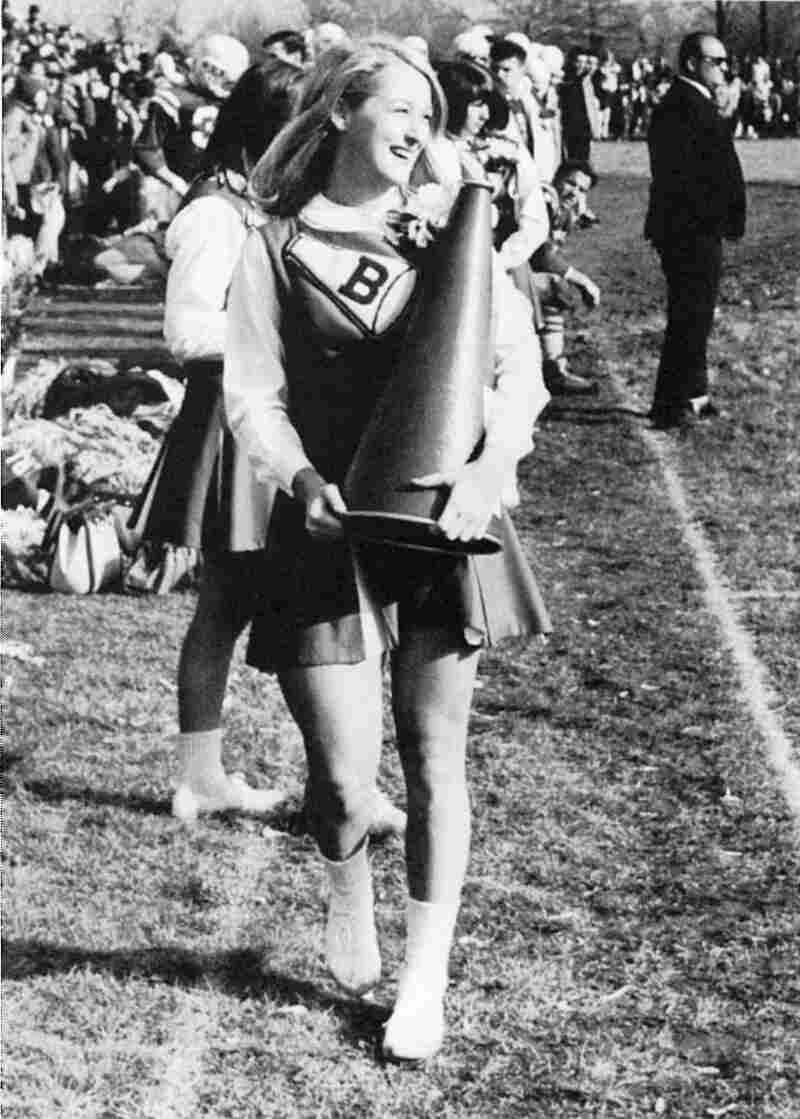 In high school, Streep was one of the "cheeries." In the yearbook she was immortalized as: "Pretty blonde ... vivacious cheerleader ... our homecoming queen ... Many talents ... Where the boys are." Bernardsville Public Library Local History Collection/HarperCollins hide caption 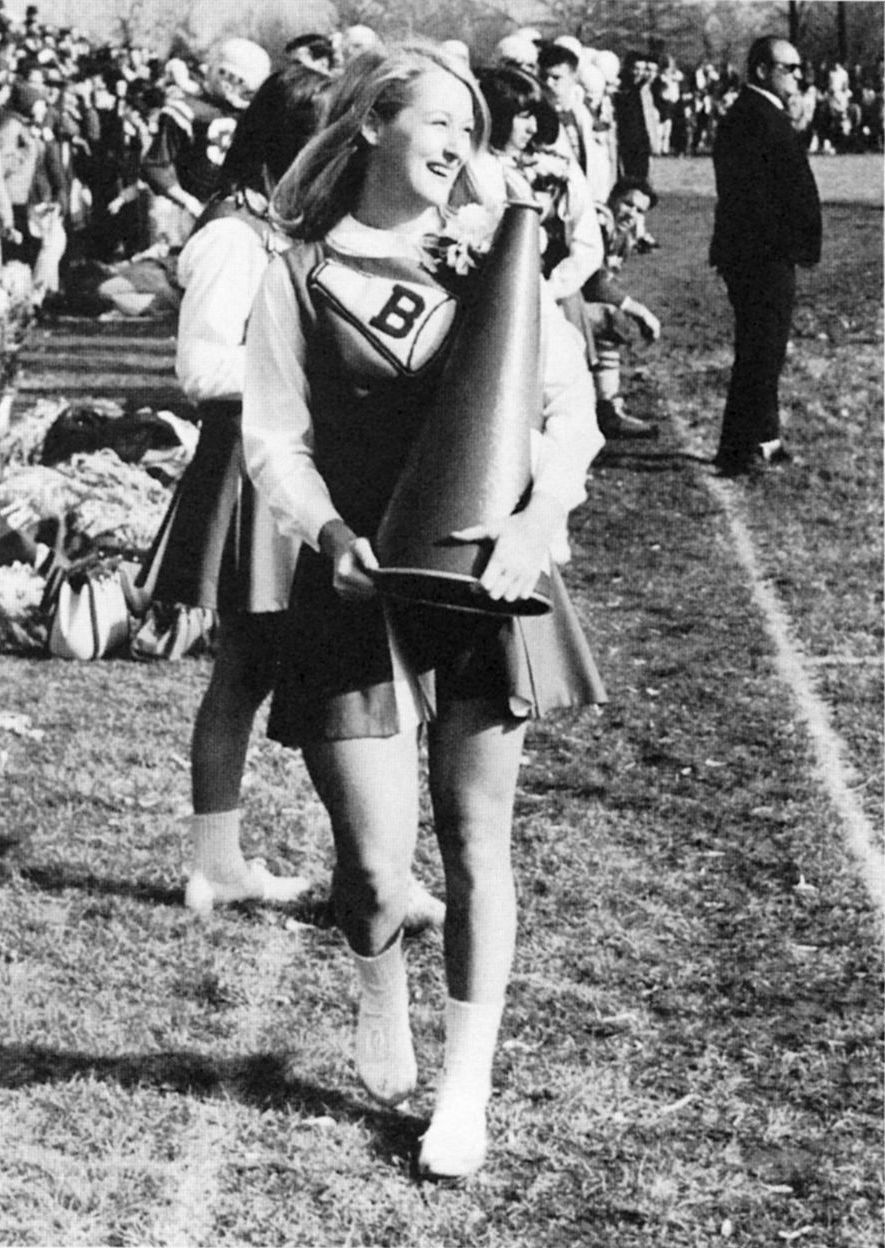 In high school, Streep was one of the "cheeries." In the yearbook she was immortalized as: "Pretty blonde ... vivacious cheerleader ... our homecoming queen ... Many talents ... Where the boys are."

Two years later that changed — abruptly — thanks to hard work and sheer willpower. Streep decided to be beautiful and popular. Leafing through women's magazines like Seventeen and Cosmo for inspiration, she dyed her hair, got contacts, practiced giggles, and set her mind to becoming the queen bee of her high school in Bernardsville, N.J.

"She joined the cheerleading squad, she was the lead in every musical, she would do the French club and student council," says Schulman. "And eventually her senior year she was elected homecoming queen, which was kind of the pinnacle. It was kind of like winning best actress of her high school."

High school was her first acting job. That uncanny ability to become someone else started in those teenage years and continued at Vassar, and then at Yale Drama School. Fellow students began to resent her for getting all the lead roles — so she tried to do something about it.

So Streep kept on transforming herself on stage at Yale — in plays by Dostoevsky, Brecht, Strindberg and Shakespeare. And she always stood out — even at graduation, when the class of 1975 marched in dark caps and gowns:

"Within the sea of black, one woman stood out like a blaze of light," says Schulman. "It was Meryl Streep in a bright white picnic dress. Viewed from the Connecticut skies, she must have looked like a diamond glistening in the muck. Once again, Meryl had done everyone one better. All the rest of the women in the class went, 'Bitch, why didn't I think of that?' " 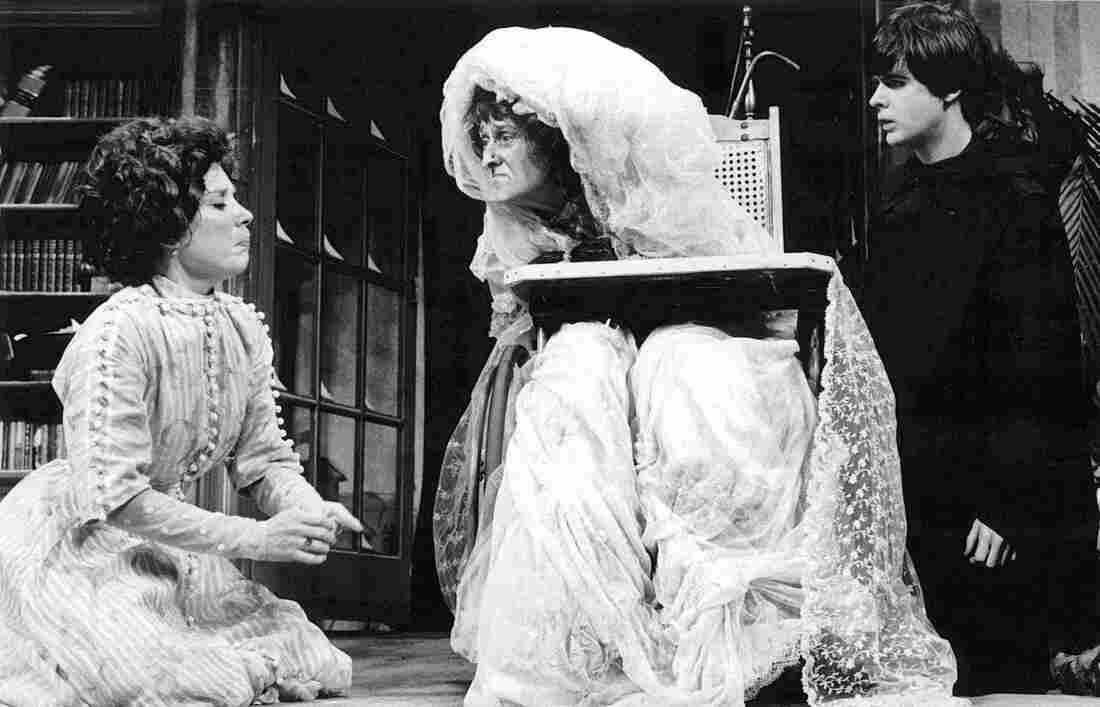 Once again Streep was too much, too good, too talented. And Schulman believes that, as a young woman, she was trapped by success.

"Perfection is a kind of prison," he says. "This is part of her M.O.: Every ecosystem she enters, she rises to the top because of her skill, and when she gets to the top she kind of looks around and thinks, 'Oh, no, me? Why?' "

In Hollywood, Streep first rose to the top in the 1979 film Kramer vs. Kramer. She played a woman who, dissatisfied with her life and marriage, leaves her husband and young son for over a year. When she returns, she wants the child back, and a custody battle ensues. Streep won her first Oscar for that role. 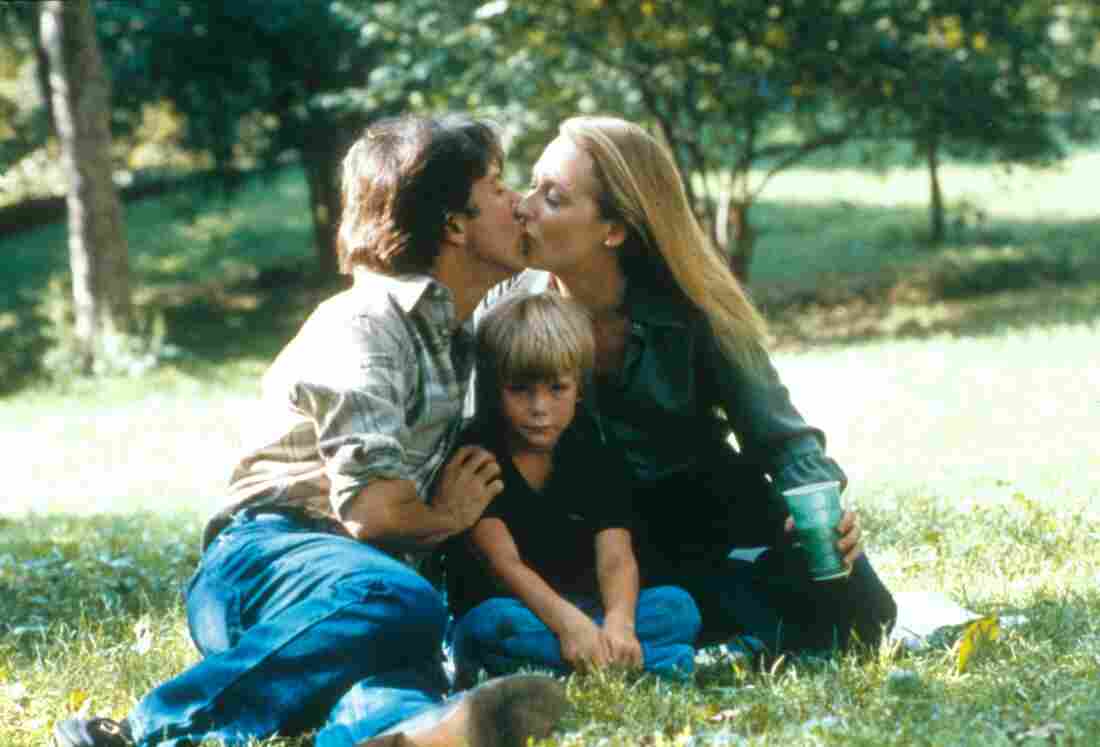 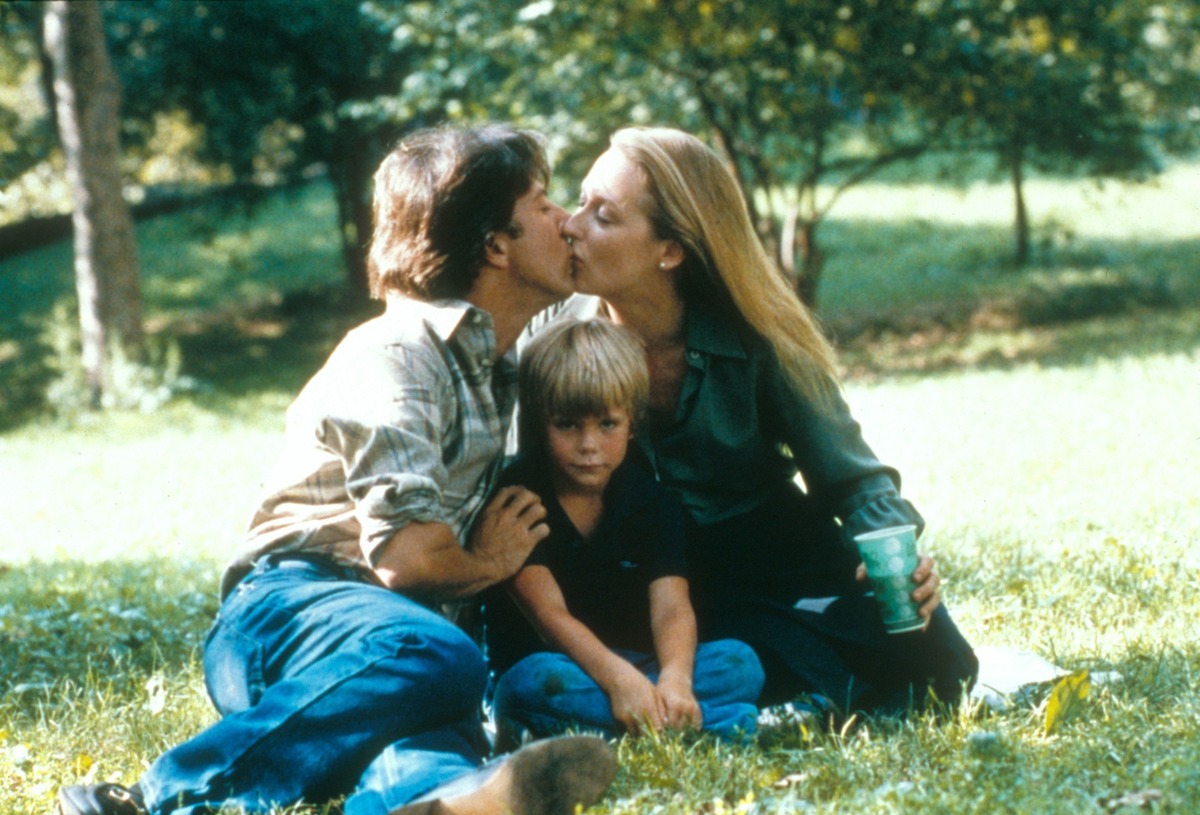 Dustin Hoffman, Meryl Streep and Justin Henry in the 1979 film Kramer vs. Kramer.

Schulman says one story from that Academy Awards night is particularly telling: After winning the Oscar and giving her speech, Streep went backstage to the ladies room, he explains. "As she was leaving the ladies room she heard someone say, 'Hey, someone left an Oscar in here,' and she realized she had left her statuette on the bathroom floor."

Streep has spent most of her 66 years being the best actor she could be, rather than merely a celebrity. In addition to winning three Oscars, she's received 19 Oscar nominations — more than any other actor. So it's altogether likely that there'll be more chances to say "Her. Again!" on Oscar nights to come.