Accessibility links
Tuesday Primaries: 5 Contests To Watch Besides The Presidential Race Among them: Two incumbent Pennsylvania congressmen are on the defense amid questions about their ethics and personal relationships; and Maryland candidates for Senate are divided by race and gender.

5 Other Contests To Watch In Tuesday's Primaries

5 Other Contests To Watch In Tuesday's Primaries 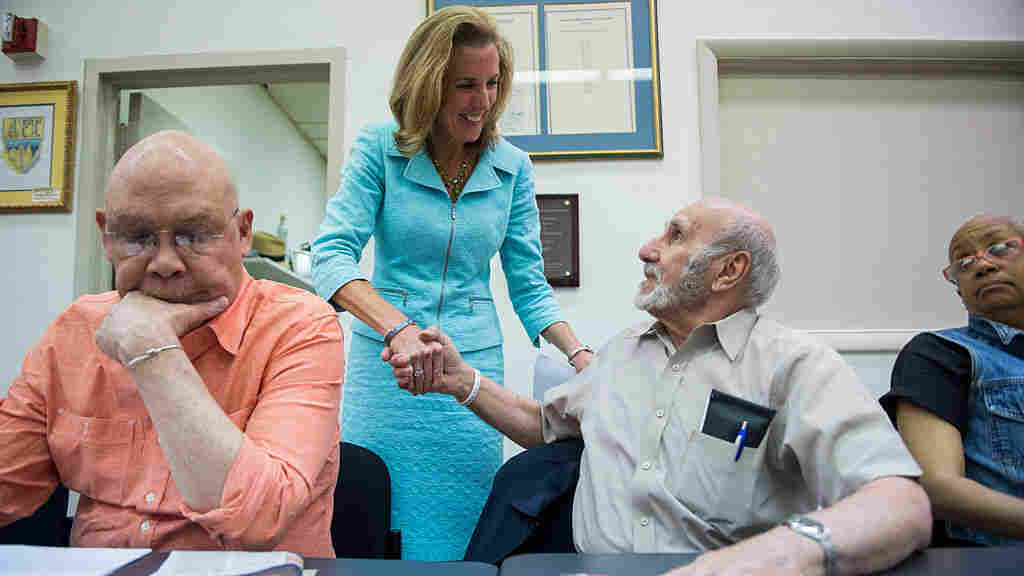 Candidate for U.S. Senate Katie McGinty, D-Pa., shakes hands with attendees as she arrives for her roundtable discussion with seniors at the Philadelphia Federation of Teachers in Philadelphia last week. Bill Clark/CQ-Roll Call Group hide caption 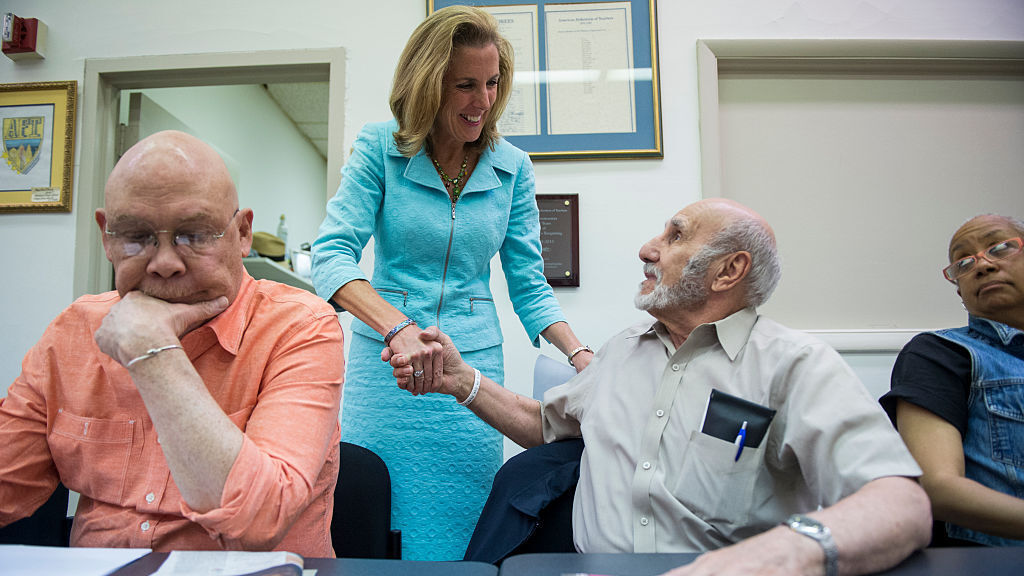 Candidate for U.S. Senate Katie McGinty, D-Pa., shakes hands with attendees as she arrives for her roundtable discussion with seniors at the Philadelphia Federation of Teachers in Philadelphia last week.

The presidential primaries in Connecticut, Delaware, Maryland, Pennsylvania and Rhode Island will get top billing on Tuesday night, but there are several other down-ballot contests to pay attention to as well.

One Senate primary in Pennsylvania will impact how competitive the race there might be in November, while in Maryland a bitter Democratic contest that's turned on race and gender will likely decide the state's next senator.

Two incumbent Pennsylvania congressmen are in danger of losing their primaries amid questions about their ethics and personal relationships. And in Maryland, another open House contest has reached record spending levels after a self-funding candidate spent more than $12.4 million of his own money to win the seat.

Here's what to consider in these five races to watch on Tuesday night:

Will national Democrats get their woman in Pennsylvania?

The fight for who will take on Republican Sen. Pat Toomey in the fall is the most consequential of Tuesday night's battles for the Senate. This Keystone State slot is one of several GOP-held seats in White House battleground states that went for President Obama four years ago — and that Democrats are aiming to flip in order to take back the upper chamber.

National Democrats have rallied behind Katie McGinty, a former state secretary of environmental protection and gubernatorial chief of staff, who they believe is the stronger general election candidate over former Rep. Joe Sestak.

The retired Navy admiral Sestak has had bad blood with both state and national Democrats ever since his 2010 run for Senate, when he declined to step aside for the party-switching Sen. Arlen Specter in the Democratic primary. Sestak won the Democratic nomination, but lost that November to Toomey.

Now, most Democrats feel Sestak is still too much of a loose cannon and generally a weaker candidate than McGinty. They've poured plenty of money and resources into helping her in the race, and a poll released Monday showed her with a very narrow advantage. President Obama has endorsed her, and Vice President Joe Biden was in his birth state to campaign with her on Monday, too.

But Sestak shouldn't be underestimated — he still has grass-roots support and never really quit running for the Senate. He even walked 422 miles across the state when he launched his campaign last year, and he's argued that national Democrats' overt support for his rival will backfire.

There is a third candidate running, too, who's in single digits: Braddock Mayor John Fetterman. The long-shot hopeful has endorsed Bernie Sanders in the state's presidential primary, and has publicly wondered why the Vermont senator hasn't returned the favor.

How will black women vote in the Maryland Senate primary?

There hasn't been an African-American woman in the Senate in nearly two decades — and that absence, coupled with her personal story as a struggling single mother, is a central part of Rep. Donna Edwards' pitch to voters. 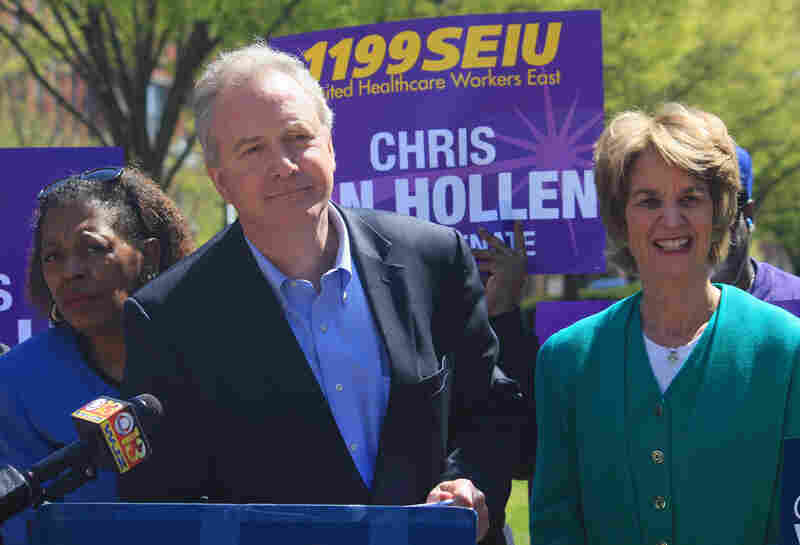 Rep. Chris Van Hollen has argued that voters shouldn't decide based on gender or race but instead on who's the best qualified to succeed the retiring Democratic Sen. Barbara Mikulski, the longest-serving female senator in history.

In fact, he's released a list of 100 African-American women leaders who are backing his candidacy over Edwards'. Van Hollen's supporters have also highlighted stories questioning how effective Edwards has been in the House and how well she works with other members of Congress. In response, Edwards allies have said such criticisms are sexist.

About 40 percent of the electorate is expected to be African-American, and who wins the bitter contest could come down to the Baltimore region. The city was roiled last year after the death of 25-year-old Freddie Gray while in police custody; trials are now pending against several officers. And a competitive mayoral primary also featuring two black women could help drive up turnout in the city.

"It's not that the black community doesn't like Chris Van Hollen. The issue is that there's little ideological daylight between the two," Mileah Kromer, a professor of political science and a pollster at Goucher College in Baltimore, told NPR. "Now you have an opportunity to send someone who actually looks like you to the Senate, and that's not lost on a lot of black women in Baltimore city."

Whoever wins the Democratic primary will be the heavy favorite in the general election in the blue state.

Most Maryland voters had never heard of wine retailer David Trone before, but it's a good bet they know him now, after the Total Wine & More co-founder spent $12.4 million of his own money blanketing the expensive D.C.-area airwaves and mailboxes in this suburban Maryland district.

The open seat to succeed Van Hollen has become the most expensive House race this year, and Trone is now the largest self-funding candidate in history after dipping deep into his own pockets in this nine-person Democratic primary.

Trone told NPR the investment was necessary to make him competitive with his better-known main rivals: former local TV anchor Kathleen Matthews (who's married to MSNBC's Chris Matthews) and state Sen. Jamie Raskin. Most observers believe it will be a close contest between the three top candidates.

Trone has defended his decision to self-fund his campaign and, like that deep-pocketed GOP businessman running for president, has said that by paying for the race himself he isn't beholden to anyone. But his rivals have charged Trone is trying to buy the seat.

While Trone's slickly produced, frequently aired ads certainly have raised his name in the region, some say his blanketing approach could backfire.

"I think that your primary campaign was over the top. It was just too much, too often," one voter told Trone outside a Metro stop last week. "It was like getting a phone call from your girlfriend asking you if you still loved her every 15 minutes."

Will federal corruption charges bring down a Pennsylvania Democrat?

Rep. Chaka Fattah is fighting for his political life after he was indicted on 29 counts, including racketeering, bribery and mail fraud, for allegedly misusing hundreds of thousands of dollars in campaign funds — some from his 2007 bid for Philadelphia mayor and his congressional account. 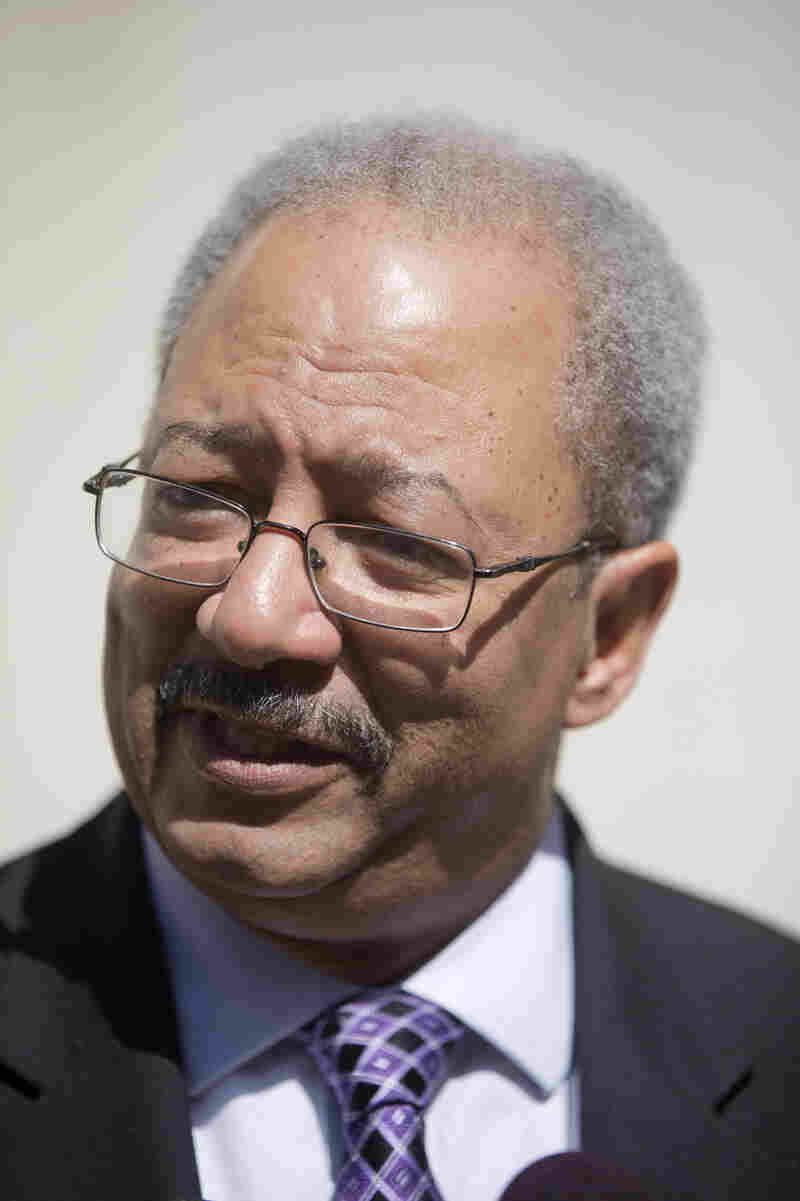 The 11-term Democrat could face significant jail time if he's convicted, but his immediate concern is staving off a strong primary challenge. He has three opponents, but the biggest threat is from state Rep. Dwight Evans, who has served in the Pennsylvania legislature for nearly four decades.

But even with criminal charges looming over the race, the Philadelphia Inquirer notes that the contest has been a surprisingly cordial affair. Fattah has reminded voters of his seniority in Congress and his seat on the powerful House Appropriations Committee.

Evans has racked up the most money in the race and has netted endorsements from major Democratic figures, including Philadelphia Mayor Jim Kenney and former governor Ed Rendell and current Gov. Tom Wolf. But if the other challengers split the anti-Fattah vote, the embattled congressman could still hang on.

Could a Pennsylvania Republican's dating life hurt him?

At issue is the divorced Republican's relationship with airline lobbyist Shelley Rubino, which his detractors have said is a conflict of interest, given the major committee he chairs.

Shuster has argued there's no conflict, because he has implemented a rule in his office that blocks Rubino from lobbying him or his staff.

"It's a private and personal relationship," the congressman told the Pittsburgh Post-Gazette. "It's a private matter. Let's move on to something else, some other questions."

But to his challenger Halvorson — who lost to Shuster in a 2014 primary by nearly 20 points — that's exactly the kind of Washington-insider coziness he's running against.

While Shuster has dwarfed his challenger in fundraising — bringing in $2.6 million to Halvorson's $264,000, including $200,000 in self-funding — the anti-Washington, anti-establishment tide could boost his underdog bid.

An earlier version of this story erroneously suggested David Trone is running as a Republican. He is a Democratic candidate for a U.S. House seat in Maryland.