Accessibility links
Kelly Ripa Comes Back To 'Live' Kelly Ripa returned to Live with Michael and Kelly on Tuesday morning following a tumultuous week in the wake of the announcement of Michael Strahan's departure.

Kelly Ripa Comes Back To 'Live'

Kelly Ripa Comes Back To 'Live' 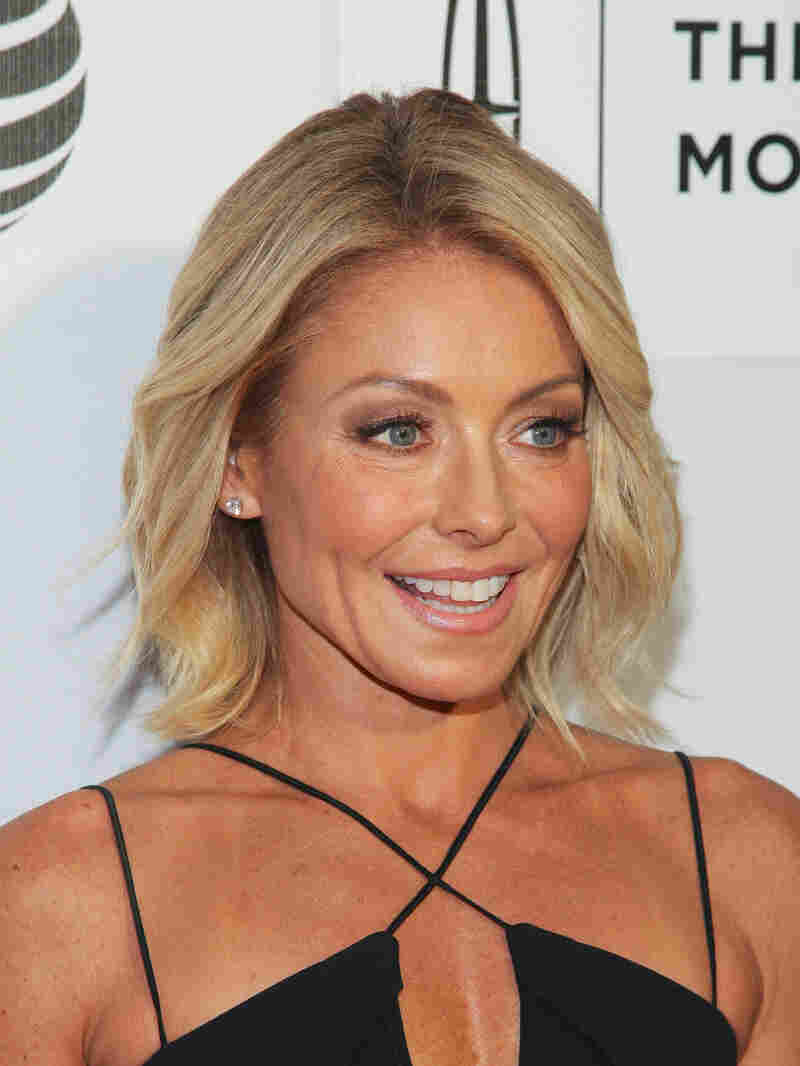 Kelly Ripa, seen here earlier in April, returned Tuesday to Live with Kelly and Michael after a dust-up with her bosses. Andy Kropa/Invision/AP hide caption 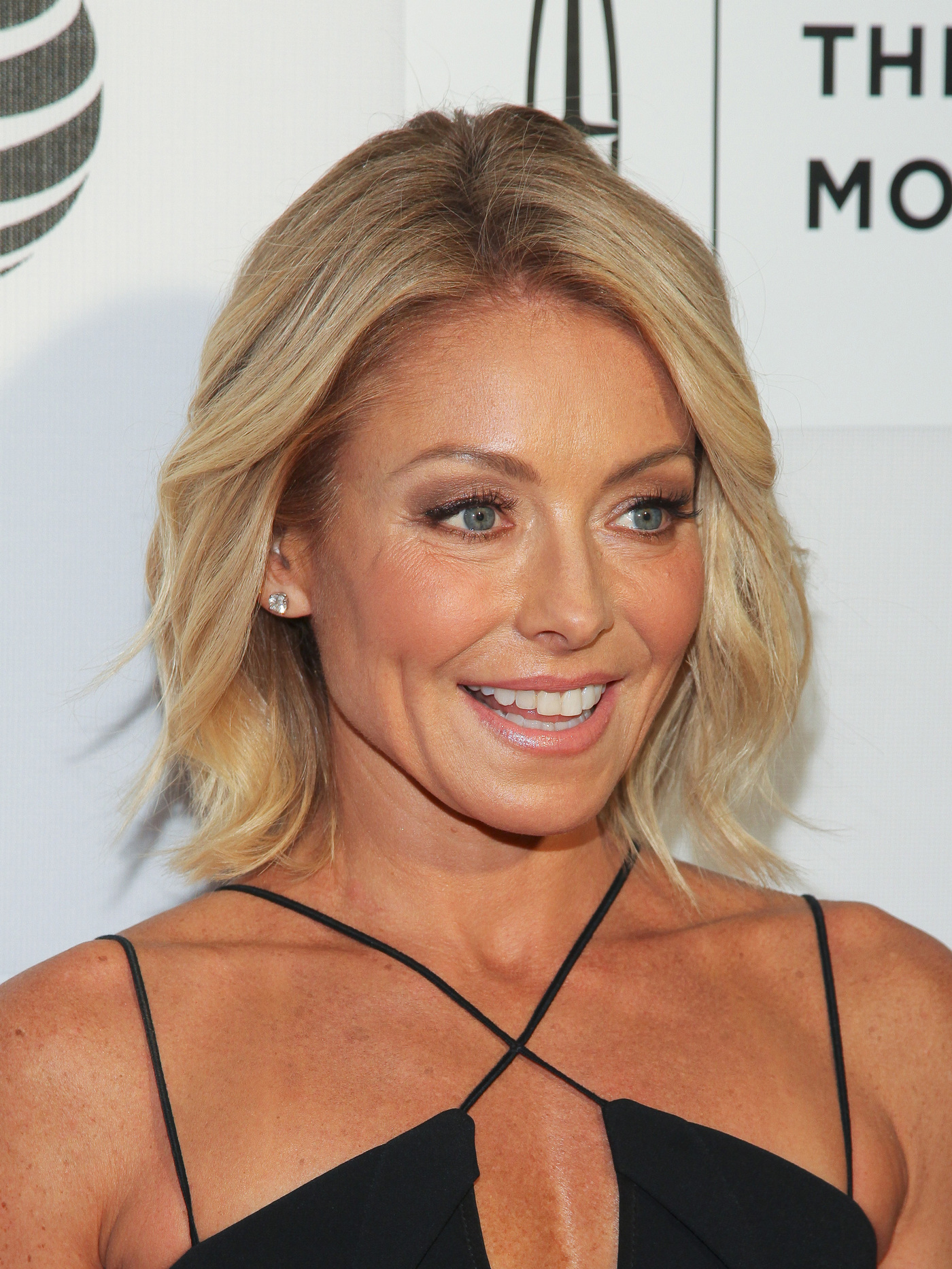 Kelly Ripa, seen here earlier in April, returned Tuesday to Live with Kelly and Michael after a dust-up with her bosses.

On Tuesday, April 19, the news broke that Michael Strahan would leave Live with Kelly and Michael to join Good Morning America. Strahan, who had been with Live since 2012, had been doing some work for GMA for a while, but now was making the switch full-time for good. A week later, the titular Kelly and Michael did their first show together since the announcement.

The intervening week did not go smoothly. Kelly Ripa, who had already weathered what The New York Times says was the abrupt announcement that Regis Philbin was leaving in 2011, was once again caught apparently unprepared. And she, who first came to ABC as an actress on All My Children in 1990 when she was 20 years old and has been with the company in various roles ever since, took exception to it and unexpectedly went off the air Wednesday and Thursday. Because she wasn't scheduled to work Friday or Monday, it wasn't until today that she and Strahan sat down at the desk together again. During her absence, ABC and Disney executives reportedly apologized to her, and to Strahan, and to both of their agents (oh, show business!) for the way the situation was handled. Unnamed sources shared that fact with the press.

But also, in a very smart column for Variety, TV critic Maureen Ryan pointed out that the apparent blindsiding of Ripa was depressing when viewed next to a bunch of unexpected deaths of female characters on television and particularly the vanishing of two women from prime-time partnerships where they once appeared indispensable: Stana Katic from Castle and Nicole Beharie from Sleepy Hollow.

Perhaps the most endearing thing Ripa said Tuesday morning as she returned was, "My dad, who was a bus driver for 30 years, thinks we're all crazy." Because this, of course, is the easiest response. Kelly Ripa makes a lot of money for a job an awful lot of people assume is an awful lot easier than their own. She's blessed, privileged, lucky, whatever you want to call it.

At the same time, she also makes a lot of money for other people. She is an asset to the bottom line of a giant company, and her mild protest seems to have been at least in part an effort to communicate a pretty simple concept: You can't do that to me. Yes, she also seems to have been unhappy, based on all the published reports, about the possibility that Live was being thrown under the bus, as it were, in favor of Good Morning America, but some of this seems to have been about the idea that when you've been with a company for 26 years, essentially all of your adult life, and when you've made them a lot of money and helped keep what was, of course, Live with Regis and Kathie Lee from dying upon its first departure, perhaps they could show you a little respect. Perhaps they could, yes, treat you like a star to whom accommodations have to be made. Because that happens in show business, quite a lot. If not to Kelly Ripa, then who?

Ripa did several things on Tuesday's show once she took the stage. First, she made it clear that she had agreed to some restrictions on what she would say and that she had negotiated some terms with her bosses — she said, "I'm pretty sure there are trained snipers with tranquilizer darts in case I drift too far 'off message.' " That both confirms that she's on board to get this all over with and makes sure you understand that she's not sharing her unfiltered opinion; there's more to her feelings than this, but this is what they've agreed upon. Second, she made no apologies for taking time away: "I needed a couple of days to gather my thoughts," she said. "After 26 years with this company, I earned the right." Third, she reaffirmed that this was not about feeling like she doesn't make enough money; it was about how people are treated. She told the audience that she was glad the whole situation had "started a much greater conversation about communication and consideration and, most importantly, respect in the workplace." Fourth, she publicly put ABC on the hook for what it had promised: "Our parent company has assured me that Live is a priority." And fifth, she disclaimed any antipathy toward Strahan or his success: "I am thrilled for Michael. [turning to him] I am thrilled for you."

And then she dropped the line about her dad the bus driver, because, yes, this all sounds utterly ridiculous when you think about it for very long and try to envision what it would be like to be Kelly Ripa and feel aggrieved.

Still, working alongside Kelly Ripa are producers and editors and bookers and all kinds of people who have nowhere near the power she has. There are people who do hair and people who clean and people who organize, and none of them have the ability Ripa has to figuratively cross her arms, look executives in the eye and say, "Excuse me?" And that's not even counting the people who merely watch the show and don't have that power. If she doesn't exercise it, isn't there a risk of them all learning that even Kelly Ripa doesn't get any respect, so what can you expect to demand from your job?

In fact, not all that many women in television have that kind of power. What Ripa did here was a pure show of force, no matter what anyone thinks of the circumstances in which she chose to do it. She stepped back, she made it clear she felt disrespected, and she forced an apology that ultimately demonstrated that whether they thought they'd handled it badly or not, she had the power to make them make a move, to make them officially apologize whether they meant it or not, and to let her say on air that this was about "communication, consideration, and respect in the workplace." She made her point. She didn't set her career on fire over it, and she appears prepared to go on graciously through what's sure to be a pain-in-the-neck replacement-seeking process, but she made her point. Even if it's all just a dance, she demanded it be performed.