Accessibility links
What Harriet Tubman, Prince And Beyonce Can Teach Us About Politics What if we took some tips from think-piece culture in the way we talk about our politics?

What Harriet Tubman, Prince And Beyonce Can Teach Us About Politics

What Harriet Tubman, Prince And Beyonce Can Teach Us About Politics 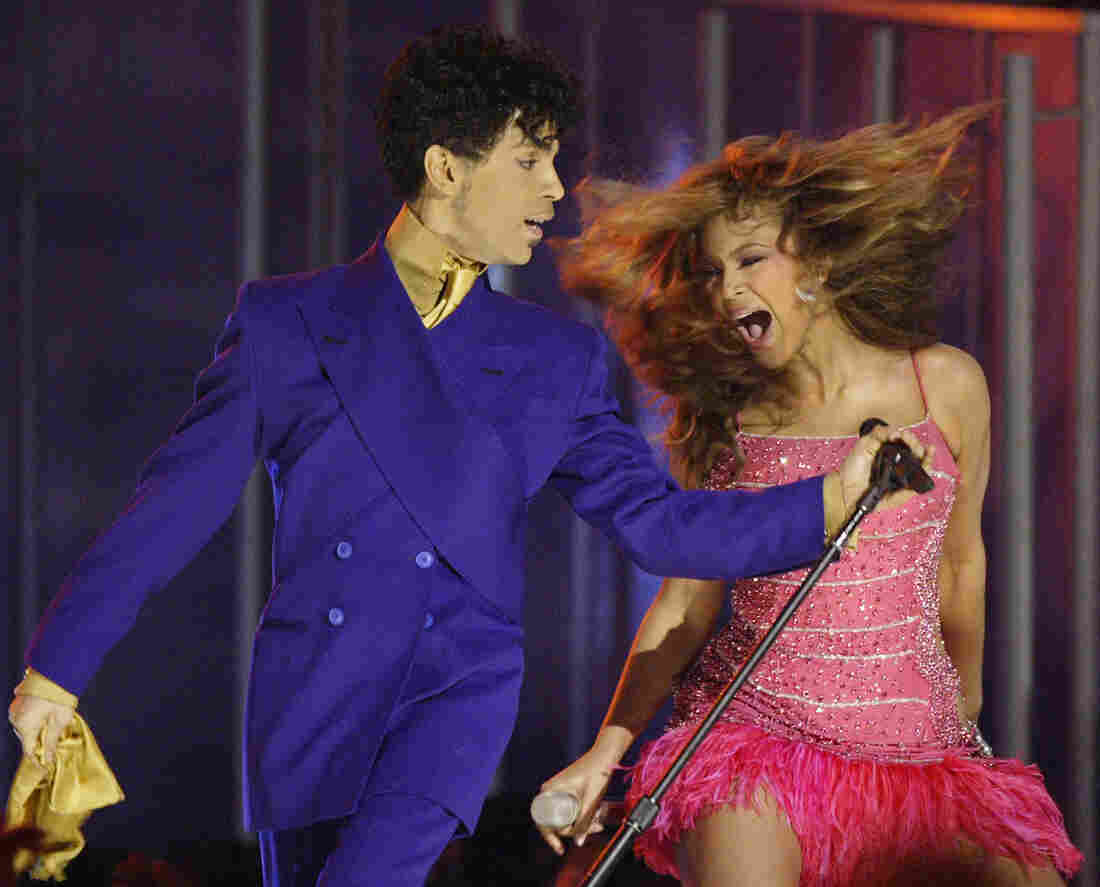 What if we talked about politics the way we talk about Prince and Beyonce? Kevork Djansezian/AP hide caption 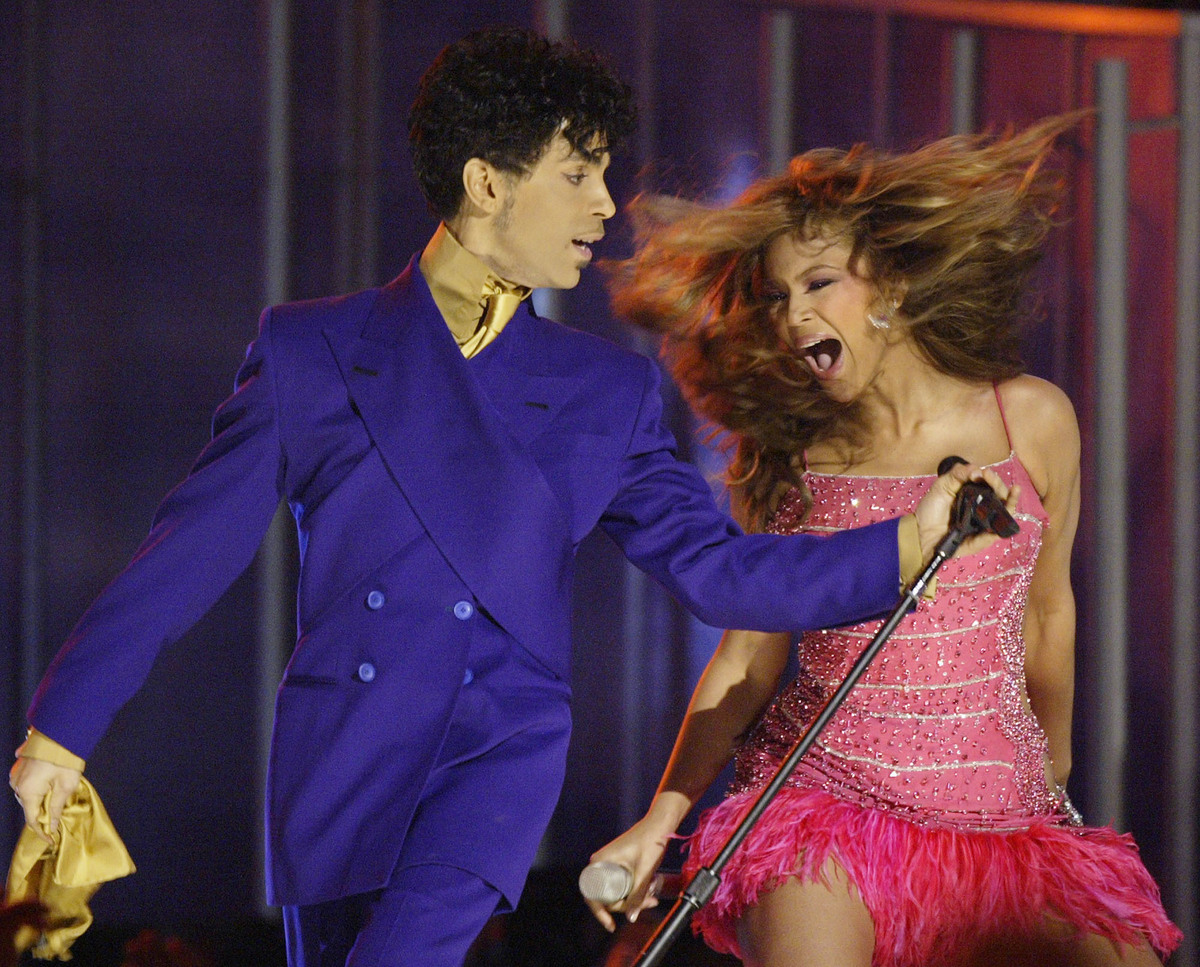 What if we talked about politics the way we talk about Prince and Beyonce?

The types of conversations I saw online about Harriet Tubman, Prince and Beyonce over this past week have yet to be duplicated in our nation's discussion of politics. I think that's a bad thing. And I will tell you why.

But first, let's try to put the week in some sort of perspective.

It is possible that the week was the Internet's Blackest Week. Ever.

A former slave and abolitionist took her place as the face of U.S. currency. A black rock and funk god died and made us remember just how much he changed everything about popular music. And Beyonce, she of a million think pieces, released a new "visual album" all about modern black womanhood, as well as her husband's rumored affair. The Internet proceeded to break.

There was so much to digest, to feel, to work through. It could be argued that with these events, black Twitter experienced the full range of human emotion in just a few days.

So. Many. Emotions. Elation when the Tubman news broke. Followed by confusion and perhaps a bit of disgust when it was revealed that Andrew Jackson would remain on the bill, just on the back. Followed by second-guessing about whether having Tubman on the currency was a good thing at all. And then a bit of disbelief when we all realized that favorite, favorite Tubman quote we love — "I freed a thousand slaves. I could have freed a thousand more if only they knew they were slaves" — she didn't even write it.

Another roller coaster with Prince. Grief and adulation and a visceral need to find a dance floor as if our drunken, tear-filled movement in the secular church of a nightclub might very well propel the man into heaven. And then, there was the re-education, the re-evaluation of what he meant besides his music. His racial ambiguity and transcendence, but also his undying support of the black community. His quiet activism and humanitarianism. His religious politics. His silent pain.

And let's not even start with Beyonce. Leave it to her to jam more rage and grace and healing and strength and strange into one hour of video than ... Actually, I don't even know what to compare it to.

If there is any through-line that connects these three stories, it is that they are all examples of black agency. Black ownership. Black liberation on black terms. Of course, there is no comparison to what Tubman went through, clearly. But you can see some connecting dots. Prince wrote "slave" on his face in protest of his record label's control over his career. The entire Lemonade album is one big rejection of popular culture's chokehold on who is considered worthy, who is considered beautiful, and who black women get to be.

It's all about liberation. The freedom to not just ask for your own, but to free hundreds of others in the process and even have a sit-in for $20 to free your father, too. The freedom to totally upend pop music's gender and race binaries, while also becoming bigger than you could have ever imagined. The freedom to be the biggest celebrity in the world and also connect your story with the story of all black women and the story of all their pain. (And also make an album all about your husband cheating, only to make him appear in the video and make him sell the album on his own music streaming service.)

And with all of this, there has been a freedom — online — to have messy, sprawling, confusing conversations about what it means. And these conversations, at least the ones I've seen, have taken the liberty to have conflicting ideas swimming around each other about Harriet and Prince and Beyonce, all at the same time.

Deciding who they are, what that makes us and who we get to be in real time. It's been thrilling to watch online. And a mess as well. But beautiful.

There is a beauty in this reconsideration. Because it not only means that we're growing. It also means we notice that very fact.

This deciding, of who we are and what we get to be, is inherently political. It always has been. And it is perhaps even more so in this election year, when the country is coming to terms with the end of America's first black presidency and grappling, on the macro level, with those same questions.

Who belongs in the country and who doesn't? Who are the 1 percent and do they have too much? Who gets to define what religious freedom means? Who gets to use which bathroom? Who is establishment? Who is a true progressive? Or a true conservative? Who can really get things done? What is a black life? What does it matter? Can we even say that?

Who are we? And what do we get to be?

Why, as shown last week, is it so much easier to have those conversations through the popular culture, and not through our politics?

Our most candid discussions of race and class and gender — among several other heady conversations — are not taking place on the campaign trail or even in the halls of Congress. They are happening in "visual albums," on the faces of $20 bills and through the eulogizing of a musical icon.

When we try to talk about messy things like race or gender on the campaign trail, often we end with politicians and protesters just shouting past each other. Or we just speak in hyperbole, bigger walls, millions more deported. All the banks, broken up, right away. Either you're sexist or you're not. And that's it. You're either with me or you're a bigot or an idiot or even worse — both.

If there is a lesson that Harriet, Prince and Beyonce can teach us is that there can be nuance. There is gray space. You can be right and wrong at the same time. You can reconsider what something means, what it meant, what it should be, in real time. Putting Harriet Tubman on a $20 bill can make you feel weird, and that's OK. Loving Prince's music but hating some of his beliefs is fine. Celebrating Beyonce's celebration of womanhood and black life while at the same time wanting to hunt down "Becky with the good hair" is a thing that can happen. And you can talk about it. All day.

You can reconsider it all. In fact, you're supposed to. One would hope this level of reflection, and re-reflection, might take hold in other aspects of our society, particularly in our politics.

I want the same gray space there, too. Imagine think pieces about the election or Congress that end in "actually, I don't know it all," instead of "I'm right and you're wrong" or "If this one thing happens, civilization will end." Or maybe no more of those memes where we call half the country stupid.