Accessibility links
For Donald Trump And Hillary Clinton Rivals, Indiana Could Be Last Stand Donald Trump, with about 75 percent of the delegates, and Hillary Clinton, with 90 percent, are so far ahead in their parties that only the most extraordinary events could prevent their nominations.

On To Indy: Hoosier State Could Be Stand For Trump Challengers, Sanders

On To Indy: Hoosier State Could Be Stand For Trump Challengers, Sanders 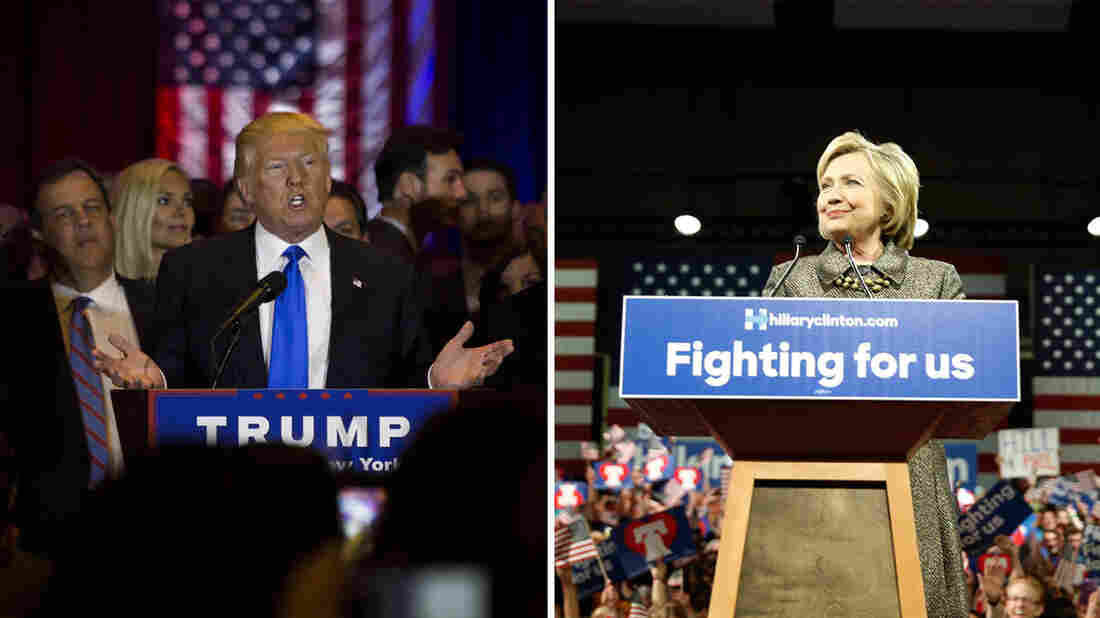 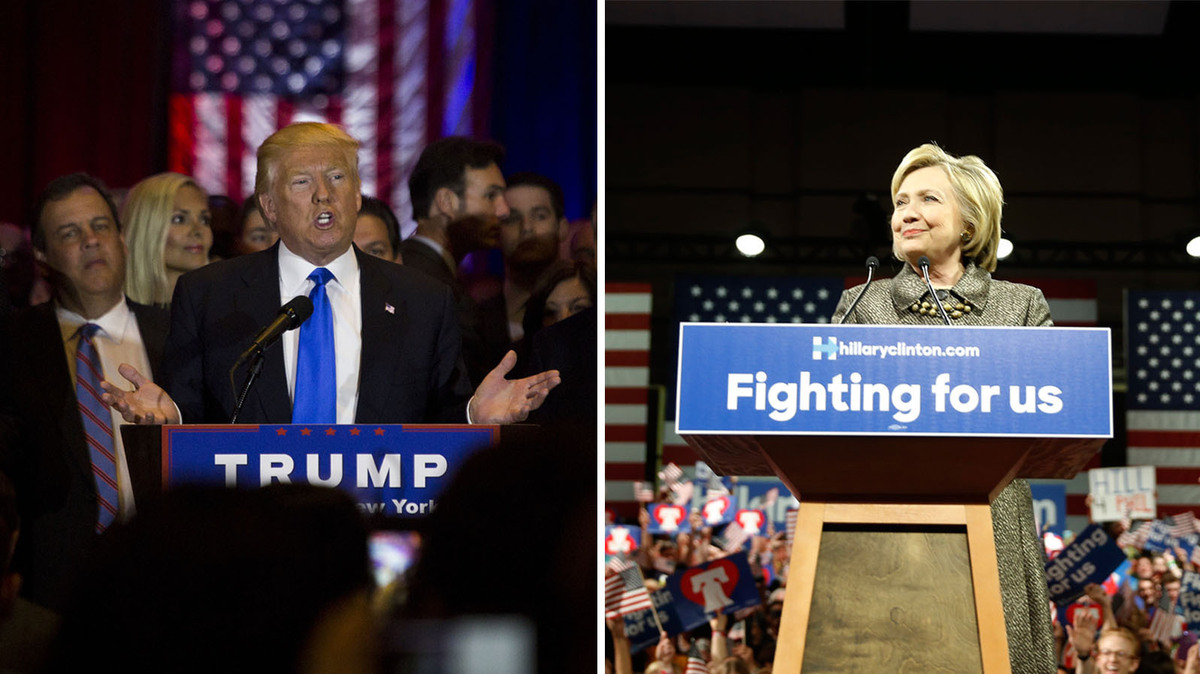 Donald Trump and Hillary Clinton speak to supporters while celebrating multiple primary victories across the Northeast on Tuesday night.

Everyone knew Iowa would matter — and New Hampshire, too. The other February contests got a lot of attention, as did Super Tuesday and the mega-states like New York. And, yes, late in the season, you heard people saying, it might all come down to California.

But when did anyone know to get excited about Indiana?

But it has come down to this. The months of campaigning and the millions of dollars and TV hours have brought the contest to the doorstep of the Midwest. With its mix of farmland and once-mighty industrial base, Indiana looks like the last stand for die-hards in both the stop-Trump forces of the Republican Party and the populist revolt on the left of the Democratic Party.

That is because the last two weeks of events in April have combined to put front-runners Donald Trump and Hillary Clinton so far ahead in their respective parties that only the most extraordinary events could prevent their nominations.

Trump now has about 75 percent of the delegates he needs for a first-ballot win. Clinton has about 90 percent of her nominating number, including majorities of pledged delegates and superdelegates. Both could lose all the voting events that remain through June and still reach the conventions with pluralities among the delegates.

With The Nomination All But Decided, Clinton's And Sanders' Goals Change

The Associated Press says Trump now has 950 delegates to the 560 bound to his closest competitor, Ted Cruz. His lead is probably bigger than that because he is likely to claim most of the 54 delegates from Pennsylvania who are currently unbound. Trump picked up more than 100 delegates on Tuesday; Cruz got three.

Similarly, on the Democratic side, the AP shows Clinton with 1,618 pledged delegates to 1,267 for Bernie Sanders. In addition, she can fall back on her fantastic cushion of superdelegates, the elected and party officials who have given 519 commitments to Clinton and just 39 to Sanders, so far. It is likely the remaining superdelegates will be similarly disposed to Clinton, and the campaign will unveil their commitments at an advantageous time.

To re-energize his drive for his remaining goals, Sanders well might focus on Indiana, where he has campaigned in recent days. Distrust of Washington and Wall Street is strong along the Wabash, and distress over trade deals thrives on the shores of Lake Michigan to the north. Recent polling in the state has shown Sanders within striking distance of Clinton in Indiana, trailing by about the same margin as Cruz trails Trump.

For her part, Clinton in her victory remarks Tuesday made clear her confidence in winning. But she was gracious to Sanders and moved in his direction on several issues, including the role of money in politics, adding once again that "there is much more that unites us than divides us."

On the Republican side, though, the drive for unity has yet to begin. Both Cruz and Kasich remain in the race. Trump opponents from both the establishment and the "movement conservative" media continue to search for other options, including means to force the nomination process beyond a first ballot.

With Tuesday's results, however, Cruz has no mathematical chance for a first-ballot victory, and Kasich's was extinguished a month ago. To even keep his flame flickering, Cruz must overtake Trump in Indiana next week and forge a miraculous late-inning comeback.

Indiana is key for Cruz because it has many voters who identify as very conservative or evangelical, two groups with whom he has done well elsewhere. It is also the test of Cruz's eleventh-hour alliance with rival Kasich. Cruz agreed not to campaign in late-voting Oregon and New Mexico if Kasich would stay out of Indiana. Kasich acceded, although his description of the deal has cast doubt on its terms and effectiveness.

At this moment, it is a popular idea among many campaign watchers that Cruz struck the deal to get Kasich out of the way in Indiana and give himself the one-on-one showdown with Trump he's been wanting all along. Who knows? By the time Oregon and New Mexico roll around, Kasich might not even be in the race.

Trump had belittled the Cruz-Kasich pact in recent days and dismissed both his rivals Tuesday night. Anointing himself the "presumptive nominee," he proceeded to turn his guns on Clinton. "All she has is the woman card," he said. "And the thing is, women don't like her. ... If she were a man, I doubt she'd have more than 5 percent of the vote."

Clinton seemed to have anticipated that attack earlier in the evening, saying: "If fighting for paid family leave and equal pay is playing the woman card, then deal me in."