Accessibility links
Review: Gregory Porter, 'Take Me To The Alley' The popular jazz singer follows a familiar pattern on his new album: It's acoustic, unconcerned with fashion or complexity, and both overpowering and soothing. That's a good thing.

Review: Gregory Porter, 'Take Me To The Alley'

Review: Gregory Porter, 'Take Me To The Alley' 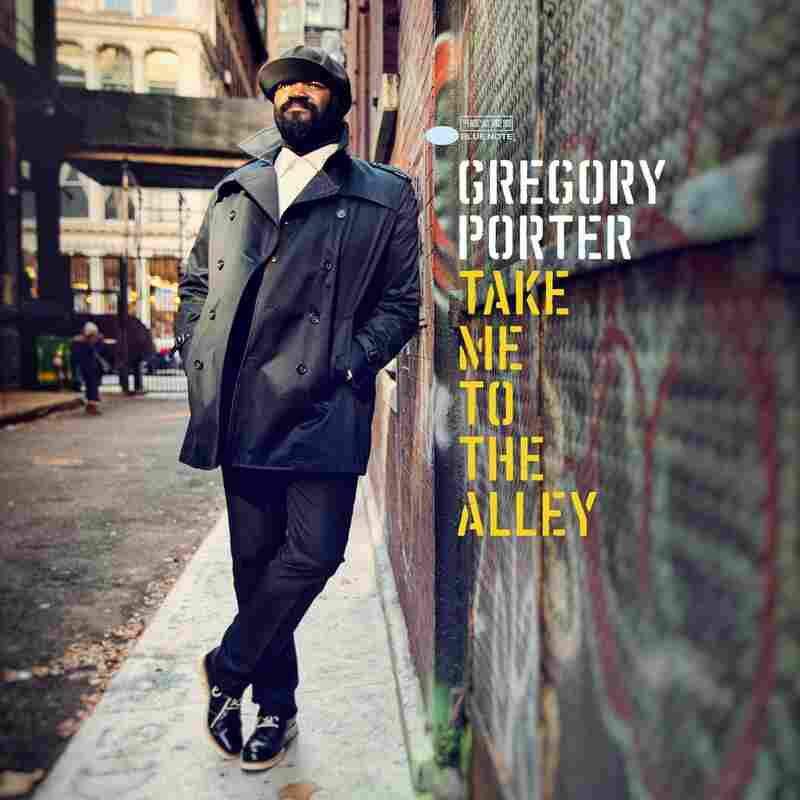 Gregory Porter, Take Me To The Alley Courtesy of the artist hide caption

Last summer, the massively popular British electronic duo Disclosure released a new album, and chose a song called "Holding On" as its lead single. It performed well on the U.S. and U.K. dance charts and spawned no fewer than five official remixes. It also featured the vocals of Gregory Porter, which means it brought someone theretofore known as a jazz singer onto, for instance, the beaches of Ibiza.

Full Disclosure: You won't get it here on Porter's new album. You will get a slower, acoustic, reharmonized version of "Holding On," arranged in the way Porter usually makes records. Other than a few supplemental musicians, Take Me To The Alley is driven by his working band of many years and the producer (Kamau Kenyatta) with whom he's worked since the 1990s. This is good, for that crew has developed a winning and popular formula, a pleasing summation of groove traditions where Porter's voice can overpower, manhandle, envelop and soothe, all at once.

You'd have to mention Porter's songwriting in that equation, and that's featured a bit more than usual here. He's got a clever way with parable and metaphor, often to incite some kind of social comment, as with the compassion of the visiting dignitary in the title track or the pan-African call in "French African Queen." There's a song for Porter's young son ("Don't Lose Your Steam") and one about his young son ("Day Dream"). Porter has roots in the black church — his mother (the inspiration for "More Than A Woman") was a minister of the COGIC denomination — and "In Heaven" is a song his family sings to departed kin. Naturally, those gospel roots often transmutate into songs about various romances, and there's more than a handful of those songs here, too.

Sonically, the band concocts a variety of pockets, both barnstorming and languid; there's little concern about fashion or complexity, just execution. And, of course, there's Porter's voice, which — what's left to say when the brawn/warmth dualism is so self-evident? Take Me To The Alley doesn't break new frontiers for Porter, nor for the genre delimiter he's said to represent, but those aren't the aesthetic ideals it seeks to reach. If forced, you'd call it pop-jazz, except it's the rare kind, with a simplicity unblemished by artistic compromise. Or maybe it's just that the now-familiar sound of his own design has become genuinely popular, even before Disclosure entered the picture, and it's a pleasure to see that sort of talent find its own way.