Accessibility links
Movie Review: THE FAMILY FANG Jason Bateman directs a cast including himself, Nicole Kidman and Christopher Walken in the story of a family where the parents' experimental performances included the kids from an early age. 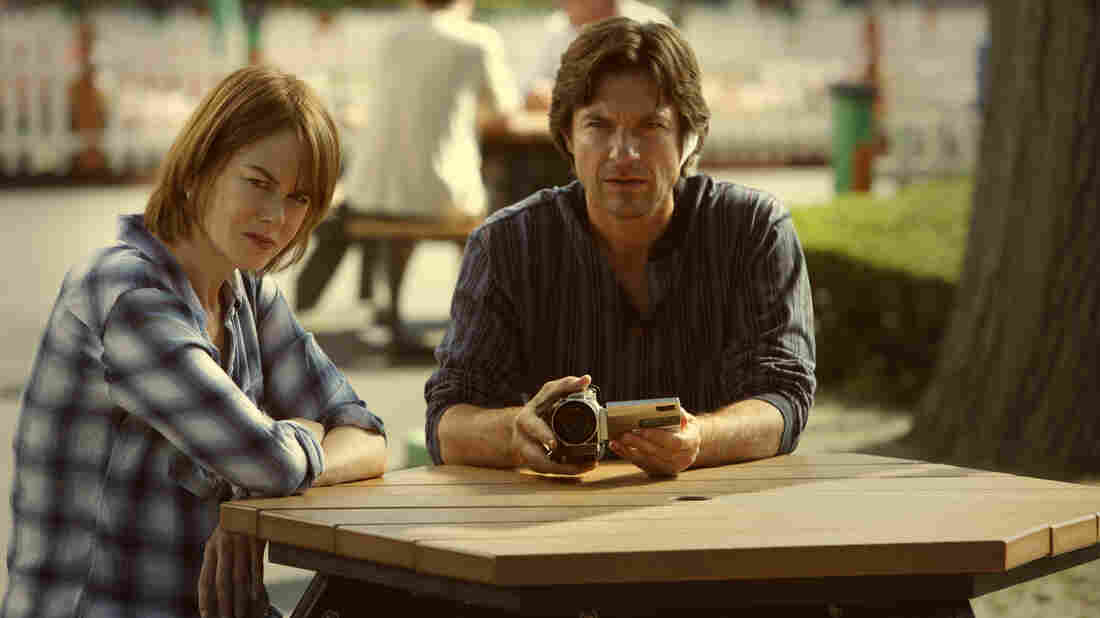 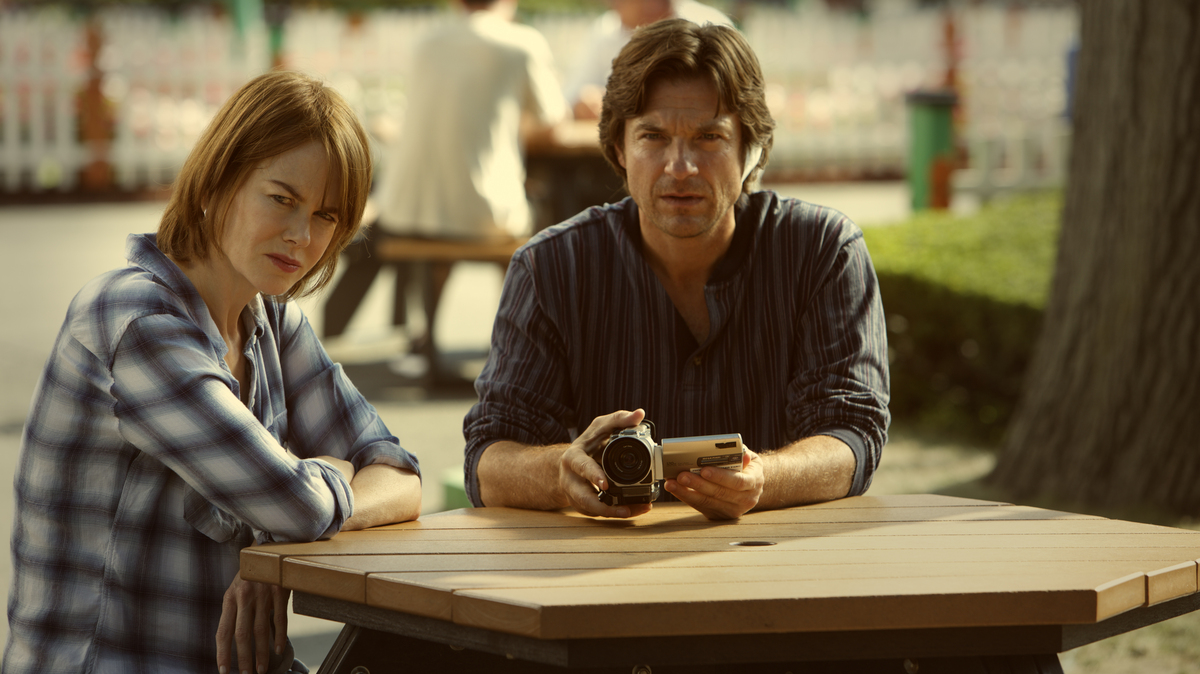 Nicole Kidman and Jason Bateman in The Family Fang.

The premise and poster of The Family Fang promise a dynasty of twee eccentrics with maladjusted children, like the Tenenbaums, or the Bluths of Arrested Development. But though the Fangs share the latter's Jason Bateman, here directing as well as once more playing the put-upon son, this is a different failed family, and they strike a different tone onscreen: one more principled and intimate than mannered or mocking. They're a clan of performance artists whose public spectacles puncture the very idea of how families are supposed to behave, now reckoning with the long-term consequences of such a life-consuming craft.

In the 1970s, the parents, Caleb and Camille, made their two children often-unwitting players in their prankish pieces: instructing their son to fake a bank robbery, manipulating a school production of Romeo and Juliet so the siblings would be forced to kiss onstage. Critics are divided on the artistic merits of such stunts, but everyone seems to agree that Caleb and Camille's work lost its pizzazz once "Child A" and "Child B" grew up and flew the coop.

Christopher Walken makes a brilliantly nasty patriarch, a bully who mocks and degrades all other forms of art as fake — including the acting and writing his grown-up children have done. He spouts Caleb Fang's ideas with such conviction, such pomposity, that it's easy to picture this man drum-majoring his family all these years, and also easy to picture them desperate to drift away from him.

This is what Annie (Nicole Kidman) and Baxter (Bateman) have done, the former becoming an alcoholic Hollywood star, the latter a struggling novelist and magazine writer who winds up back home after an on-assignment injury. But Fang mother Camille (played by Maryann Plunkett with more of a sly folk-artist's charm) has remained loyal, even though she secretly paints little country scenes on the side, stashing them away lest Caleb catch her aesthetic betrayal to his cause.

A Fang reunion in their sprawling upstate New York home is quickly followed by the sudden disappearance of the parents, and the discovery of evidence pointing to a serial killer's handiwork. Annie is too smart to fall for that trick, and starts piecing together any shred of evidence that they faked the whole thing. We're too smart to fall for it too, and yet the mystery of the Fang parents becomes oddly engrossing, or at least more so than the soul-searching it prompts in the children. Kidman's character succumbs to an implausible belief that she can somehow change her parents' essential natures until they're all a normal family, instead of a gallery piece. The mania she attaches to this motivation (complete with bulletin boards tracking the case) is too simple of an approach to the story. But Kidman does sell her chemistry with Bateman, a fraternal spark that comes with a taboo edge thanks to that Romeo and Juliet incident.

This is Bateman's second directorial feature, after the R-rated spelling-bee comedy Bad Words — a film that seemed to share Papa Fang's desire for shock and awe. For the first time, he proves himself capable of overseeing authentic human drama, and has moments here of a true filmmaker's eye, particularly in the flashback sequences depicting the "pieces," which are shot with lush colors and prompt a great sense of danger and uncertainty. "How far will they go with this?" we wonder, and cringe every time we get our answer. A crackling scene in the present day has the Fang parents trying to rebel against corporate fast food by handing out bogus coupons, only to be foiled by the human error of a stranger's kindness. This sequence's perfect escalation is how we learn that underneath all the Fangs' professed desire to incorporate the public into their art is a deep contempt for that same public: a contempt, even, for life unscripted.

Based on the 2011 novel by Kevin Wilson, The Family Fang sings with great ideas about the ways all families lie to their children, and what it means to live with people you can never take seriously (being constantly addressed with the performative monikers "Child A" and "Child B" has to take its toll eventually). But the film suffers from a similar fate to many movies about artists: in order to make sure the audience gets what these people are about, everyone talks too much about the themes at the heart of their work instead of letting the work speak for itself. The overly chatty script by David Lindsay-Abaire (a Pulitzer Prize winner for his play Rabbit Hole) has difficulty carrying its most promising themes to a satisfying payoff, and a third-act reveal is riddled with plot holes. Carter Burwell's gripping, ominous score suggests an untapped mystery and darkness to the material.

But though the Fangs themselves may not think much of their audience, their movie is still warmly inviting, because their peculiar frustrations become concrete and universal. That may not be a victory for Caleb's brand of art, but it is a minor one for filmmaking.