Accessibility links
Review: Julianna Barwick, 'Will' Barwick's songs are musical inkblot tests: The voices trickle in and out, but never quite materialize into lyrical coherency. So it's up to the listener to interpret them and ascribe personal meaning. 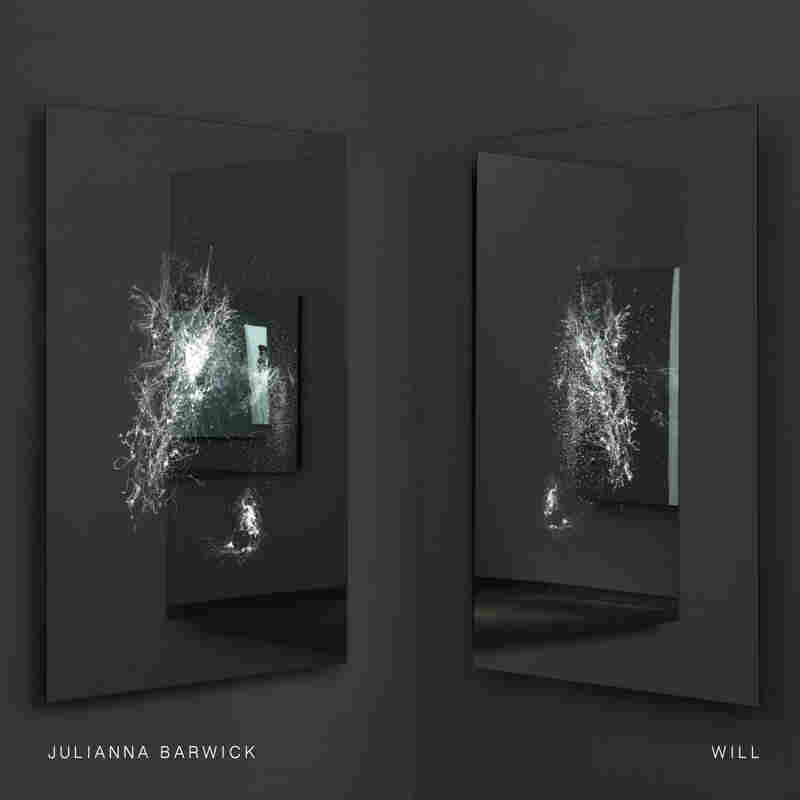 Julianna Barwick, Will Courtesy of the artist hide caption

To listen to the music of Julianna Barwick is to be swept away; to be transported someplace sacred. It's the sound of yearning, searching and escape — thematic and tonal threads that have defined her work since the beginning of her career. The singer, composer and producer's early albums, most notably 2011's The Magic Place, established her unique vision. Barwick sings wordless melodies into a single microphone, through basic looping pedals, and into a laptop. As each fragment is layered onto the next, her vocals bloom to form a ghostly, angelic choir. Influenced by the a cappella choral music and religious hymns that she found growing up in Louisiana, Missouri and Oklahoma, and later by the experimental music she came to discover after moving to New York, Barwick's music transforms her bedroom studio into an ancient, cavernous cathedral where harmonies soar rapturously toward the stratosphere.

For 2013's superb Nepenthe, Barwick broke out from the confines of her Brooklyn apartment and decamped to Reykjavík to record at Sigur Rós' famed swimming-pool studio, Sundlaugin. Where her previous records were the result of isolation and self-sufficiency, her collaboration with producer Alex Somers — not to mention the inspiration provided by Iceland's otherworldly landscapes — added a richer instrumental palette to her imaginative sound.

Now, with Will, Barwick has gone back to writing and producing on her own, and this time worked in different locales. These include the Moog Factory in Asheville, N.C.; a house in upstate New York; and in Lisbon, Portugal, where she recorded the eerie echoing voices of the album's opener, "St. Apolonia," at a train underpass. A loose song cycle, Will uses Barwick's wanderlust and longing as a sort of framing device. Throughout, these pieces capture a life in motion, with rhythmic drive that implies a sense of momentum. As in much of her work, Barwick's vocal loops embrace spontaneity and human imperfection rather than precision; there's a push and pull between complex structure and amorphous unpredictability. Yet on Will, Barwick frequently inverts her own formula by introducing analog-synth arpeggios or stark and tactile notes of piano as a backbone before her cooing harmonies begin to fade in and swirl around.

"Nebula" shows off this newfound interest in synth textures, adding a throbbing low-end drone and a brighter sheen in the upper registers while she sings what almost sounds like "I don't know who..." In the minimalist "Big Hollow," the celestial pads blend perfectly with spare piano as whispered-in-your-ear oohs and ahhs unfurl. Elsewhere, "Beached" swells from plaintive piano accompaniment to a full-voiced chorus adorned with somber cello flourishes. "Heading Home" begins with a childlike melody composed of tiny half-step snippets — timidly testing out one note at a time, then gaining confidence as that repeated figure develops upon each pass.

While created alone, Barwick does feature a few new collaborators, including Dutch cellist Maarten Vos and percussion from Jamie Ingalls. "Same" and "Someway" both showcase vocal harmonies from Mas Ysa's Thomas Arsenault, whose presence brings a new point of view, suggesting romantic bliss when his voice intertwines with hers. When they pine, "Don't believe, just make excuses..." there's rare clarity in their words.

Julianna Barwick's evocative songs are musical inkblot tests: The voices trickle in and out, but never quite materialize into lyrical coherency, so it's up to the listener to interpret them and ascribe personal meaning. Maybe it conjures that early-morning feeling of lying in bed half-awake as sunlight creeps in, or walking at night through streets blanketed in fresh snow, or watching distant landscapes roll by through a car window. But as the album closes with the transfixing "See, Know," it feels like every deliberately paced song has been leading up to this transcendent peak. It's as if we've been standing too close to a photograph, stepping back and seeing the ambiguous shapes come into focus. While Barwick's abstract music can help your mind wander, it also coaxes you to be present in the moment, no matter where you are.