Accessibility links
Donald Trump Spins From Slapstick To Serious And Back Again In the past 24 hours alone, the whiplash between what rival-turned-uneven-surrogate Ben Carson called the "two different Donald Trumps" was on bold display.

Will The Real Donald Trump Please Stand Up?

Will The Real Donald Trump Please Stand Up? 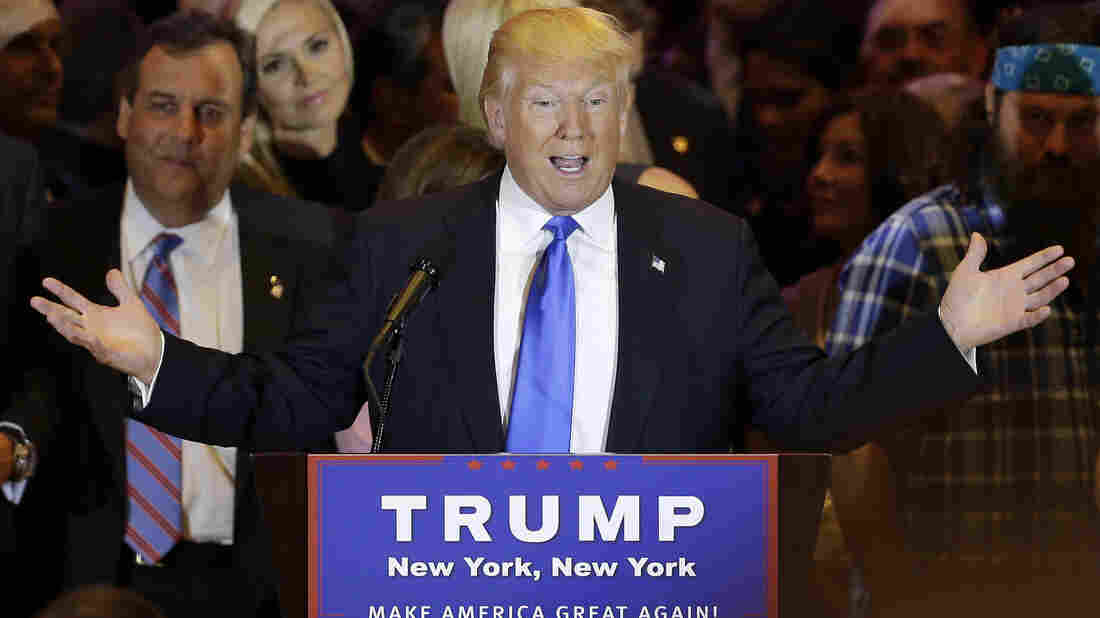 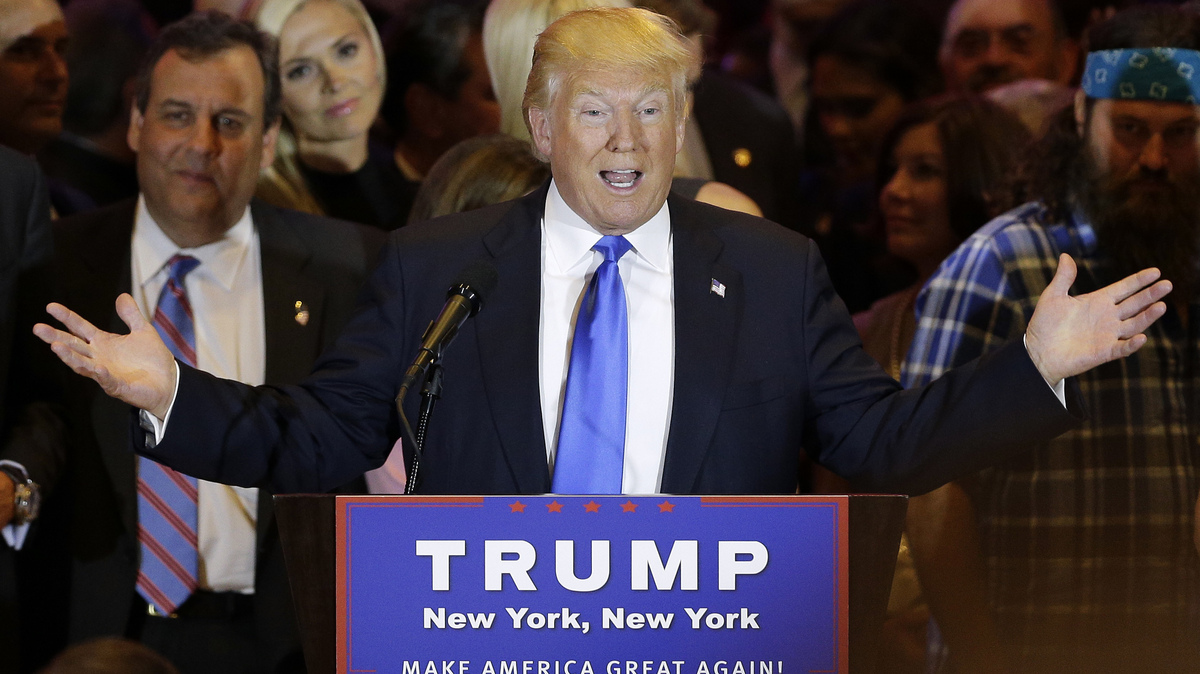 Lately, it's been a political guessing game of which Donald Trump is going to show up.

In the past 24 hours alone, the whiplash between what rival-turned-uneven-surrogate Ben Carson called the "two different Donald Trumps" was on bold display.

From a serious foreign policy address in the morning, he returned just hours later to his regular slapstick mockery of his rivals. But as Trump moves even closer to securing his party's White House nomination, the unpredictable dichotomy is one that's sure to worry GOP leaders, anxious over which Trump will show up when it matters most in November.

On Wednesday evening, it was pure, unfiltered Trump who took the stage in Indiana. Hoosier legend, former Indiana University basketball coach Bobby Knight (whose own temper is controversial in itself), introduced him, endorsing the real estate mogul as "the most prepared man in history to step in as president of the United States."

"There has never been a more honest politician than Donald Trump," said Knight, who was fired from IU in 2000 after "uncivil, defiant and unacceptable" behavior that included allegedly choking a player.

"They say he isn't presidential. I don't know what the hell that means," Knight thundered to loud applause.

Trump's speech that followed was largely of the mold that many GOP leaders worry is decidedly unpresidential. The mocking of Ohio Gov. Kasich's eating habits was a staple. He again berated Ted Cruz, boasting that he has won evangelical voters this cycle while Cruz holds up the Bible, puts it down, "and then he lies."

And even though he had some kind words about the Fourth Estate after his Tuesday night landslide, Trump was back to calling the press corps following him "the world's most dishonest people" on Wednesday evening in Indiana. The crowd, as usual, ate it up and joined along in the jeers.

Just a week earlier, there seemed to be a shift in Trump land. Ever since the GOP presidential front-runner hired political strategist Paul Manafort to helm his maligned delegate operation, the longtime Republican hand has tried to telegraph the message that the controversial reality TV star would eventually "evolve" and tone down his temper and tenor on the campaign trail.

That promise seemed to have been fulfilled after Trump's landslide win in New York last week. In a more subdued victory speech at Trump Tower, he was cordial to his bitter rival Cruz, even referring to him as "senator" instead of the "Lyin' Ted" moniker he's bestowed on him.

But a week later, that collegiality was gone after Trump himself pushed back on the idea that any change was forthcoming. Campaigning in Rhode Island and Pennsylvania ahead of his sweep of five states Tuesday, Trump was back to insults and his usual freewheeling, unpredictable style. That's where he premiered his critique of his struggling rival Kasich's eating style on the campaign trail.

"He has the news conference all the time when he's eating. I've never seen a human being eat in such a disgusting fashion," Trump thundered.

After his big wins on Tuesday — which possibly put him on an irreversible path toward winning the GOP nomination — Trump was back to a more unplugged style.

Turning an eye toward the general election and likely rival Hillary Clinton, he went hard after the Democrat for "playing the woman's card." It was a new line of attacks that likely worry many party strategists as they seek to woo the important female voting bloc in November, among whom Trump has high unfavorables in general election polling.

"If Hillary Clinton were a man, I don't think she would get 5 percent of the vote," he jabbed at the end of his remarks. Calling in to news shows the next morning, he continued that line of criticism.

Later Wednesday afternoon, however, a more presidential sounding and looking Donald Trump showed up. Giving a major foreign policy speech in Washington, he was far more straight-laced, reading prepared remarks from a teleprompter.

"The speech was more a litany of what Trump doesn't think has worked rather than a prescription of specifics — he did not mention his wall with Mexico and only alluded to his call for a temporary ban on Muslims coming into the U.S. But his 38-minute remarks did offer a peek into Trump's worldview, a window into a 'Trump Doctrine' that is reflexively protectionist, against nation-building — underlined by the slogan 'America First' — and reliant on a backbone of military strength.

"It also gave Trump the opportunity to appear more serious and less bombastic. If there are two Trumps, as Ben Carson has said, this was 'Presidential Trump.' There were no 'Lyin' Ted' references or mocking of John Kasich's eating habits."

Just hours later though, he was back to his usual routine — for the most part. There was one subtle instance of restraint during his Indiana rally Wednesday night. He still took glee in mocking Cruz's decision to tap Carly Fiorina as his vice presidential pick even though the Texas senator is mathematically unable to get enough delegates on the first convention ballot.

But he refrained from any overt attacks on Fiorina herself, a departure from last fall, when he derided her appearance.

Overall, Trump perhaps summed up his philosophy best during his Trump Tower victory speech Tuesday night: "If you have a football team, and you're winning, and then you get to the Super Bowl, you don't change your quarterback, right?"

Trump may take a knee more often on the campaign trail and give voters flashes of that more subdued version of himself. But Wednesday alone demonstrated he's going to continue to blitz in his own way, like it or not, for the foreseeable future.