Accessibility links
After Dividing For Decades, Highways Are On The Road To Inclusion Highways are supposed to help get people from one place to another, but Transportation Secretary Anthony Foxx says that in many cases they have also divided neighborhoods. He's trying to change that. 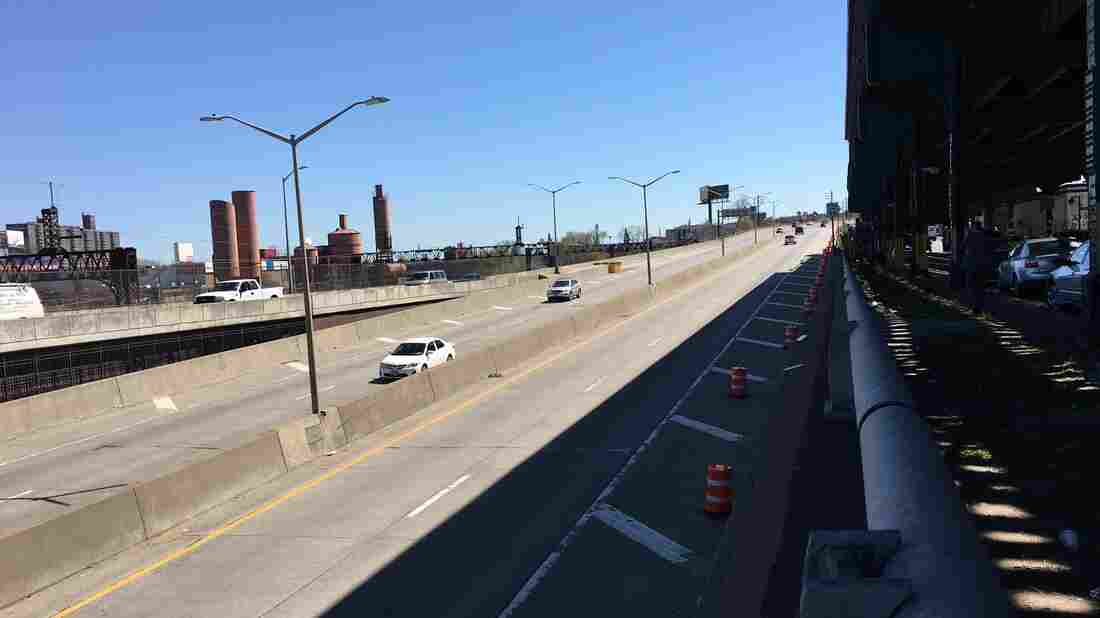 The Sheridan Expressway is little-used, and neighborhood groups hope to convert it to a boulevard. Brian Naylor/NPR hide caption 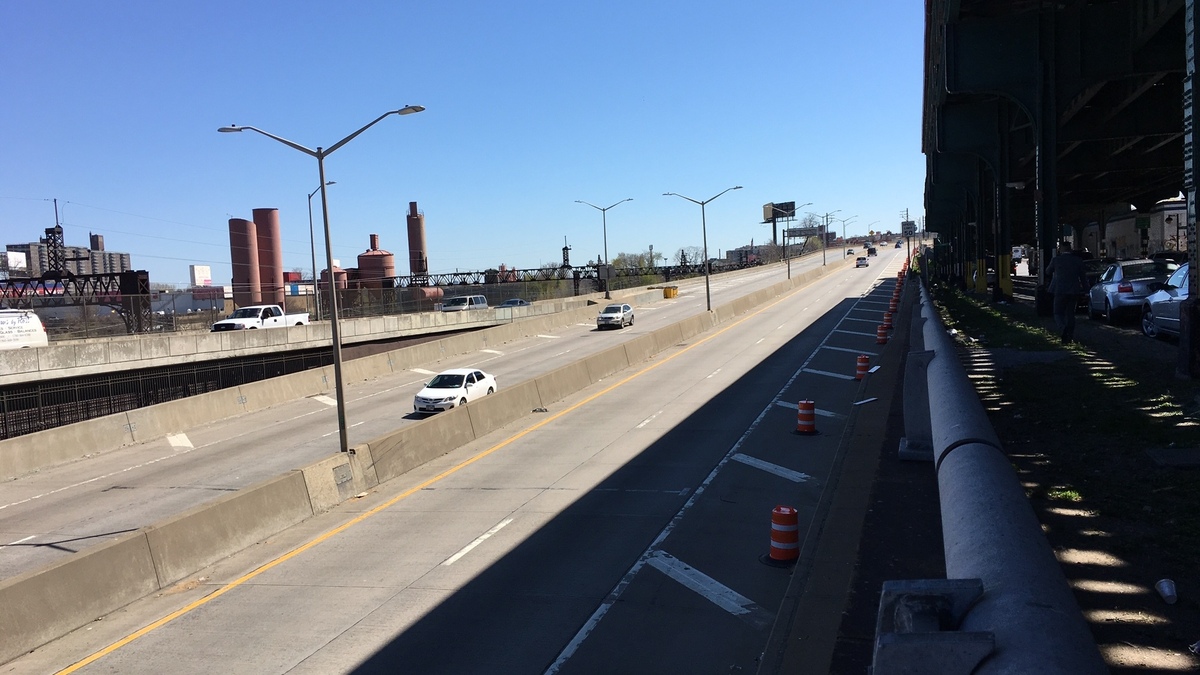 The Sheridan Expressway is little-used, and neighborhood groups hope to convert it to a boulevard.

When the interstate highway system was built in the 1950s and '60s, it was hailed as a marvel of transportation technology, connecting cities and suburbs, and stitching the nation together. But it also divided the country. The highways slashed through countless neighborhoods and leveled communities.

For years activists have pushed to alleviate those past divisions, and some of those efforts — from Syracuse to San Francisco to South Bronx — are now paying off. 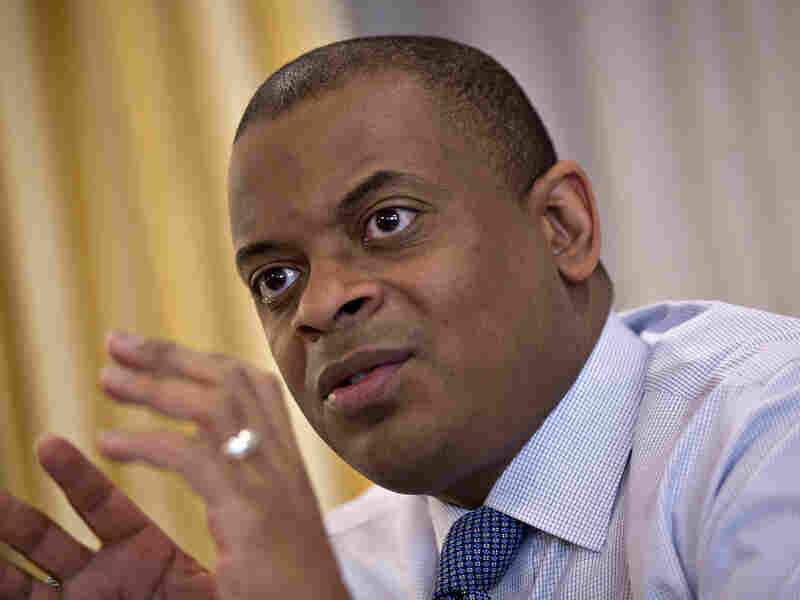 Transportation Secretary Anthony Foxx says when the U.S. highway system was constructed decades ago it carved up sections of some neighborhoods. Now, he says, "we can do something about it." Bloomberg/Bloomberg via Getty Images hide caption

Anthony Foxx remembers riding his bike as a boy in the neighborhood in Charlotte, N.C, where his grandparents raised him. He couldn't get very far. Foxx, now U.S. secretary of transportation, said the neighborhood was cut off from the rest of the city by two interstate highways.

"I didn't realize it as a kid," Foxx told NPR. "I didn't think about it as economic barriers, psychological barriers, but they were, and the choices of where that infrastructure was placed in my community as it turns out weren't unique to Charlotte."

In New York, for instance, controversial planner Robert Moses was notorious for tearing up communities in the interests of the car, opposition be damned. In a 1959 speech, Moses asserted that "our categorical imperative is action to clear the slums and we can't let minorities dictate that this century-old chore will be put off another generation or finally abandoned."

The notions of who's in or who's out are still part of the built environment, and we can do something about it.

Foxx says the highway barriers created by Moses in New York and others elsewhere in the country were the result of deliberate decisions to route them through low-income neighborhoods. Now, decades later, as infrastructure needs replacing or repairing, Foxx says there is an opportunity.

One community where something may be done soon is in the Hunts Point section of the south Bronx.

It's a neighborhood lined with small auto body shops and surrounded by waste transfer stations and a major food distribution center. Trucks are a constant threat on the local streets.

Danny Peralta, who runs The Point, a nonprofit youth group in the neighborhood, says "its not uncommon for you to stand on any corner and not even be able to hear yourself think because of all of the diesel trucks coming in and out."

And there are expressways, including the Sheridan, a mile-and-a-quarter-long stub of a highway, planned by Moses and built in 1963. Moses displaced thousands of residents and several businesses to do it.

Moses' original intent was to extend the highway farther north, but that would have necessitated traversing the Bronx Zoo, and not even Moses had the political clout to pull that off.

The Sheridan is little-used; Peralta showed me a photograph of community activists sitting on the empty highway during rush hour one afternoon. And it blocks people in the largely Hispanic neighborhood from new parks alongside the Bronx River, like Concrete Plant Park, a hidden slice of nature built on the site of an old, yes, cement plant. 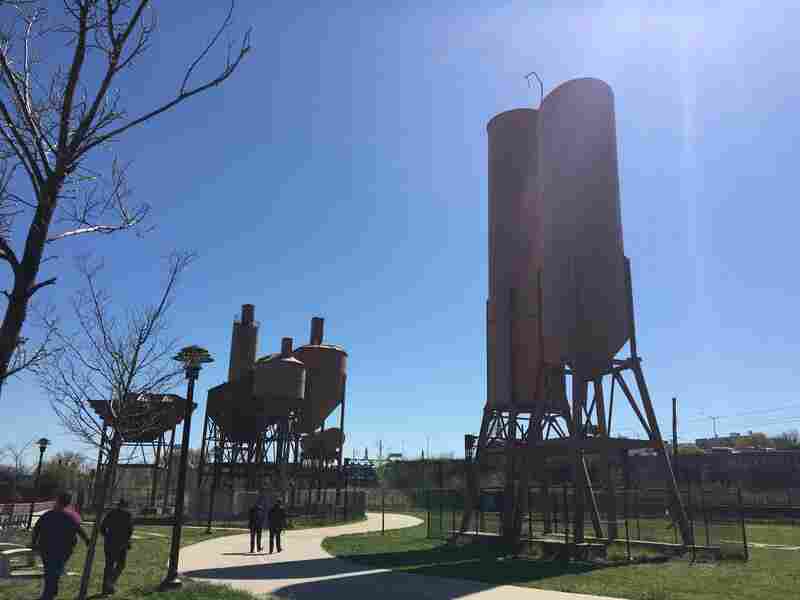 Concrete Plant Park, built alongside the Bronx River, gets little use because it's difficult to reach, thanks in part to the Sheridan Expressway. Brakkton Booker/NPR hide caption 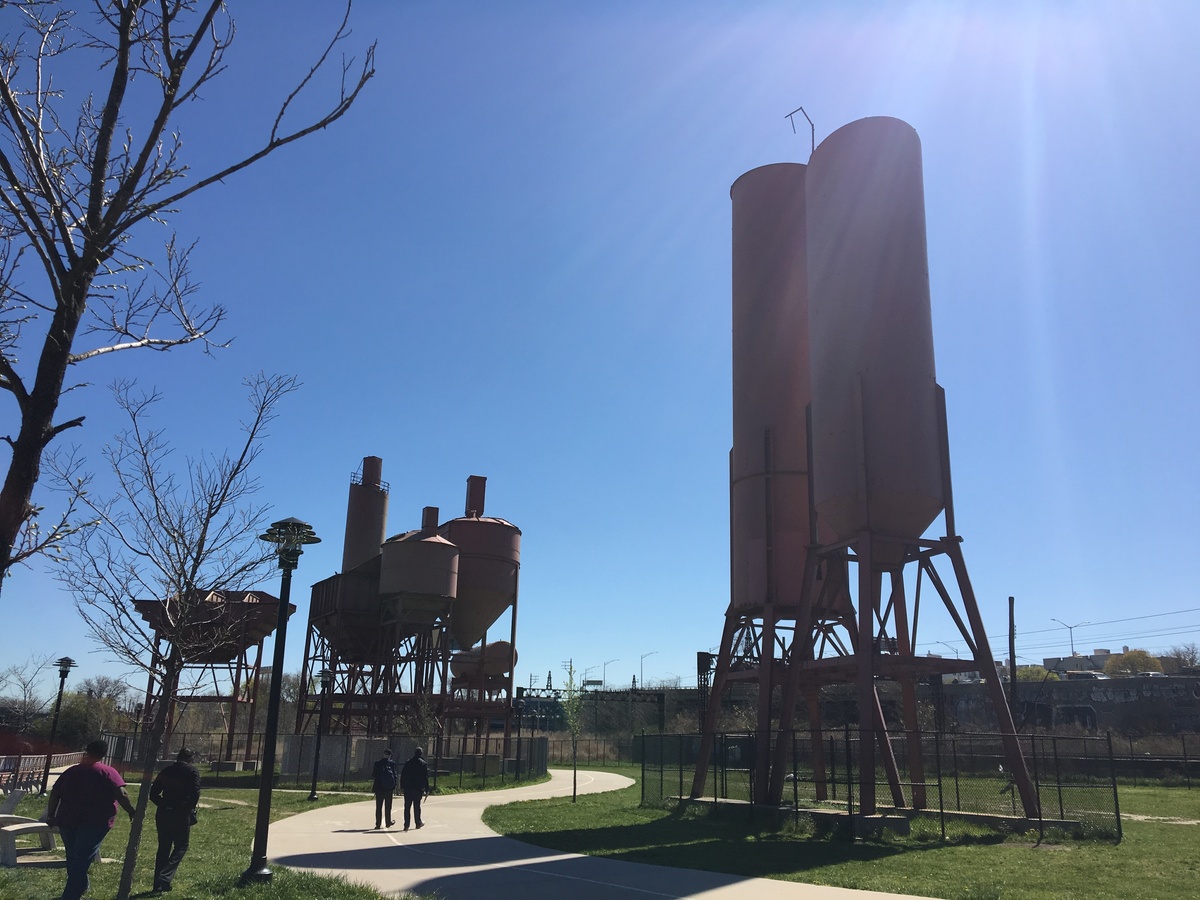 Concrete Plant Park, built alongside the Bronx River, gets little use because it's difficult to reach, thanks in part to the Sheridan Expressway.

Peralta guides us down a ramp into the park.

"It leads you to a little tranquil space. The birds are chirping; you may hear a little bit of the water moving. You definitely hear less of the traffic from that side. It's nice."

It is nice, but because of the expressway, few in the neighborhood go there. There is a bridge over the Sheridan, next to an elementary school. But Wanda Salaman, of the Bronx group Mothers on the Move, says its not a place you'd want your kids to go.

"This bridge kids call the needle bridge, because it used to be dirty and have a lot of needles and stuff like that," Salaman says. She says the choice is either "you get hit by a truck" on the surface streets, or go over the bridge and "you see other crazy stuff."

This bridge kids call the needle bridge, because it used to be dirty and have a lot of needles and stuff like that.

It's taken nearly two decades to persuade officials to do something about the Sheridan. Elena Conte of the Pratt Center for Community Development says that low-income neighborhoods aren't viewed as worthy.

"We've seen that where there is a will there is absolutely a way," Conte says. "The reason there isn't a will is because communities of color and low-income communities aren't valued in the same way that their counterparts in other parts of the city are."

But years of activism may have paid off. Earlier this month, the state of New York approved $97 million to convert the Sheridan Expressway into a boulevard, with crosswalks and bike paths.

What's underway in the South Bronx is taking place in cities across the country. On Thursday, Foxx took part in a groundbreaking ceremony in Baltimore, where neighborhoods cut off by a highway project in the 1970s will be reconnected to downtown.