Accessibility links
Mother And Daughter Come Together At The Card Table In 'The Bridge Ladies' Betsy Lerner writes about joining her 83-year-old mother's weekly bridge club in her new book, which critic Maureen Corrigan calls a "smart and colorful memoir." 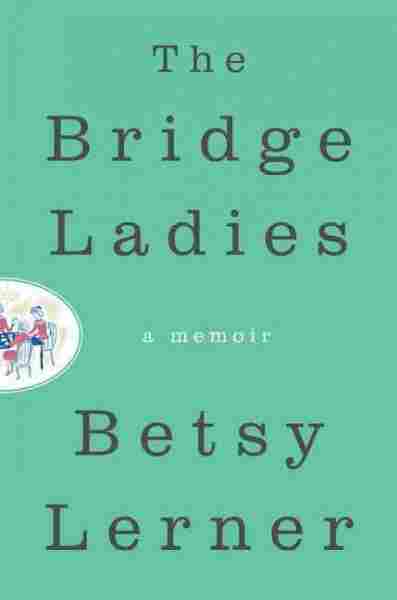 As America's population ages, we're going to be seeing a lot more of these kinds of books: I'm talking about memoirs, written by adult children, about the extreme adventures of caring for and reconnecting with their elderly parents.

At the forefront of this emerging genre, of course, are cartoonist Roz Chast's brilliant graphic memoir, Can't We Talk about Something More Pleasant? and George Hodgman's deeply affecting and absurdist, Bettyville.

Now, Betsy Lerner in The Bridge Ladies ups the ante, to mix my card metaphors. She writes not only of re-entry into the life of her then-83-year-old mother, Roz, but also of becoming a kind of auxiliary member of Roz's Bridge Club, which has been meeting in a suburb of New Haven, Conn., every Monday for more than 50 years.

Because Lerner's focus is wider and because her mother, Roz, is still very much alive and "with it," this memoir is messier, more open-ended than its predecessors. The relationship between Lerner and her mother is still in process — just like those bridge games.

Lerner tells readers at the outset of her book that she and her mother never were close and that, back when she was a deliberately lumpen 1970s teenager — all attitude and black Grateful Dead T-shirts — she disdained those ladies who showed up in the afternoons to play bridge, resplendent in "shimmery nylons" and fresh manicures.

The ladies, all Jewish, were comfortably married to Jewish men, and only one of the five worked outside the home. As Lerner says of her younger self, "I was after bigger game. I was already reading Anaïs Nin and Henry Miller."

Lerner did escape to New York, but after a couple of decades she, her husband and daughter were pulled back to New Haven by a job offer. Then, Lerner's mother needed help recuperating after surgery and Lerner offered to move back into her childhood home for a week. That's when she encountered the Bridge Ladies again. They turned up at the door — smaller and slower, some of them now widowed — all still beautifully groomed and offering home-cooked comfort food.

Lerner became more curious about their lives and, especially, about the inner life of her own emotionally closed mother. She asked the ladies if she could sit in on their Monday Bridge Club. As it turns out, she became a regular for almost three years.

You can imagine the dire Lifetime Movie tailspin that this memoir could have fallen into: Lerner coming to appreciate the Bridge Ladies' wisdom and Jell-O molds; the Bridge Ladies smoking marijuana for the first time under Lerner's expert tutelage. But fortunately, Lerner's skepticism, as well as the contained nature of the relationship with her mother and the Bridge Ladies, keep the saccharine quotient low.

Lerner not only learns to play bridge adequately, but also learns a certain amount of personal history during those three years: flawless Bette, for instance, had dreams of becoming an actress; Lerner's mother, Roz, goes into a little more detail about her own struggle with depression and the loss of a toddler daughter. But the most surprising revelation here is not so much what the Bridge Ladies say, but, rather, the fact that they don't say much at all.

Lerner tells us that she began sitting in on the Bridge Club "hoping to find remnants of a 1970s encounter group." She even "noodged" the ladies with intrusive questions about their husbands and sex lives. But, to her dismay, what Lerner found was that, week after week, year after year, her mother and the other Bridge Ladies met for a nice lunch complete with napkin rings, chatted about events like births and graduations and then chiefly concentrated on playing bridge. Lerner says, "I've learned by now that their reticence is largely generational. For them, the word share meant splitting a sandwich."

Speaking of her own generation's ready willingness to discuss therapy, divorces and colonoscopies at cocktail parties, Lerner says, "To [the Bridge Ladies] our lives must look like a massive oil spill off the Carolinas."

The very fact that the Bridge Ladies keep bravely playing on, year after year --through illness and loss and the indignities of old age — is something Lerner comes to see as admirable. She's right. But, there's also a sadness to this smart and colorful memoir, a recognition that some distances can't be "bridged" between loved ones from different generations, no matter how ardent the desire or devoted the effort.