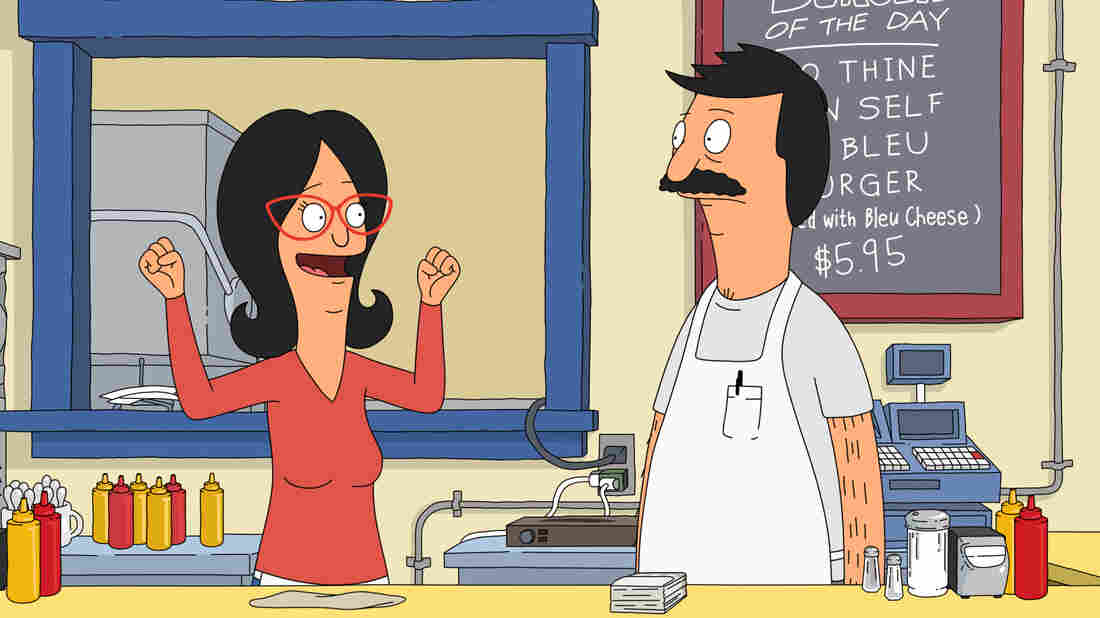 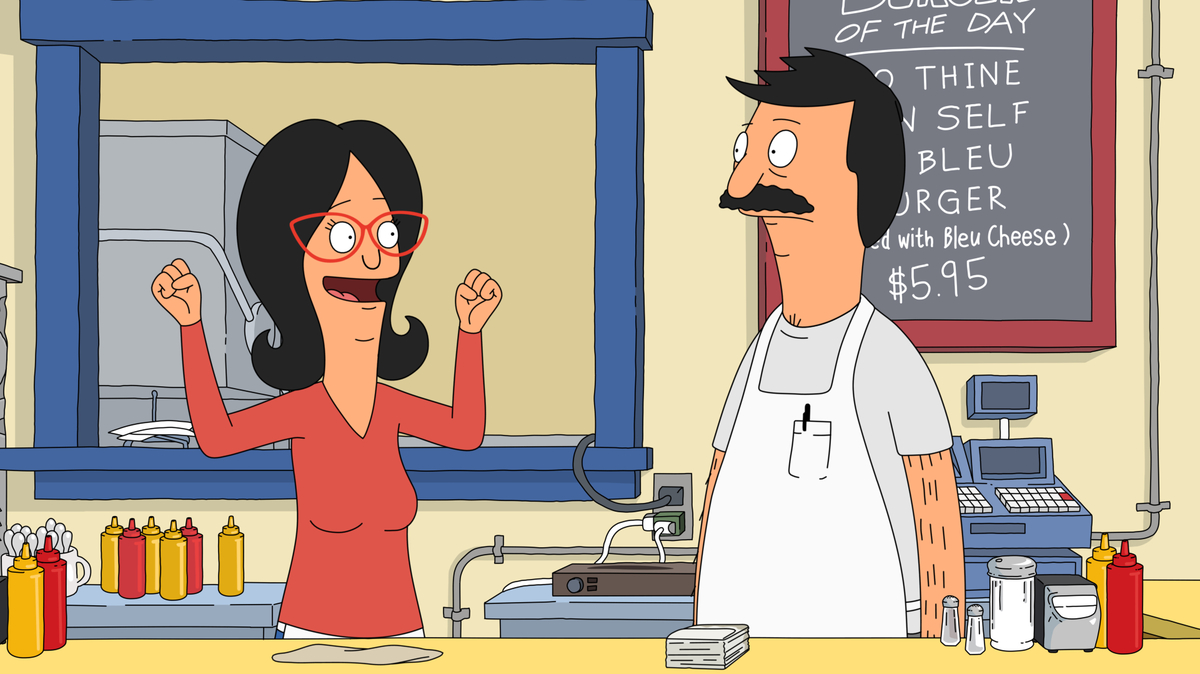 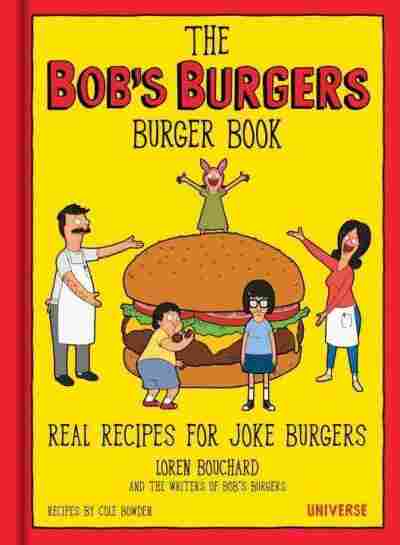 Real Recipes for Joke Burgers, Burger of the Day

by The Writers of Bob's Burgers, Loren Bouchard and Cole Bowden

We're so excited that this week's show brings Danielle Henderson to our fourth chair. You might remember Danielle from the chat she and I had about American Crime earlier this spring, and she's back to talk to us about the HBO comedy series Silicon Valley, which just kicked off its third season. We chat about the writing style, the ensemble, the surprisingly nuanced comedic treatment of billionaires, and lots more.

In our second segment, we've got a special segment: Stephen Thompson sat down to talk to Loren Bouchard, one of the creators of Bob's Burgers, about a new cookbook that translates some of the imaginary burgers from the show into reality. At the bottom of this post, you'll find some highlights from their interview to whet your appetite.

On why the Bob's Burgers team decided to make a cookbook

"When the show reaches just a certain number of years in, you can crap out a bunch of products if you're so inclined, and we really didn't want to do that. We didn't want to put out a novelty cookbook that was just cashing in on the few people who might pick it up as an impulse purchase. If we were gonna do it, we wanted to do it well. And so his [Cole Bowden's] blog became suddenly the potential heart of this thing, where all his work would be what we would base it around. And he himself was, you know, adding ingredients and inventing these things because all he knew from the blackboard on the show was the dopey name we'd given it. Yeah, the one ingredient we'd managed to think of a joke for."

"Obviously, we're drawing on our own experiences... There's this creative urge which you can't quite understand, and if you're a kid and you're, you know, up in your room, and you're drawing compulsively hour after hour and you just can't stop drawing, there's nothing knowable about it... As I got older and I started wanting to tell stories, in a way, the characters that are most interesting to me are those people. It's like figuring that out about myself and about the people I work with, that urge to create, and that passion... it seems like to me a really fun and a great characteristic to give a character."

"The original 12 minutes we produced for Fox were almost exactly the first 12 minutes of the pilot that aired on TV, with one significant difference: Dan Mintz was a 13-year-old named Daniel... The dialogue was exactly the same. We switched the sex, and we had to switch only one word, which was, um, 'balls.' ... The network had one thought. They were sort of picking at this possibility that maybe the oldest child wasn't differentiated enough. He didn't... They use this word in Hollywood which I kind of like, even though it has a little stink of Hollywood-ism on it, but they say, 'He wasn't popping.' ...

"I think on some level we just lucked into a great trick. I've heard this before that writers can sometimes get stuck writing female characters, and one trick is to write it like it was a male character. It's just a weakness of writers; it's not a weakness of any gender. It's just, writers are unimaginative like all of us. We fail sometimes to really find what's interesting about a person when we're trying to create them, and we got lucky. So we created the drawing of Tina, much as she looks now, and we put some test dialogue in her mouth ... and then we also used some stand-up from Dan Mintz. ... To their credit, they went for it. They said, yeah, she's... That's a great answer to the question, 'How do you make the oldest child pop?'"