Accessibility links
California Republicans Move Into Spotlight, With Prospect Of Crowning Trump The state GOP convention hears from Donald Trump Friday. If he clinches the nomination, it'll be when California's 172 Republican delegates are awarded in June — and many are working to prevent that. 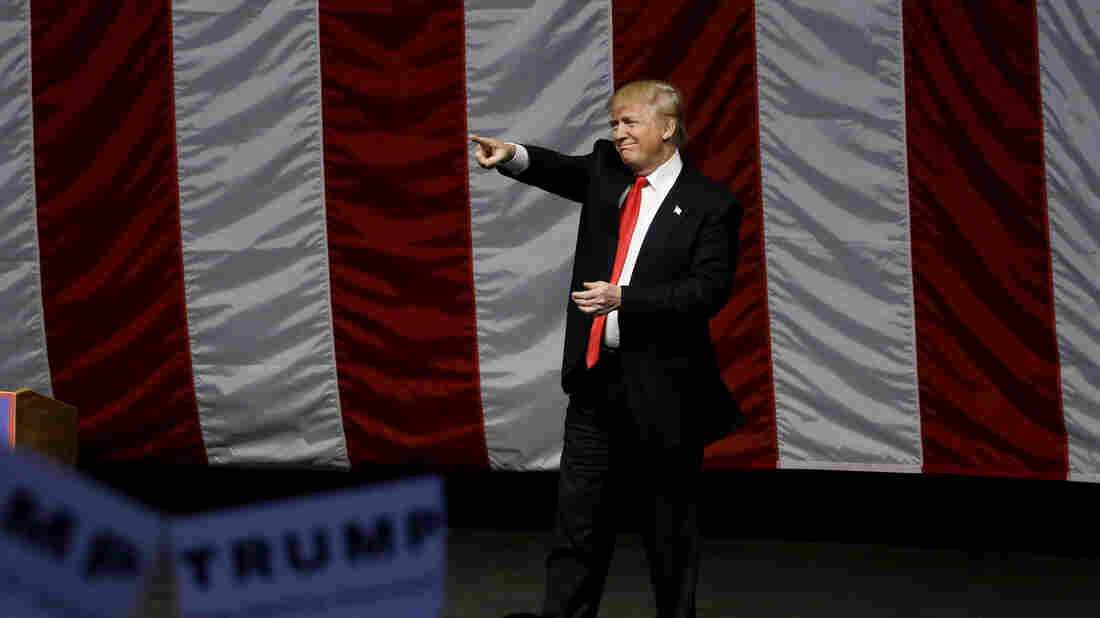 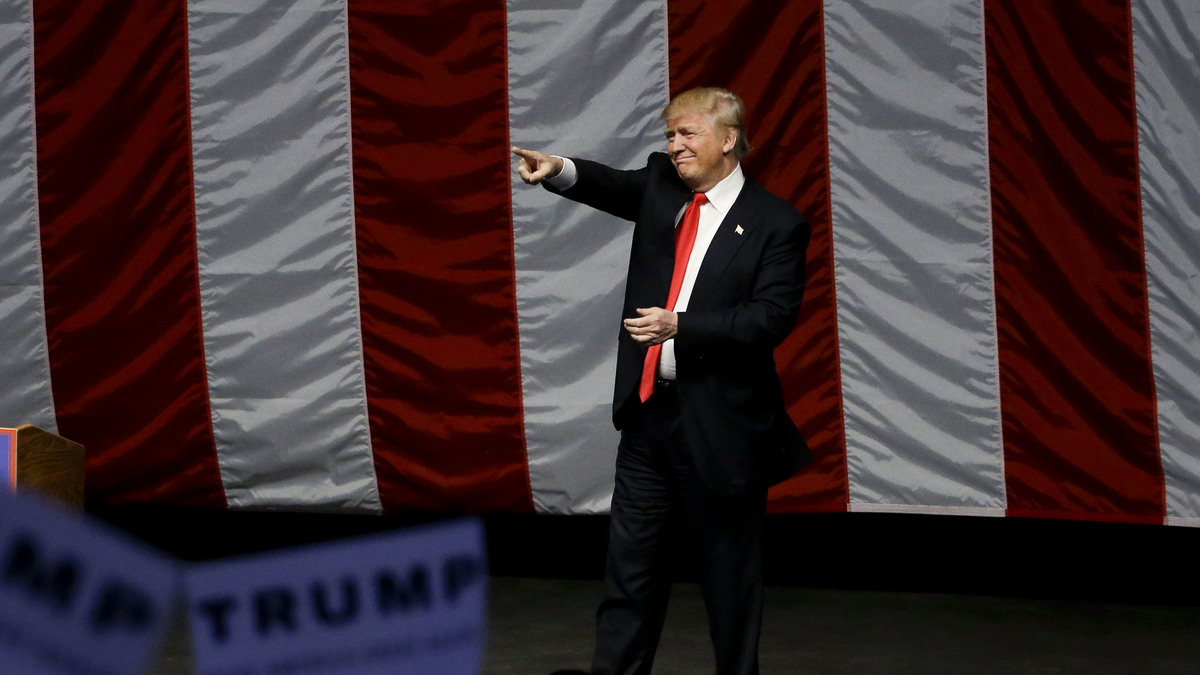 Donald Trump has called himself the presumptive Republican presidential nominee. But he can't become the real presumptive nominee without first gaining a lot of votes in the California primary on June 7 – the last day of voting on the GOP primary calendar.

It's the first time in decades that California will make a difference in picking the GOP nominee. That's why all three remaining candidates will be speaking at the California Republican Party's convention, which begins Friday.

California Republicans aren't used to all this attention. Just 27.6 percent of California voters are registered with the party. Though few in numbers, they may become mighty in impact. California will be Donald Trump's last chance to either win the delegates he needs to clinch, or fall short and fight it out at the national GOP convention in Cleveland in July.

"It's very exciting for California to actually have a voice," said Jim Brulte, the chairman of the state Republican Party. Though California has become reliably Democratic in presidential contests, he says that the enthusiasm generated at this weekend's convention could have dividends for California Republicans down the line and down the ballot.

"Our delegates are very excited," said Brulte, "and that will add to their encouragement, as they go back to their communities to work to rebuild our party from the ground up."

There'll be about 1700 office holders and grass-roots activists at the state convention. Donald Trump will kick off the proceedings Friday with a lunchtime speech. But considering his criticism of the war in Iraq, his blaming the Bush administration for 9/11, and his occasional kind words about Planned Parenthood, he's not necessarily the natural candidate for this crowd, according to Dan Schnur, the director of the Jesse M. Unruh Institute of Politics at the University of Southern California.

Those delegates will hear from John Kasich at dinner on Friday. On Saturday, Ted Cruz will speak at lunch. Then the dinner keynote will be delivered by Cruz's recently-announced vice presidential pick (presuming he gets the opportunity to pick), Carly Fiorina.

A group of GOP consultants has formed Victory California, the sole purpose of which is to deny Donald Trump the 1,237 delegates that would guarantee him the nomination.

Veteran California political consultant Richard Temple, a co-founder of Victory California, said that there are a lot of opportunities for both Kasich and Cruz to pick up delegates in the state's primary "because we are winner- take-all by congressional district."

So Trump may lead by a wide margin in statewide polls, but in California's GOP primary it's not just how many votes you get, but where you get them. Each congressional district won by Kasich or Cruz means 3 delegates that Trump won't get.

Trump has swept, or nearly swept, all of the delegates in many recent states that awarded them to the winners of individual congressional districts. But Temple insists that he and his colleagues have the upper hand in this fight, because "we actually live and work here in California and know the state pretty well. We know these individual congressional districts; we know what kind of voters live there by their income level, education level, marital status. So it is a district-by-district effort across a very large state."

Whatever the outcome on June 7, the competition on display at this weekend's state convention could help revive the fortunes of the struggling California Republican Party. But political analyst Dan Schnur said it's a double edged sword.

"On one hand, it's going to bring the party an amount of attention that it has not received in many years," said Schnur. "On the other hand, the types of voters who Republicans need in order to become a competitive party in California once again are not the kind of voters who are going to be attracted to either a Ted Cruz or Donald Trump message."

For California Republicans, that's a long-term issue. This weekend's forecast calls for delegates to enjoy the warmth of the national spotlight and a little love from their presidential candidates. But once the general election starts, they're unlikely to see much of their nominee in solidly blue California.