Accessibility links
Indiana Gov. Mike Pence Endorses Ted Cruz, Praises Donald Trump The Texas senator hopes the endorsement will give him a boost in the critical Indiana primary on Tuesday. But that could be undercut by Pence's kind words for Trump. 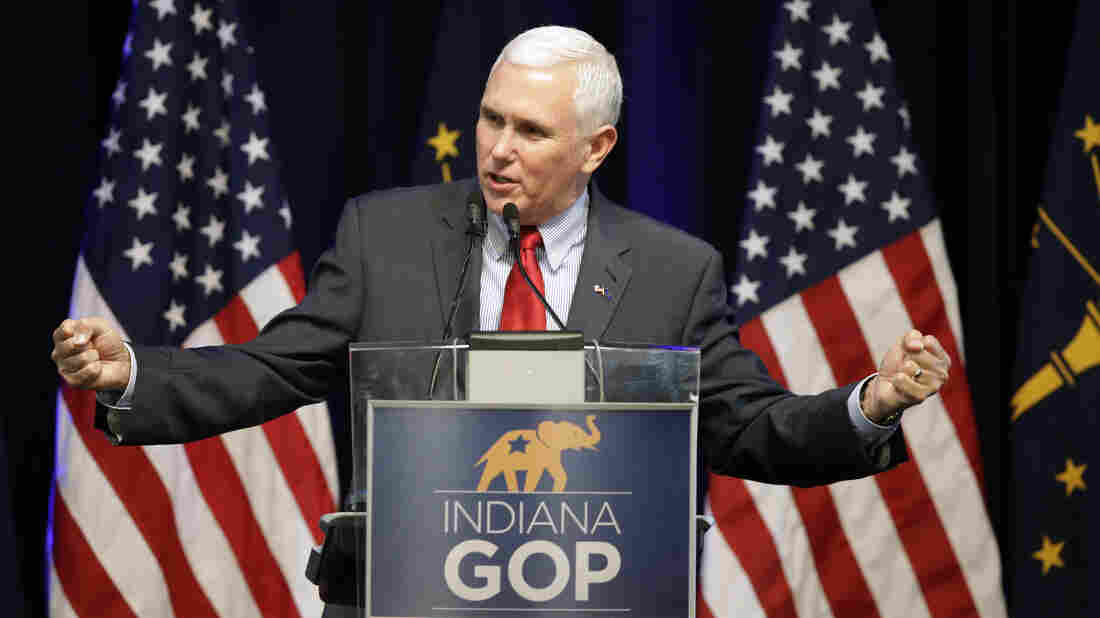 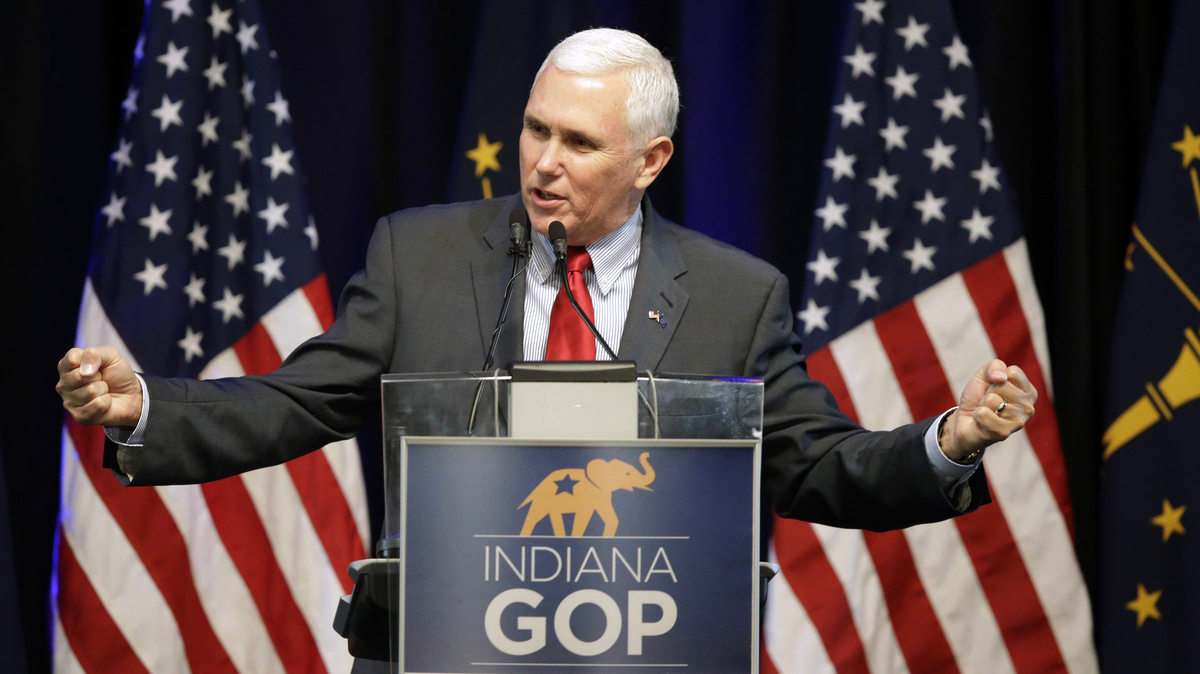 Ahead of the potentially pivotal Indiana primary Tuesday, Indiana Gov. Mike Pence announced he will be voting for Republican candidate Ted Cruz.

"This is a time for choosing," Pence said on WIBC radio in Indianapolis. He called Cruz, a senator from Texas, a "principled conservative" who "stood up for taxpayers" in fighting spending in Washington, said he was "very impressed" with his "knowledge and devotion" to the Constitution and his "strong, unwavering stand" against abortion rights.

But Pence seemed to go out of his way to praise Republican front-runner Donald Trump. He also stressed that his endorsement was not intended to sway the votes of Indiana Republicans.

"I respect the right of every Hoosier in making their determination," Pence said, adding, "I encourage everyone to make up their own mind."

In fact, Pence mentioned Trump before mentioning his endorsement of Cruz.

"I like and respect all three of the candidates," Pence began. "I particularly want to commend Donald Trump," whom he said has given voice to people's frustrations. He said he was "grateful" for Trump at least twice — for taking a stand for Hoosier jobs. And "for his voice in the national debate. I'm not against anybody, but I will be voting for Ted Cruz in the Republican primary."

And, he added, "Let me be very, very clear on this ... whoever wins the Republican nomination I'm going to work my heart out for this fall."

Pence's endorsement was closely watched, in part, because he'll be on the ballot this fall as a candidate for re-election, and because, in the past, he's been seen as a possible Republican presidential candidate.

Cruz also hopes Pence's endorsement gives him a boost in the Hoosier State, where he's trailing Trump in recent surveys. Cruz was helped by Scott Walker's endorsement in Wisconsin, giving Cruz his only big-state primary victory so far in this campaign.

But Cruz not only had Walker's endorsement, but almost the entire GOP infrastructure in Wisconsin, including talk radio.

Pence's endorsement was far less forceful than Cruz would probably have liked.

There are 57 delegates at stake in Indiana on Tuesday. If Trump sweeps those delegates, his path to the nomination not only becomes clear, but likely.

Currently, he needs 42 percent of remaining delegates to win, which is very doable. If he wins all of Indiana's 57 delegates, that drops to 36 percent.