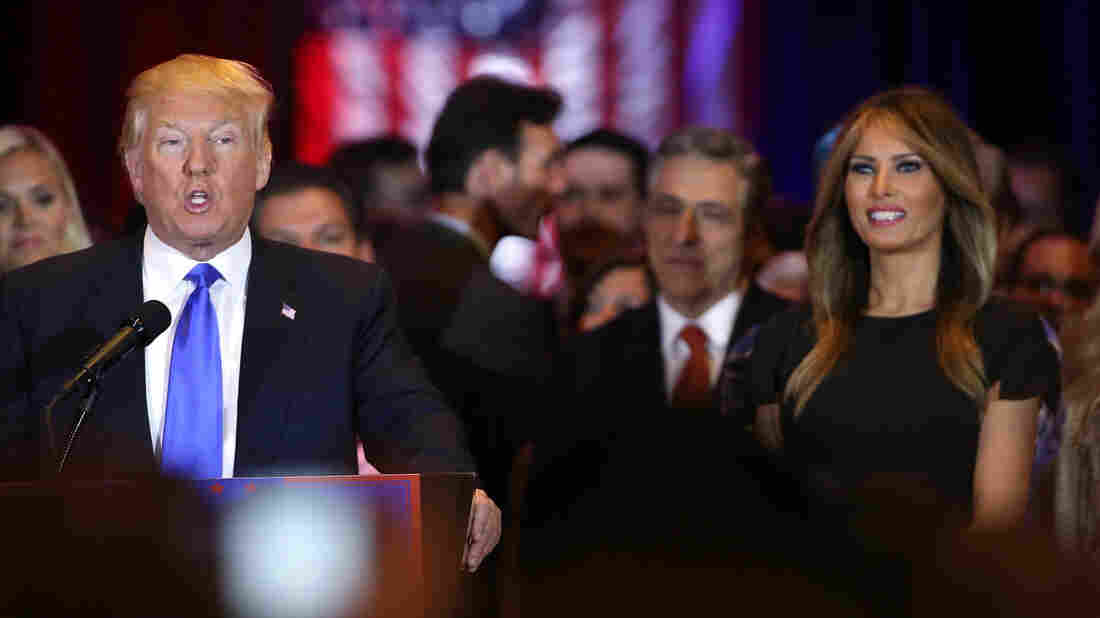 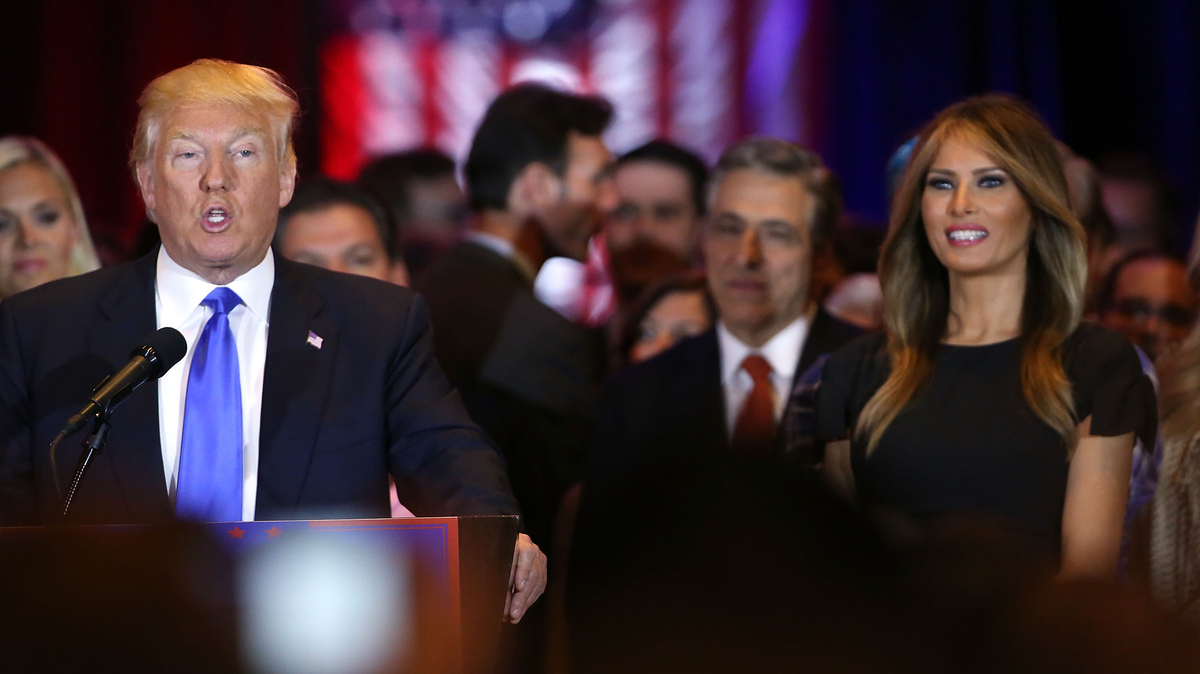 After a five-primary victory on Tuesday night, Donald Trump took time during a Q&A with journalists to take a jab at Hillary Clinton.

"Well, I think the only card she has is the woman's card," he said. "She's got nothing else going on. And frankly, if Hillary Clinton were a man, I don't think she'd get 5 percent of the vote. The only thing she's got going is the women's vote. And the beautiful thing is that women don't like her, OK?"

Those comments, not surprisingly, caused some online outrage, a lot of jokes, and several think pieces.

Some on Twitter pointed out the strange logic of such a statement, given that no woman has actually been president before.

Pulling the #womancard to run for President is SUPER-effective. It's worked EVERY SINGLE T...oh, wait...

The #WomanCard is so overplayed. All the female presidents have used it.

Others singled out Mary Pat Christie, wife of New Jersey Gov. Chris Christie, who seemed to roll her eyes as Trump uttered the words.

Here's mom's #womenscard when she uses it in the ATM to get $100 the machine gives her $78 #StopTrump pic.twitter.com/6FI9r0Wps0

Clinton responded that night, with a comment she's made several times on the trail. "Mr. Trump accused me of playing the, quote, 'woman card,'" she said during her victory speech. "Well, if fighting for women's health care and paid family leave and equal pay is playing the woman card, then deal me in."

Later in the week, Trump doubled down, telling the Today show, "...she is playing that card like I have never seen anybody play it before." He continued, "Without the woman's card, Hillary would not even be a viable person to even run for a city council position."

I keep trying to use my #womancard but I don't understand how it works. Is there a man around to explain it to me?

If I had a dollar for every time I've used the #womancard I'd have about 77 cents by now.

When you're trying to use your #womancard to get into the subway: pic.twitter.com/nqPaEKy7sb

Time will tell whether this hurts or helps Clinton, or Trump, or no one at all. But, for now at least, Clinton is trying to capitalize on the moment, even offering actual woman cards to donors to her campaign.

As NPR's Danielle Kurtzleben reported, if there actually is a woman's card, it might not be worth that much. But the whole exchange makes you wonder, what would a woman's card look like? Would it be shaped like a bottle of red wine or a Lifetime movie? Would it smell like Herbal Essences shampoo and cocoa? Would men's cards open the door for it? Would people critique it for using too much vocal fry and uptalk?

Maybe there is no answer to these questions, but if this week taught us anything, it's that gender promises to be a trending topic for the rest of this presidential campaign.