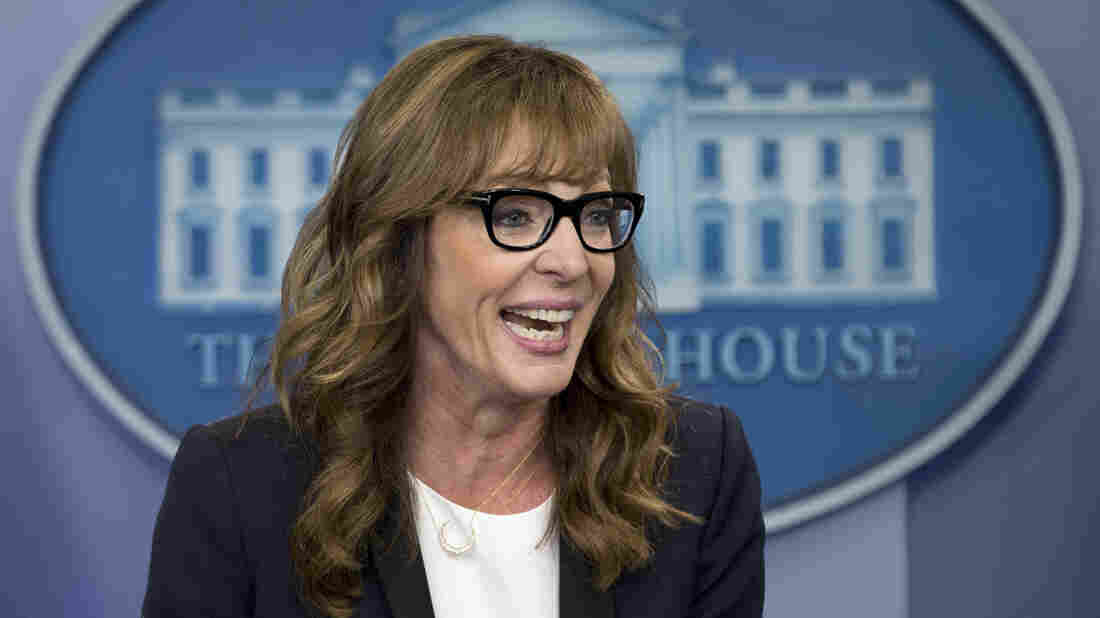 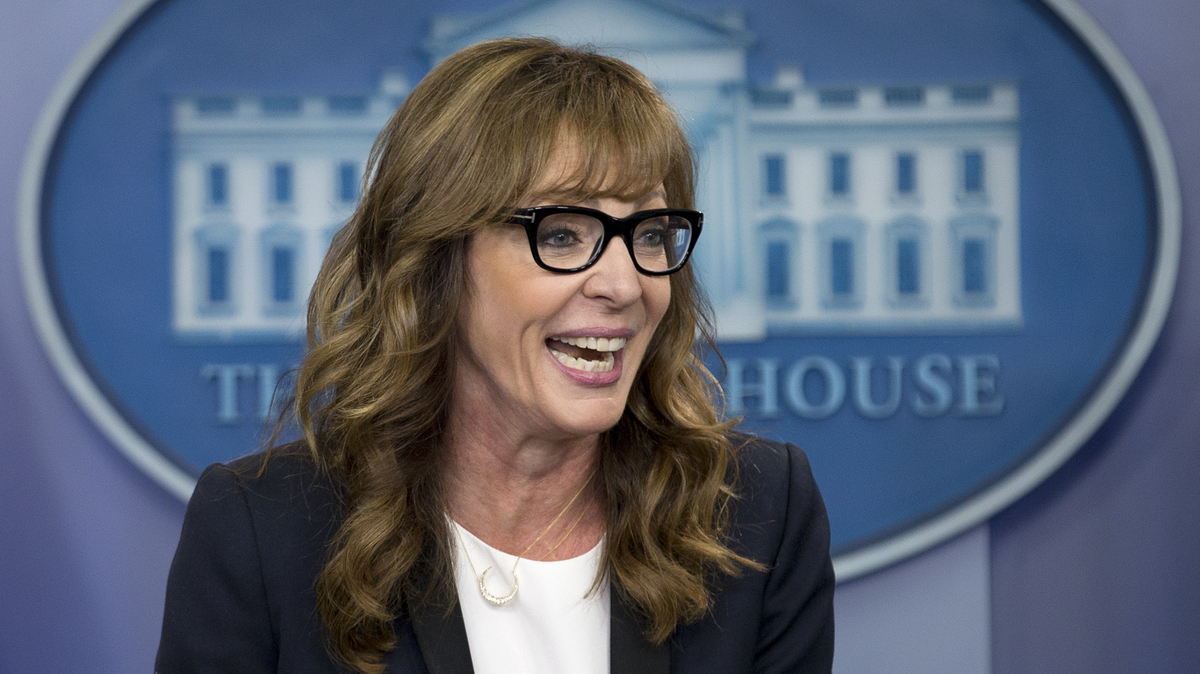 Actress Allison Janney makes a surprise visit to the daily news briefing at the White House on Friday.

The real White House West Wing felt a bit like the fictional one at the center of the NBC television series The West Wing for a brief moment on Friday afternoon.

Posing as her character C.J. Cregg, who was the press secretary in the critically acclaimed show that ran from 1999 until 2006, actress Allison Janney took a surprise turn on the podium to the delight and surprise of the real White House press corps.

"Josh is out today, he has, I believe it's a root canal," she said about real-life White House press secretary Josh Earnest's absence — but it was also an allusion to a scene in the show's first season when Deputy White House Chief of Staff Josh Lyman took a disastrous turn at briefing the press when Cregg had a dental emergency.

"But let's be honest, I'm better at this than he is anyway," she continued to laughs.

Janney began with two announcements: that President Obama is "still working" on his speech for Saturday's White House Correspondents' Dinner and that "he intends to be funny, very funny."

The second was also a call back to another famous scene in the show: "It is Friday, which means that at half past 5, I will be performing 'The Jackal' in my office for anyone who is interested, or remembers or cares."

.@AllisonBJanney
AKA CJ Cregg
AKA Bonnie on @MomCBS
drops by the White House press briefing. https://t.co/TK4NJ7TEyM

Earnest eventually miraculously recovered from his "root canal," and burst into the room telling the actress that "this isn't your show anymore!"

Janney ended the spoof by revealing the real reason she was at the White House: to talk about opioid addiction and what was being done to combat the problem. Her current show on CBS, Mom, deals with drug addiction and its struggles.

"This is a disease that can touch anybody, and all of us can help reduce drug abuse through evidence-based treatment, prevention and recovery. Research shows it works, and courageous Americans show it works every day," Janney said.

Before she returned the briefing to Earnest, "C.J." did take one question from CBS Radio's Mark Knoller: "Who is President Bartlett supporting in the Democratic primary?"

"I think you know the answer to that question," she quipped. Actor Bradley Whitford, who played Deputy Chief of Staff Lyman, said earlier this month that actor Martin Sheen's President Bartlett would absolutely vote for Hillary Clinton.