Accessibility links
Book Review:'The Year of the Runaways' By Sunjeev Sahota Sunjeev Sahota's new novel follows three men who journey from India to England, looking for a better life. But NPR's Nishant Dahiya says that life turns out to be a complex, and often dangerous one.

Weeping For All That Is Lost: A Harsh Migration Out Of India

Weeping For All That Is Lost: A Harsh Migration Out Of India 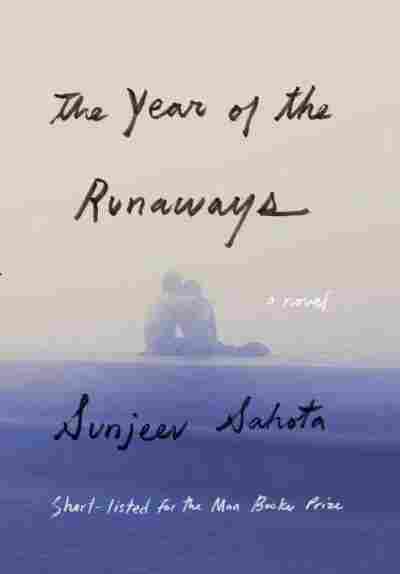 The Year of the Runaways

Title
The Year of the Runaways
Author
Sunjeev Sahota

Sunjeev Sahota has written what I suspect will be finest novel of the year. I know, it's still early in 2016, but hear me out. The subject at the heart of The Year of the Runaways is illegal immigration, which is currently the source of much hand-wringing both here in the U.S. and across the world. Sahota, a British writer of Indian origin, has written not only a timely book, but a gut-wrenching, emotionally honest one, as well.

The Year of the Runaways, as the title suggests, chronicles a year in the lives of four people who have left home. Three have left India to establish themselves in the United Kingdom under one subterfuge or another: Tochi is a low-caste man who travels to the U.K. illegally; Avtar arrives on a student visa, but intending to work; Randeep, Avtar's friend and neighbor, is the beneficiary of a sham marriage. The fourth, the only woman, is looking to aid this migration at great personal cost. Narinder is a deeply pious girl, born and brought up in England. She will marry Randeep and become his "visa wife."

The book oscillates between the year that these four spend in England, and the intertwined stories of their respective migrations. They are young — in their late teens and early 20s — and life has already been cruel to them. Tochi has lost everything, Randeep and Avtar have essentially given up school, and moved, hoping to support their families in India. As Randeep says to Avtar, at one point, "It's not work that makes us leave home and come here. It's love. Love for our families." Avtar, demonstrating Sahota's deep understanding of India and Indian families, replies, "Duty. We're doing our duty. And it's shit."

The book is littered with moments like this, exposing inner lives that are raw and real. There are plenty of twists and turns to the story but Sahota's tension is created instead through the tenderness of his characters — their enormous restraint and empathy, their depth of feeling, combined with a willingness to hurt, to make bad decisions, to wound. In Sahota's hands the angry, Tochi, who has lost his family to mob violence in India, is as capable of stealing another man's job as he is of profound tenderness; towards the end of the book after a an altercation at a Sikh temple has caused him to question, and perhaps puncture, Narinder's commitment to religion ("where was god when they set me on fire?" "When they knifed my sister's stomach open?"), he knelt beside her and "put his head in her lap. He felt her hands lightly touch him and they both wept for all they had lost."

Sahota also does a masterful job of dissecting the immigrant experience. These are economic migrants in search of better lives, but by exposing the casual violence inflicted on these people, their wariness, their isolation, their daily humiliations and fears, their desperation to keep their dignity intact, Sahota also demonstrates how complex and often dangerous that experience can be; at least one of them ends up in an hospital; Randeep, stabs another immigrant in a fight. Too afraid of being caught, he leaves the man at the door of a surgery.

Finally, the author demonstrates a deep understanding of South Asian culture: the complex role played by families; the strictures the young feel towards their elders; Narinder provides us a window into the most observant kind of Sikhism. Through her, we also get a penetrating look into the role of women in South Asian society. The way they are often bullied by older brothers; the way many sacrifice everything to please family and sustain their parents' honor in a society quick to judge.

Sahota has done well. His writing is purposeful — there isn't an overwrought sentence. Not a big word in sight. I looked. Perhaps the only false note is that occasionally, inexplicably, in a world that is harsh and unforgiving, people are improbably nice. All four characters are helped, sometimes for reasons that are not wholly convincing. Despite that the book carried me with its power and honesty. And I loved the understated yet utterly compelling ending (no, not all the knots get tied up neatly). The stories of Tochi, Randeep, Avtar and Narinder will stayed with me long after I'd put the book down.

Read an excerpt of The Year of the Runaways