Accessibility links
'Good Wife' Creators Say They Wanted To End The Show 'While It Was Still Good' "There was seven seasons-worth of story to tell in the education of Alicia Florrick, and we've come to the end of that story," says co-creator Michelle King. The Good Wife series finale airs May 8. 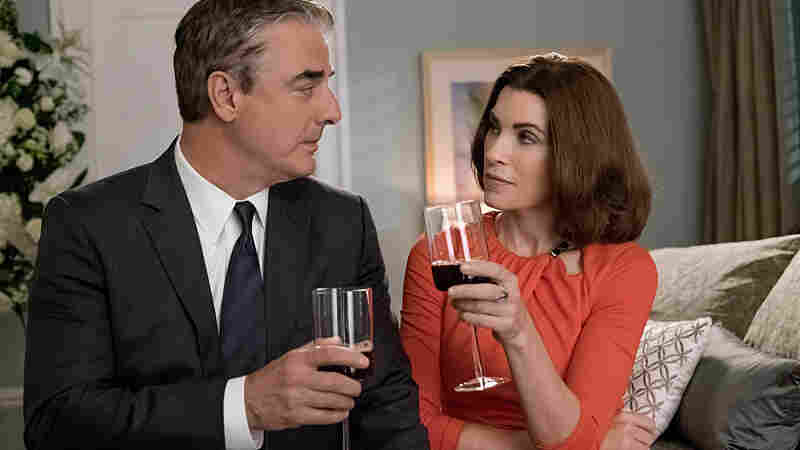 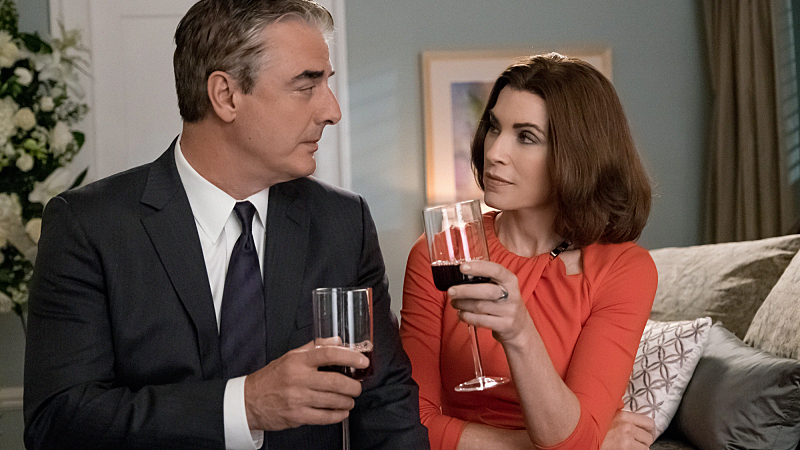 As The Good Wife comes to a close, Alicia Florrick (Julianna Margulies) has risen to managing partner at her Chicago law firm and Peter Florrick (Chris Noth) is again facing corruption charges.

On May 8, the CBS drama The Good Wife will be ending its seven-year run. Why now? "We wanted to go out while it was still good," says Michelle King, who created the show with her husband, Robert King.

The series began with a sex scandal that sent State's Attorney Peter Florrick (Chris Noth) to prison, leaving his wife, Alicia (Julianna Margulies), to pick up the pieces. Over the course of the show, Alicia goes from a former housewife trying to restart her career to a managing partner at her big-time law firm. Now her husband is again facing corruption charges — except this time he's the governor of Illinois.

Michelle tells NPR's Scott Simon, "We've known for quite a while that there was seven seasons-worth of story to tell in the education of Alicia Florrick, and we've come to the end of that story."

On how Alicia has changed over the years

On how Peter has changed

Michelle King: I think he's gained more self-awareness than anyone else on the show. I mean, before the series started, he was pretty much doing whatever he wanted, didn't think anything could splash back on him; and, having gone to prison, [he] sees that that's not the case and now considers his moves far more carefully and is just a more thoughtful person than he was.

On whether Bill and Hillary Clinton inspired the show

On what they aimed to accomplish with their final episodes

Michelle King: I would say we're writing both for ourselves and very specific fans. I mean, the people that work on the show are also rabid fans of the show, and you wanted everyone that was working on it to feel really proud about the way the series ended. So I would say we were acutely aware of trying to make people feel good about what we were doing.

Robert King: We really wanted to say goodbye to a big troupe of actors and characters that we've kind of loved over the years. So there's been this kind of almost series of farewell episodes where you might have Michael J. Fox come in or these NSA guys or, you know, Stockard Channing and Dallas Roberts as Alicia's relatives. We just kind of wanted to return to things that we enjoyed over the years and really give them a chance to say goodbye.