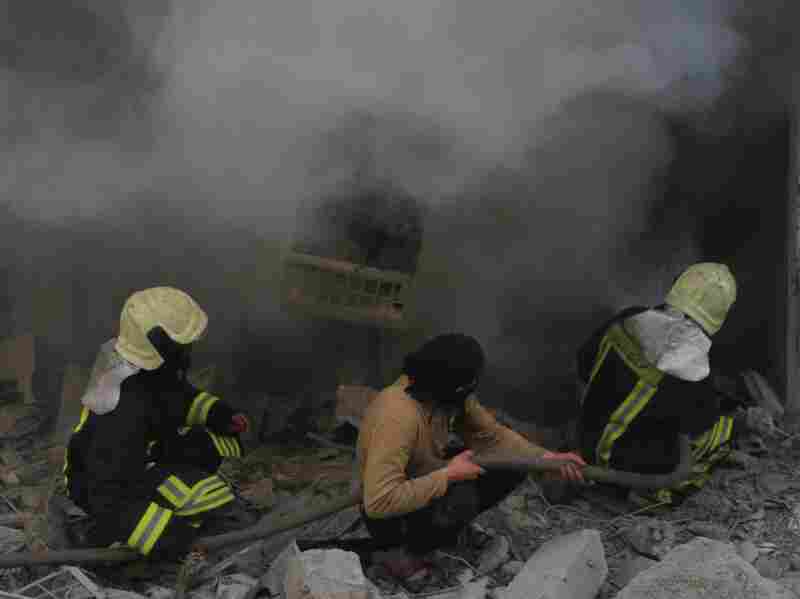 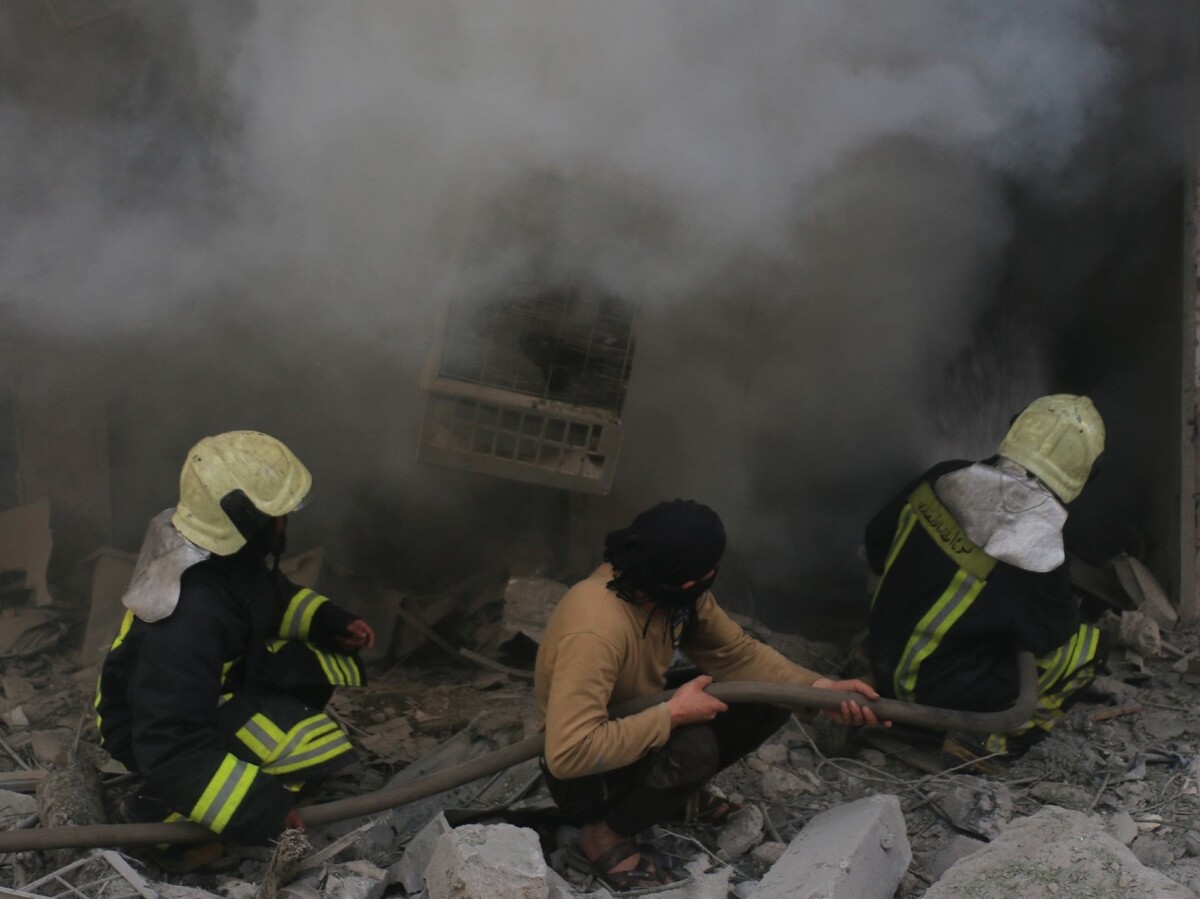 Firefighters combat a blaze on April 29, after regime helicopters targeted a medical center in an opposition-controlled region of Aleppo, Syria.

There is a cease-fire in Syria. Really. The 17 nations of the International Syria Support Group signed it in February. The United States, Russia, the European Union and United Nations can all say they negotiated a cease-fire.

Staffan de Misturahe, the U.N. special envoy for Syria, has said that the cease-fire is "still alive, but barely."

Which, is, perhaps, as close as a diplomat can get to saying it's no more.

This week, airstrikes in Aleppo hit a hospital run by Doctors Without Borders. The group says the bombs killed at least 50 people, including medical staff, one of whom was the last pediatrician in Aleppo. Other airstrikes killed more than a hundred other people in Aleppo this week.

The hospital had an emergency room, an operating room, and an intensive-care unit — which means more people may die in the weeks ahead because local medical care has been obliterated.

The hospital was in an area of town held by rebels, whom Syrian President Bashar Assad's regime is relentlessly attacking.

It's estimated that at least a quarter million people have been killed in the five years of the Syrian civil war that began as an uprising against Assad. The U.N. says about 6.5 million Syrians have been displaced from their homes. The country's economy has collapsed, along with most schools, health care and cultural institutions.

More than 4.8 million Syrians are refugees, many stewing in vast, teeming camps in Turkey, Lebanon, Jordan, Iraq, the islands of Greece and other parts of Europe. A few have been able to come to the United States.

Even compassionate souls worry about how large numbers of refugees might destabilize their own countries and exhaust their resources. And I've learned in every war I've covered that refugees rarely return home when a long conflict finally ends. The bleeding of human talent goes on, when good people are needed most to rebuild a country from its ashes.

You may also wonder what the people running for president of the United States would do about this urgent, smoldering world problem. But the candidates rarely seem to talk about Syria, except to vow that the U.S. should not become more deeply involved. This week, like many others, it looks like the world has found it easiest just to say that they've signed a cease-fire, and go on to something else.