Accessibility links
From Tahrir To Tiananmen, 'City Squares' Can't Escape Their History Governments have tried to erase the evidence of some squares' troubled pasts, but that doesn't mean they've been forgotten. A new book gathers writers' thoughts about famous squares around the world. 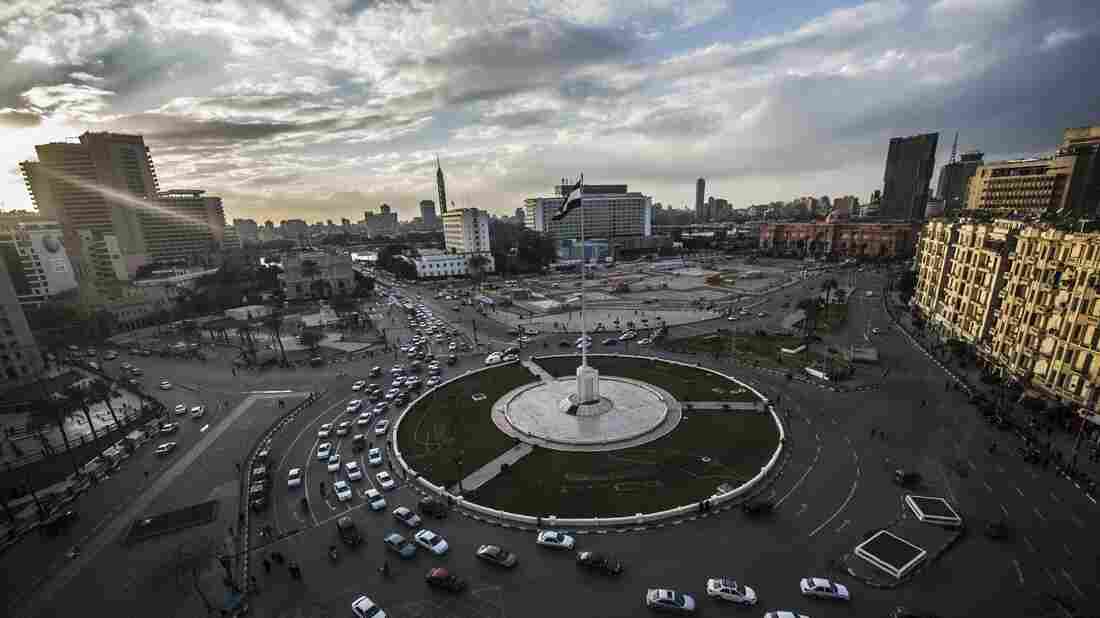 Cairo's Tahrir Square (seen here in January) isn't actually a square — it's a traffic circle. And today, years after it was the site of anti-government demonstrations, it's a beautifully manicured, sterile space. Khaled Desouki/AFP/Getty Images hide caption 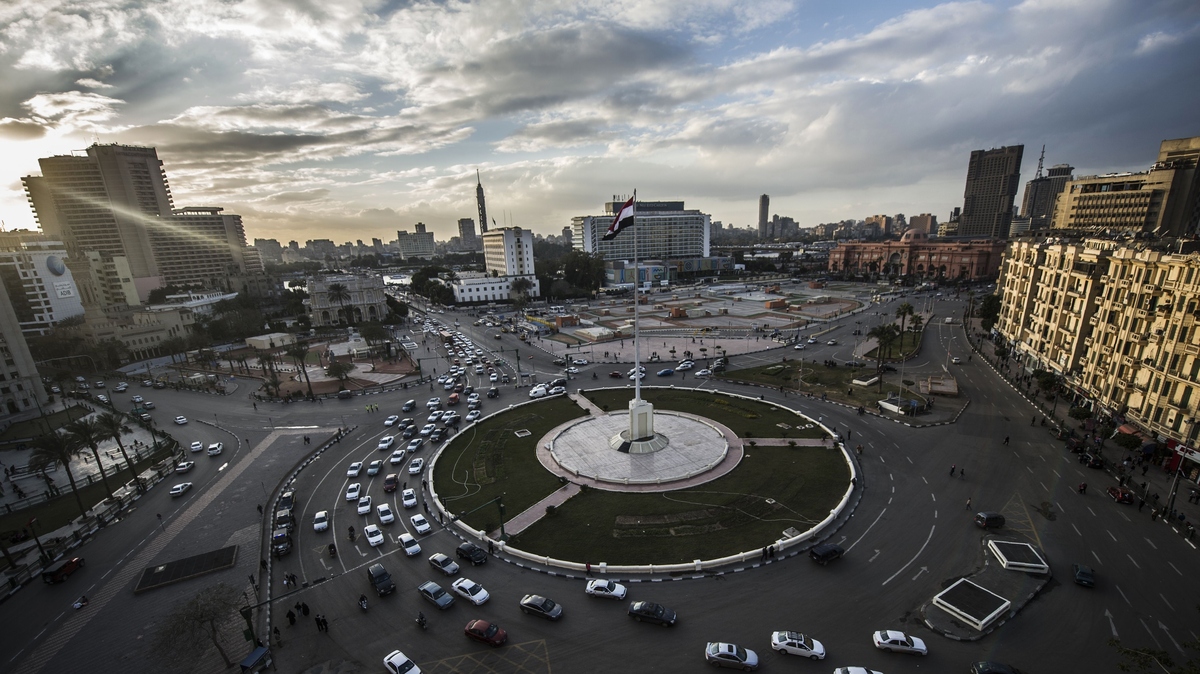 Cairo's Tahrir Square (seen here in January) isn't actually a square — it's a traffic circle. And today, years after it was the site of anti-government demonstrations, it's a beautifully manicured, sterile space.

From Mexico City's Zócalo to Rome's Piazza Navona, public squares have always been a vibrant part of urban life. After visiting Italy a few years back, editor Catie Marron began thinking about the different roles these public spaces have played. She asked some well-known writers to share their thoughts about famous squares around the world, and the resulting essays are gathered in a new book called City Squares.

Michael Kimmelman, one of the participating writers, says what's important about a square is that it acts like a magnet, drawing people in. Unlike a park, where people go to retreat, a square is all about mingling with a crowd — it's like a living organism in the heart of a city.

"For me a square is about a notion that we have of what an urban life can be and why we go to cities, what we look for in cities," Kimmelman says. "And it has to do with a sense of community, a sense of shared values, a sense of greater possibilities and a sense of humanity."

Kimmelman is the architecture critic for The New York Times, but he says the buildings that surround a square really aren't that important. Just look at the squares of Rome: "There's the Piazza Navona, an incredibly beautiful square with these great buildings by [Francesco] Borromini and sculptures by [Gian Lorenzo] Bernini," he says. "But just a block or so away is the Campo de' Fiori, which is to me one of the most beautiful squares in Europe. And there's really nothing particularly distinguished about the buildings that surround that square, but it's a hub of life. It speaks as much to what makes Rome a beautiful city and why people love it as does the Piazza Navona." 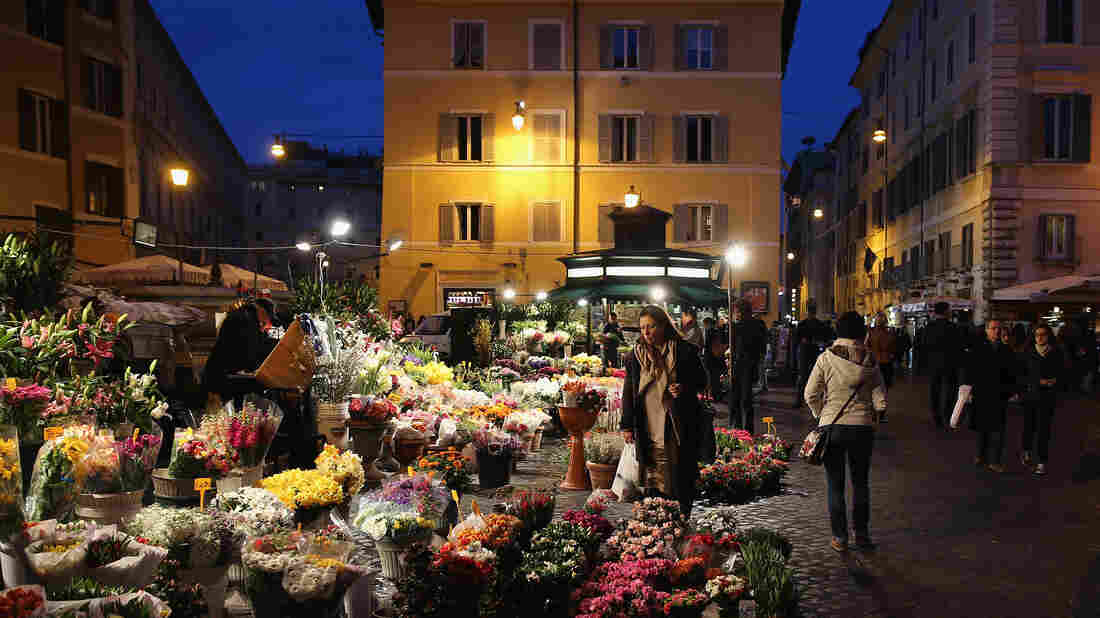 Writer Michael Kimmelman says Rome's Campo de' Fiori is "one of the most beautiful squares in Europe. ... It's a hub of life." Dan Kitwood/Getty Images hide caption 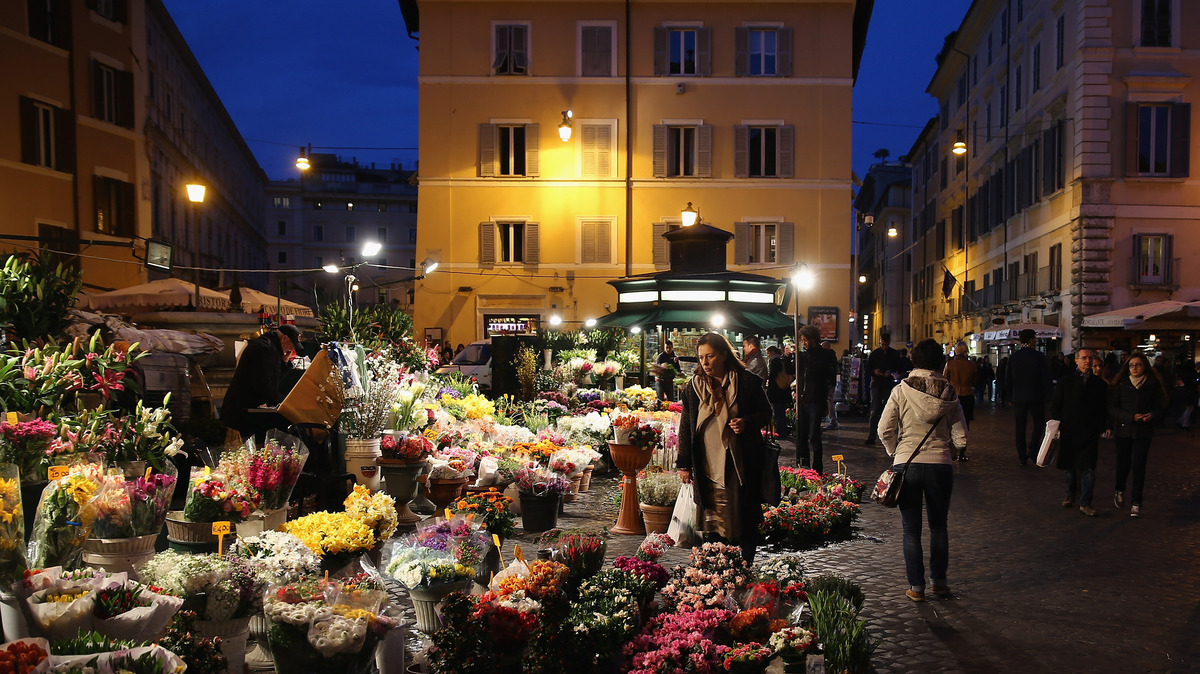 Writer Michael Kimmelman says Rome's Campo de' Fiori is "one of the most beautiful squares in Europe. ... It's a hub of life."

Those Roman squares are places where people gather for pleasure — to shop at vegetable and flower stalls, to eat at nearby restaurants, to sit on the side of a fountain and talk with a friend.

Other squares aren't so peaceful.

'A Strange Emptiness' In Tiananmen Square

On June 4, 1989, Chinese troops opened fire on demonstrators gathered in Tiananmen Square in Beijing. Seven years later, when City Squares contributor Evan Osnos went to China for the first time as a student, he headed straight to Tiananmen Square. "In some ways, for me, it was almost inescapable — that was the only place I could go first," Osnos says. "I had to go to Tiananmen Square if I wanted to understand what China was and where it was trying to go."

But Osnos was disappointed by what he found: China's government had thoroughly reclaimed the space once occupied by protesters. 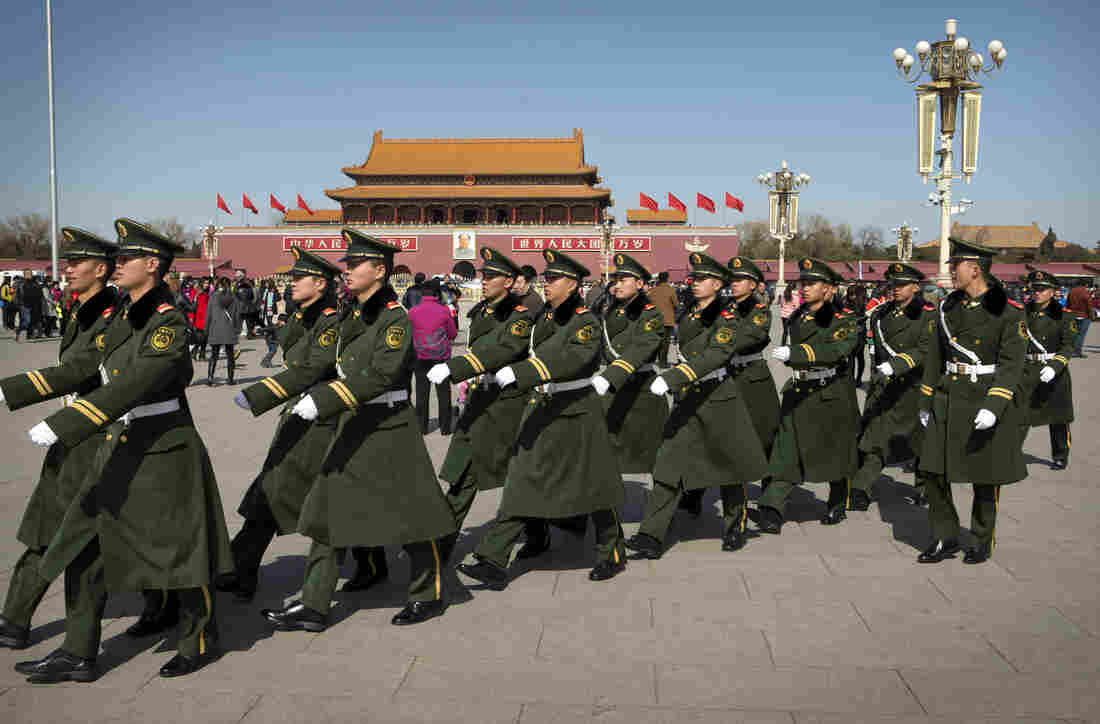 The New Yorker's Evan Osnos says by the time he visited Tiananmen Square (seen here in March) the government had erased all traces of the 1989 demonstrations. Mark Schiefelbein/AP hide caption 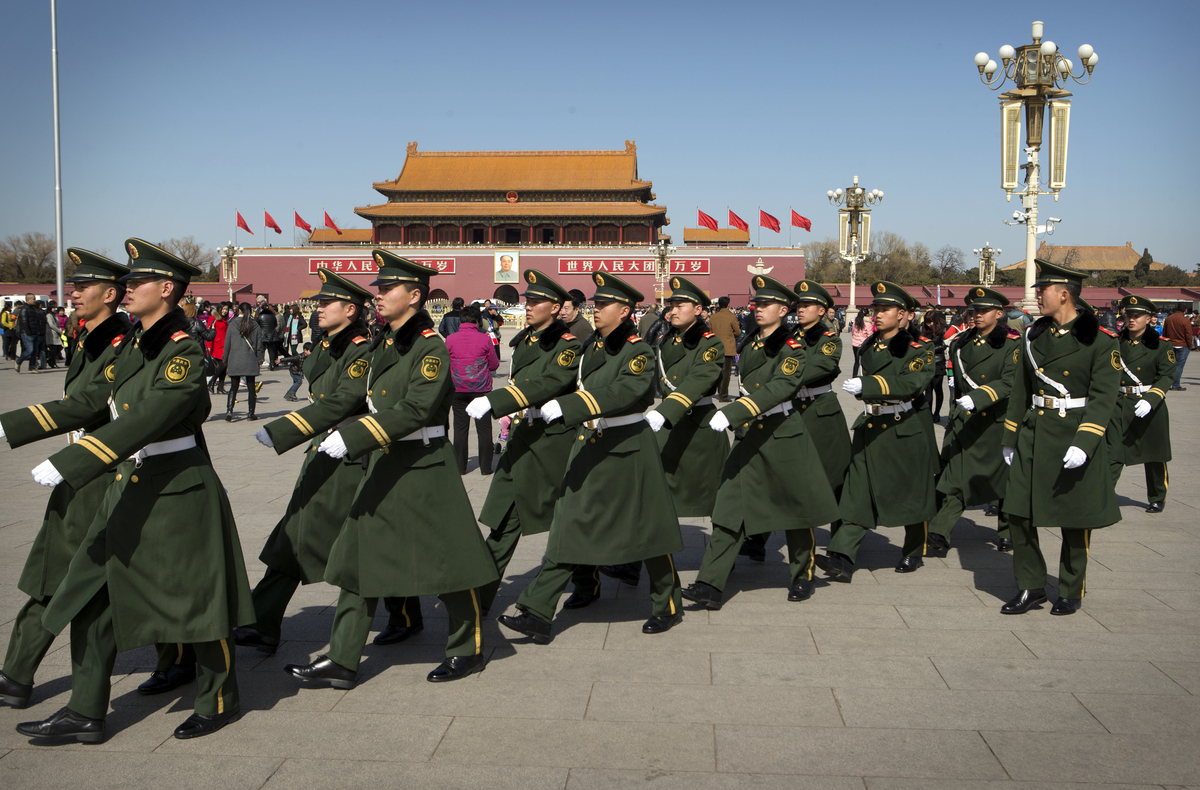 The New Yorker's Evan Osnos says by the time he visited Tiananmen Square (seen here in March) the government had erased all traces of the 1989 demonstrations.

"At one point there were a million people in the streets of Beijing in and around Tiananmen Square, but then when I came to the place itself, any trace of those events had really been erased," he says. "To the point that in fact the government had taken away whatever benches or shade trees there used to be around the edge because they really didn't want people collecting in Tiananmen Square anymore. And so there was a strange emptiness about it."

The Tiananmen Osnos discovered couldn't tell him where China was going — it was forever linked to the past, to an event people still talk about in whispers and that the government still wants its citizens to forget. But the square itself is a constant reminder of what happened there. 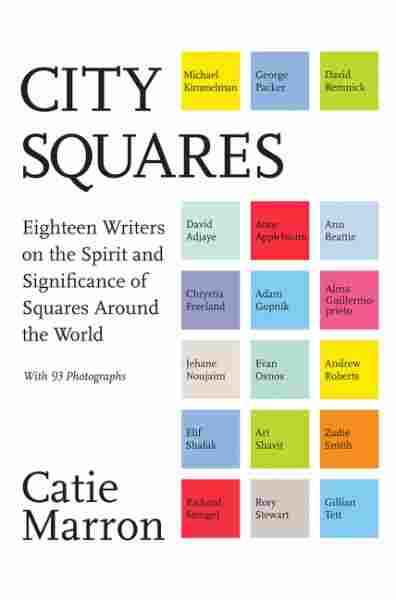 The 'Spontaneous Energy' Of Tahrir Square

In recent years, social movements have gotten their start on the Internet (the virtual square) but they've quickly moved out into the streets. "Social media announced what was going on — it brought people to the square, it gave people information," Marron says. "But where people made their protests, where they made their voices heard was not on the Internet; it was in the physical square."

Back in 2011, when social media was spreading the word about anti-government demonstrations in Cairo's Tahrir Square, the Egyptian government blocked Facebook and Twitter. But City Squares contributor Jehane Noujaim says the government's actions drew even more people to Tahrir to find out what was going on.

Noujaim made an Oscar-nominated documentary about the protests called The Square. She says, "I grew up 10 minutes away from the square and I had never experienced Egypt in the same way that I did when I went to that square. ... I felt Egyptian. ... I felt a pride in how people were standing up for what they believed in and really attempting to write their own story. And I'd really never seen such a large number of people talking together, sleeping, setting up tents. And it had this kind of spontaneous energy to it where people would come — come with a tent, come with a blanket, join — and you didn't know how long it would last."

That energy has given way to harsh political realities in Egypt. Noujaim says Tahrir Square is still meaningful to her, but now it's a beautifully manicured, sterile space. And if there's one thing that the writers in this book make clear, it's that squares are always changing — just like the people who inhabit them.