Accessibility links
A Personal History Of L.A. Punk: 'It Was A Free-For-All For Outcasts' John Doe, Exene Cervenka and Dave Alvin of X join Fresh Air to discuss punk's early days. "Anybody could belong to punk that wanted to be there," Cervenka says. "[It] didn't matter how old you were." 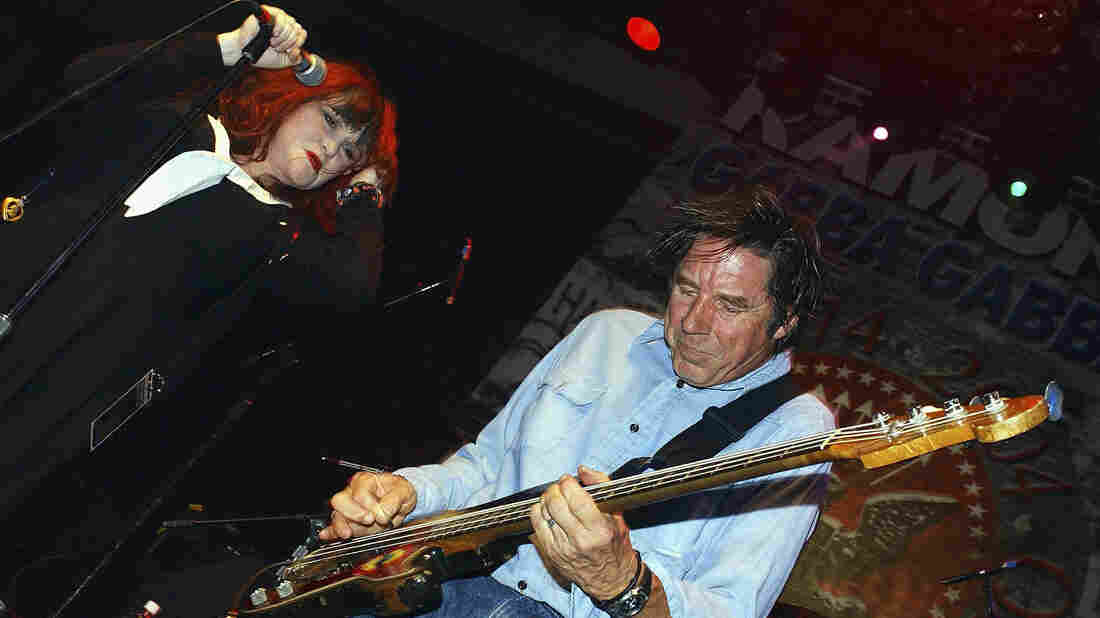 Exene Cervenka and John Doe perform in Hollywood in September 2004. "The first person I ever saw jump into the audience was me," Cervenka tells Fresh Air. Amanda Edwards/Getty Images hide caption 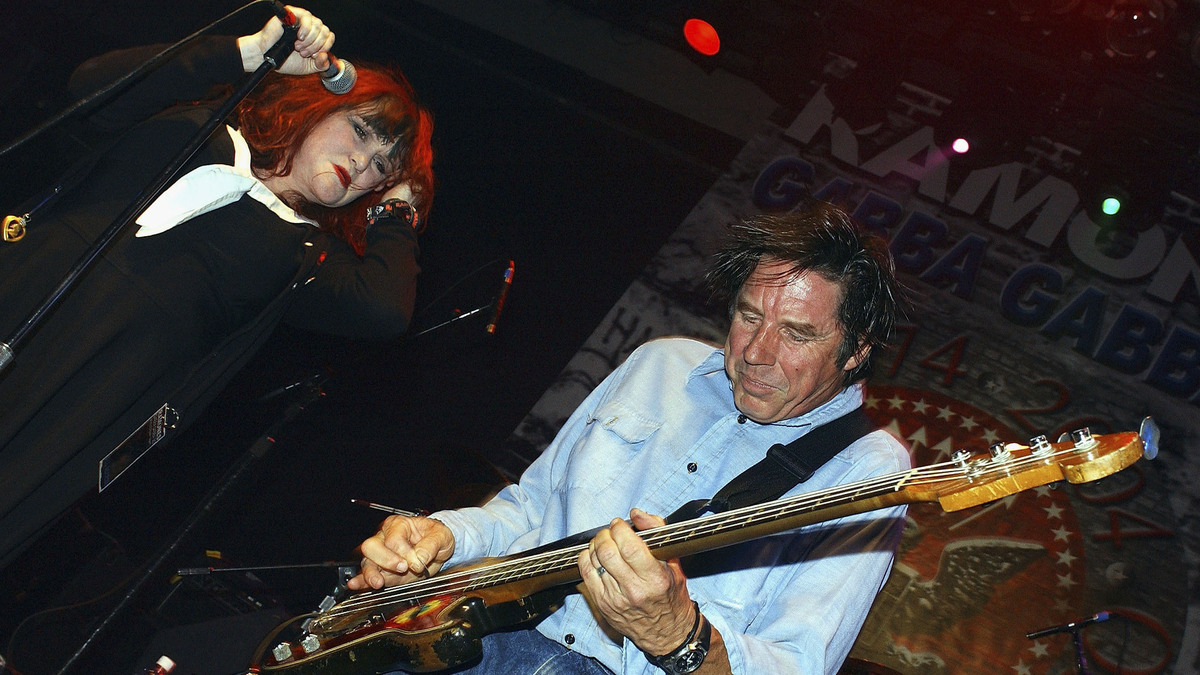 Exene Cervenka and John Doe perform in Hollywood in September 2004. "The first person I ever saw jump into the audience was me," Cervenka tells Fresh Air.

As a co-founder of the band X, John Doe helped define the punk scene that emerged in Los Angeles in the late 1970s. Doe tells Fresh Air's Terry Gross that punk was about breaking rules and challenging the norms of the existing music scene.

Songs We Love: John Doe, 'Get on Board'

John Doe's new album, The Westerner, is out now.

"One of the things that was going on in music at the time is everything was all brainy and white guys. [There was] so much intellectualization and so many notes and so many long songs." Doe says. "Punk rock [was] saying, 'Screw all of this. I'm just gonna do something and see what happens.'"

In his new memoir, Under The Big Black Sun: A Personal History Of L.A. Punk, Doe brings together his own essays and stories from other musicians and scene-makers of that time. One contributor to the book is Exene Cervenka. She shared vocals and songwriting duties with Doe in X, and the two were married for a time.

Cervenka tells Gross that the L.A. punk scene was open to everyone. "Anybody could belong to punk that wanted to be there. [It] didn't matter how old you were, what you were like," she says. "It was a free-for-all for outcasts."

Cervenka says the movement was centered on fighting the "corporate takeover" of culture. "We wanted things to be real, and we thought that this music was going to prevent that from happening," she says.

Dave Alvin was in the band The Blasters with his brother Phil, but also played guitar with X for a few years. He wrote a chapter for the book, and joined Doe and Cervenka for this interview.

On the musical landscape of the 1970s 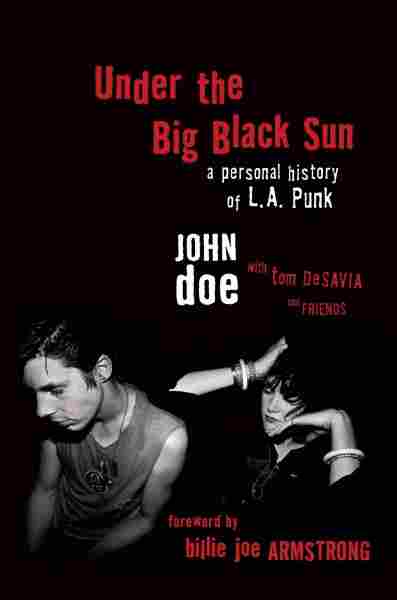 A Personal History of LA Punk

by John Doe and Tom Desavia

Alvin: In those days in the '70s, in the larger pop culture, everything was being planned. It was the beginning of nothing you would hear [that] hadn't been approved by a committee, and that went from advertising all the way down to popular music. It seemed that the sort of thing that made me turn up the radio when I was 8 years old, the car radio with my mom driving, that thing had disappeared from music.

When I heard, for example, X, the first time, I saw them live, and heard the harmonies, I heard all sorts of things going on. I heard Richard & Mimi Fariña happening, whether they knew it or not. I heard the unique folk Appalachian blend, I heard all these things going on that you just didn't hear on The Love Boat. And in those days, things like The Love Boat, kids today don't realize just how oppressive pop culture had become.

Cervenka: The first person I ever saw jump into the audience was me. That started in the punk days of people commingling with each other. The band and the audience were one, we wanted to blur the lines, no one was a celebrity. I'm on stage, you're on stage. We were interacting with each other physically, jumping up and down, grabbing each other, just being kids.

The mosh pit is the organized version of that that came much later in the hardcore scene, where men run around in circles. ... The hardcore scene was different. We didn't hurt each other. We were just more spontaneous than that. When we first started seeing that, we were like, "What the heck?"

On getting bottles thrown at them while performing

Alvin: I had a '61 Fender Mustang [guitar], still have it ... and a lot of the people in the audience liked The Blasters [Alvin's band] ... but then there's an element of the audience that hated The Blasters. We were almost like their older brothers who liked rhythm and blues. And they were going to show their displeasure.

One kid threw this beer bottle really well and he threw it right at my head, and I raised — in maybe the greatest moment of my life physically — I raised the guitar up to cover my face at exactly the time that it got to my face, but the guitar got in the way and, yeah, there's about a six-inch-long, quarter-inch-deep gash in the Mustang to this day from that beer bottle. That kind of stuff happened. I remember it was in the mid-'90s when I started relaxing before I went onstage, because I could go, "Oh, wow, nobody's gonna throw anything. I think those days are in the past for me."

Cervenka: Punk converged at the same time that Southern California suburbia was collapsing and people were getting divorced and their kids were doing drugs in the morning before school because it was on the coffee table and drinking. And there were all these homeless kids and all these lost kids that were getting into skateboarding and surfing and looking for a connection, and the gang thing was definitely starting up. And I think that it was just a misunderstanding with the media, kind of portraying punk as violent through The Sex Pistols and the spitting. Because the spitting didn't start in L.A. until 1980, and it ruined everything we owned. I never got it out of my clothes. ...

These poor kids were ... very angry, and I think they just misunderstood.

On Doe and Cervenka's marriage while playing in the band X

Cervenka: It's a hard thing to do, because you both want to be great, but you're in these weird situations where people are kind of, like, hitting on you ... so you have to be pretty solid. ... I think we had a really sane life, actually. ...

We had a little wooden house that friends referred to as the "hanging place." We would have a cat, and we would get up in the morning and eat a really nice breakfast, and then do fun stuff. Go to museums ... and hang out with our friends. And then at night we'd just go wild, and we'd rehearse and make up all this stuff and songs. And it was fantastic, really.

To hear more from Terry Gross' conversation with John Doe, Exene Cervenka and Dave Alvin, including songs the band members played during the interview, click the "listen" link at the top of the page.