Accessibility links
Book Review: 'The Chimes' By Anna Smaill Violinist and author Anna Smaill's musical training shows through in her debut novel. The Chimes is set in a post-apocalyptic London where a mysterious order controls the population via music. 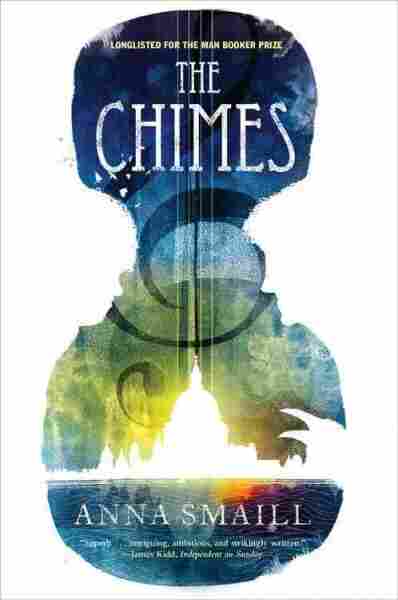 "The whole city is talking in music," marvels Simon, the main character of Anna Smaill's debut The Chimes, near the start of this Man Booker-longlisted novel. Young and orphaned, he's just arrived in London from his family's farm in the country. But it's not the London we know: At some point in the future, society has been reduced to a medieval level of farmers and artisans. A cataclysm called Allbreaking was responsible — not that Simon, or anyone else, remembers it.

After this apocalypse, memory itself has changed. Or rather, socially eradicated. A monastic cabal called the Order controls the populace through a twice-daily, collective music ritual called Chimes, delivered at sunrise and sunset. "There is no before, no after," goes the Order's mantra. Dwelling on the past is forbidden. The written word, called "old code," has been abandoned. Insidiously, music is the Order's method of control — even as it's become the fabric of social life, the language that suffuses this brave new London.

Simon is in London for a reason: to find a woman his mother mentioned cryptically on her deathbed. Before long, he forms an uneasy alliance with the Five Rover Pact, a gang of scavengers who root for a mysterious metal they call the Pale Lady from the bottom of the Thames. The more Simon learns about the world at large, though, the more certain questions begin to consume him. Can music truly displace memory in the human mind, to the point where "there is no room for any other thought?" What actually happened during the apocalyptic Allbreaking all those years ago? And what exactly is the Carillon, the mysterious device the Order uses to deliver Chimes and keep the populace living forever in the present, with no future and no past?

Smaill is a classically trained musician — a violinist, to be precise — and it shows on every page of The 'Chimes.' Not only does music saturate the book's setting, it fills its themes and prose.

Smaill is a classically trained musician — a violinist, to be precise — and it shows on every page of The Chimes. Not only does music saturate the book's setting, it fills its themes and prose. Compound words such as "bodymemory" and "chimesickness" favorably recall the play of language in Russell Hoban's classic science fiction novel Riddley Walker — a book The Chimes has plenty in common with, from the setting to the tone, not that that's a bad thing.

At one point, "the low notes of a muted French horn coming across the water" carry an ominous ambience; elsewhere, the Order's justification for its totalitarian use of music is summed up in a chilling line from Onestory, the propaganda-like hymn that forms the core of its dogma: "Out of discord's ashes, harmony will rise." The age-old musical concepts of musica universalis and diabolus in musica are woven into the story so seamlessly, it doesn't even matter whether you're familiar with them; it's enough for Smaill to wrap the story up in these dizzying notions of cosmic harmony and dissonance.

Not that she ever forgets to tell a gripping tale. For all its poetry and lyricism, The Chimes is a solid, suspenseful adventure story at heart, complete with a quest, a prophecy and a simmering, deeply moving romance between Simon and Lucien, the mysterious blind boy who leads the Five Rover Pact — and whose secrets hold weighty consequences. In that sense, the book can get a little formulaic, but Smaill's lucid yet dreamlike writing pulls it through. Not to mention her deft, tender characterization, including the way Simon grasps at scraps of memory — literally, as he carries a bag of items called "memoryobjects" to remind him of what is past and lost. "At a certain point in your life," he muses, "you have to choose what to keep." Of all the profound ideas and images echoing throughout The Chimes, that's its most resonant.