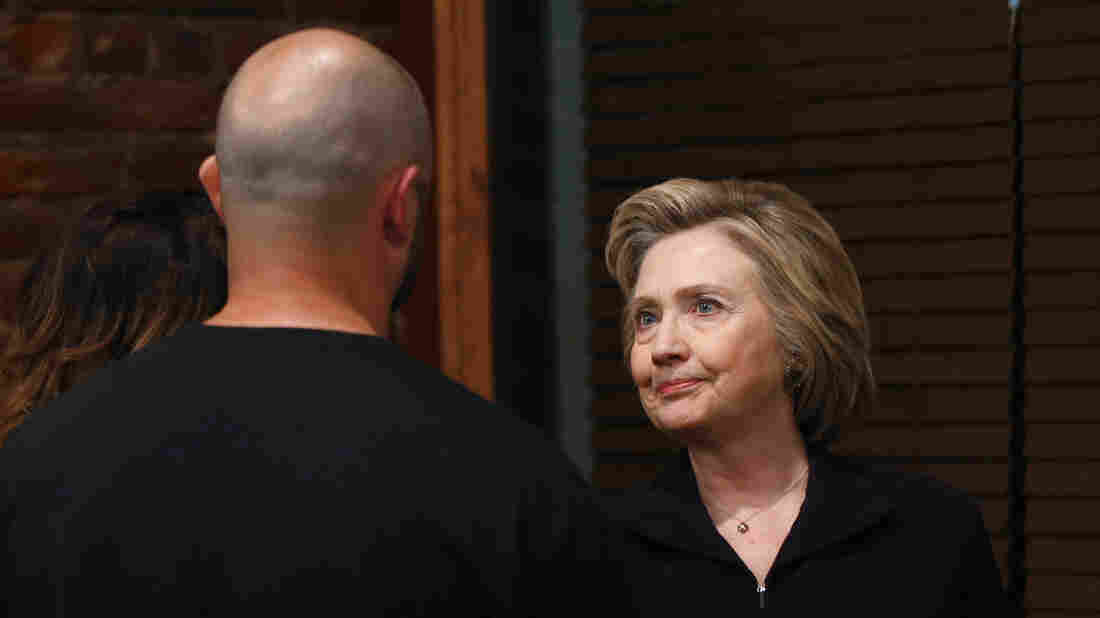 Democratic presidential candidate Hillary Clinton talks with Bo Copley, who recently lost his job at a coal company, at a campaign roundtable in West Virginia on May 2, 2016. Paul Sancya/AP hide caption 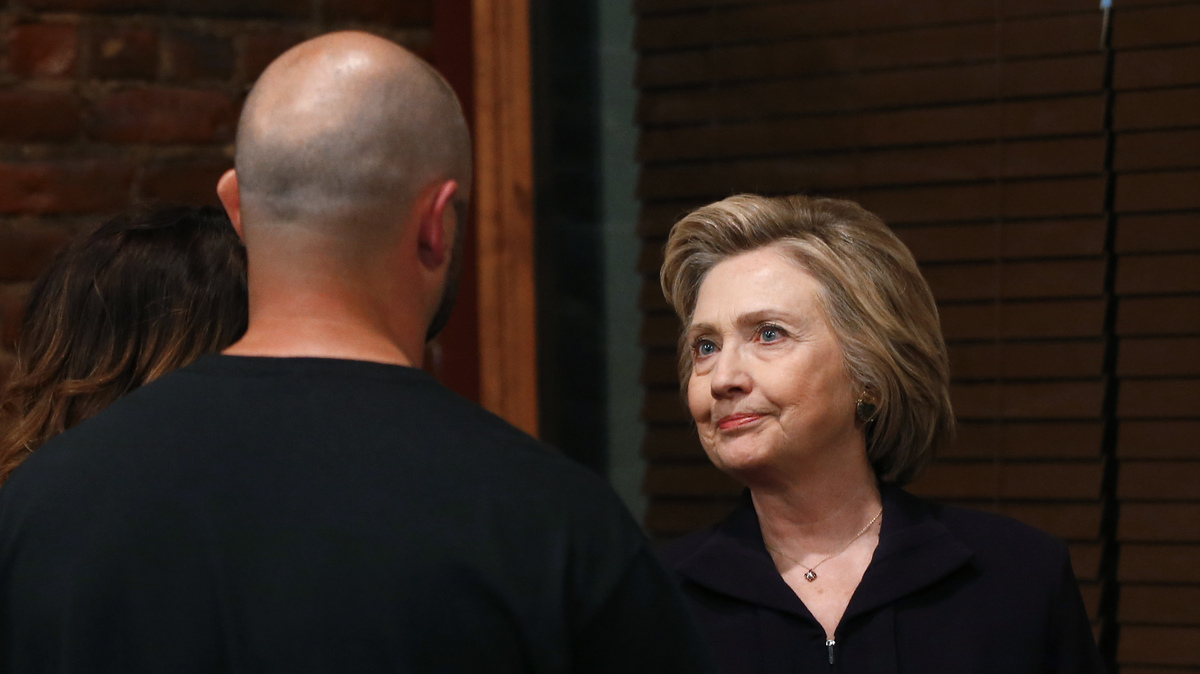 Democratic presidential candidate Hillary Clinton talks with Bo Copley, who recently lost his job at a coal company, at a campaign roundtable in West Virginia on May 2, 2016.

Hillary Clinton, who is campaigning in Appalachia this week, was confronted Monday by an out-of-work coal miner. At a roundtable discussion in West Virginia, Bo Copley asked Clinton, "How you can say you're going to put a lot of coal miners out of jobs and then come in here and tell us how you're going to be our friend. Because those people out there don't see you as a friend."

Clinton apologized for her word choice at a CNN Town Hall back in March. She insists she wants to help coal country through a difficult economic transition.

Let's break it down.

Hillary Clinton is going to "put a lot of coal miners out of jobs."

Did Clinton really say that? What gives?

Clinton did tell a town hall audience in Columbus, Ohio in March that "we're going to put a lot of coal miners and coal companies out of business." But that was part of a longer answer about the need to help blue-collar workers adjust. "We're going to make it clear that we don't want to forget those people," Clinton said. "Those people labored in those mines for generations, losing their health, often losing their lives to turn on our lights and power our factories. Now we've got to move away from coal and all the other fossil fuels, but I don't want to move away from the people who did the best they could to produce the energy that we relied on."

A lot of coal miners and coal companies are going out of business. This is partly the result of Obama Administration policies designed to combat climate change, by shifting power-production away from carbon-intensive coal. It's also the result of the fracking boom, which has led to a sharp drop in the price of natural gas. Together, these forces have put coal at a competitive disadvantage when it comes to turning on our lights and powering our factories. A decade and a half ago, more than half the electricity in the U.S. was produced by burning coal. Today that's shrunk to less than a third, and coal continues to lose market share to natural gas and renewable sources of power.

Dozens of U.S. coal companies have filed for bankruptcy protection, including Arch Coal, the parent company of the mine where Bo Copley worked. Although the U.S. Supreme Court has put the Obama Administration's power plant rules on hold temporarily, many utilities continue to shift away from coal for both economic and environmental reasons. Coal mining employment dropped below 75,000 in 2014, with Appalachian mines seeing the steepest declines.

Hillary Clinton suggests those jobs are not coming back. "The way things are going now, we will continue to lose jobs," she said Monday. Rather than reversing Obama's climate agenda, as Republicans have promised to do, Clinton wants to help coal country adapt. The $30 billion plan she released last fall calls for increased job training, small-business development, and infrastructure investment, especially in Appalachia. The plan also seeks to safeguard miners' healthcare and pensions. "I have been talking about helping coal country for a very long time," Clinton said this week.