Accessibility links
This Ain't Your Mama's Grindcore Band — It's His The Grindmother is a Canadian metal band that's just released its debut album. It's also what the group's 67-year-old lead singer prefers to be called. 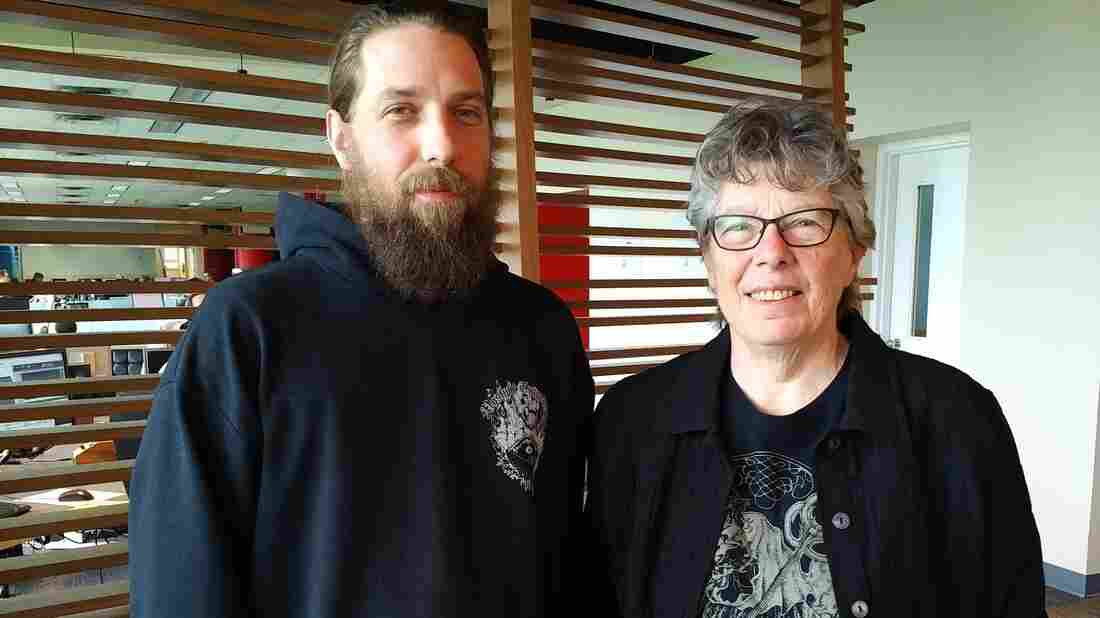 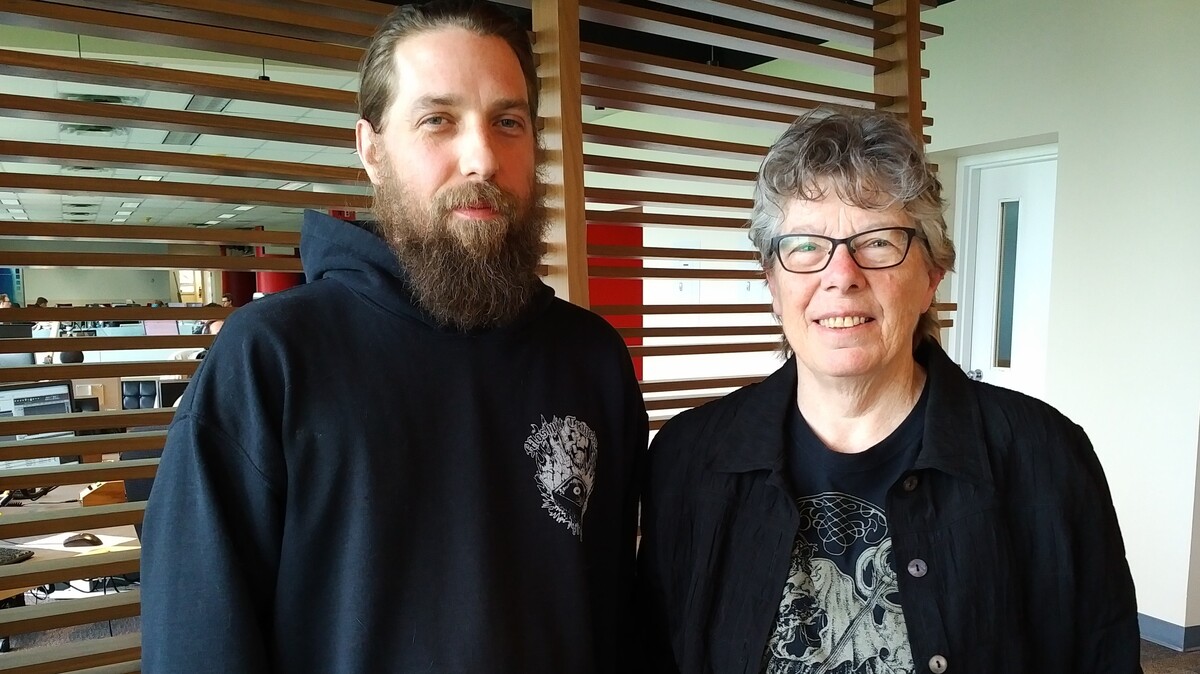 Canadian band The Grindmother is a family act, led by guitarist Rain Forest and his 67-year-old mom.

The Canadian band Grindmother last week released its debut album, Age of Destruction. The group gets its name in part from the style of music it plays, known for short songs with blistering tempos and heavy distortion.

"I would describe grindcore as kind of like a hybrid between punk and metal," says Rain Forest, the trio's gentle-voiced guitar player. "Just brutal and extreme."

More notable, though is the band's other namesake: its 67-year-old lead vocalist, Rain Forest's mother.

"One day she was over, we were just having a coffee," he says. "And I had the recording stuff set up for my own band, so I just said, 'You feel like going upstairs and trying a couple of screams?' And she said, 'Yeah, sure!'"

Mother and son both keep their real names private, but they're unreserved about the strange joy of working together. Hear more of their story, from impromptu experiment to viral phenomenon and beyond, at the audio link.