Accessibility links
Bernie Sanders Says He's Staying In And It's 'Good For The Democratic Party' The Vermont senator tells NPR he will stay in until June, despite the likelihood of Hillary Clinton being the Democratic nominee. 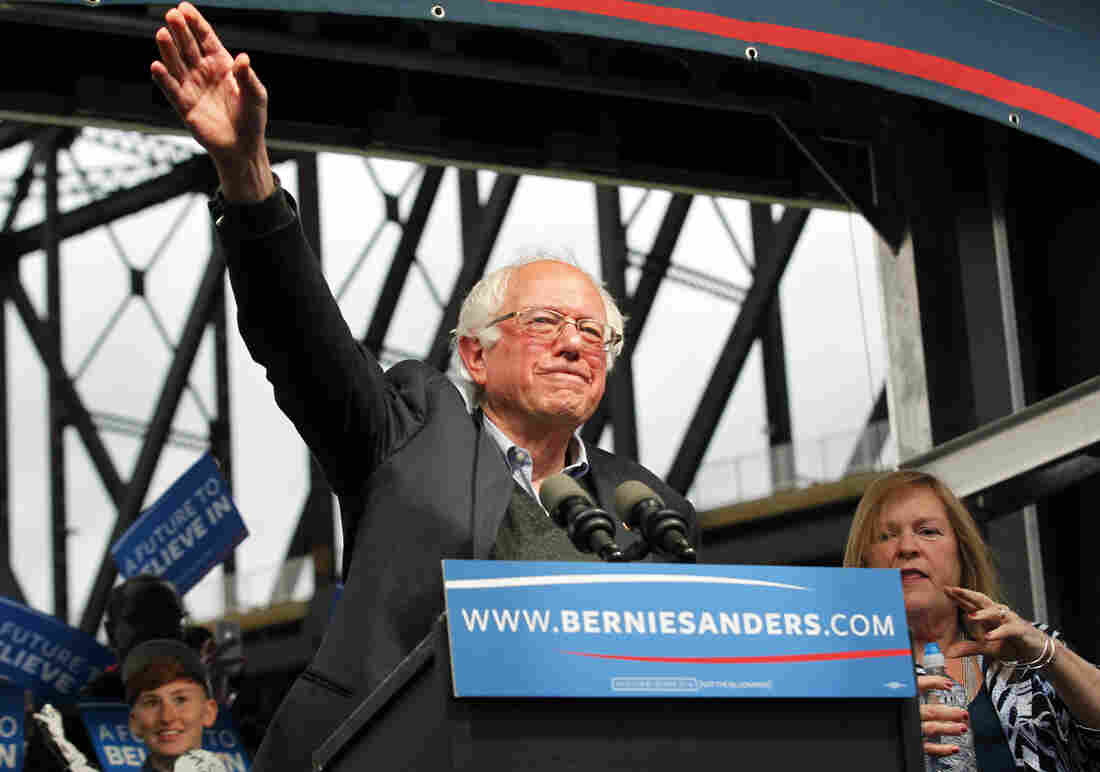 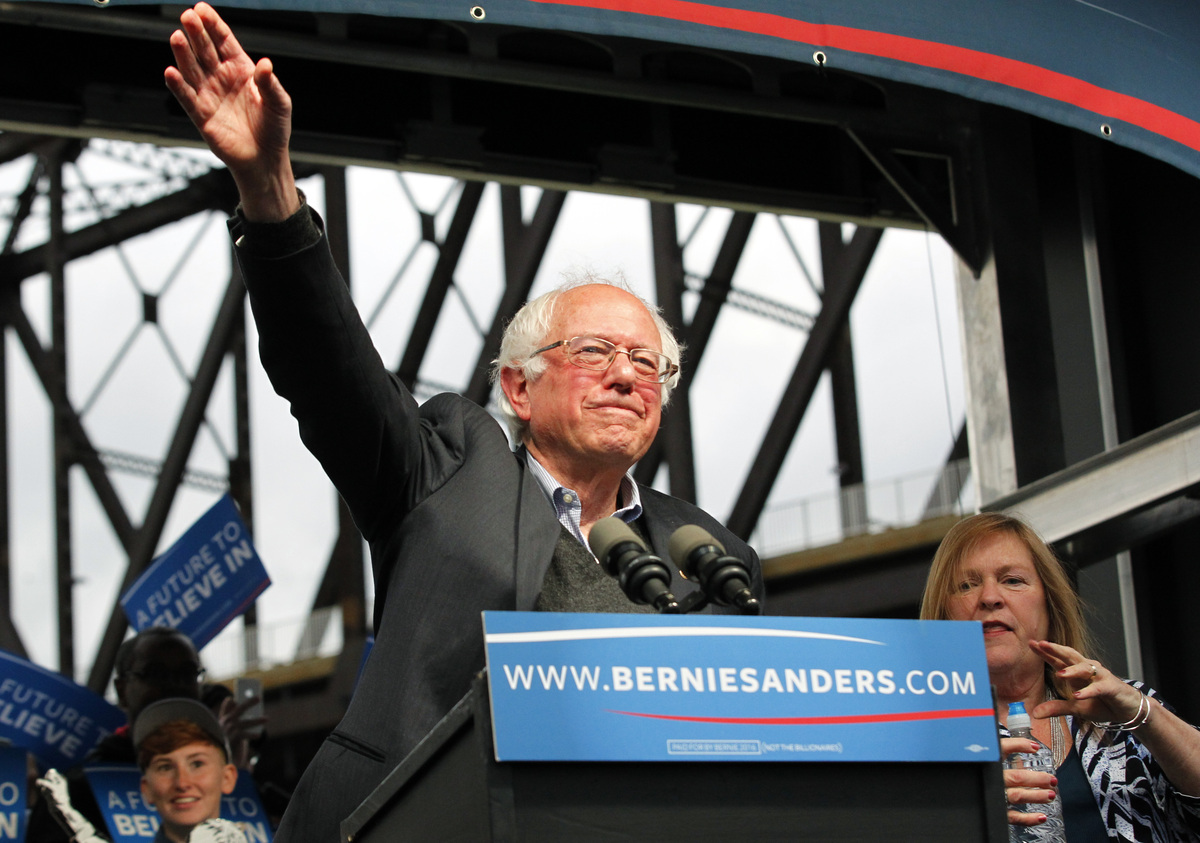 Democratic presidential candidate Bernie Sanders waves to the crowd after arriving Tuesday at a campaign rally at the Big Four Lawn Park in Louisville, Ky.

Bernie Sanders is staying in the race until the last primary and the nation will be better off for it, he told NPR's Steve Inskeep in an interview that will air Thursday on Morning Edition.

Inskeep, passing on questions he had invited on Twitter, asked Sanders if he is "threatening [his] revolution" by continuing to run, potentially scaring some voters away from supporting Hillary Clinton — the likely Democratic nominee — in November.

"I think we are perpetuating the political revolution by significantly increasing the level of political activity that we're seeing in this country," Sanders responded. He added later, "I think it is good for the United States of America, good for the Democratic Party, to have a vigorous debate, to engage people in the political process."

Sanders elaborated, noting that by staying in the race, he is energizing voters and, therefore, in fact boosting the Democratic Party to victory in November. He contended that Democrats do well when turnout is high and that Republicans do poorly when turnout is high.

"So I'm going to do everything I can to stimulate political discourse in this country and get young people, working people, involved in the political process," he said.

That means he will stay in the race "until the last vote is cast" after Washington, D.C.'s Democratic primary June 14.

But Can He Win?

The Vermont independent senator also stressed that he thinks he can still win, despite Clinton's massive delegate lead.

"We think we have a path toward victory — admittedly it is a narrow path," Sanders said.

But Sanders said he believes if he is able to win by large margins in upcoming states like Oregon and California, as he has in Washington (with nearly 73 percent of the vote) and Utah (79 percent), he can pull ahead.

And, remember, he needs two-thirds of all pledged delegates just for a pledged majority. That's very difficult to do because Democrats allocate their delegates proportionally. For example, out of Sanders' win in Indiana on Tuesday night, he finds himself needing a higher percentage of the vote than going into Tuesday because he got only 53 percent of the vote.

"The path to victory is to do extremely well in the remaining states," he said.

In addition, he acknowledged, superdelegates would have to change their minds. However, in states in which he has won (or may yet win) by wide margins, he said, those delegates should simply reflect the will of the voters, not to mention general election prospects.

"I think we have got to make the case that the superdelegates, who in many cases were on board [with] Hillary Clinton even before I got in the race, that they should take a hard look at which candidate is stronger against Donald Trump," he said. "And I think we can make that case."

Sanders pointed to polls in which he performs better than Clinton against Trump in hypothetical general-election matchups.

Sanders, however, declined to answer whether he believes Clinton would be qualified to be president. Rather, he said that he wants to prevent Trump from winning in November.

"Right now as I've said many times, Steve, I think that a Donald presidency would be a disaster for this country," he said. "And I intend to do everything that I can to see that this does not happen."

The Path Ahead: West Virginia

Sanders' next stop in furthering his political revolution is West Virginia, where he is currently campaigning. Clinton angered voters there with a comment earlier this cycle that under her, the nation would "put a lot of coal miners and coal companies out of business" (though she had also said she wanted to invest more in those communities and help workers find new jobs). Clinton apologized for that remark this week.

Asked about this comment, Sanders was similar to Clinton's point of view. He said that while he is committed to helping American workers, the nation has to tackle the problem of man-made climate change by moving "away from fossil fuel."

He added that his climate change legislation includes $41 billion to help displaced workers get education, job training and unemployment benefits.