Accessibility links
Will Donald Trump Get Back The $38 Million He Lent His Campaign? The campaign hasn't laid out clear plans for dealing with the loans. If Trump wants the money back, he will have to raise it from donors within 11 weeks — before this summer's convention. 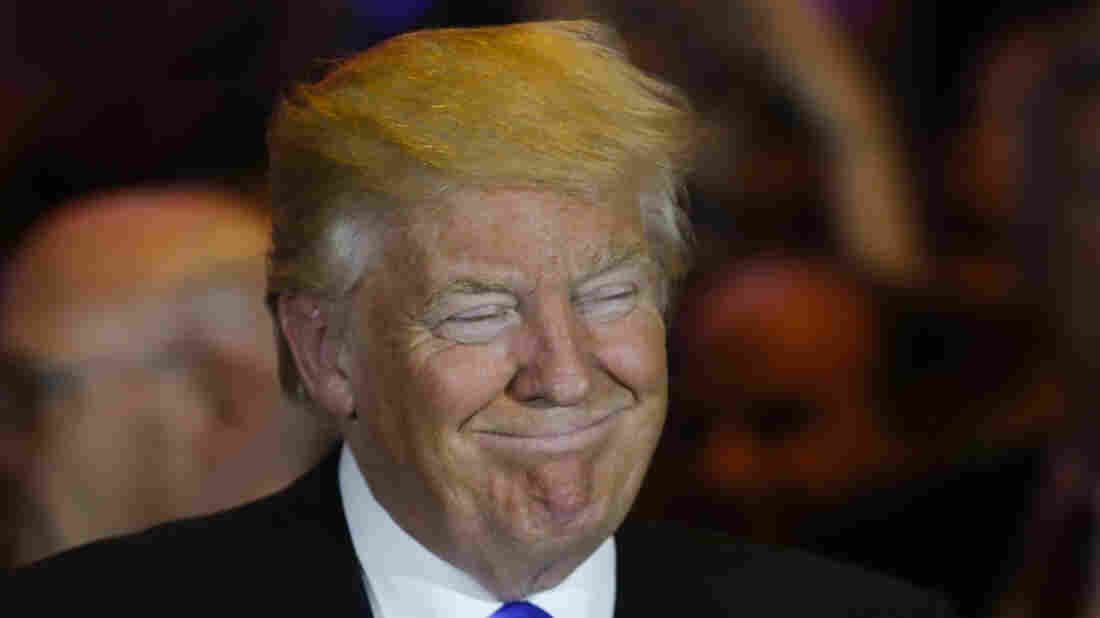 The apparent Republican nominee, Donald Trump, at Trump Tower in Manhattan on the night of his victory in Indiana. View Press/Corbis via Getty Images hide caption 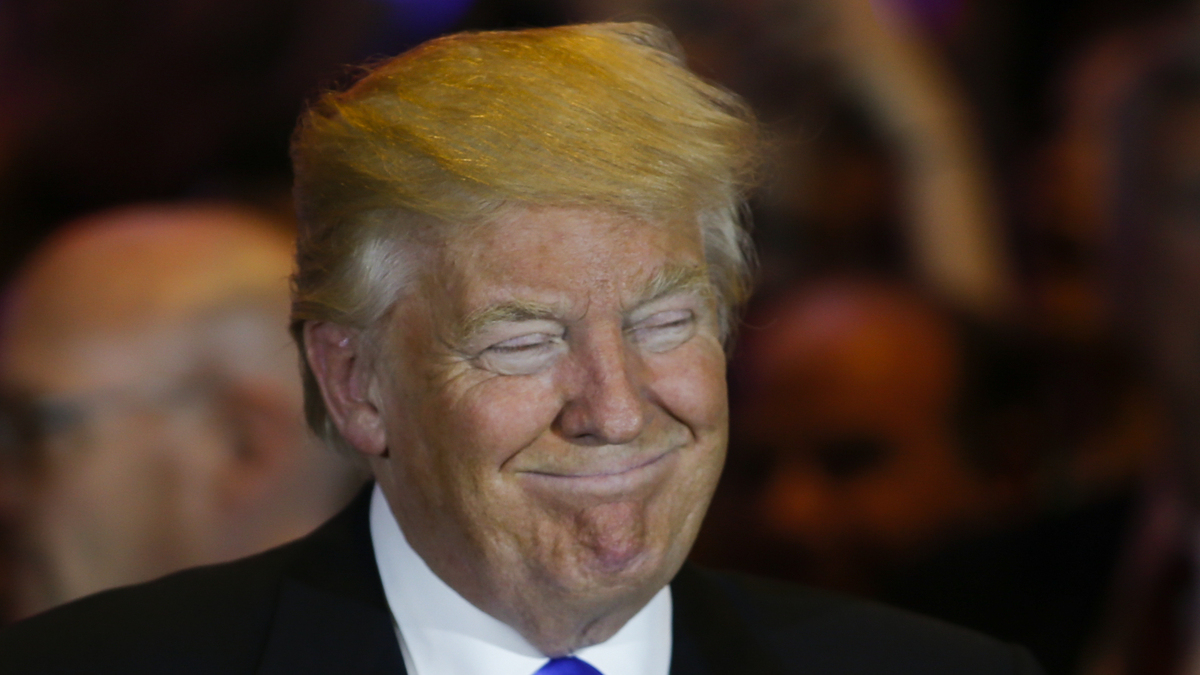 The apparent Republican nominee, Donald Trump, at Trump Tower in Manhattan on the night of his victory in Indiana.

Donald Trump likes to say he is self-funding his campaign. That isn't entirely true. He has actually lent his campaign about three-quarters of the $49 million or so that he has spent so far.

That means the campaign can pay him back if it has the money. But there's a deadline. Trump has 11 weeks to repay himself — exactly at the moment when he needs to pivot and start raising cash for the general election campaign.

The loans began more than two months before his announcement speech last June, when he said, "I'm using my own money. I'm not using the lobbyists. I'm not using donors. I don't care." He paused. "I'm really rich."

Trump had lent the campaign nearly $38 million as of March 31. It's not much in the grand scheme of "really rich" candidates. Mitt Romney, for example, lent his 2008 primary campaign $44 million.

Romney later converted the loans into campaign contributions, something Trump may do as well. But the fact that Trump chose to make loans, not contributions, suggests he at least has hopes of getting repaid.

And here's where it gets complicated for the apparent nominee. Fundraising to repay candidate loans is regulated in two ways.

"If he wants that money back, he needs to raise it in $2,700 chunks before the convention, and make that repayment from his campaign committee to his personal bank account," said campaign finance lawyer Paul S. Ryan, at the nonpartisan Campaign Legal Center.

The $2,700 limit applies to all contributions to federal candidates. The deadline was imposed by Congress in 2002, to prevent situations where lobbyists' money was going directly into the personal accounts of newly elected lawmakers.

Looking ahead, Trump's general election campaign could easily cost $750 million or more, 15 to 20 times what he has spent on the primaries. So the fundraising pressure is on.

The campaign hasn't laid out clear plans for raising that money or for dealing with the candidate loans. Trump discussed fundraising strategy Wednesday morning, on MSNBC's Morning Joe.

"Do I want to sell a couple of buildings and self-fund? I don't know that I want to do that necessarily, but I really won't be asking for money for myself; I'll be asking money for the party," he said.

He also got on the phone with ABC's Good Morning America, saying his campaign will be seeking general-election contributions up to the $2,700 legal limit. "We will probably take small contributions," he said. "We will take the limits. I don't want big contributions."

"Now when it comes to the general election, we're no longer running as an individual," Manafort said. "We're running as the head of a ticket. And so the party itself will be doing some things to raise money, and Mr. Trump has indicated he'd be willing to help the party."

Thus, if Trump wants to recover his loans, he'll have to do debt-retirement fundraising at the same time that he solicits wealthy donors for Republican Party committees.

The national committees have much higher contribution limits than do candidate committees. For the Republican National Committee, the per donor cap is $333,400 a year.

The Trump campaign didn't respond to requests for comment.

If Trump decides against converting the loans to contributions, attorney Ryan says the GOP's priorities for him would be obvious: "(a) campaigning for president, (b) raising money for the general election to be spent down the road, not (c) raising money to repay loans I've made to myself and money spent months ago in order to actually get the nomination."

Trump has yet to say whether these are his priorities too.