Accessibility links
Songs We Love: The Grateful Dead, 'Samson And Delilah (Live, 1978)' The Dead brings together the blues, the Bible and a dramatic tale of passion and power in an electrifying, unreleased performance. 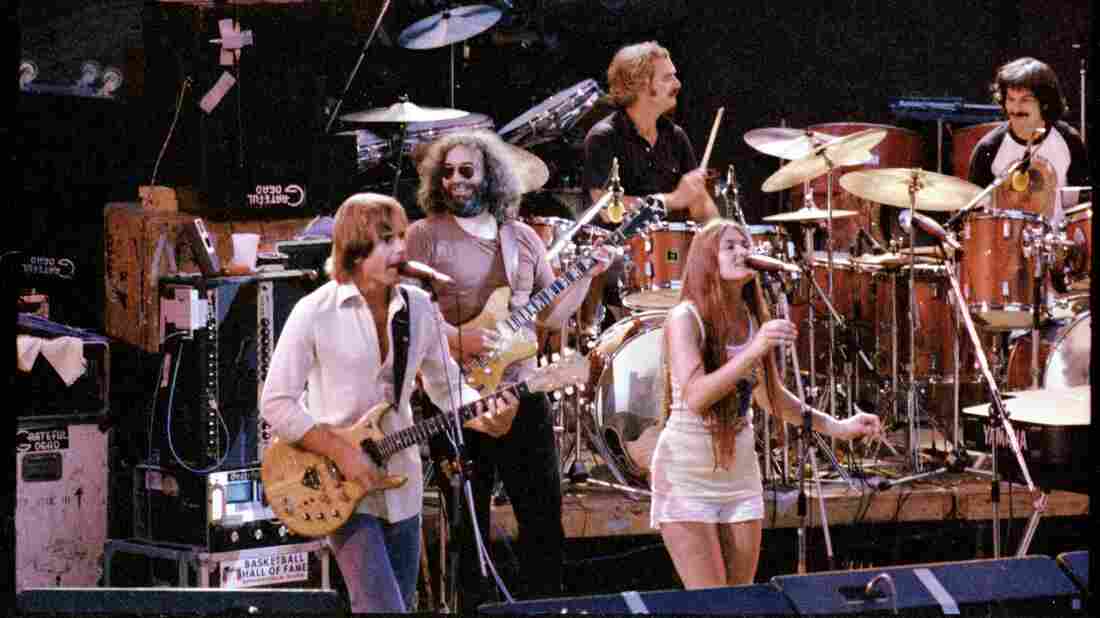 The Grateful Dead. Keith Stieduhar/Courtesy of the artist hide caption 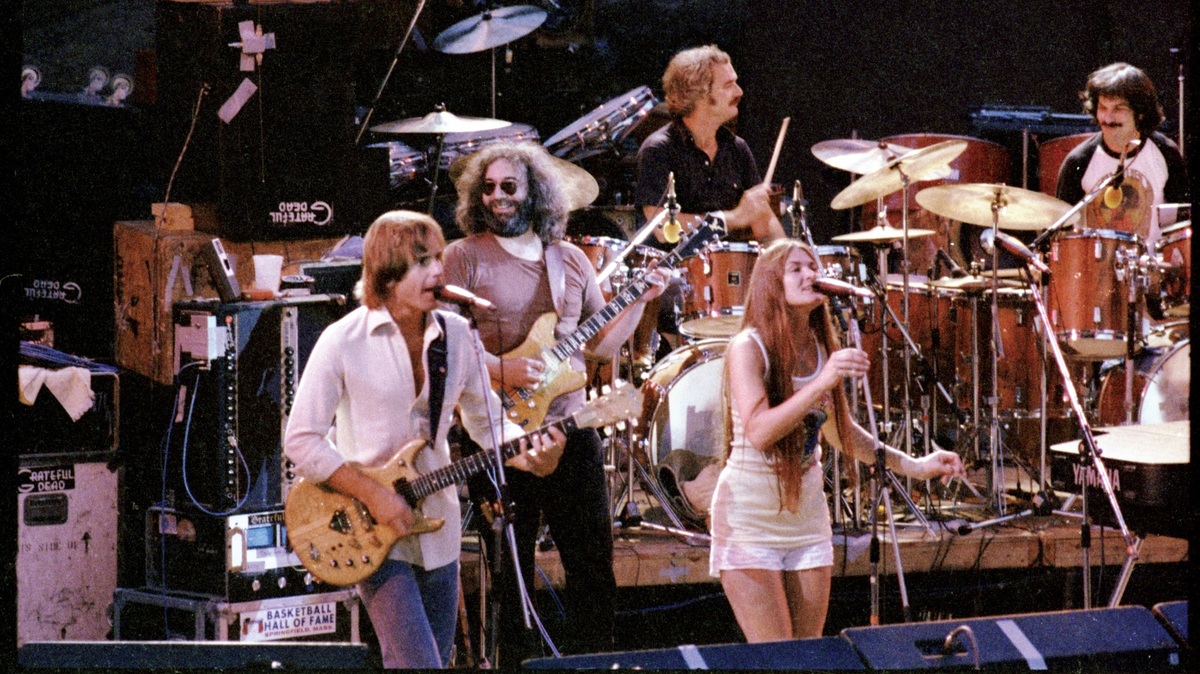 Keith Stieduhar/Courtesy of the artist

Bob Weir had good reason for vehemently roaring, "If I had my way I would tear this old building down," when the Grateful Dead played the Omaha Civic Auditorium on July 5, 1978; the chorus of the galvanic "Samson And Delilah" might have expressed how he and the rest of the band were feeling when they began performing that night at the 11,000-capacity venue for a crowd that reportedly didn't exceed three figures.

But if attendance in a town that the Dead hadn't visited in five years was spotty, you'd never know it from the show. The band left it all on the stage that night, and its darting, dynamic reinvention of the traditional gospel-blues tune was the fiery climax of its first set, with Weir declaiming like a fire-and-brimstone revival-tent Baptist preacher.

In fact, some of the earliest known recordings of the biblical tale (often as "If I Had My Way") were indeed by preachers — like Rev. T.E. Weems, Rev. T.T. Rose and Rev. J.M. Gates, who all cut the tune in 1927. Blind Willie Johnson's version was probably the best known of the era, but it was the most famous country-blues-picking man of God, Rev. Gary Davis, who ushered it into the realm of the Dead.

Folk and blues had been crucial building blocks for the Dead's sound since its earliest incarnation as the jug band Mother McCree's Uptown Jug Champions in 1964. Davis' "Death Don't Have No Mercy" became a staple of the Dead's set in the late '60s. In the early '70s, Jefferson Airplane guitarist Jorma Kaukonen let Weir know that the laconic South Carolina bluesman was living in Queens, N.Y. Weir looked Davis up and managed to snag some guitar lessons from him whenever the Dead was in the area, right up until Davis' passing in 1972.

Weir has declared Davis his "main guitar influence," describing his style as "stride piano playing adapted to guitar." Davis' style undoubtedly affected Weir's own unconventional approach to the instrument, which he tends to attack more like a jazz piano than something with six strings and a fretboard. One of the songs he picked up from Davis was "Samson And Delilah," which eventually made its way into the Dead's repertoire in June of '76. 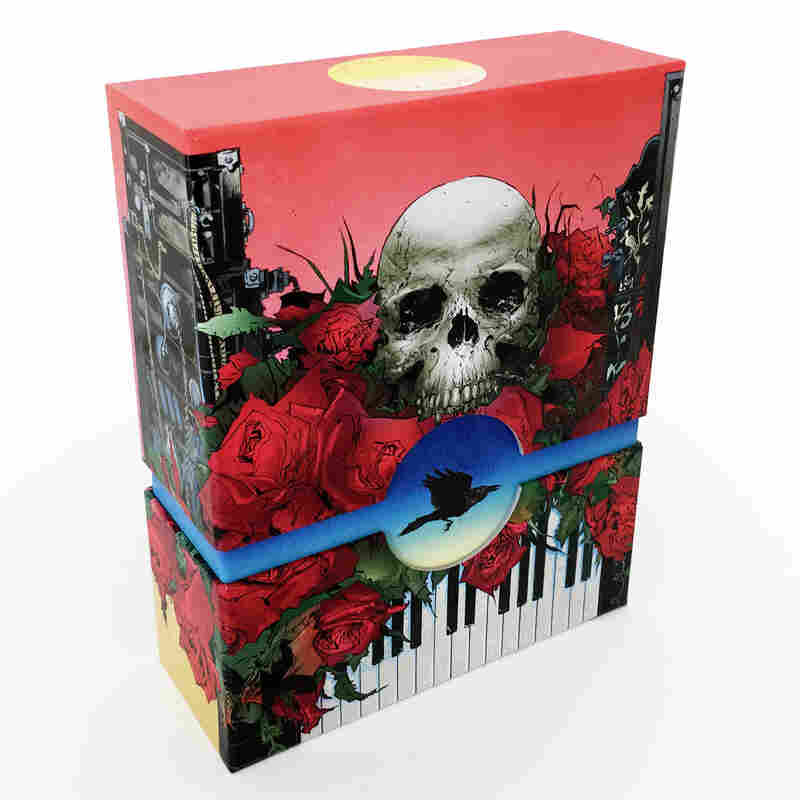 July 1978: The Complete Recordings Courtesy of the artist hide caption

The band's jolting interpretation of the tune was included on the Dead's 1977 album Terrapin Station. And when the Dead made a five-night run in July of '78, amid the dozens of dates the band played that year, it was still featuring the songs from that record prominently in its sets. Now, Dead sound engineer Betty Cantor-Jackson's long-lost soundboard recordings from those nights, out of circulation for four decades, are finally available on July 1978: The Complete Recordings.

The Dead took the subtle syncopations of Davis' version of "Samson And Delilah" and blew it up into an orgiastic explosion of polyrhythms. And on the night in question, the double-drummer dance of Mickey Hart and Bill Kreutzmann acts as a kind of trampoline for the rest of the band to bounce off. Phil Lesh's bass lines leap, throb and prance in ecstatic percolation, while Weir's Davis-schooled, pianistic chords paint an impressionistic landscape ripe for Jerry Garcia's avid explorations.

Garcia blasts and bends in dramatic punctuation of Weir's vocals and unleashes biting, staccato riffs in between lyrics. In his solos, Garcia taps into a burning, passionate place, bursting with the joy of being in the moment as he keeps ratcheting the excitement level higher and higher. And Weir delivers the tale of Samson's strength and Delilah's deception like he's spent his whole life pounding it out on a pulpit before an enraptured congregation.

The crowd at the Civic Auditorium on that night in '78 might have been smaller than anticipated. But from the sound of things, the band probably had them all speaking in tongues before the end of the night.

July 1978: The Complete Recordings comes out May 13 on Rhino, and is available from the Grateful Dead's site.