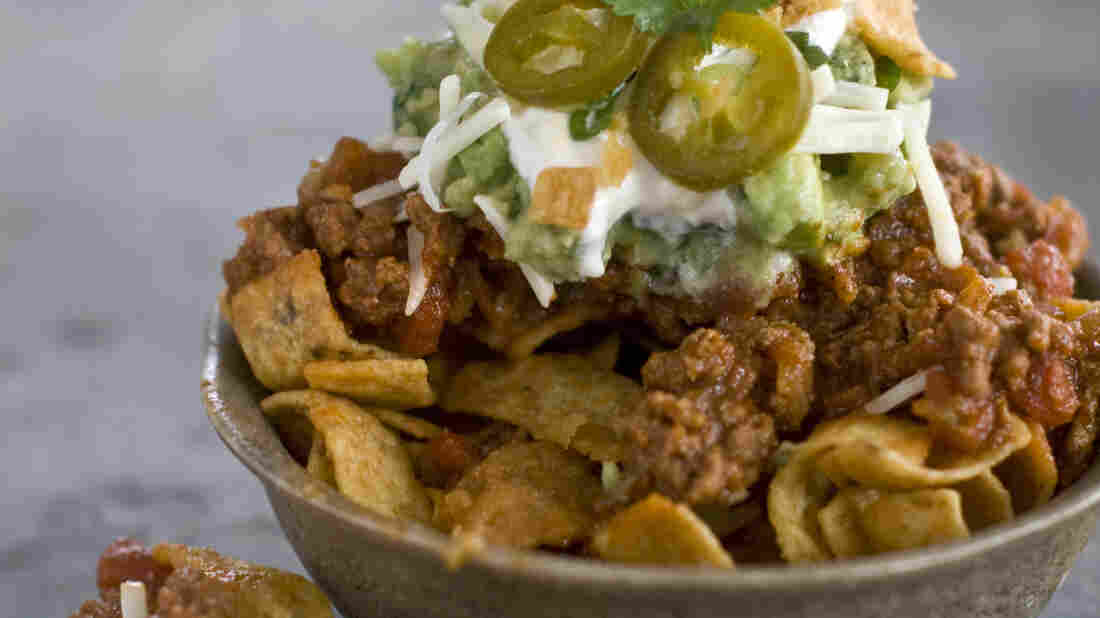 Not the exact taco bowl Donald Trump ate (and technically this is a "walking taco"), but you get the idea. Matthew Mead/AP hide caption 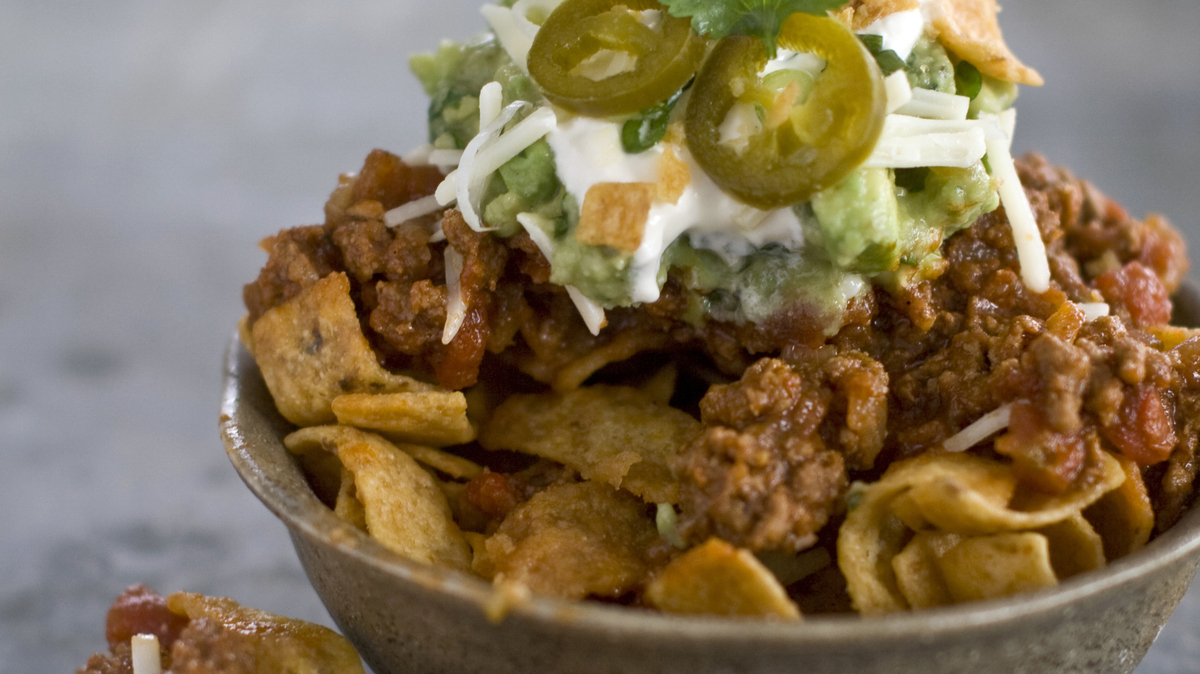 Not the exact taco bowl Donald Trump ate (and technically this is a "walking taco"), but you get the idea.

"Happy #CincoDeMayo! The best taco bowls are made in Trump Tower Grill," he declared in celebration of the holiday that commemorates the Battle of Puebla in 1862.

"I love Hispanics!" he added.

His message immediately caused a Twitter frenzy. Some were frustrated at what they felt was Trump pandering to Hispanics:

Look @realDonaldTrump loves "us". And eats "our" taco salad in support of "Hispanics". 👹🙄😠 https://t.co/zd8txozuTa

And also, everyone had questions: Does Trump Grill even sell taco bowls? No, reported Buzzfeed's Andrew Kaczynski. But wait, were we sure? Apparently the Trump Grill Cafe (a distinct entity from the Trump Grill) is serving a dish called "Taco fiesta!" which may be what he was eating.

Has a reputable food publication reviewed a Trump cafe taco bowl? Why, yes (Eater, scathingly). What does Chipotle think? Naturally, that its burrito bowls are better than Trump Grill's. What reading material was stacked underneath his meal? Possibly a People magazine story on Marla Maples.

It's general election season, everyone, and no stone will go unturned. 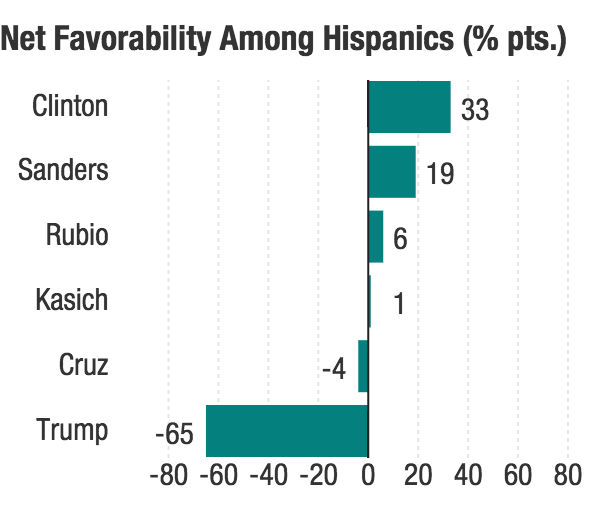 But then, there is a serious side to the Twitter-Trump-taco fest. For all that Trump says, "I love Hispanics," they really do not love him.

His favorability ratings among that group of voters are nothing short of abysmal, according to several polls. His net-favorability rating with Hispanic voters was negative-65 in a March Gallup poll, with 77 percent having an unfavorable view of him.

In comparison, his fellow Republicans Ted Cruz, John Kasich, and Marco Rubio earned scores of -4, 1, and 6, respectively. (Admittedly, they were less well-known to respondents than Trump is.)

Democrats fared far better: Sanders came in with a net favorability of 19, and Clinton at 33.

That's a huge problem for a party that has already known for years that it needed a boost among Hispanic voters. In its 2013 autopsy, the Republican Party advised its candidates to "engage" more with Hispanic voters in advance of 2016.

This wasn't a futile quest, they stressed: George W. Bush proved that the GOP could perform well among Hispanic voters, winning 44 percent of that vote in 2004. But in 2012, Mitt Romney only won around 27 percent of Hispanic voters.

And as the Hispanic population grows (and fast), the bar is only being set higher for Republicans. That group's share of the electorate has grown by 17 percent since 2012, according to the Pew Research Center, compared to 2 percent for white non-Hispanics.

Put another way, Hispanics make up an estimated 12 percent of eligible voters this year, per Pew. That's almost double the 7 percent share in 2000.

In part due to that fast growth among Hispanics, pollster Whit Ayres wrote in 2015 that a candidate this year wouldn't win with George W. Bush's 58 percent of the white vote and 26 percent of the nonwhite vote (including minorities beyond non-white Hispanics).

Trump could maybe pick up more support as November approaches. But a recent poll suggests he would have a massive amount of ground to make up in the next six months. Only 14 percent of non-white registered voters in a Wednesday CNN poll said they would support Trump in a race against Clinton (again, compared to George W. Bush's 26 percent final share of the 2004 non-white vote, McCain's 19 percent in 2008, and Romney's 17 percent in 2012).

It's true that for lots of Hispanics voters, immigration isn't the top issue, and that it isn't just a Hispanic issue. Still, the GOP did recognize in 2013 that a more welcoming immigration policy could endear them to more Hispanic voters.

"[A]mong the steps Republicans take in the Hispanic community and beyond, we must embrace and champion comprehensive immigration reform," the RNC wrote in its autopsy. "If we do not, our Party's appeal will continue to shrink to its core constituencies only."

Trump, of course, favors building a wall along the U.S.-Mexico border and deporting roughly 11 million people who are in the U.S. illegally (a study released Thursday found that that policy would slice 2 percent off US GDP).

All of which is to say that as Trump has a long way to go beyond tweets of taco bowls to reach out to Hispanic voters.

With reporting from Jessica Taylor.