Accessibility links
Barnes & Noble Founder Retires, Leaving His Imprint On Bookstore's History As Founder and Chairman of Barnes & Noble, Leonard Riggio steered it through the proliferation of free information in the Internet age. As he retires, he tells NPR's Lynn Neary about his long career. 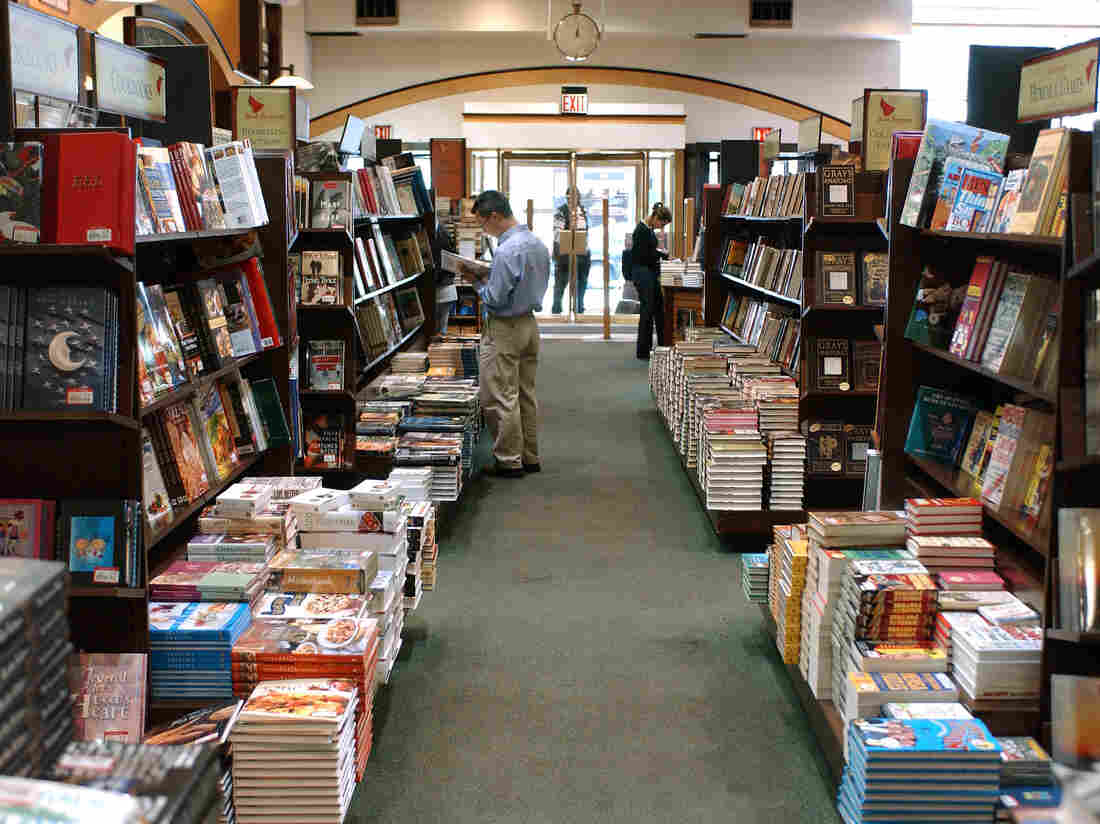 Customers shop at Barnes and Noble in Rockefeller Center May 1, 2003 in New York City in an era before eBooks rose in popularity. Mark Mainz/Getty Images hide caption 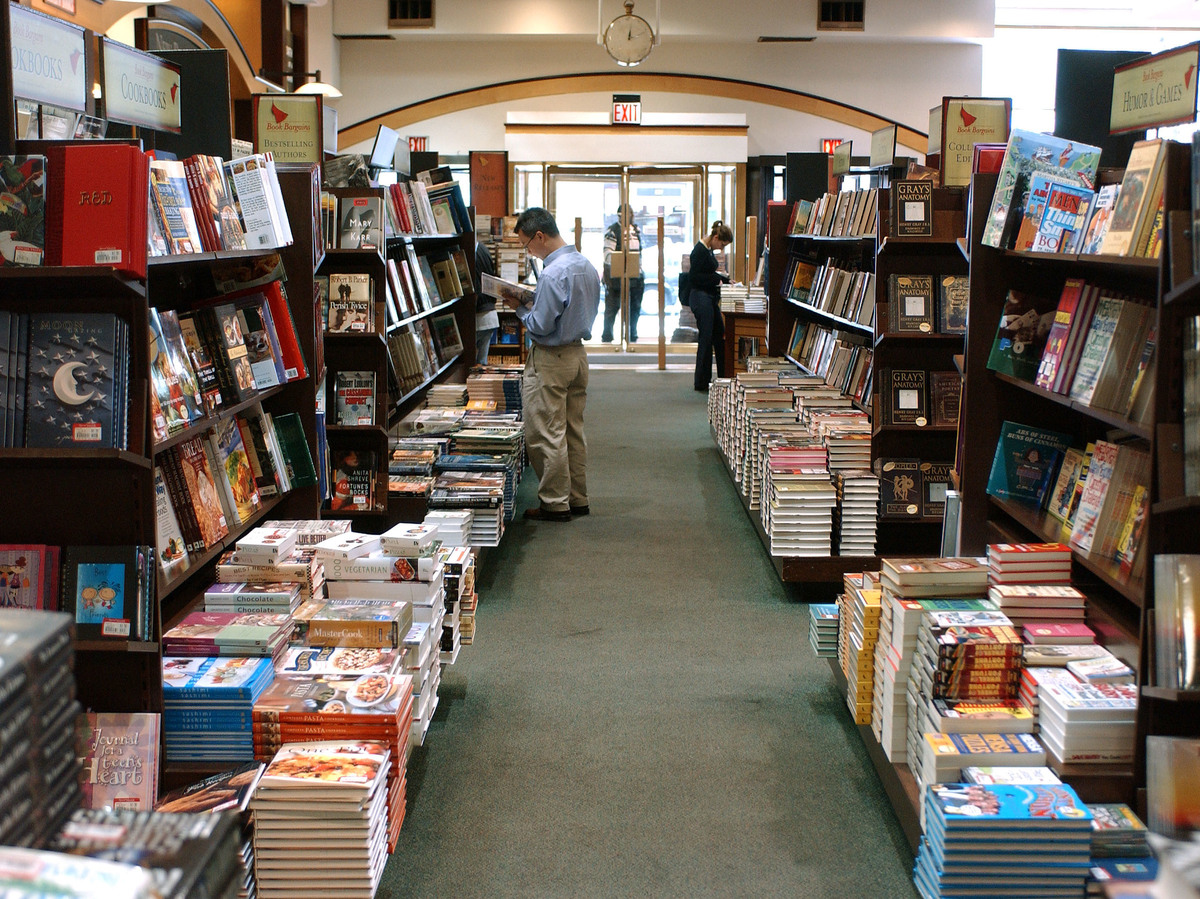 Customers shop at Barnes and Noble in Rockefeller Center May 1, 2003 in New York City in an era before eBooks rose in popularity.

This time 50 years ago, "Monday, Monday" by The Mamas & the Papas was the No. 1 song in the U.S. Valley of the Dolls by Jacqueline Susann was the New York Times best-selling novel. The Vietnam War was intensifying. The Civil Rights movement was gaining momentum. Kauai King was en route to win the 92nd Kentucky Derby. And a then little known businessman, whose name would later be written in a chapter of one of history's most noted bookstores, was now getting his start selling books.

His name is Leonard Riggio and he's co-founder and chairman of Barnes & Noble bookstore — the largest retail bookseller in the United States. It was Riggio — his Barnes & Noble, alongside rival Borders — who gave America the big-box bookstore. Riggio steered Barnes & Noble from an era of bonded leather books through the proliferation of free information in the Internet age, and the advent of online booksellers. Yes, he's watched his industry wrestle with digital publishing and the popularity of e-books and the rise of Amazon.

Now after more than half a century getting books on and off shelves and into the hands of thousands of people in America and across the world, Riggio is turning the final chapter on the book selling business. At 75, he's retiring.

While the music, artistes, issues and more of five decades ago have for the most faded away, the industry Riggio entered back then has shown much resilience, despite the rise of digital. In fact, according to this research, "the global market for books is growing." So even though the landscape of brick-and-mortar bookstores is getting smaller and consumer dollars are shifting from the printed book to e-books, these spaces remain a hub for book lovers. And of course, major bookstore chains, such as Barnes & Noble are still important to publishers and authors for selling and buying large quantities of new books. 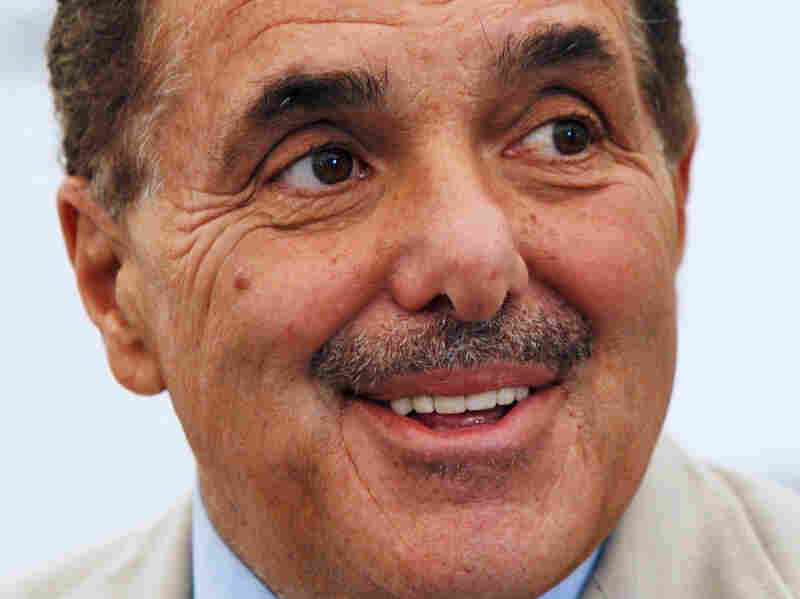 Leonard Riggio, chairman of Barnes & Noble is set to retire next September, after more than 50 years in the book selling industry. Alex Brandon/AP hide caption 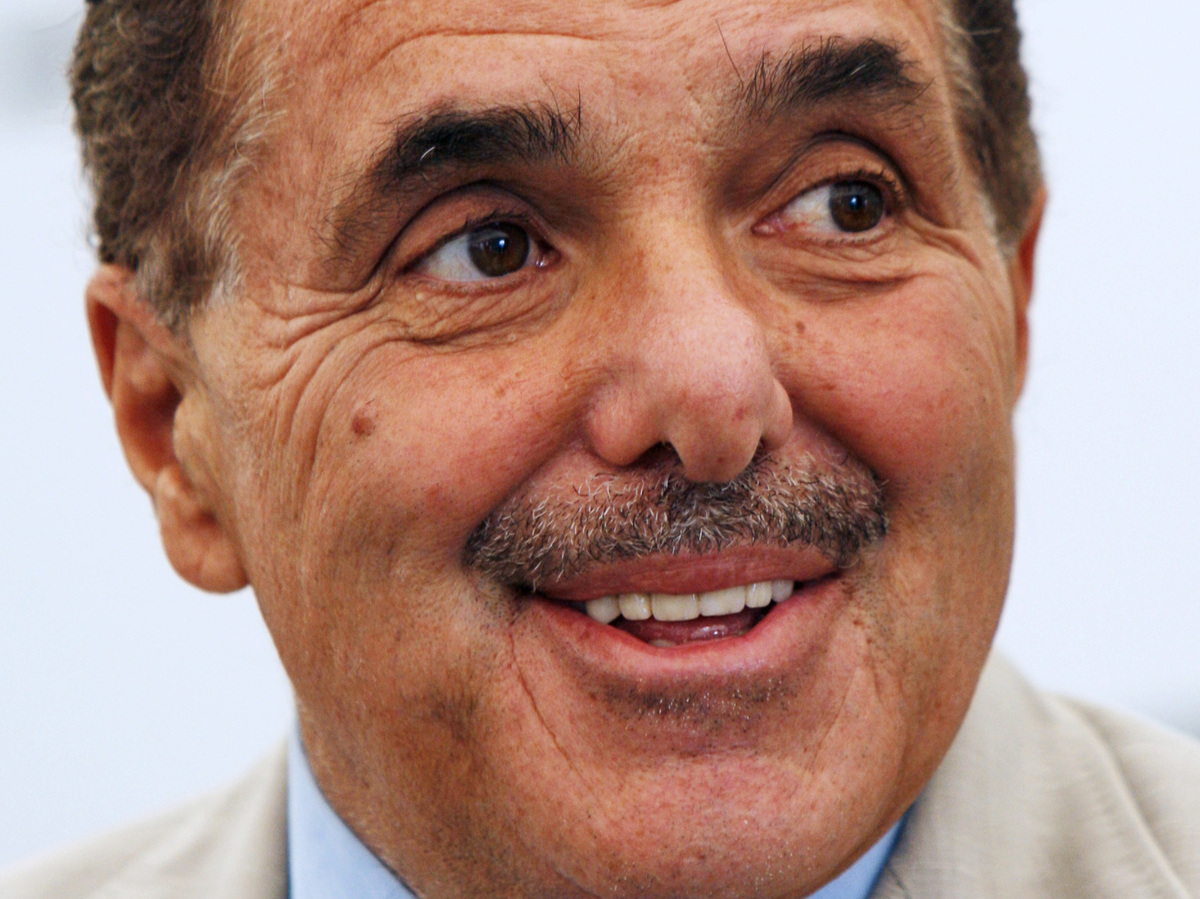 Leonard Riggio, chairman of Barnes & Noble is set to retire next September, after more than 50 years in the book selling industry.

Riggio spoke recently with NPR's Lynn Neary about the industry and his enduring career, which comes to an end in September.

Born and raised in New York City, Riggio didn't dream about going into the bookselling industry during his years at Brooklyn Technical High School. He'd set out to study engineering, but took an opportunity to work as a clerk in a book store, and that sent him off on a very different path. On graduating high school, he took evening classes at New York University, where he founded the Student Book Exchange in 1965. He turned this small bookstore into successful retailer and a few short years later acquired the Barnes & Noble bookstore in New York City. The rest, as the saying goes, is history.

Riggio recalls of his early years with Barnes & Noble, they started designing and operating stores that were meant to be public spaces.

"And the public meant book stores for everyone," he says.

In fact, he notes that the Barnes & Noble bookstore chain was a pioneer in many ways.

But as the business expanded, these innovations did not come without criticism. Often, Barnes & Noble was seen as a villain for putting smaller stores out of business.

"From our point of view, what we were looking to do was to serve and engage readers and it was not our intention to look in the window that might be five miles away," Riggio says. "And some of the press liked to say we opened up in order to put these people out of business, which I thought was ridiculous. But we kind of ignored it and just moved on."

Moved on they did. When super book store chains rose in the 1990s, Riggio kept Barnes & Noble on the leading edge and helped the company to maneuver rough waters like the transition brought on by digital publishing and the popularity of e-books. Barnes & Noble responded to the latter by introducing its Nook e-reader, hoping to capitalize on this growing market. Its success never matched that of its printed book sales, despite the company's best efforts. 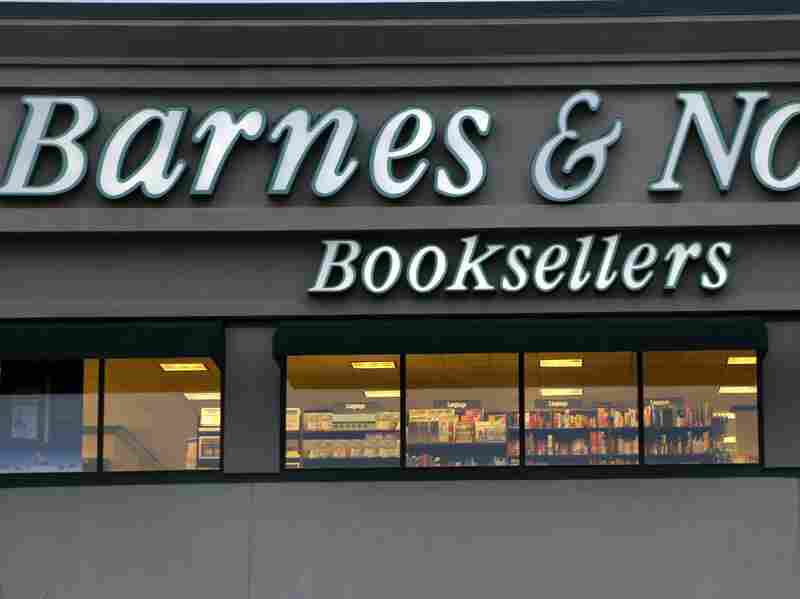 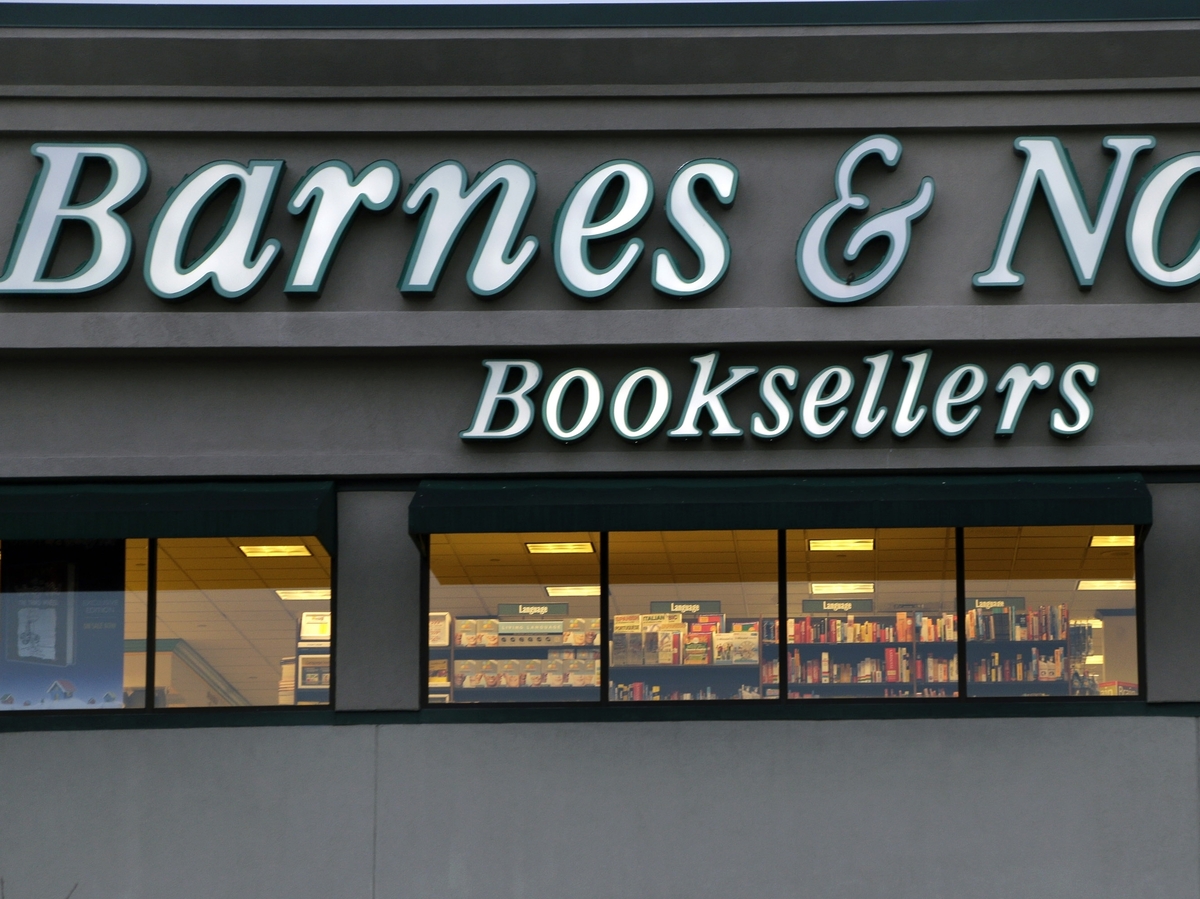 As recent as last fall, the Nook division recorded a $17-million loss, as sales plunged 22 percent. So is this an indication that the future of books could be good old fashioned print?

"There are components of the printed book business that remain sentimental, endearing, and even practical. So I don't think that books will go away, but I think the digital business and all things digital will continue to grow at a much faster rate," Riggio says.

He acknowledges that the rise of Amazon has presented even more competition and a great challenge for the future of brick and mortar bookstores, but overall, he says there's a bigger force at play.

"It was not Amazon's delivery of books that changed things as much as it was the Internet itself,' he says. "Because the things that people would have to find in books were now available online and free. In fact, even today, authors that I speak to do more of their research online than they do in libraries. So I think that technology component had more to do with the suppression of book store sales than Amazon did."