Accessibility links
'Little Mosque' Creator Zarqa Nawaz On Mixing Comedy And Religion The writer/filmmaker uses humor to help people understand Islam, but it took years for some mosque members to come around to her jokes. Nawaz's new memoir is called Laughing All The Way to the Mosque. 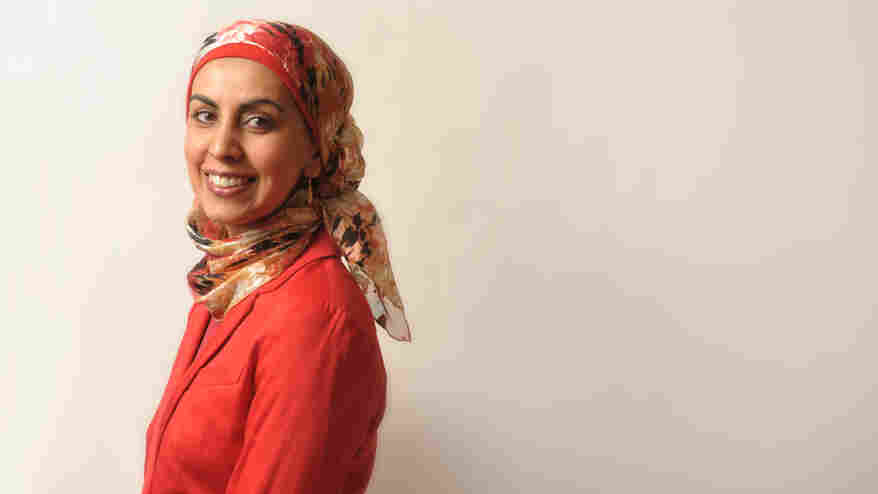 Zarqa Nawaz's Little Mosque on the Prairie ran on the CBC from 2007 to 2012. Courtesy of Zarqa Nawaz and Goldberg McDuffie Communications hide caption 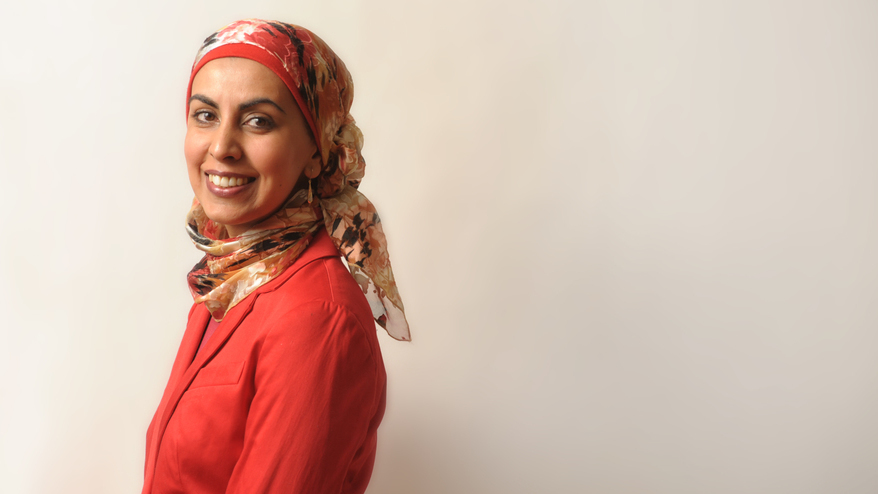 Growing up Muslim in Canada had its challenges for Zarqa Nawaz, starting with school lunch. Her mother insisted on sending Nawaz off with home-cooked chicken that smelled of cumin, when all she wanted was a peanut butter and jelly sandwich, like all the other kids. Years later, Nawaz has turned a lifetime of culture clashes into a career as a writer and filmmaker. In her work, she uses humor to humanize a religion she loves, but others fear.

Canada Chuckles at 'Little Mosque on the Prairie'

Nawaz is probably best known for creating the CBC sitcom Little Mosque on the Prairie, about Muslims living in the Canadian province of Saskatchewan. Now she also has written a memoir called Laughing All The Way to the Mosque. She tells NPR's Lynn Neary that everything was fodder for her memoir — even her son's circumcision.

"My son, who's 17, he was so excited when the book came out. He goes, 'Oh, what part of it am I in?' And then it turned out it was the circumcision part. You know, his friends in high school read it and they teased him mercilessly. You don't anticipate those things when you write!"

On deciding to create a sitcom about Muslims 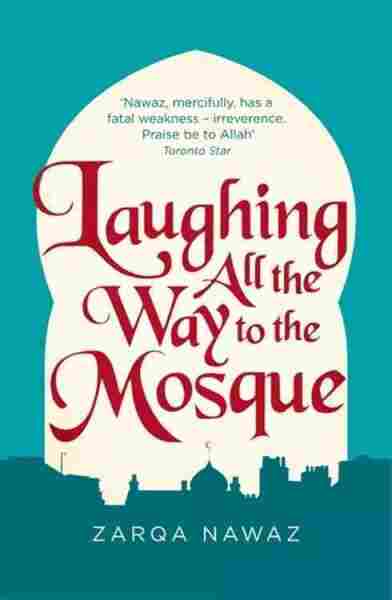 Laughing All the Way to the Mosque

The Misadventures of a Muslim Woman

There had been no representation of Muslims in a sitcom before in the Western world, nothing positive anyway. So, you know, instead of sort of going baby steps like The Cosby Show and having ... a comedy-about-family show, I decide to make the very first sitcom about a mosque and make it into a comedy about religion, right? And so this was really shocking to a lot of conservative religious people.

I said [the Prophet Muhammad] didn't buy a telescope from Costco because Costco didn't exist in the seventh century. And [the man] started crying, and he's like, "How could she make fun of the prophet?" And I wasn't making fun of the prophet, I was just making fun of Muslims who insist on visually seeing the moon, you know, which signifies the beginning of Ramadan. And this is the traditional fight that we have.

They had a petition, and the petition said I should be removed as a member of good standing. And so I didn't want this to get out into the media because I knew what would happen. People would say, "Oh, see? Muslims can't handle comedy; they're always attacking one another." And I thought, OK, you know what? I'm just going to resign my membership — which was like $25 anyway — and go to Toronto. I was living there six months out of the year anyway for the show.

And, ironically, the mosque set of Little Mosque on the Prairie faced northeast, so I was able to pray there. And so that's where I sort of retreated, licked my wounds, and sort of, you know, tried to understand what was happening.

It took years — it took maybe two or three years — for the community to come around ... because what started happening was all these non-Muslims were watching the show and going, "You know what? You guys are so much like the people in my synagogue and my soccer association. We're all the same. Isn't it great?"

And they'd be slapping the Muslims on the back and the Muslims would be like, "No, it's not a good show." But it's making so many people happy. And then I think that's what they needed to see and hear was that it wasn't actually demonizing them — that in fact it was helping non-Muslims bond with them.

On going to Mecca after having her daughter

I'm a new mom; I've just had a baby; I'm exhausted. ... And my mom said ... "I'll look after her for two weeks while you go for the hajj." And to me that was so great. I wouldn't feel guilty, I could get a relaxed vacation — you know the sand, the sun. And that was my attitude. And then I get there and it turns out to be this grueling spiritual, physical, emotional journey. You know, it was like every part of it was so hard and so strenuous and you really sit down and you have to think about your life and why you're here and why does God want us to go through this?

I think: You make a joke about something, it somehow lets people let down their guard and absorb something that they wouldn't normally ... be willing to accept, and say, "OK, that was interesting. Maybe I've been wrong about my preconceived notions about this one group of people ... maybe they are similar to us."

And so someone said: When you make something so specific about a culture or community, it ends up becoming more universal. ... And that surprised me the most about making the show and writing this book, was when people [said], "That's my world, too."