Accessibility links
Russian Military Involved In Shooting Down Flight MH17, Researchers Say As investigations continue into the downing of Malaysia Airlines Flight 17 over eastern Ukraine two years ago, the Kremlin has dismissed a new report that directly implicates the Russian military. 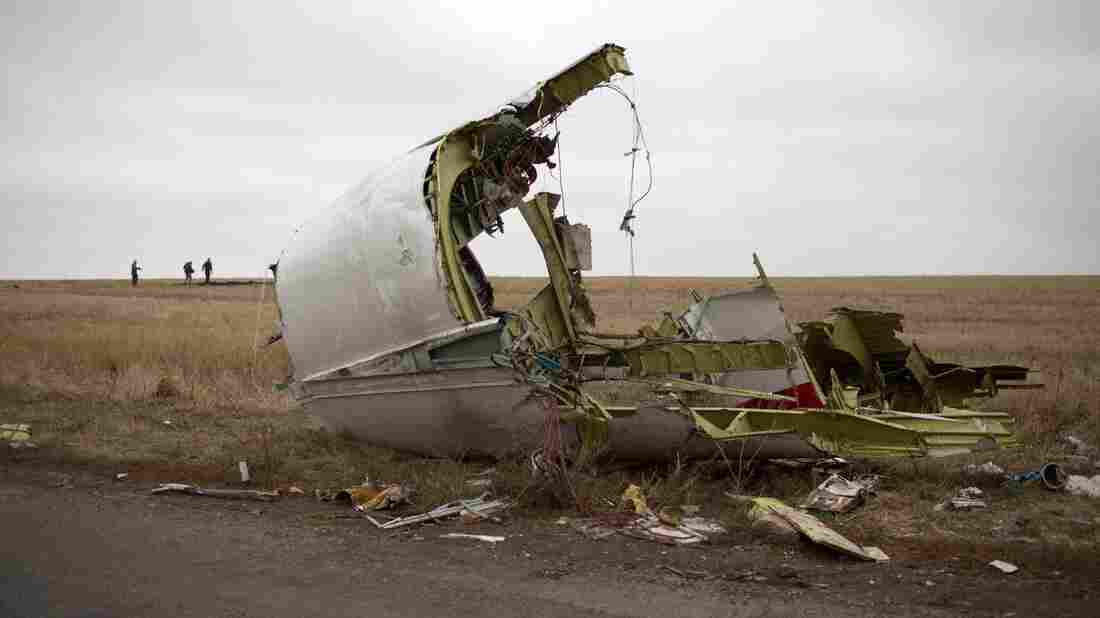 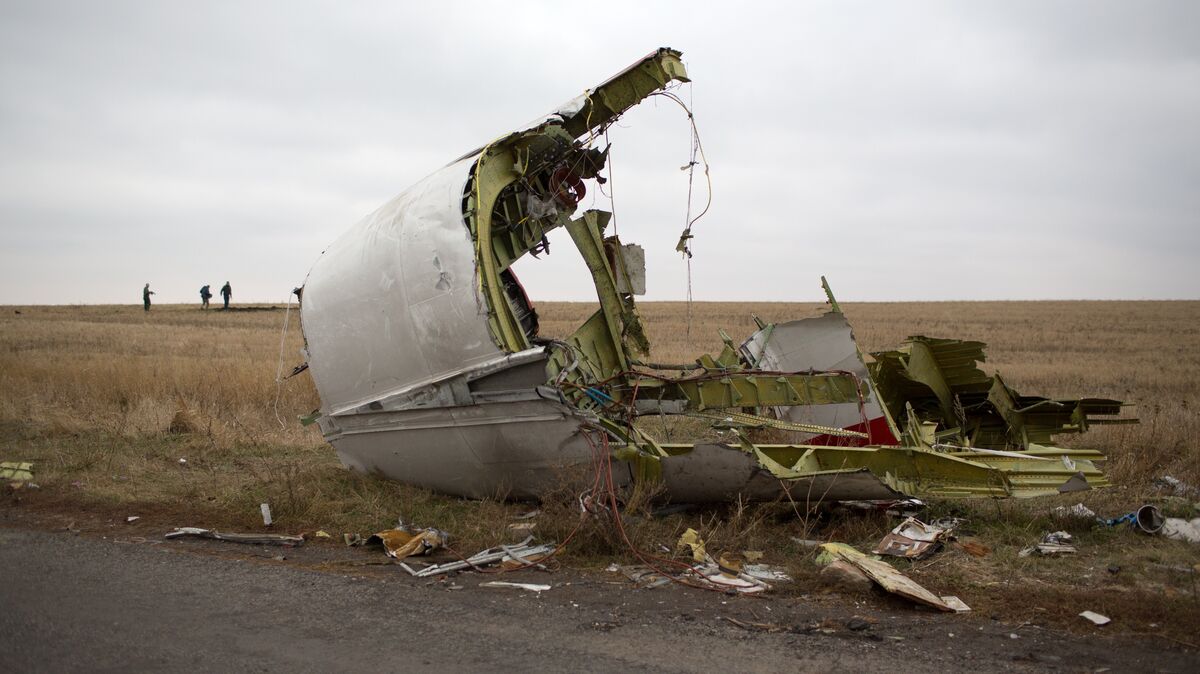 Journalists walk near parts of Malaysia Airlines flight MH17 near the Grabove village in eastern Ukraine on Nov. 11, 2014.

Russian officials are trying to discredit a new report that implicates the Russian military in the shoot-down of Malaysia Airlines flight 17. Nearly two years ago, that attack in the skies over eastern Ukraine killed 298 people.

The latest report comes from a U.K.-based organization called Bellingcat, which bills itself as a group of citizen investigative journalists. Much of their work is done by volunteers, who sift through open source information on the web, using social media and satellite imagery. The group was launched with a crowd-funding campaign, and says it now receives a grant from Google.

Bellingcat has focused on a number of big stories such as the war in Syria and the terror attacks in Paris. The team has been interested in the MH17 case ever since the plane was shot down in July 2014.

Early on, the group found photographs of an anti-aircraft missile launcher that were taken in eastern Ukraine on the day the plane was shot down. Eliot Higgins, one of the founders of Bellingcat, says his group linked the missile launcher, called a Buk, to the Russian 53rd air defense brigade. That unit is stationed in the Russian city of Kursk, not far from the Ukrainian border.

The photographs included pictures of their equipment, such as their Buk missile launchers. The launcher that was believed to have shot down the Malaysian airliner had an identification number that was partly worn away, but the researchers were able to pick out other unique characteristics. They included a dent in the side of the launcher and even the pattern formed by soot around the exhaust pipe.

"We looked at all these details and we were able to establish the number of the missile launcher, which was 332," Higgins says.

In other words, Bellingcat is saying that MH17 was shot down by a specific Russian missile launcher that was documented to be in eastern Ukraine at the time.

Spokesperson for the Russian Ministry of Foreign Affairs, Maria Zakharova, dismissed the Bellingcat report. She says it was the work of amateurs who ignored the information put forward by Russian experts and professionals.

Zakharova says the motives behind it are sinister. "We consider this whole campaign to be an attempt by certain destructive forces to demonize Russia by creating an image in the mass consciousness that's very far from reality."

Eliot Higgins says much of the information provided by the Russian experts has been refuted. He says there's a simple reason why Russia has been so adamant in rejecting any suggestion its troops were involved in the shoot-down.

Russia has continually denied it ever sent any troops or equipment across the border into Ukraine, Higgins says, because "to admit that they were responsible for MH17 is not only admitting to the murder of 298 people, but also admitting that they were lying for months and months to their own countrypeople."

The Safety Board in the Netherlands, where the flight originated, recently completed its investigation, saying the plane was most likely shot down by a Buk missile, originating from territory controlled by the Russian-backed separatists.

Dutch police are now conducting a criminal investigation into the attack, which may finally determine who fired the missile.