Accessibility links
Study: Sanders Single-Payer Health Care Would Cost $32 Trillion His single-payer health care plan would cost an estimated $32 trillion, according to the Tax Policy Center. And it's not balanced out enough by tax increases.

Study: Sanders' Proposals Would Add $18 Trillion To Debt Over 10 Years

Study: Sanders' Proposals Would Add $18 Trillion To Debt Over 10 Years 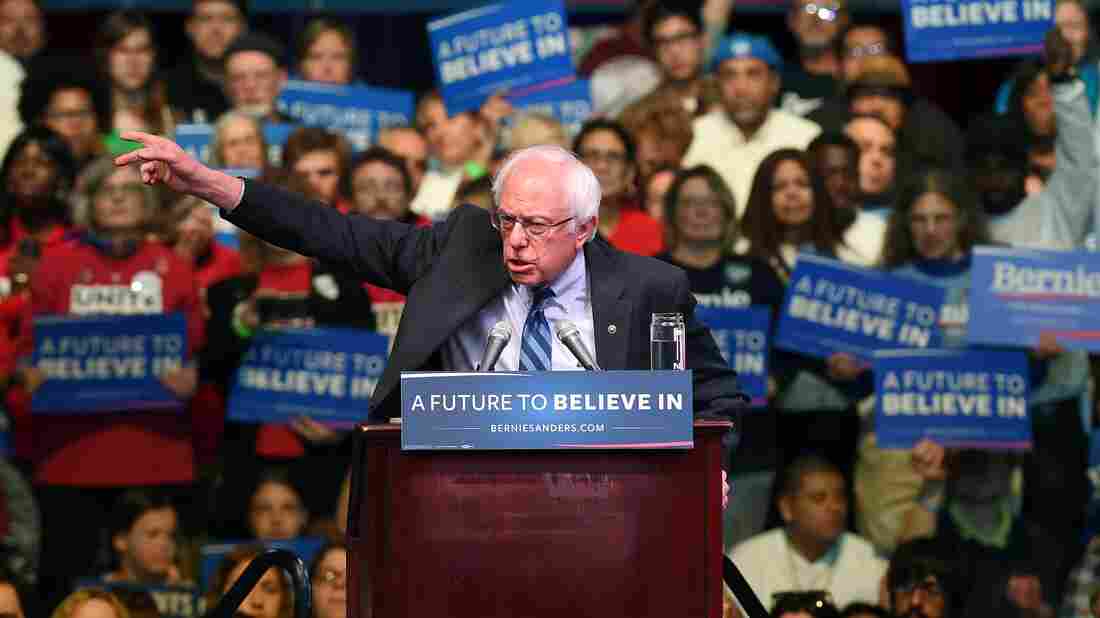 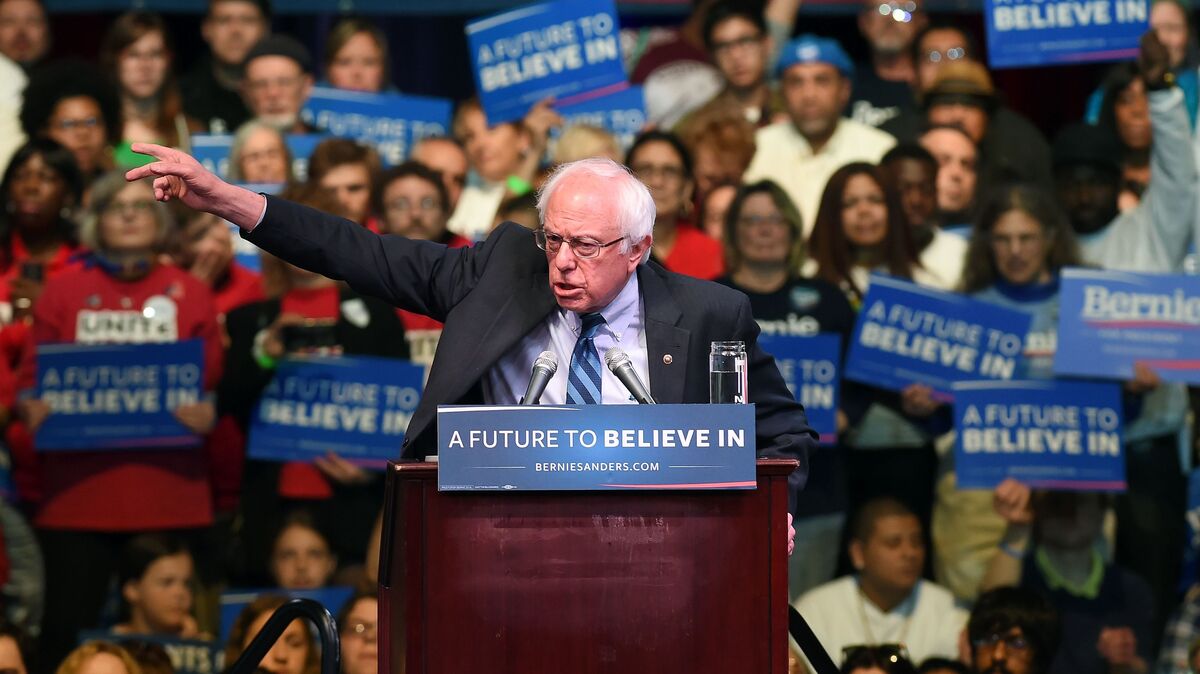 Bernie Sanders speaks during a rally in Atlantic City, N.J., on Monday.

Bernie Sanders has some of the most ambitious and sweeping policy proposals of all the presidential candidates. His campaign has centered on a promise of "revolution."

But revolution would be really expensive, according to a new report. The Tax Policy Center estimated on Monday that Sanders' taxation-and-spending plans — including outlays for programs like Medicare for all and free college tuition — would together add $18 trillion to the national debt over a decade. In addition, the center's Howard Gleckman wrote, it would add $3 trillion in interest costs.

He called it an "unprecedented increase in government borrowing."

The center had already estimated that Sanders' tax plan alone would add $15.3 trillion in revenue over 10 years. What happens to that big bump in revenue? The main expense: Sanders' health care plan. The Health Policy Center (like TPC, a project of the Urban Institute, a D.C. think tank) estimated that Sanders' health proposal would cost the government an additional $32 trillion to what it pays now.

That's well more than twice as much as the Sanders campaign says the health plan would cost. The campaign put it at $13.8 trillion over a decade.

Bigger benefits for the 95 percent; big tax hikes on wealthiest

According to TPC, Sanders' plans would increase taxes across the board, but they would provide bigger benefits than tax hikes for many Americans as well, particularly the lowest-income.

People in the bottom 20 percent of income would pay an average of $209 more in taxes, for example, but receive nearly $10,300 in benefits, on average. Benefits would outweigh the tax costs for the bottom 95 percent in TPC's breakdown.

The highest-income people, meanwhile, would pay in a lot more than they'd receive. On average, people in the top 5 percent would pay $130,275 more in taxes and receive $19,281 more in benefits.

Hillary Clinton had attacked Sanders earlier in the campaign for calling for a "tax hike on middle-class families." However, the Sanders campaign countered that the plan would ultimately save people money, giving them "better care at less cost," as Politico reported in November.

Sanders' plan might benefit lots of people on the individual level, but according to TPC, the additional spending could cause broader macroeconomic problems.

According to Roberton Williams, a fellow at the center, the effects of this level of government spending would "undoubtedly be pretty severely negative," as it could crowd out private investment, raise interest rates and slow down economic growth.

In a statement, the Sanders campaign said TPC "wildly overestimates the cost of Senator Sanders' health care plan," saying that the center "underestimates the savings in administration, paperwork, and prescription drug prices" that the U.S. might realize under Sanders' plan.

The center's estimate isn't really comparable with its other analyses of candidate plans, because this one includes both Sanders' taxation and spending plans. TPC has analyzed most other major candidates' tax plans, for example, but not the accompanying spending (or spending-cut) plans.

For example, the center measured that Donald Trump's tax plan would cost the government $9.5 trillion in revenues over 10 years. However, they did not know exactly how Trump would cut spending to try to offset those revenues. (When Fox's Chris Wallace pressed him on this in one debate, Trump didn't have a full explanation.)

Likewise, the center estimated that Clinton's plans would bring in $1.1 trillion over 10 years. But, according to TPC fellow Williams, because the Clinton camp hasn't released all of its tax proposals in one go, it's hard to compare her plans to Sanders'. For example, when the center estimated Clinton's tax plan in March, it noted that a middle- and low-income tax cut was still coming.