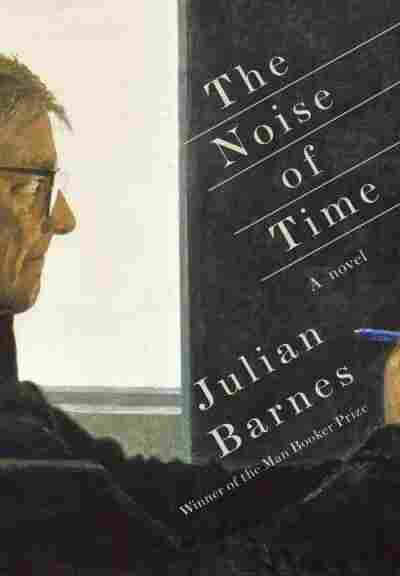 The Noise of Time

What role should art play in society, and who's to say? These are just two of the questions Julian Barnes ponders in his slim but by no means slight new novel, which chronicles the tribulations of Russian composer Dmitri Shostakovich during his decades under the successive thumbs of Stalin and Khrushchev. Like his Booker Prize-winning The Sense of An Ending (2011), The Noise of Time is another brilliant thought-provoker which explores the costs of compromise and how much confrontation and concession a man and his conscience can endure.

Barnes, who has been called the "chameleon of British letters" for the extraordinary versatility of his output, channels the thoughts of a neurotic, dismayed Shostakovich through an interior third person point of view. His narrative, as elegantly structured as a concerto in three movements bookended by a resonant overture and coda, captures the strain of an innately Russian pessimist forced to toe the Soviet optimistic line in both his music and in public pronouncements he was compelled to sign as his own. The novel's largely sympathetic portrait undercuts criticism of the composer's capitulations to power by showing a man whose self-deprecations were harsher than those of his detractors. But in his defense, he also reminds naïve westerners of "the one simple fact about the Soviet Union: that it was impossible to tell the truth here and live."

Shostakovich's meditations highlight the ridiculous idiocy of tyrants and their minions who've perpetrated "a vast catalogue of little farces adding up to an immense tragedy." After his opera Lady Macbeth of Mtsensk was denounced in 1936 on the front page of Pravda as "Muddle Instead of Music" and he was declared an "enemy of the people" — a virtual death sentence during the Great Terror — the composer waited fully dressed, bag packed, by his building's elevator every night so that if he was hauled off by the NKVD his wife and infant daughter wouldn't be disturbed. It's a scene saturated in both dread and absurdity.

'The Noise of Time' is another brilliant thought-provoker which explores the costs of compromise and how much confrontation and concession a man and his conscience can endure.

When "truth-speaking" is impossible, the beleaguered composer notes, "irony becomes a defense of the self and the soul; it lets you breathe on a day-to-day basis." Barnes, no stranger to irony's rich capabilities, sings its praises repeatedly, like a musical refrain. "In Jewish folk music, despair is disguised as the dance. And so, truth's disguise was irony. Because the tyrant's ear is rarely tuned to it," he writes. Shostakovich wielded "screeching irony" in order to write the music he wanted between the bad movie scores he was compelled to produce. The final movements of his Fifth and Seventh symphonies were meant as a "mockery of triumph;" fortunately, those in power "heard only triumph itself."

But irony has its limits. Forced to join the Communist Party and publicly denounce artists he admired, including Stravinsky and Solzhenitsyn, "You woke up one morning and no longer knew if your tongue was in your cheek." Barnes comments memorably, "If you turned your back on irony, it curdled into sarcasm. And what good was it then? Sarcasm was irony which had lost its soul."

Like The Sense of an Ending, this book is filled with many such penetrating, quotable lines. As Shostakovich strains against the edict to be heartwarming and "instantly comprehensible and pleasing to the masses," he wonders, "What was the artist's business with, if not the human soul? Unless the artist wanted to be merely decorative, or merely a lapdog of the rich and powerful."

Later, required to test his students on Marxist-Leninist ideology, Shostakovich reacts to Lenin's maxim — "Art belongs to the people" — emblazoned on a banner at the Conservatoire. He rails: "Art belongs to everybody and nobody. Art belongs to all time and no time. Art belongs to those who create it and those who savour it." And then he crescendoes, ending on a high note that merits its own banner: "Art is the whisper of history, heard above the noise of time."

Music was what Shostakovich "put up against the noise of time." Barnes' stirring novel about what is lost when tyrants try to control artistic expression leaves us wondering what, besides more operas, this tormented, compromised musical prodigy might have composed had he been free.