Accessibility links
When Storytime Blows Kids' Minds: The Power Of The Plot Twist One of the profound pleasures of reading to children, says Barrie Hardymon, is the thrill of sharing a story's secrets for the first time.

When Storytime Blows Kids' Minds: The Power Of The Plot Twist

When Storytime Blows Kids' Minds: The Power Of The Plot Twist 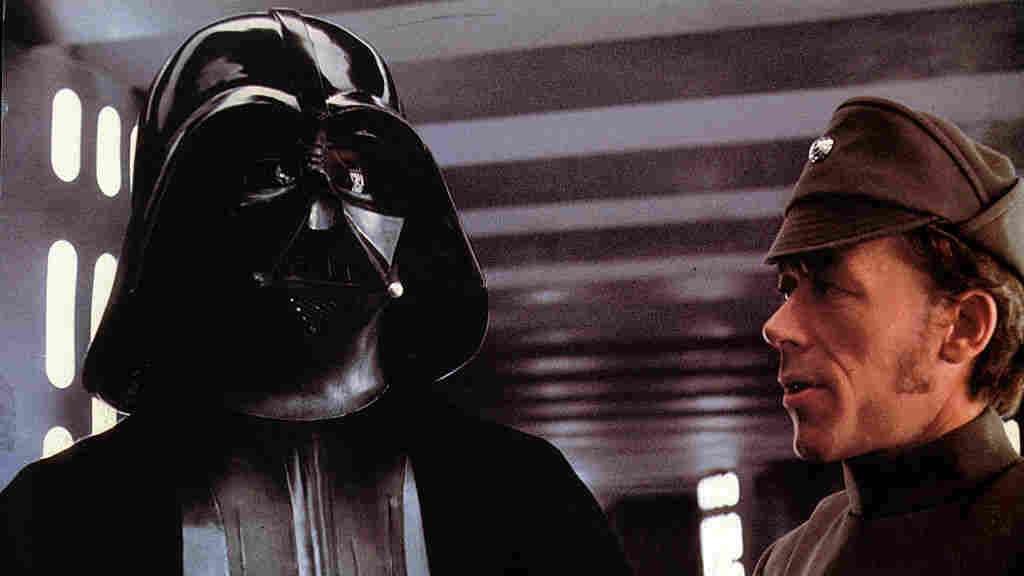 David Prowse as Darth Vader in Star Wars. As you probably know, but many 5-year-olds don't. Getty Images hide caption 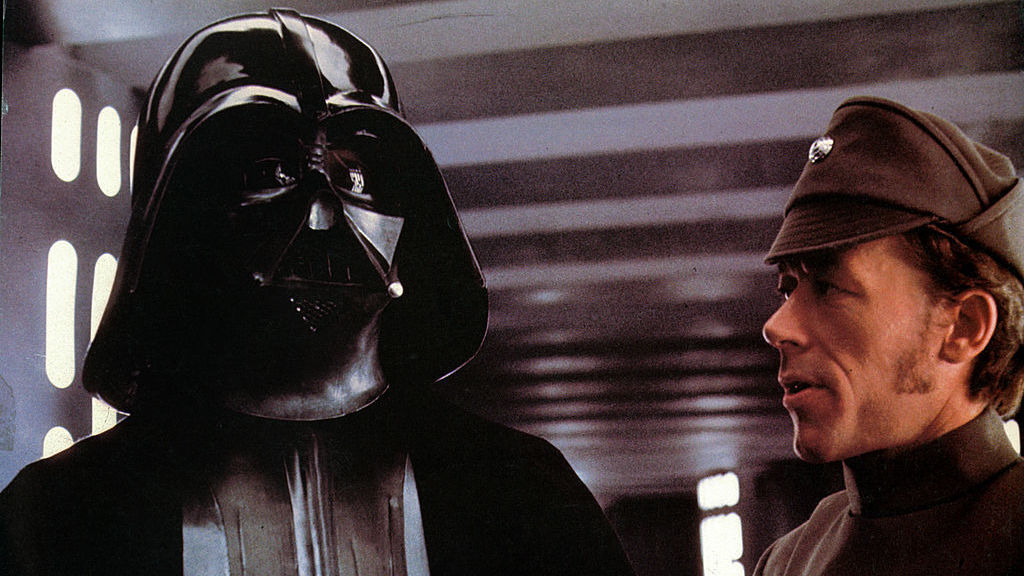 David Prowse as Darth Vader in Star Wars. As you probably know, but many 5-year-olds don't.

[A note: In addition to talking about surprises in the Star Wars original trilogy, this piece also talks about some things that happen in the Harry Potter books, the Little House books, Jane Eyre, Bridge to Terabithia, and Great Expectations. It contains multitudes.]

I read to my kids for all sorts of reasons, but to be very honest with you, it's less about the benefits preached in various judgy mom blogs, and more because it's an activity I can do with them while horizontal under blankets.

And I like the sound of my own voice. Hey, I work in radio. Sometimes I do a version of snob narration, a vaguely Connecticut clinch meets Downton inflection, like I Am Bear is merely an efficient version of David Copperfield. Sometimes I read like a crazed kindergarten teacher, drawing out the syllables of longer words, and riding a singsong rhythm that speeds up toward the end, in order, of course, to get to the pleasure of my own adult reading. (Or an episode of The Americans.) And: I'm not proud of it, but there are nights when I find myself reading in an automatic monotone as my mind strays to whether or not I've left my phone in the baby's room, or what on Earth is causing the chemical smell in the kitchen. But there's still a kind of comfort in the vibration of your voice as an accompaniment to domestic anxiety.

Not long ago, I got into position, curled against the pillows with my oldest son, a Star Wars obsessive. He's 5. We're reading the novelized version of the early movies — movies he's never seen. He's still recovering from Finding Nemo, and I don't want to pollute his young mind with the image of the charred corpses of Uncle Owen and Aunt Beru. (I'm already on the fence about the book's illustration of Leia in the gold two-piece.)

The books are an overwrought scaffolding — they read like a movie treatment. Battle scenes are confusing and badly blocked. There are flashes of personality. Darth Vader "rasps." Leia "snaps." They cover major plot points, and there's a sense of Han Solo's dashing charm, Luke's naivete, and Chewie's bravery. It's not Tolstoy. But it's not Goodnight, Moon either.

And there we were, at the denouement of The Empire Strikes Back. Vader and Luke, locked in a lightsaber battle on the catwalk in Cloud City. Suddenly, the red lightsaber clean chopped off Luke's hand. Hank and I both gasped. Hank's fingers rested lightly on my arm. His mouth breathing got louder (it's allergy season). I mentally calculated whether or not to backtrack and say, "Oh, I meant standoff, not hand off. Time for bed!" It was too late. I kept reading.

"Obi-Wan never told you what happened to your father ... "

"He told me you killed him," Luke snapped at his sworn enemy. "No," Darth Vader said. "I am your father."

"I, am your father!" I stopped, and drew my breath, elated. I had said the words. I was overcome, like the Sith Lord, by what I could do. I, his mother, was the first one to expose what may be the greatest plot twist since Mr. Rochester's wife turned up screaming in the attic. I was drunk with power, and my entire history as a sentient consumer of story flew through my head. It felt so good, I contemplated spoiling every other thing I knew. Professor Snape is a good guy! Mary's going to go blind! The bridge to Terabithia isn't well-constructed! Magwitch is the mysterious benefactor! READER, I @#$%^&%$#%ING MARRIED HIM!!

I looked at Hank. His face was slack, his cheeks quivering. He looked like a baby again. It was the very definition of shock. He looked at me in bafflement. "I have to tell Daddy," he said. "Do you think he knows?"

It was a crucial moment, and I almost failed the test, because I wanted to continue to be the main character in our story. I didn't want him to be distracted. I wanted to let him know that Luke will never be driven to the dark side. I wanted to keep spoiling the story, to tell him that there would be a rapprochement, that Luke would, eventually, hold his father in his arms as he became Anakin again. But Hank's eyes were glossy. He needed to see his own father, to reassure himself that of all the astonishments he would encounter, the one he would never, ever see — was his father, masked and evil.

Hank scrambled out of bed. "Daddy!" He screamed over the banister. "Dark Vader is Luke Skylocker's father!" Hank's dad came up the stairs, and I saw him struggle — should he feign ignorance? "Can you believe it?" There was a pause. My husband's eyebrows shot skyward. "No way!" He yelled. Pleasure overtook Hank's face, as he, too, wielded the power of the plot twist. He whirled around and stomped back to the bed. "Yeah," he said, before he tossed out, "Also, Obi-Wan's dead if you didn't know."

Hank climbed back into bed. We finished the chapter. There was some light discussion about where Luke's hand went, and whether he'd get it back. A little back and forth on the power of the dark side, and whether it was something that a preschooler should be aware of (answer: you have to keep your brother's body safe, even if he pees on your Legos). And we had a brutal negotiation about how many of his animals needed to say goodnight to me before I sent his dad into the room for a formal goodnight (six, including the one he'd been chewing on during the story — reader, it was wet).

I shut the door, and put the book away. I looked at the bookshelf. I felt a slight emptiness.

"Hank, I am your father!" came booming from his room, accompanied by uncontrolled giggling. I picked up Harry Potter and the Deathly Hallows, and curled up, to look ahead.