Accessibility links
In Polluted New Delhi, Triathlete Weighs Costs Of Exercising Outside In the Indian capital of New Delhi — the city with the most polluted air in the world — exercising outdoors is as good for your lungs as chain smoking. A triathlete explains why he keeps at it.

In the Indian capital of New Delhi — the city with the most polluted air in the world — exercising outdoors is as good for your lungs as chain smoking. A triathlete explains why he keeps at it. 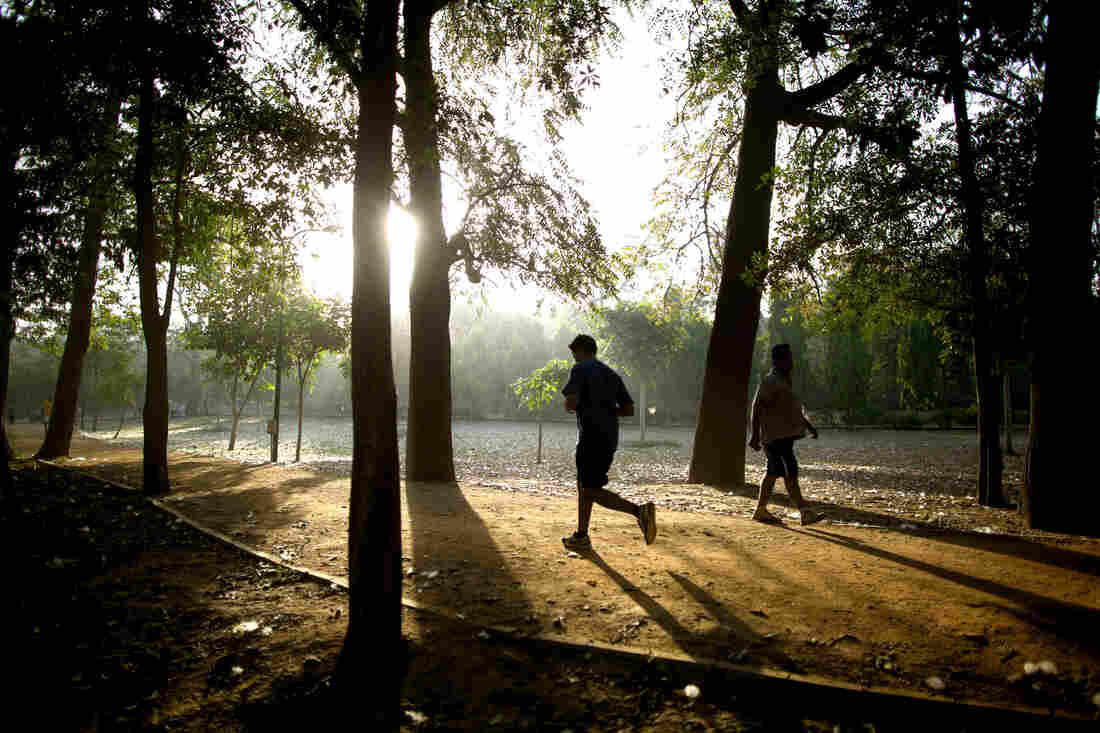 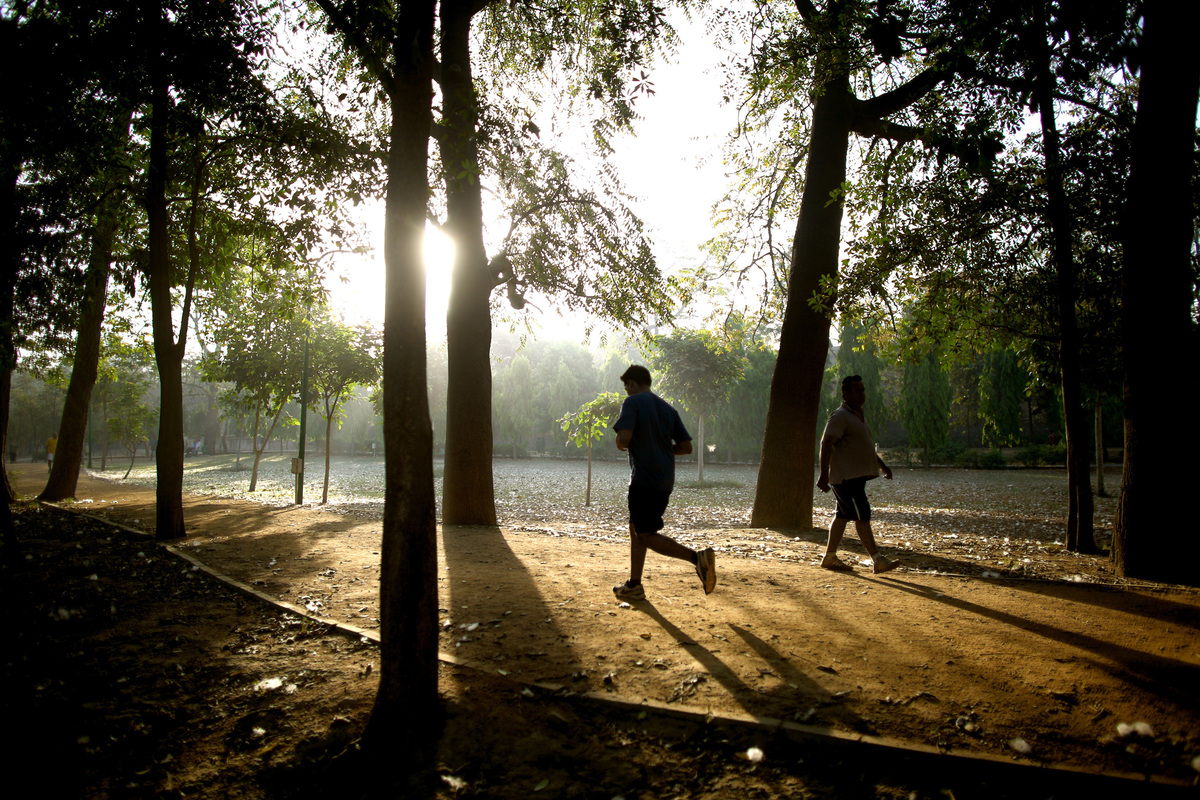 In most cities, running will make you healthier. In New Delhi, it can have the same impact on your lungs as chain smoking. India's capital has the worst air quality of any city in the world. And our colleague Ari Shapiro, the co-host of All Things Considered, recently went for an early morning run outdoors in New Delhi. And Ari's with us right now. Good morning.

MONTAGNE: And you have been in India for the last couple of weeks.

SHAPIRO: Yeah, we divided our time one week in New Delhi and one week in this rural area called the Sundarbans. You're going to hear a lot more about both of those places over the next couple weeks. But we wanted to look broadly at tensions between climate change and development.

So I went to Nehru Park in the center of Delhi with a triathlete who was training at dawn on a Sunday morning. His name is Sheeta Behel. He works at an investment firm. Let's listen.

I'm sure I don't need to tell you, Delhi has the most polluted air of any city in the world.

SHEETAL BAHL: (Unintelligible). There was a report, and one of the statistics published was that if you ran the half marathon in two hours, it was equivalent to smoking 80 to 100 cigarettes in that two hours.

SHAPIRO: You are still running.

BAHL: (Coughing) We are.

SHAPIRO: And coughing I hear.

BAHL: And coughing, as you can see on the way.

SHAPIRO: Isn't that, do you think, because of the pollution?

BAHL: Yeah, you know, so the pollution is definitely a thing. And we can feel we slow down. We've been all a little ill one time or the other. You can see that much more with our kids. So my kid, for example, about a third of his class has to use nebulizers through half the winters. So it's pretty bad for kids at least.

SHAPIRO: That must be really upsetting for you as a parent.

SHAPIRO: It's one thing to make a decision as an adult for yourself. But...

BAHL: Yeah, it is. You know, we've - for the first time in our lives this winter, we actively considered moving out of the city. And my wife and I have lived in Delhi all our lives.

SHAPIRO: Just because of the pollution?

BAHL: Just because of the pollution, yeah.

SHAPIRO: A lot of people train for a triathlon in order to make themselves healthier. But it seems that in Delhi...

SHAPIRO: Do you think you're making the right choice?

BAHL: I'm not sure at all. To be honest, it sounds completely asinine, the choice we're making.

SHAPIRO: Although, you know, people who work on climate change will say a lot of collective individual actions will lead to massive change on a societal scale.

BAHL: I think - you know, I don't think that happens in India. We are still a developing country, and we are largely fighting for survival necessities. Climate change are luxuries for people who already have a comfortable life. Twenty kilometers out of Delhi, and go to the villages, and go and talk to them. They might not even know what climate change is because they are still fighting for survival.

MONTAGNE: God, Ari, I'm out of breath just listening to the two of you this last couple of minutes. Now, that was Sheeta Behel running with you in New Delhi.

SHAPIRO: Yeah, and you heard him say India is still a developing country. And that's really at the crux of all this. India is the third-largest carbon emitter in the world behind the U.S. and China. But it is just getting started. Per person, Indians use so much less energy than Americans or Chinese people. I mean, three-quarters of people in India live on 2 dollars a day or less. So you imagine, what if all of those people had electricity at night, a refrigerator, a car?

What happens next in India could have a huge impact on the world, and has the potential to really write a new story on how developing countries enter the 21st century, whether it's clean or dirty and whether the world can really alter the course on climate change or not.

MONTAGNE: Ari Shapiro, host of All Things Considered. Thank you very much.