Accessibility links
Could Conservatives Run A Third-Party Alternative Candidate To Donald Trump? Some Republicans who won't support Donald Trump as the party's presidential nominee are calling for a conservative third-party candidate. Getting one on the ballot, though, is a complicated process. 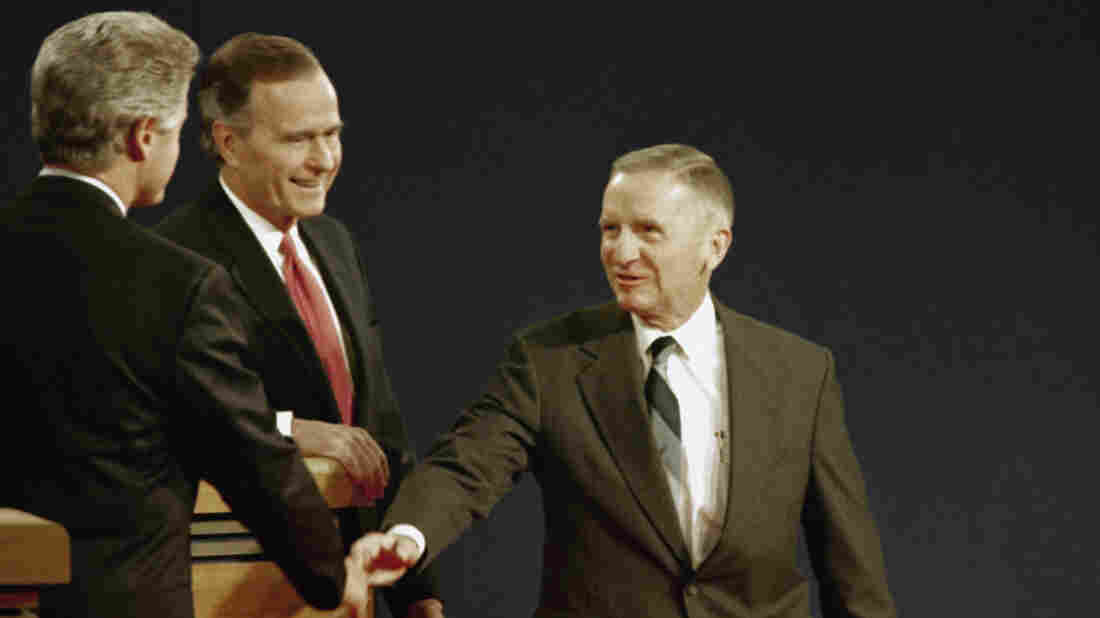 Time is running out for a conservative to launch a national third-party presidential campaign, as Ross Perot did in 1992. Doug Mills/AP hide caption 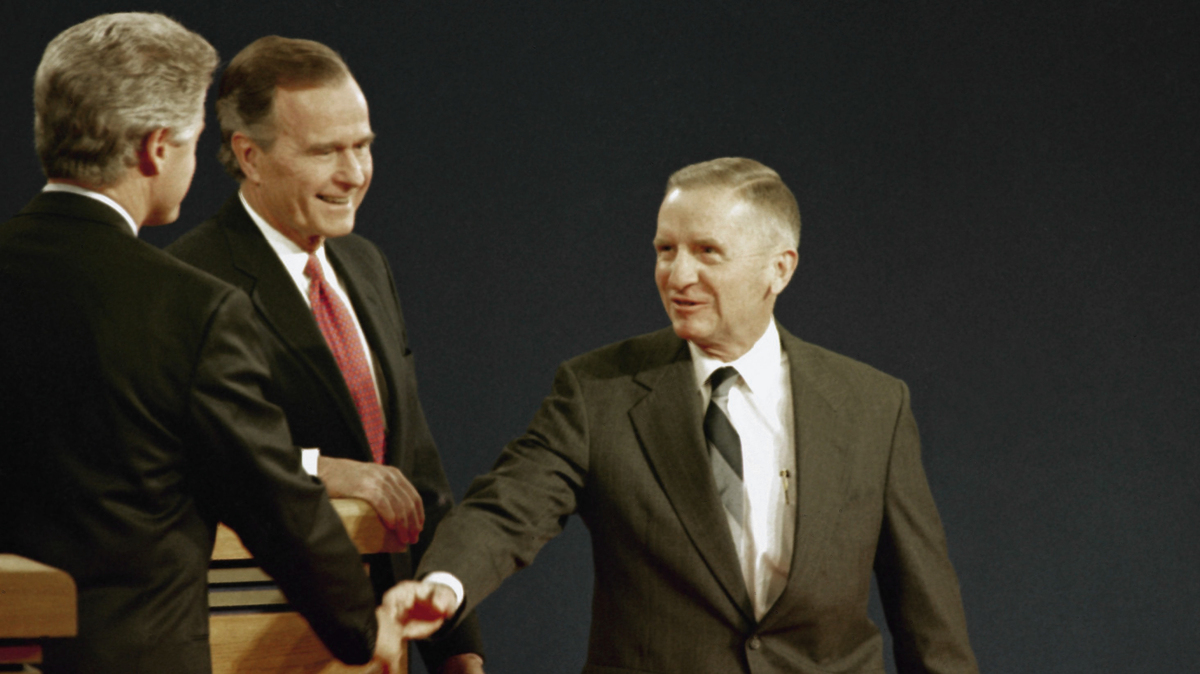 Time is running out for a conservative to launch a national third-party presidential campaign, as Ross Perot did in 1992.

For hard-line conservatives, the past few months have been a time to embrace long odds.

At first, their hope was that Ted Cruz could claw just enough electoral votes away from Donald Trump to force a contested Republican national convention.

Now that Trump is the de facto nominee, the latest against-all-odds plan is for some conservative, somewhere, to launch a third-party presidential bid and challenge Trump from the right.

Both conservative commentator Erick Erickson and Nebraska Senator Ben Sasse recently told NPR they're hoping for a conservative candidate to step into the fray.

For some, this talk of a third party challenger is annoying.

"I actually burn up the comment section of those articles," said Michael Arno. "I say it's a ludicrous thought."

He knows from experience — Arno's company, Arno Petition Consultants, gathers signatures to get candidates and initiatives on statewide ballots across the country.

Earlier this year, Arno worked for former New York City Mayor Michael Bloomberg, as the billionaire weighed a third-party presidential bid. "We started going through all of the rules and setting up and budgeting, and doing those things you've got to do," Arno said. "And we felt we were late in doing-so. We did that in January."

Nearly every state has a different set of rules for getting onto the ballot as an independent presidential candidate, but most require registration fees, voter signatures, or both.

Bloomberg decided early March was his drop-dead date for determining whether or not to run, because after that, the first wave of state deadlines was just too close.

In fact, the deadline for Texas, the state with the second-largest number of Electoral College votes at stake, was Monday.

North Carolina's deadline looms, too; it's less than a month away. And Arno said that Florida law includes so many hurdles – candidates need to name their possible electoral college representatives, among other things – that despite a mid-July signature deadline, it's probably out of reach for an upstart campaign, too.

"If you can't win Florida and you can't win Texas," he said, "your chances of winning the presidency [as a conservative] are essentially nothing."

Not everyone's as pessimistic as Arno.

Another potential option is to piggyback onto another party's spot on the ballot.

"One-third of the states – 17 states – have ballot-qualified third parties on the ballot right now, so they don't need to petition, that are just organized in that one state," said Richard Winger, author of the newsletter and web site Ballot Access News. At 72, Winger has been following minor parties' fights to get on the ballot for half a century.

Convincing another party to let this hypothetical conservative Trump challenger onto its ballot line wouldn't help in Texas. The Libertarian Party and the Green Party are the only two minor parties on the ballot right now. The liberal Greens likely aren't interested in a conservative ticket, and former New Mexico Governor Gary Johnson is viewed as well-positioned to lock up the Libertarian Party's nomination later this month.

Still, Winger insisted there's hope – a conservative presidential hopeful could always sue his or her way onto the ballot. He pointed out that in 1980, "John Anderson declared as an independent on April 24. And he'd already missed the deadline in 5 states. So he sued all those 5 states, and he won all those cases in July and August."

"It just seems to me obvious that if Texas were sued, they'd lose," Winger predicted, due to the state's early ballot deadline and tough petitioning rules.

No matter what, a last-ditch third-party effort would cost millions — $10 million or more just to get on the ballot, according to Arno. That money would be difficult to raise in a short span of time while adhering to federal campaign finance restrictions.

In fact, Arno said the man best-positioned to mount a successful third-party White House bid was the person who took himself out of the running in March: Bloomberg. "He had name recognition. He was a fairly well-known political figure. He had the ability to self-fund," Arno said. "He had run through this game in 2008, as well, so he already had some idea what was needed to do it."

But Bloomberg knew he couldn't win. "I believe I could win a number of diverse states – but not enough to win the 270 Electoral College votes necessary to win the presidency," Bloomberg said when he declined to launch a third-party bid earlier this year.

The most successful third-party challenger in recent decades was Ross Perot, who won nearly 19 percent of the vote in 1992. Still, Perot earned zero votes where it counts — in the Electoral College.

Here's what Perot, speaking to his supporters, told CNN's Larry King at the beginning of his campaign: "if you're that serious – you, the people, are that serious – you register me in all 50 states. And if you're not willing to organize and do that, then this is all just talk."

For now, just talk is where things stand right now in terms of a hypothetical conservative challenger to Trump and Hillary Clinton and time is running out for third-party advocates to find a candidate.

A correction posted to this story on May 10 stated that Jill Stein was the Green Party's presidential nominee. In fact, the party will select its nominee at a convention later this year.