Accessibility links
Review: Andy Shauf, 'The Party' On his new album, the Canadian singer-songwriter crafts a batch of connected vignettes, offering up tiny observations from a single night. 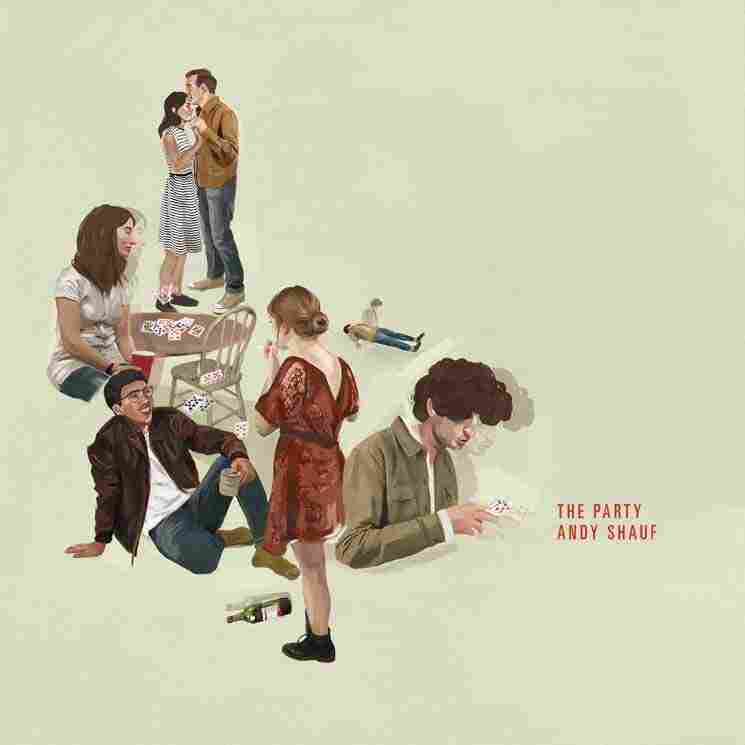 Andy Shauf, The Party Courtesy of the artist hide caption

Most of us have been to the kind of crowded house parties where you hang back and people-watch in relative anonymity. If you were to document it all from afar, who might you see? What might you overhear? On his new album The Party, Andy Shauf puts himself in that exact position, as he crafts a series of connected vignettes that offer up tiny observations from a single night. Throughout the record's 10 songs, Shauf sings with a wallflower's remove and knowing specificity.

The recurring characters the Saskatchewan songwriter and multi-instrumentalist renders are rough but familiar approximations of people he knows: There's a dude who awkwardly shows up before anyone else ("Early To The Party"), a person who admits buried truths that blur the line between friendship and attraction ("To You"), a woman who dances by herself without fear ("Eyes Of Them All"), and a guy who collapses and dies after swearing off smoking. "Alexander wondered why no life flashed before his eyes... why he found no peace of mind," Shauf sings grimly in "Alexander All Alone," amid a steady tick-tock plinking of piano.

Considering the songs' rotating first-person viewpoints, Shauf also employs these archetypes as stand-ins to consider his personal faults — and even portray the loneliness and claustrophobia that can come with living in a small town. In "The Worst In You," Shauf embodies someone who wrongly assumes that his significant other is cheating when he can't find her at the party. "Why do I always find the worst in you?" he wonders. "Do you always find the worst in me?"

At the spine of the album is "Quite Like You," in which Shauf narrates a half-drunken encounter with his best friend's girlfriend, who's upset after another breakup ("I wonder what the hell he did this time?"). Instead of winning her over, he tipsily oversteps and self-servingly throws his friend under the bus. "You know I've never really met someone like you," he sings clumsily, unwittingly pushing her back into the arms of his friend. In the follow-up, "Begin Again," Shauf is stuck as the same friend brags about seeing someone else on the side. "I don't give a damn about you fooling around behind Sherry's back / It's just the one that you found is one that I need." As he fumes, he imagines the power to end the conversation in post-apocalyptic fashion — "Oh, from the sky, a brilliant light will dissolve us all" — just as his voice expands into shimmering cosmic echoes.

Musically, The Party is just as robustly realized. After last year's superb bedroom-produced album The Bearer Of Bad News — for which Shauf initially drafted as many as 100 songs — The Party's narrative framework lends focus and restraint to his prolific writing. Shauf melds chipper British pop and breezy folk for a sound built from lush pianos, mellow acoustic guitars and jazzy rhythms. The result recalls classic pop songwriters in the vein of Harry Nilsson or Randy Newman, coupled with the plainspoken timbre of a Paul Simon, albeit with a laconic Canadian drawl. Shauf also possesses a keen, emotive ear for complex arrangements and lavish orchestrations. First working in Germany, and later at a studio in the old CBC building in Regina, Shauf performs every instrument on the album except the strings, which were played by Colin Nealis. Songs like "The Magician" and "Early To The Party" are enhanced by ornate symphonic interludes that weave in between verses.

As The Party winds down, "Martha Sways" depicts its narrator at the end of a long night, as he dances with a girl who reminds him of his ex. The bittersweet song aches for lost love and missed opportunities. Yet as he sings — "Martha spins and I catch her hand / She smiles and laughs, bringing me back" — Shauf gets out of his head for a moment, and hints at a new beginning full of possibility.