Accessibility links
Jane Austen's 'Love & Friendship' Comes To Screen, And It's An Absolute Treat An impoverished widow has designs on a married lord — and a plans for her own teenage daughter — in Whit Stillman's adaptation of the Austen novella, Lady Susan. Critic David Edelstein has a review. 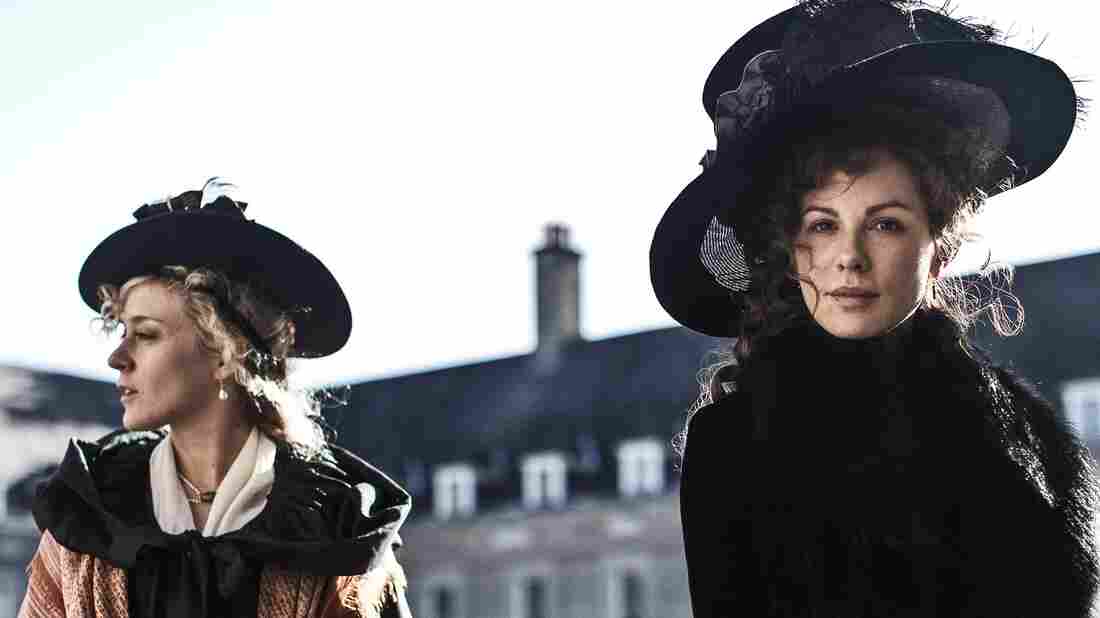 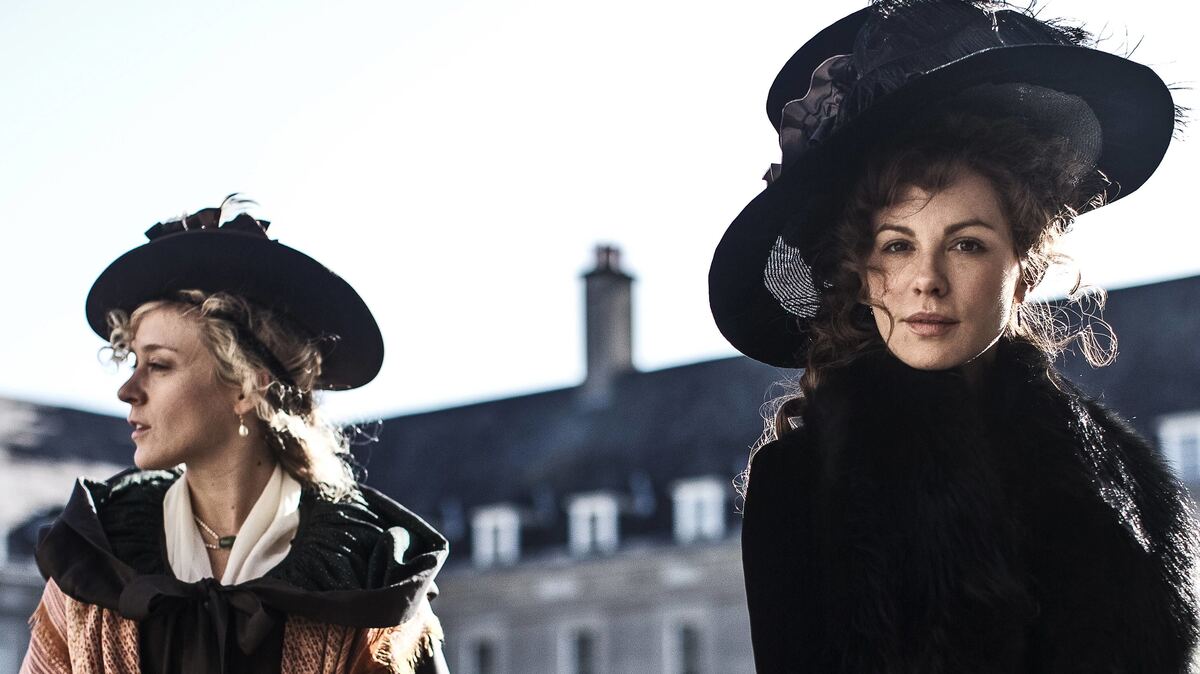 That's not quite as heretical as it sounds. Austen wrote the book early in her career, before Pride and Prejudice. It wasn't published in her lifetime. The title isn't even hers — it didn't have one.

It's an epistolary work, told via letters, and, as such, missing Austen's all-important voice as narrator. Her protagonist, Lady Susan Vernon, is an impoverished widow with designs on a married lord and a malign indifference to her own teenage daughter. She seems a pale copy of the villainess of another epistolary novel that was widely-read at the time, Les Liaisons Dangereuse.

Early in Love & Friendship you realize that Stillman doesn't hate Lady Susan nearly as much as Austen seems to. The woman's will must be thwarted, of course, for the sake of her spirited daughter. But as played by Kate Beckinsale, she cuts an impressive figure. She's attractive, she's indefatigable, and she's poetically eloquent in justifying her immorality.

We meet her after she has left the estate of one Lord Manwaring after enchanting the host and driving the hostess, Lady Manwaring, to despair. The next place she decides to stay — that's how she lives, you see, off wealthy friends and relations — is the mansion of her late husband's brother. She charms him, but unnerves his wife, Lady Catherine DeCourcy Vernon, an unusually empathetic woman played by the delightful Emma Greenwell.

Just as alarming to Lady Catherine is the behavior of her younger brother, Reginald DeCourcy, played by Xavier Samuel with a bit of Hugh Grant's adorable lockjaw. Reginald claims to want to study Lady Susan's wiles from an anthropological perspective, but he seems more and more seduced by them.

You might be thinking, "That's a lot of names to keep track of" — and I've cited only a few. Stillman helps by presenting the characters one or two at a time, with accompanying title cards and descriptions. It's still hard to keep the relationships straight, but the device bespeaks an affection for the milieu that makes you want to use words like "bespeaks." Love & Friendship has both formal elegance and theatrical glee, so what might have seemed stuffy and posed now sings with undercurrents.

The catalyst is Lady Susan's teenage daughter, Frederica, who has run away from her expensive boarding school — and who's trailed to the Vernon estate by a boobish suitor named Sir James Martin. Sir James is pomp-and-gloriously played by Tom Bennett, who reminded me of Peter Cook as one of his impervious-to-reality titled Englishmen. But Lady Susan insists that Frederica acquiesce to this idiot's affections.

Beckinsale's attack is driving and precise, her diction so sharp it can draw blood. And Stillman has given her amazing lines, some — but not all — culled from the novella's letters. They come at you so fast that the movie's texture is positively Oscar Wildean — or perhaps I say that the movie reminds you how much Wilde owed to Austen.

In one scene, Lady Susan declares of her daughter's private school, "The fees are too high to even think of paying, so, in a sense, it's an economy." Later, she dubs America "a nation of ingrates," adding, "Only having children makes you understand such behavior."

Lady Susan's poor daughter — played by the winsome Morfydd Clark — wouldn't stand a chance without a benign intervention that builds the film to a near-farcical pitch.

The cast has one weak link: Chloë Sevigny, who's forced to speak too quickly as Lady Susan's American confidante. The performance, though, makes you realize why Sevigny is so wonderful in other roles: Her dreamy rhythms are uniquely her own. And I don't care for Stillman's dullish title, Love & Friendship. I even prefer the ones suggested with tongue-in-cheek by author Leo Rockas, who adapted Lady Susan into a novel: Flirtation and Forbearance or Coquetry and Caution. But by any title, the movie is an absolute treat.