Accessibility links
The Bison's Back, But What For? The National Bison Legacy Act establishes the bison as the national mammal. NPR's Scott Simon muses on the bison's legacy and current significance. 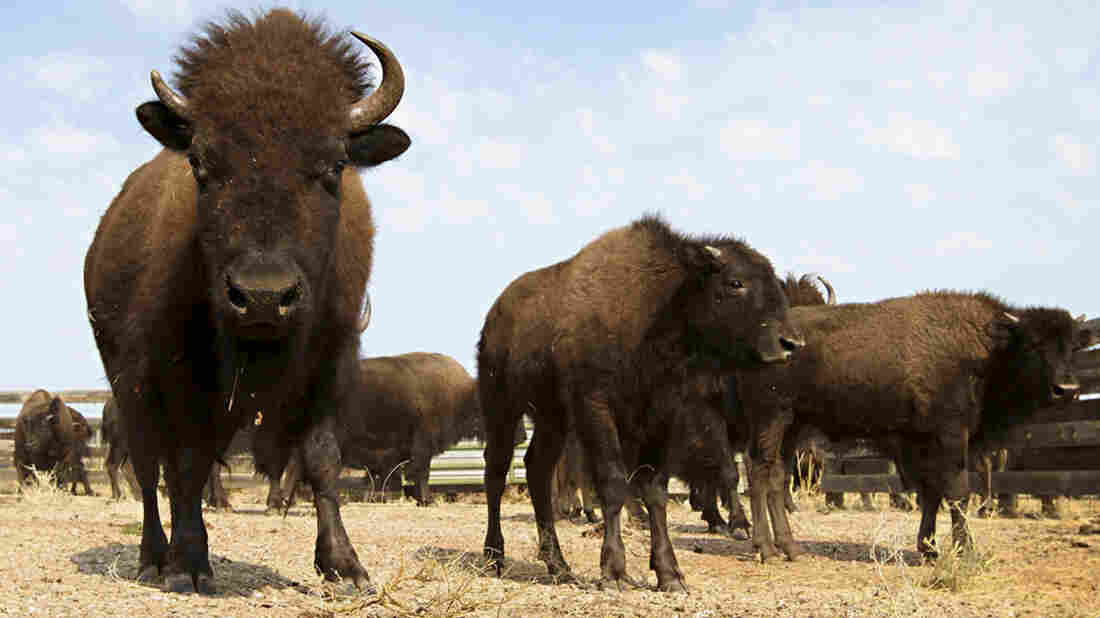 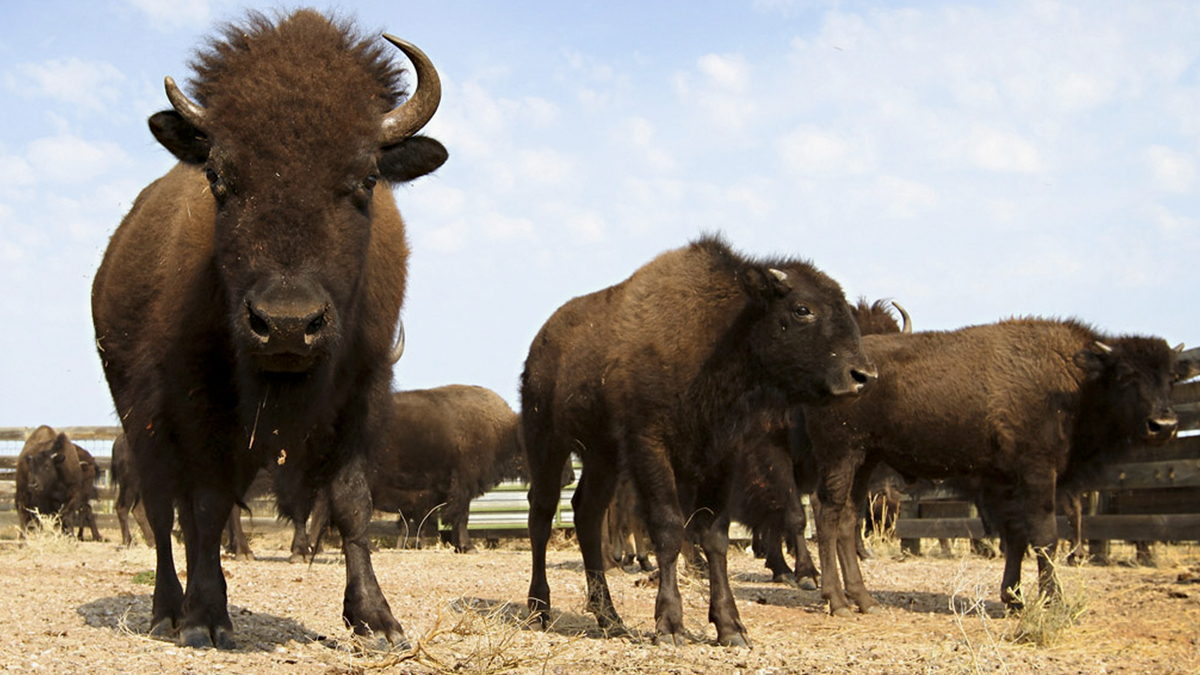 Bison graze in a state park in South Dakota.

The United States of America got a national mammal this week. And it's not us human beings.

President Obama signed the National Bison Legacy Act, which establishes the bison as the national mammal. This does not overthrow the bald eagle, who remains national symbol. But it does seem to put two animals on the same marquee.

Tens of millions of bison once thundered across North America, from the thick forests of Alaska to the tan prairies of Mexico. But by the late 1800s, just hundreds of North American bison were left alive.

Bison — which settlers called buffalo, which is not scientifically correct, but the name stuck — are huge. They travel in herds. And so they were obvious targets for settlers, game hunters, and Native American tribes, who hunted them for food, fuel, and skins, which became a kind of currency in trade.

Then settlers settled into the prairies and grasslands where bison had grazed, roamed, and survived for so many centuries.

Human beings struggled, but ultimately flourished. But they nearly made the bison extinct.

Thanks to decades of efforts, there are more than 300,000 bison in North America today.

Groups that had pressed for the Legacy Act, including the National Bison Association and the Wildlife Conservation Society, hope that designating the bison as America's national animal will help them flourish.

But Christopher Ketchum posted a piece for Outside Magazine that calls congratulations for the bison's exalted new designation, "greenwashing."

He says the vast majority of bison in the country today are privately owned, and bred with cattle to be slaughtered for meat. Bison meat, of course, has become a new foodie enthusiasm: low-fat protein at premium prices.

"(A)lmost all of these exist within fenced areas that prevent them from doing what bison do best, which is roam," writes Christopher Ketchum. "Buffalo ranching is unquestionably doing well ... But that's hardly a conservation success story."

He believes that it "simply puts a happy face on the tragedy unfolding for America's national mammal."

The bison's new status as our national mammal might cause us to consider a few questions. How many bison would be alive today if thousands had not been kept on ranches, even if just destined for a dinner plate?

But do we want to keep bison around to actually be bison, or mostly symbols of a past majesty?