Accessibility links
Book Review: 'The Mirror Thief' By Martin Seay Martin Seay's debut novel tells three separate but connected stories, all revolving around an alchemist in 16th-century Venice who conspires to smuggle two legendary mirror-makers out of the city. 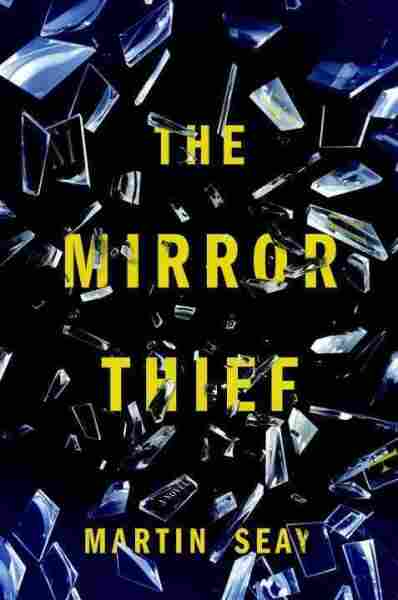 If you're reading this section of the site, there's a better than good chance that at one time, you've read a book that changed your life. For literature lovers, that's not hyperbole — occasionally, books have a way of finding you when you most need them; they really can alter the way you look at things, the course of your life. It can feel a lot like magic.

It's a safe bet that Martin Seay, author of the transfixing debut novel The Mirror Thief, feels the same way. His characters certainly do. As one character observes, "It is difficult, but probably necessary, to remember that books always know more than their authors do. They are always wiser. This is strange to say, but it's true. Once they are in the world, they develop their own peculiar ideas."

The Mirror Thief is also the title of the book that forms the center of Seay's novel. It's a collection of poetry by Adrian Welles, a fictional writer living in southern California at the height of the Beat Generation era. The book tells the story of a man named Crivano, a 16th-century Venice alchemist who conspires to smuggle two legendary mirror makers out of the then-republic.

The book is comprised of three separate but connected stories. There's the story of Crivano, the doctor and spy on whom Welles' book is based. Another story, set in 1958, follows a teenage con man named Stanley Glass, who becomes obsessed with the book, and travels to Los Angeles with his boyfriend Claudio, a Mexican immigrant, to track down the mysterious author.

The third story, set in 2003, deals with Curtis Stone, a Marine veteran who was nearly blinded in a car accident overseas. He's hired by an acquaintance who works for a casino to run a skip trace on Stanley Glass, who has grown up to become a successful gambler. Curtis has his doubts about the mission — he doesn't quite trust his unhinged would-be boss — but he needs the money, and reluctantly searches for Stanley in Las Vegas.

The common thread, of course, is Welles' book. Curtis happens on a copy, and is nonplussed by its contents: Curtis: "It's all supposed to be very smart and serious," he thinks, "but at the same time there's something goofy and Dungeons & Dragons about it, too."

'The Mirror Thief' is as difficult to explain as it is completely original. It's one of the most intricately plotted novels in recent years, and to call it imaginative seems like a massive understatement.

For Stanley, the book has become a de facto Bible: "There are certain moments that open onto another world, onto the world that Stanley's sure he belongs in. The book is a map that will take him there, a password that will unfasten the locks." His obsession becomes all-consuming; he's changed by the book, but not necessarily for the better.

The Mirror Thief is as difficult to explain as it is completely original. It's one of the most intricately plotted novels in recent years, and to call it imaginative seems like a massive understatement. The three stories are as different from each other as can be, and the fact that Seay weaves them together so skillfully is almost miraculous.

It's not just time and place that make the stories so different, either. Seay is a tremendous writer, and each story has its own distinctive voice. The chapters with Crivano call to mind Umberto Eco, while the ones with Stanley and Welles form a picaresque similar to Saul Bellow. The sections that follow Curtis are brutal and suspenseful; Seay's voice in these chapters has echoes of James Ellroy.

If there's a flaw in The Mirror Thief, it's that Seay occasionally becomes a little too bogged down in philosophizing, which leads to some conversations that become difficult to follow. He's clearly an intelligent man with a surfeit of great ideas; he might have tried to stuff a few too many into this novel.

On the other hand, his penchant for ideas provides some of the book's greatest moments, which he's able to pull off thanks to his pure skill at writing. Take this passage early in the book, in which Curtis enters a Las Vegas shopping mall: "Patterns proliferate, as if in terror of blankness: geometric, vegetal, endlessly elaborated. Every surface seems vented, weightless, shot through with numberless holes." It's hard to put a book down when it's filled with writing like that.

There's no doubt that Seay swings for the fences with his novel, and the scope of his ambition is endlessly impressive. The Mirror Thief is a startling, beautiful gem of a book that at times approaches a masterpiece. "I think [your book] knows that this kind of magic is really possible," Stanley tells Welles at one point. You could say the same thing about this thrilling dynamo of a novel.