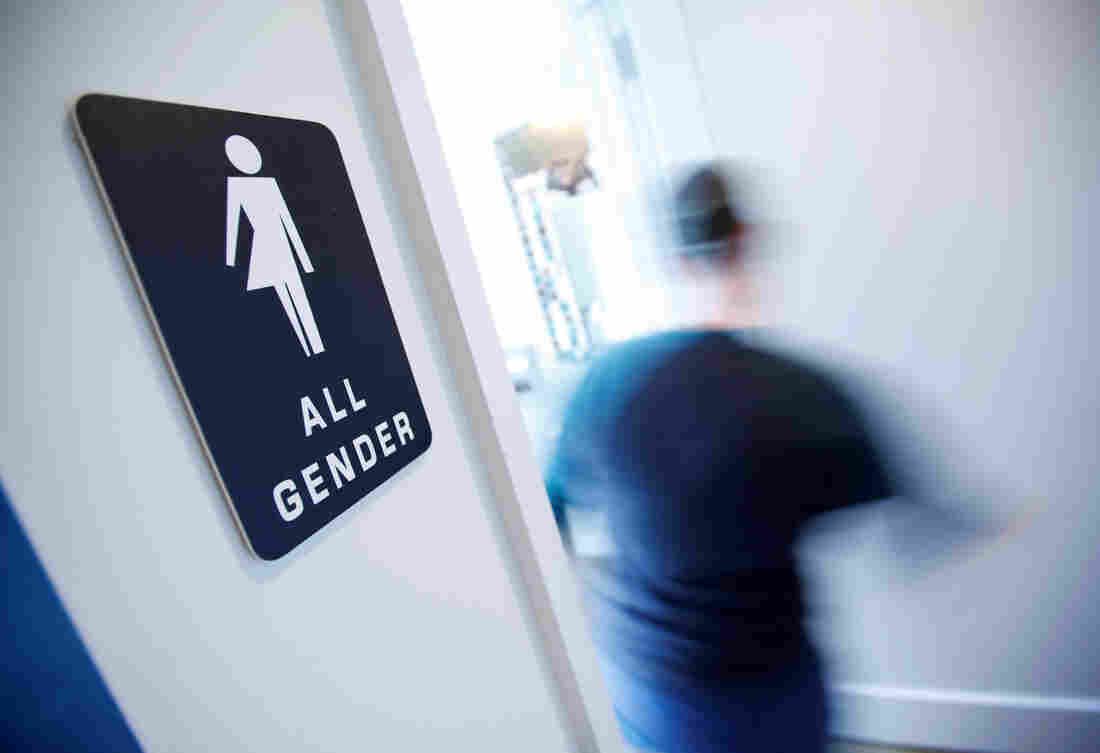 A bathroom sign welcomes both genders at the Cacao Cinnamon coffee shop in Durham, N.C., on May 3. Jonathan Drake/Reuters hide caption 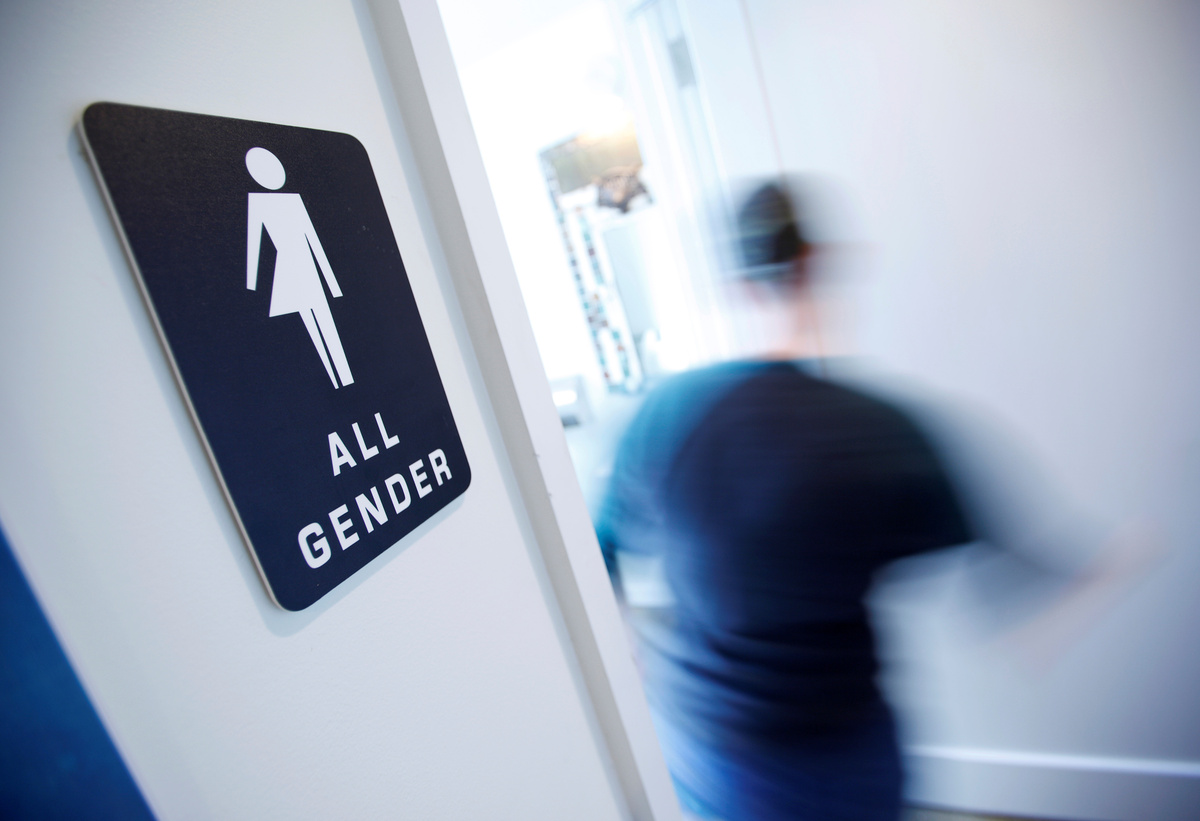 A bathroom sign welcomes both genders at the Cacao Cinnamon coffee shop in Durham, N.C., on May 3.

One issue at the center of North Carolina's so-called bathroom bill controversy is safety, but who's at risk? Depends on whom you ask.

Supporters of House Bill 2 tend to focus on people born male who later transition to female. The HB2 supporters say that without the new law, sexual predators could just say they're a transgender person with the right to use a women's bathroom and easily gain access to potential victims.

The part of the law getting the most attention requires public institutions — including schools and government offices — to ensure that public restrooms be designated "male" and "female" and used by people based on their biological sex.

Baity and others with similar beliefs offer anecdotal evidence — crime reports — to support their claims.

But those cases involve sexual predators who put on women's clothes and violated any number of previously existing laws. And conflating "transgender" with "predator" is something many find offensive.

"As a trans person ... it's hard not to take it personally when people are comparing trans people to child predators or saying that we're somehow dangerous," says Alison Gill, vice chair of the Trans United Fund.

Gill points out that not long ago, many people incorrectly thought gay men were pedophiles.

She says some people just don't understand that when it comes time for a transgender person to start using the other restroom, they'd rather do it privately, and with as little fuss as possible.

"The last thing you as a trans person would want to do is draw attention to yourself," Gill says.

So far 17 states and many more communities across the United States include transgender people among protected classes for public accommodations.

How Schools Around The Country Are Treating Transgender Student Rights

UCLA School of Law's Williams Institute, a research group that focuses on sexual orientation and gender identity law and policy, is working on a study to learn whether extending public accommodations rights to transgender people leads to more crimes by predators.

Early indications are that it does not.

"As far as we know there hasn't been some sort of, you know, devolving into chaos in restrooms," says Jody Herman, a public policy scholar at the institute.

One thing Herman can say for certain: Based on her survey of 93 transgender and gender nonconforming people in Washington, D.C., in 2008 and 2009, they themselves are at risk in restrooms.

"About 70 percent of the sample reported experiencing being denied access to restrooms, being harassed while using restrooms and even experiencing some forms of physical assault," says Herman.

Eight of the 93 respondents in her survey said they had been physically attacked in a restroom.