Accessibility links
Transgender Rights: A Byproduct Of The Civil Rights Act Author of a book on the Civil Rights Act of 1964, Tom Purdum tells NPR's Linda Wertheimer how that bill came to shape today's transgender rights, and comments on the current battle in North Carolina. 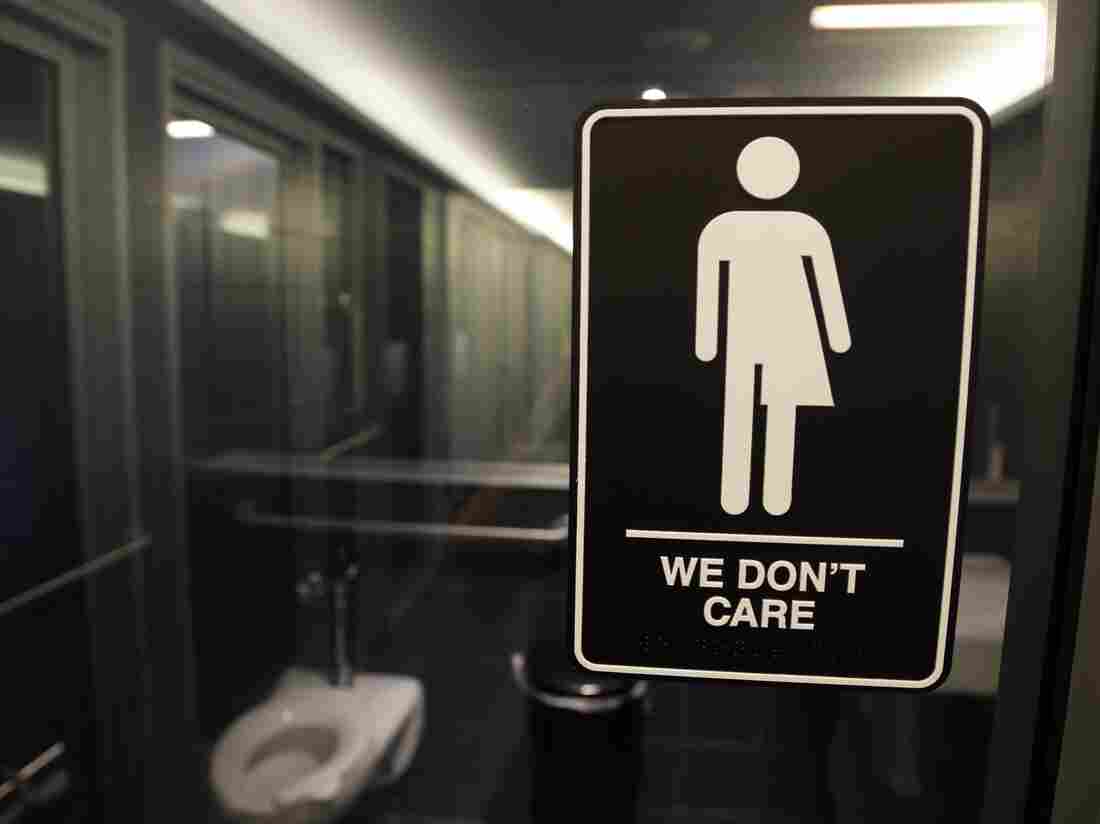 North Carolina is in a legal battle over a state law that requires transgender people to use the public restroom matching the sex on their birth certificate. The ADA-compliant bathroom signs were designed by artist Peregrine Honig. Gerry Broome/AP hide caption 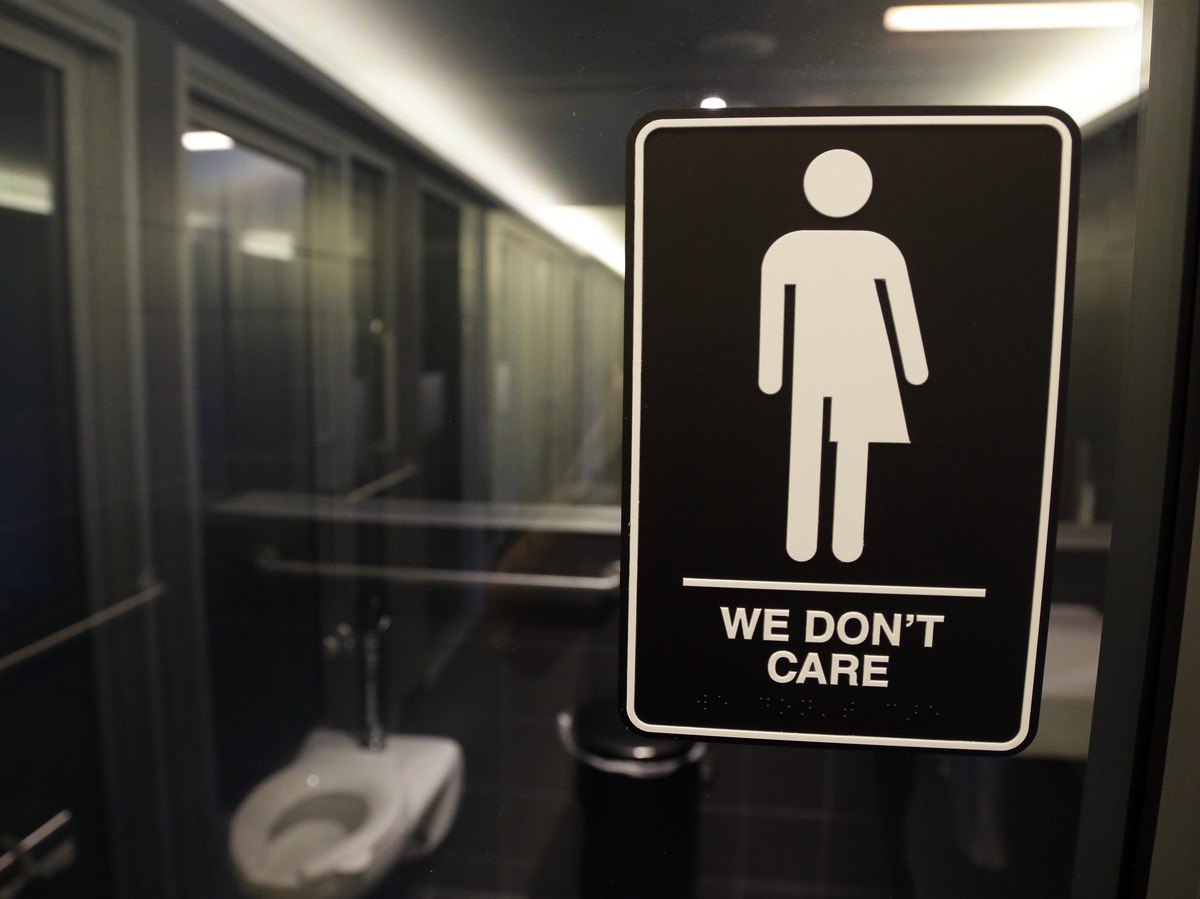 North Carolina is in a legal battle over a state law that requires transgender people to use the public restroom matching the sex on their birth certificate. The ADA-compliant bathroom signs were designed by artist Peregrine Honig.

The legal case over transgender rights hinges on the Civil Rights Act of 1964, which prohibits discrimination on the basis of race, color, national origin, religion and sex. But the word "sex" wasn't always going to be part of the bill. And "sex" — which, at the time was meant to mean gender — was not on that list when the bill came to the House.

Todd Purdum, a national editor and political correspondent for Vanity Fair magazine, wrote a book about the Civil Rights Act in which he recounts the dramatic political battle to pass this law that helped shape modern America. The book, published in 2014, is titled, An Idea Whose Time Has Come: Two Presidents, Two Parties, and the Battle for the Civil Rights Act of 1964.

Purdum recently spoke with NPR's Linda Wertheimer about how the word "sex" became part of the law and commented on North Carolina's transgender bathroom law.

It got in there in a mischievous way in the final phase of the Florida bill in the House of Representatives, when Howard Smith, an elderly Virginian, unrepentant segregationist and racist and chairman of the rules committee — which was the absolute bottleneck that had held all such rules hostage for years — decided to insert it. And there's some disagreement about exactly why he did it. Most people think he did it as a poison pill, to kind of make people vote against the bill because it would be so ludicrous on the face of it to protect women in a bill that was intended to end racial discrimination.

On varying thoughts on why Judge Smith wanted the law amended

A modern school of feminist scholarship actually points out that Judge Smith had actually been sympathetic to the feminist cause and he had warned leaders of the House that he might bring up this amendment at some point. And he did on a day in February, a Saturday. It put the House in pandemonium, and it was known later as "Ladies Day" in the House. And it caused peals of raucous laughter. But also, the female members of the House, both Republican and Democratic, joined forces to make sure this amendment would pass, and it did.

I think he thought that there were a bunch of people who thought that anti-discrimination should not be enshrined in federal law. There was another school of thought that in the early 20th century, it was seen as progressive to limit the hours and working responsibilities of women as a humane gesture and in places like Virginia, where the textile mills depended on female labor, that meant that there were severe restrictions that limited what many manufacturers could demand of female workers. So a very cynical view could hold that Judge Smith wanted to eliminate that safeguard for women in his home state and there would be a boon to manufacturers who could in fact treat women just like men and make them tote the barge and lift the bale and get more work out of them.

On the difference "sex" made in passing the bill

I don't know whether at the end of the day it helped or hurt in passing it. But I think it indisputably made the bill stronger because it extended the bill's protections to more than half the population of the country — women. And it paved the way for a whole series of court victories all through the '70s and '80s in the women's movement, getting equal treatment in the workplace for women.

On what Judge Smith would say today

He would wonder what he brought, I suppose. It's also fair to say that many of the people who voted for the Civil Rights Act of 1964, had they known that it was going to lead to affirmative actions or quotas or those kinds of race-conscious remedies, would have surely voted against it, and they did not intend that, either. As the jurisprudence continues over the years, the law has grown in ways that maybe its supporters wouldn't have seen.

A previous version of this story misspelled Todd Purdum's last name as Purdam.