Accessibility links
Churchgoing Conservative Voters May Not Line Up With Donald Trump Donald Trump's popularity with self-described evangelical Christians fades among those who attend church regularly. "The true evangelical," says an Iowa pastor, is in "a quandary, a dilemma." 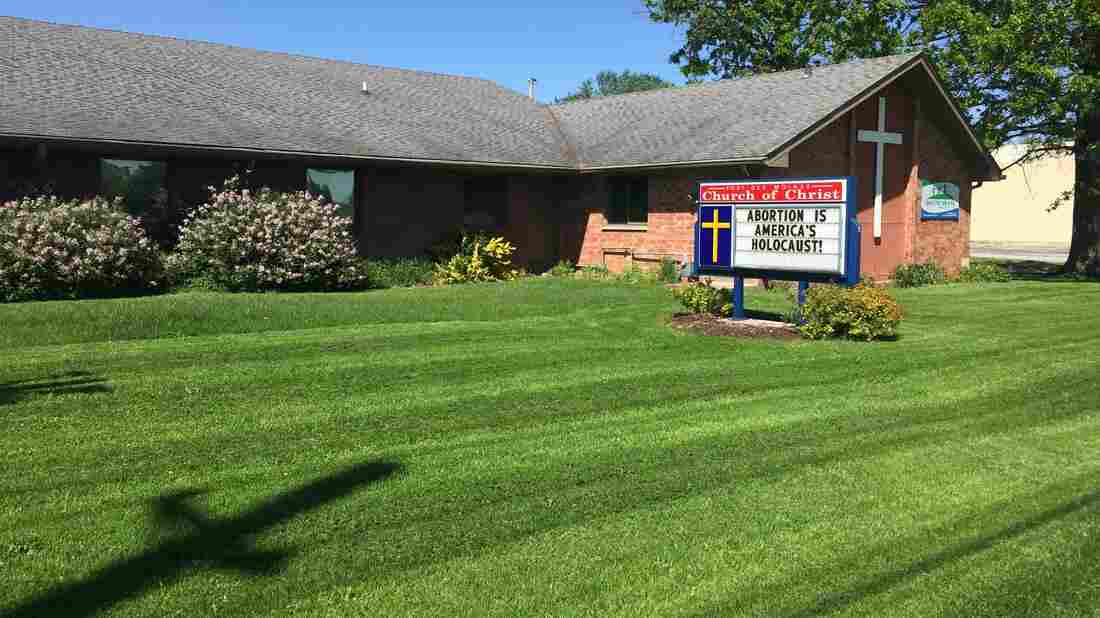 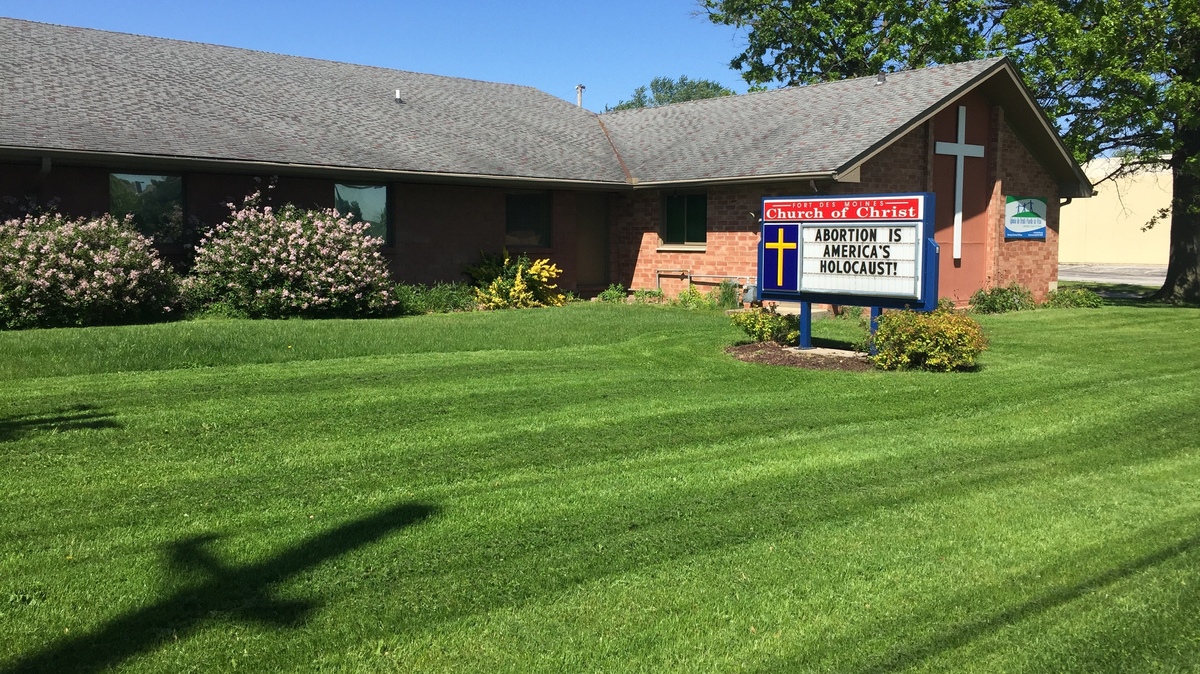 Donald Trump likes to tout his popularity among conservative Christians, who make up a key voting base within the Republican Party. But even with Trump as the de facto nominee, some evangelicals say they're unsure about voting for him — as a matter of conscience.

At Fort Des Moines Church of Christ, a sign on the front lawn reads, "Abortion is America's Holocaust." Inside, after a rehearsal for Sunday's service, Pastor Mike Demastus sits down to talk about the state of the presidential race. He describes Trump as "morally loathsome." 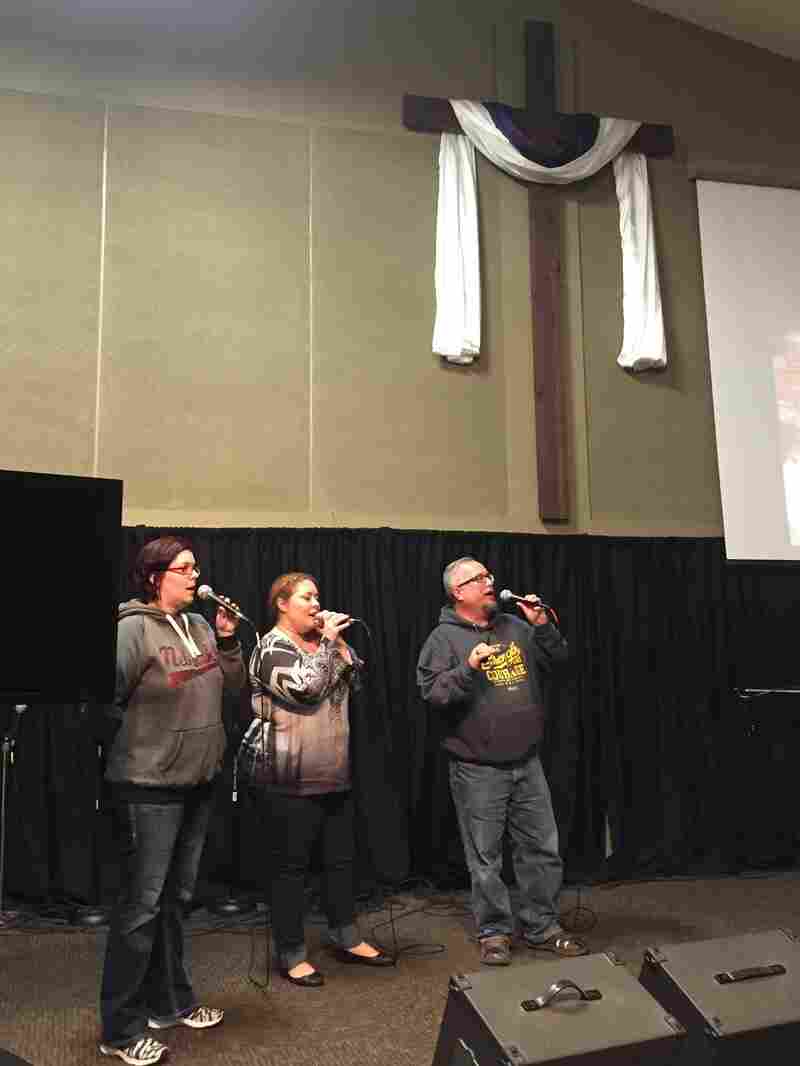 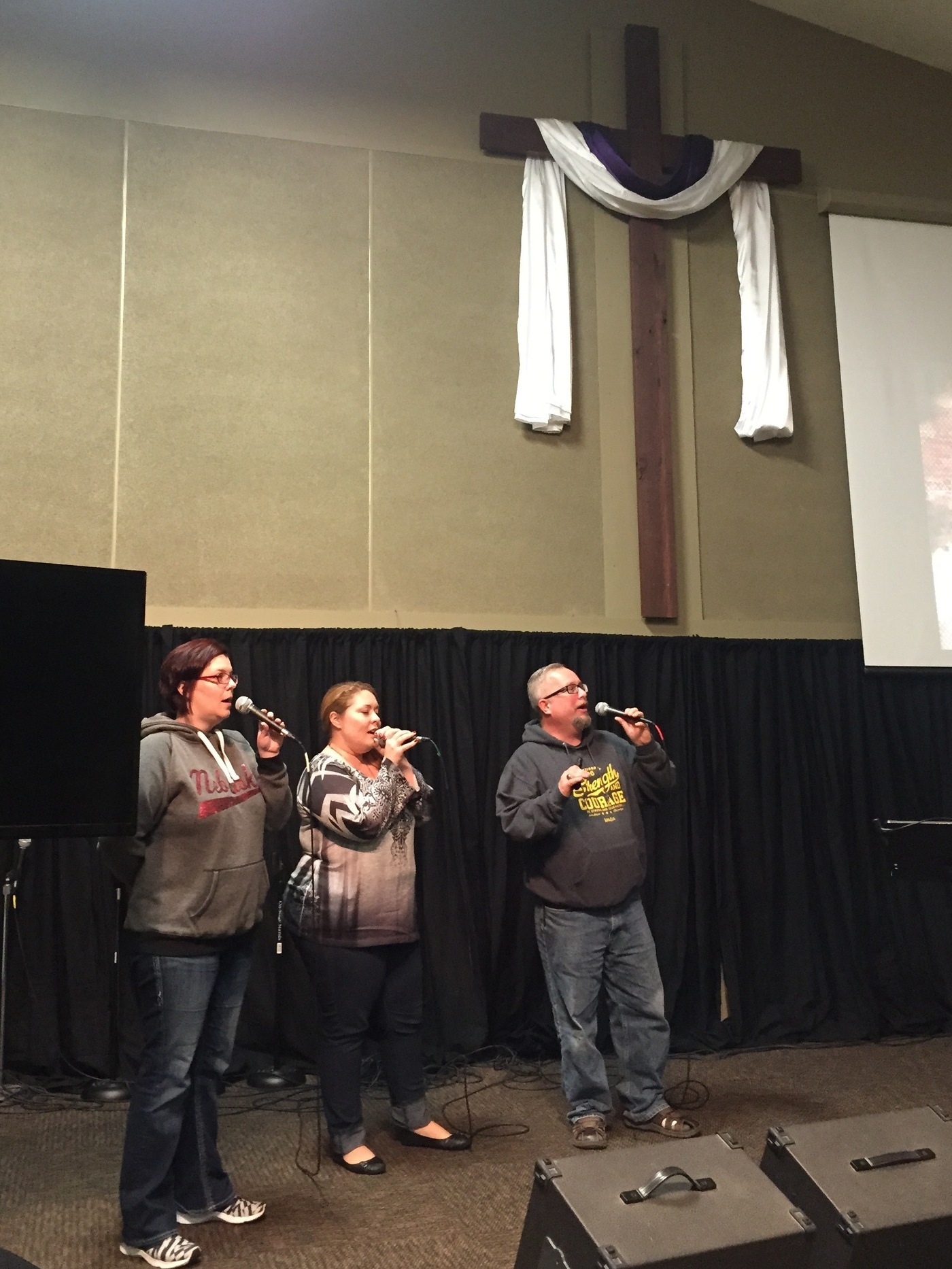 Demastus had backed Texas Sen. Ted Cruz, who won the Iowa caucuses thanks in large part to evangelical support — but in the end, it wasn't enough for the nomination.

"We came up with the worst possible candidate out of all of the choices that we had," Demastus says. "He's the worst."

Even though Cruz has dropped out, Demastus says he plans to write him in come November. Demastus is troubled by Trump's shifting positions on several policy issues. And he's disturbed by a statement Trump made months ago in Iowa, when a pollster asked if he's ever sought God's forgiveness — and Trump said he hadn't.

"He's a reprehensible man. I would classify him as a wicked man," Demastus says.

For Demastus, Trump is no better than likely Democratic nominee Hillary Clinton. And Demastus is not alone.

While it's true that the real estate developer has picked up substantial support among white voters who describe themselves as evangelical, polling suggests Trump is less popular among those who attend church regularly.

At Cornerstone Church in Ames, Iowa, Pastor Jeff Dodge is facing a similar internal struggle. Dodge preaches to up to 3,000 people at his church each weekend, and he says he avoids talking politics from the pulpit.

Out in the lobby, Dodge tells me he typically votes for the Republican nominee. But he has big concerns about Trump's comments on women and immigrants — and about his temperament.

"The brashness, the arrogance," Dodge says.

Dodge also brings up Trump's response to the question about asking for forgiveness from God: "Man, that's a sacred tenet of the Christian faith. That's right in the Lord's Prayer."

At 53, Dodge says this is the first time he can remember feeling so torn about how to vote in a general election.

"I'm in an awkward place because a ... big chunk of the platform from Hillary Clinton also does not settle well with my convictions as a Christian," Dodge says. "And so I'm left in a very weird place." 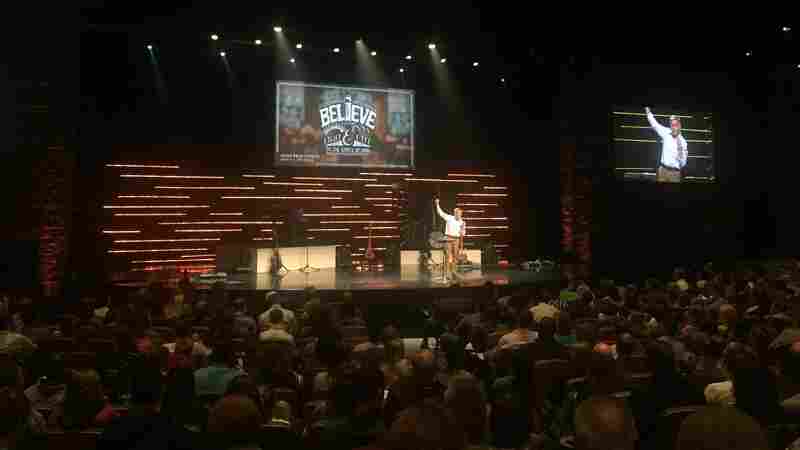 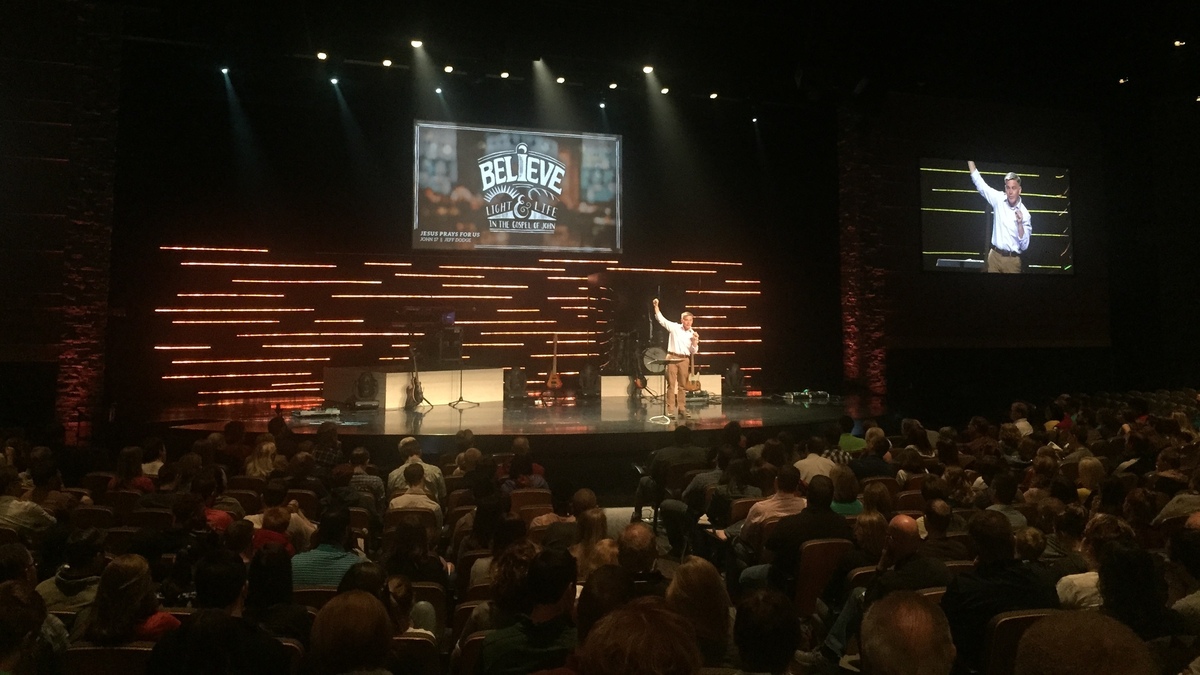 Jeff Dodge, pastor of Cornerstone Church in Ames, Iowa, preaches to thousands each week. He says he avoids talking politics from the pulpit.

Dodge hasn't totally ruled out voting for a Democrat, but he says he's more likely to look to a third party — or skip the top of the ticket.

Several of his church members say they're also wrestling with the idea of Trump as the nominee.

"I think I'm still a little bit in shock. I was very much on the Never Trump bandwagon, just because I don't think he's suitable as a leader of a country," says Carley Hoben, a stay-at-home mom and child care provider.

Hoben doesn't want a Democrat in the White House, either. If the election were today, she says, she'd vote libertarian. But Hoben adds that she's somewhat hopeful, because her faith teaches that even sinners can be redeemed.

Kara Warme stays home with her two daughters and works part-time as a consultant. She usually votes Republican, but she says Trump is negative and divisive.

"I feel disappointed and nervous," Warme says. "I want change politically in the country, but I don't like some of the emotions that I feel Trump is bringing out in people, so I'm just nervous for how that's going to go."

At this point, Warme says she'd probably vote reluctantly for Trump over his Democratic rival. But she says she will be watching the race closely in the months to come.

But some Republican leaders downplay the idea that evangelical voters will give Trump the cold shoulder in November. Tim Albrecht, a consultant to the Republican Party of Iowa, says he believes Trump will do what's needed — including reaching out to prominent conservative leaders and outlining conservative policy proposals — to solidify that support.

"I think that as the choice becomes more clear between Donald Trump and Hillary Clinton, Republicans are going to fall in line," Albrecht says. "I think that conservatives will come around."

Bob Vander Plaats of the group The Family Leader says many conservative Christians will be watching to see how Trump talks about key issues like abortion, and whom he names as a running mate. He says many evangelicals won't vote for a Democrat, "so they're going to try to warm up to Donald Trump."

Vander Plaats says many evangelicals want the next president to nominate Supreme Court justices who align with their views on abortion. Trump has promised to release the names of his potential nominees, which could convince some evangelicals. That could be especially important in battleground states, like Iowa, Ohio and Virginia, where evangelicals make up a big share of the population.