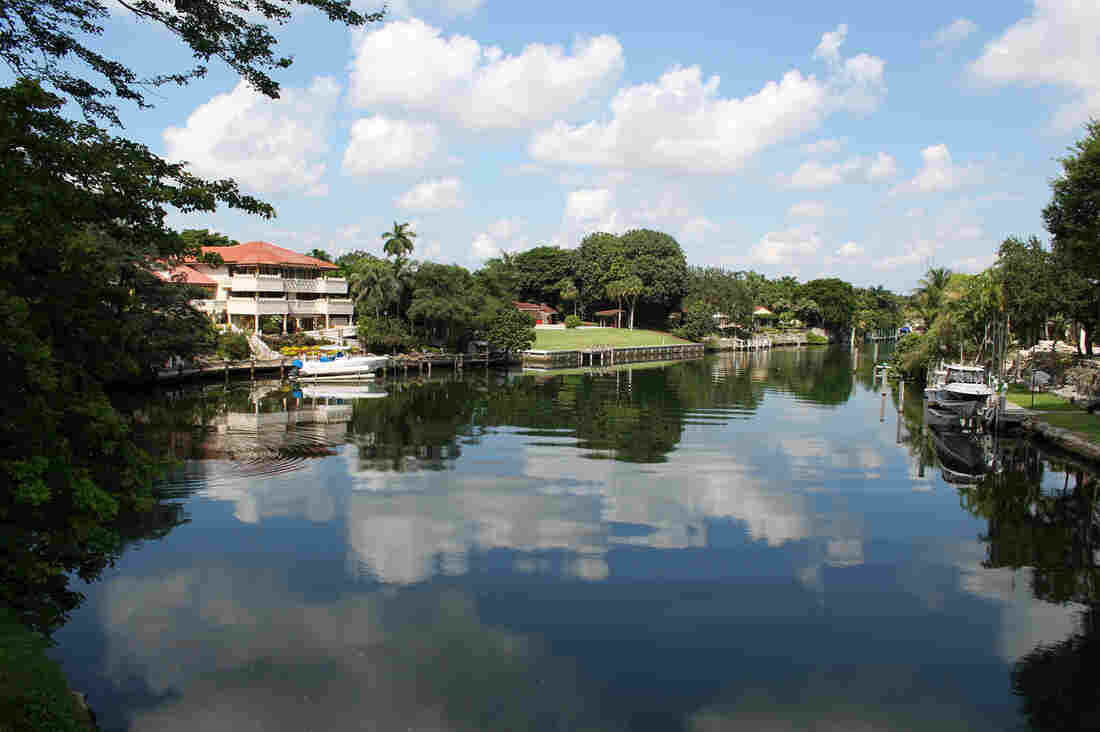 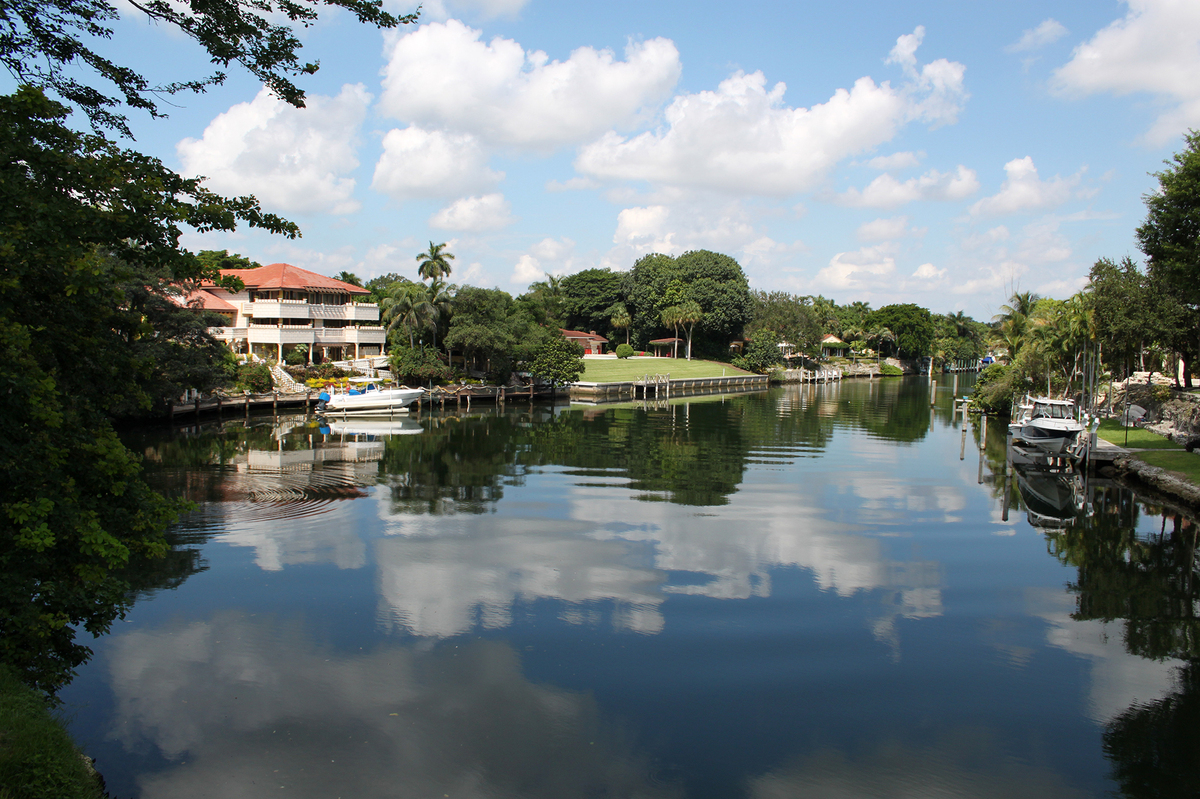 The mayor of Coral Gables, Fla., worries that the continued rise in sea levels could sink the property values of waterfront neighborhoods.

A man moves to a city in Florida and decides he wants to be mayor. He wins the election. He's happy. Then he's told his city is slowly going underwater. Not financially. Literally.

James Cason had settled in Coral Gables, a seaside town near Miami, six years ago. He ran for mayor on the Republican ticket and, soon after he won, heard the lecture by scientists about sea level rise and South Florida that left him flabbergasted.

"You know, I'd read some articles here and there," he recalls, "but I didn't realize how impactful it would be on the city that I'm now the leader of."

Previously Cason was a U.S. diplomat in landlocked Paraguay. The topic of sea level rise didn't come up much there, he says.

But when scientists brought the mayor a map plainly showing that much of Coral Gables would be underwater in a few decades, he wondered why local leaders hadn't tackled the issue before.

"Even if there are no solutions now," Cason remembers thinking, "at least we need to know what our risks are — and our vulnerabilities."

In fact, his town's streets were already flooding more often than before, and seawater was seeping up from beneath low-lying buildings and yards. Cason grew deeply worried, and had officials map the whole city's elevation. They've identified vulnerable places — hospitals, schools, key roads.

Cason says for the most part, his constituents aren't interested.

Cason figured he'd better get to know what the city's legal liabilities might be, so he hired an outside attorney — Abigail Corbett.

"You know, whenever things go south," Corbett says matter-of-factly, "people look around and say, 'Who can I sue?' — especially when there's a lot of money at stake."

Corbett is with the Miami law firm of Stearns Weaver Miller Weissler Alhadeff & Sitterson. She hadn't given sea level rise much thought either, she says, but does now — including personal aspects, like her own home's vulnerable "elevation." 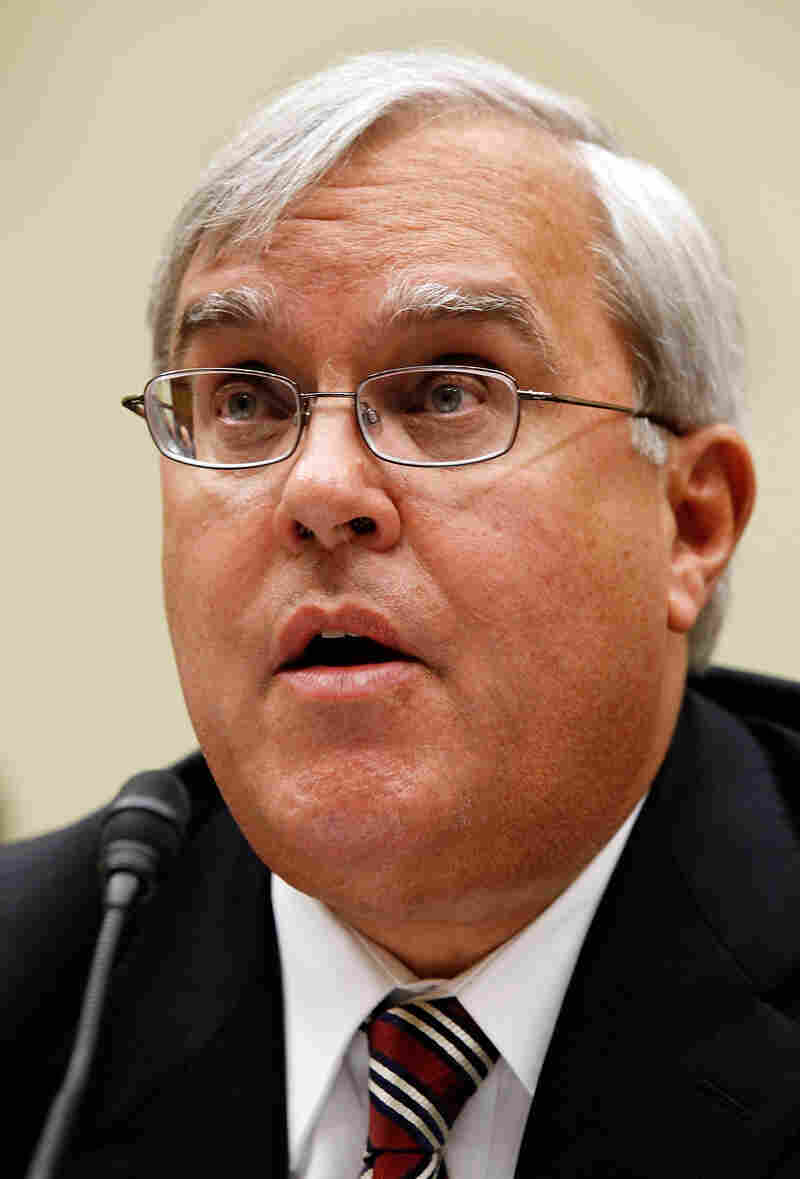 James Cason, the mayor of Coral Gables, Fla., says elected officials on the coast should be thinking at least as much about the local effects of climate change as about trash collection and parking. Chip Somodevilla/Getty Images hide caption 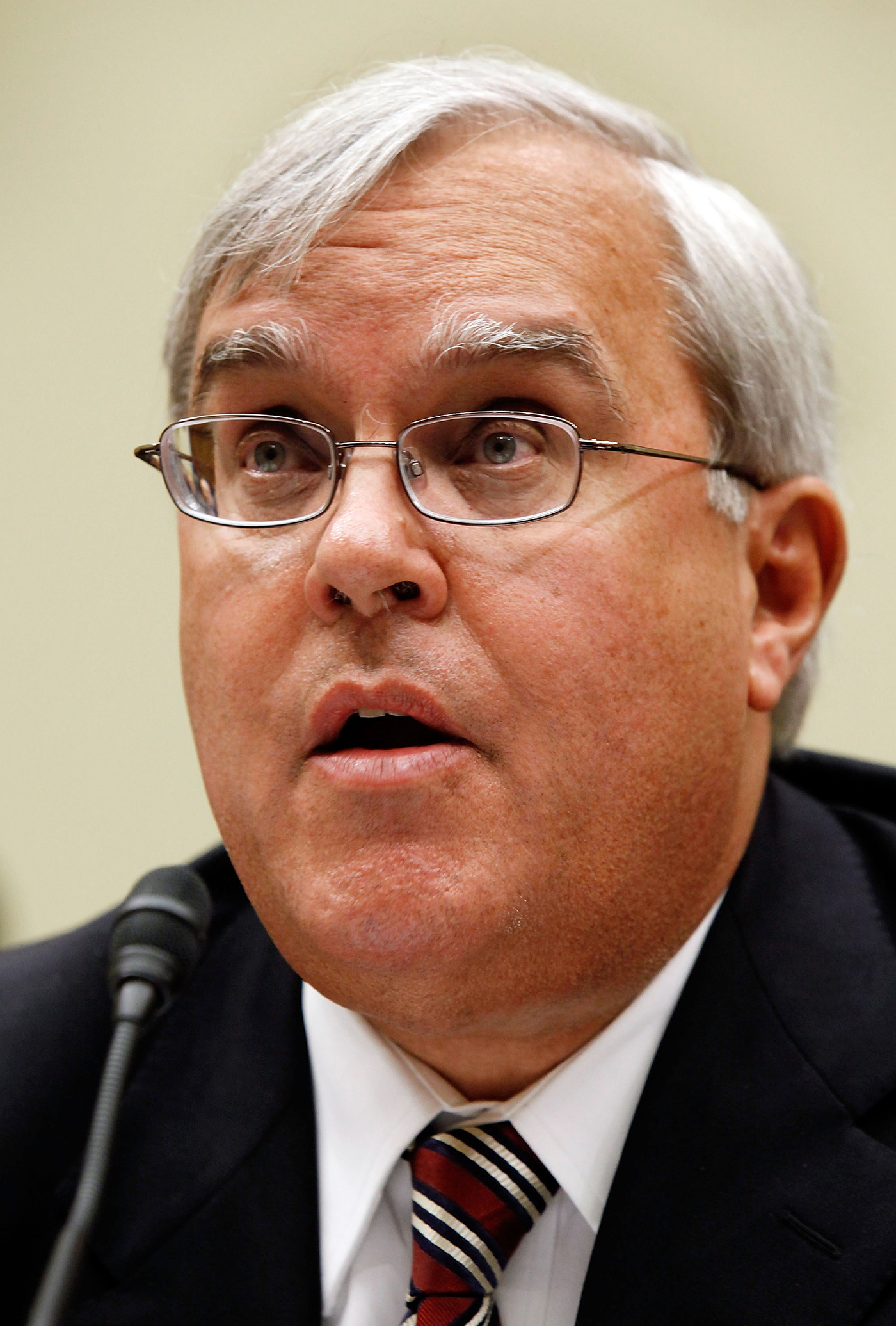 James Cason, the mayor of Coral Gables, Fla., says elected officials on the coast should be thinking at least as much about the local effects of climate change as about trash collection and parking.

I ask if that worries her.

"Um, yeah," Corbett says, then corrects herself. "It's on my radar. I wouldn't say it worries me. I'm keeping track."

She's also keeping track of the city's potential legal trouble from sea level rise. Coral Gables is pretty safe, legally, Corbett says. It's tough to win damages in a liability suit against a municipal government. But new issues already are bubbling up with the water.

For example, when the sea fills your street, who has a duty to do what?

"If you have a house and you can't get there and the street is flooding," she says, "the big question is, do you have a right to get to your property?"

Another legal briar patch: Should builders or real estate agents tell home buyers about future sea level rise? Corbett says it's especially important for people who advise others — lawyers, engineers and politicians — to think hard about how life will change as the ocean rises.

Every community is going to have its own problems. Coral Gables, for example, has lots of yacht owners — sailing yachts with tall masts. Many are anchored at people's homes, with a city bridge between them and open water. Boats can barely sail under those bridges now.

Mayor Cason, who's a boater himself, says there are 302 such yachts; his people have counted them. At some point, as the water rises, the boats aren't going to fit.

"And these are $5 million homes with nice boats," the mayor says, "that suddenly see their property values go down because they can no longer get a boat out. So that will be one of the first indicators (of sea level rise), and a wake-up call for people, and I want to be able to say, 'We told you about this.' "

Cason's also thinking about what most politicians don't want to think about: residents forced to retreat from parts of the city.

"When they start flooding, whenever that is, when do they stop paying taxes?" he wonders. "When do we no longer have to provide levels of service that they expect?"

Cason says a number of Florida mayors are finally starting to worry. They worry about things like municipal bonds — a major way cities raise money. Will bond-rating companies downgrade those bonds if the cities aren't prepared for sea level rise? Cason figures it's a mayor's job to tackle these issues, even if many of the people who elected him aren't yet worried.

"History is not going to look kindly on us as elected leaders for not taking a leadership position," Cason says, "even if we don't have the community seemingly engaged."

That means, he says, thinking at least as much about sea level rise as about trash collection, or about the number of parking spaces downtown.

A previous Web version of this story suggested that Cason's colleagues were not interested in climate change. In fact, he was referring to his constituents, not his colleagues.