'Joe Gould's Teeth' Is The Tale Of A Long, Lost Book

'Joe Gould's Teeth' Is The Tale Of A Long, Lost Book 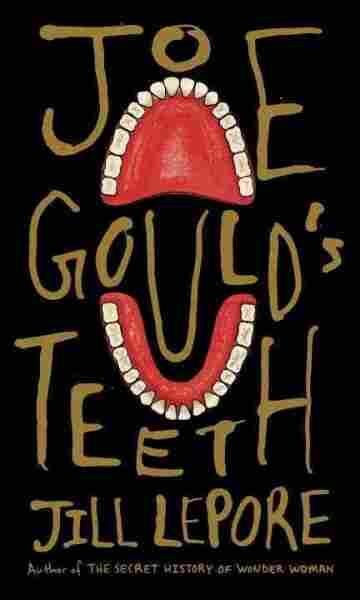 For connoisseurs of literary profiles, Joseph Mitchell's two New Yorker stories, "Professor Sea Gull" and "Joe Gould's Secret," set a gold standard. Joe Gould was an eccentric bohemian from an old New England family who bummed around Greenwich Village for decades and claimed to be writing the longest book ever, a monumental "Oral History of Our Time." When he died in a Long Island mental hospital in 1957, the manuscript of his magnum opus was nowhere to be found. Seven years later, Mitchell decided to go public with something he'd surmised shortly after the 1942 publication of "Professor Sea Gull" but had kept to himself to protect Gould's fragile equilibrium: There was in fact no manuscript.

Half a century later, Jill Lepore, a Harvard professor of history and frequent contributor to The New Yorker, has the temerity to question Mitchell's fact-finding and debunk several of his assertions about Gould — ranging from the year of his Harvard graduation to the phantom nature of the Oral History. The result, Joe Gould's Teeth, is a breezy, compulsively readable inquiry that touches on several big subjects, including what constitutes due diligence in journalism versus in history.

"Reporting begins with listening; history begins with reading," Lepore writes with typical punch. No one could accuse her of shoddy research: Undaunted by archives, she pores over reams of Gould's letters and diaries, pans for gold in Mitchell's boxes of notes at the New York Public Library, and corroborates her findings with extensive footnotes. But she's ferociously selective about what makes it into her slim, briskly-paced book. Where Mitchell was a master of amazing daisy-chains of multi-claused descriptions and spectacular page-long paragraphs, Lepore cuts to the chase with succinct declarative statements.

She acknowledges that she had access to archived papers and letters that "were stashed in people's desks and closets and attics" when Mitchell was researching. Still, she faults him for not following up with people who said they had read parts of the Oral History before he wrote "Joe Gould's Secret." (Many more came forward after his article was published.) Her most provocative remark appears in a parenthetical aside: "It made a better story in 1942 if the Oral History existed. It made a better story in 1964 if it did not."

Lepore is by no means the first to attempt to uncover the real story of Joe Gould. "Writers loved to write about him," she comments, "the writer who could not stop writing."

One of her surprise discoveries is Gould's obsession with an African-American sculptor named Augusta Savage, whom he hounded and stalked for years. She tracks down Savage's life story with obvious relish, charting the artist's key role in the Harlem Renaissance and her withdrawal to upstate New York, where she died in deliberate obscurity after destroying most of her work. Lepore notes that it's precisely the sort of unsung history that Gould had wanted to give voice to in his Oral History.

In following Gould's life to its bitter end, Lepore also broaches "the most troubling era in the troubling history of the treatment of mental illness." Although she is denied access to Gould's medical records at Pilgrim State Hospital, she makes a convincing case that he probably was subjected to the extraction of all his teeth (because infection was thought to be the root cause of mental illness), electroshock therapy, and prefrontal lobotomy, all in widespread use before being supplanted by psychopharmacology. She even turns up a case description that sounds remarkably like Gould's.

What Lepore doesn't find is Gould's manuscript — though she unearths evidence that it existed, including a fragment.

Joe Gould, Lepore writes, was a man who lost nearly everything he ever touched, from his manuscripts to his false teeth. Ironically, after Mitchell expressed his admiration for the fact that Gould hadn't added to the overwhelming "surfeit," and "rushing rivers of books," he famously never published another story after "Joe Gould's Secret," despite going to his office nearly every day for the next 30 years, until his death in 1996.

Joe Gould's Teeth is more than just a fascinating footnote to a beloved literary landmark. Using the tools of her trade, Lepore ended up broadening her search for his lost notebooks to encompass trenchant questions about journalism, race, and mental illness. The result has bite.