Accessibility links
An Invitation To Japanese Breakfast's Own Personal 'Heaven' The lush dream-pop gem is a testament to Michelle Zauner's ability to layer mourning and beauty seamlessly. The video features bearded studs, "an invitation to my own personal heaven," she says.

3:50
An Invitation To Japanese Breakfast's Own Personal 'Heaven' 3:50

An Invitation To Japanese Breakfast's Own Personal 'Heaven'

What's most striking about Japanese Breakfast's first full-fledged album, Psychopomp, is how gracefully it treads over difficult territory. What started as singer and guitarist Michelle Zauner's side project — she took on the moniker to release solo work when not performing with Little Big League — eventually became an outlet for songs of grief and mourning in the aftermath of her mother's death. Sonically, Psychopomp is a far cry from the Philadelphia emo band's music, trading crunchy indie rock for haunting pop songs with swirling synthesizers. The album swells and recedes over the course of its nine tracks, including everything from the sugary psych-pop of "Everybody Wants To Love You" to the intense drama of "Jane Cum."

The album's opening track, "In Heaven," is a lush dream-pop gem, a testament to Zauner's ability to layer mourning and beauty seamlessly. Strings and piano lift the song to relieving climaxes under lyrics that oscillate between stages of grief. "Oh, do you believe in heaven," Zauner sings over a soundscape of sparking synthesizers and reverb-laden guitars, "like you believed in me?" 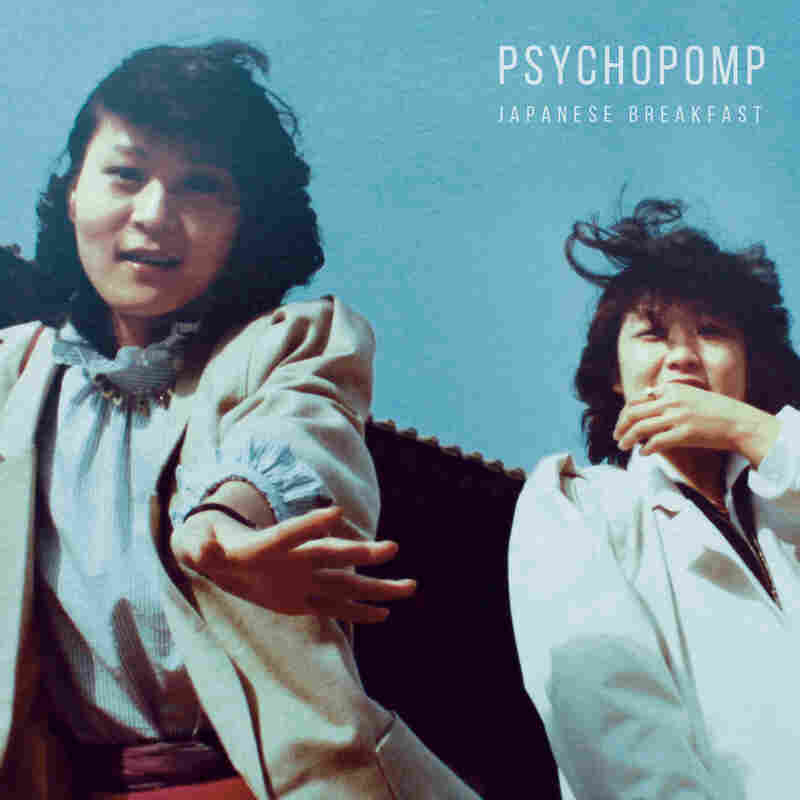 The video for "In Heaven" mimics the song's coziness, spending half of its time with Zauner and friends as they traipse through Flushing, Queens — Zauner's favorite place to eat and shop for Asian groceries — and sing their hearts out in a Korean karaoke room. And the other half? "I told [director Adam Kolodny] I wanted to wear an all-white suit while handsome, half-naked men decorated the background," Zauner says in an email to NPR. And that's exactly what they did: Zauner seduces the camera while the bearded studs lounge. The result is a video that's overwhelmingly colorful and joyous; while her words betray grief and frustration, she turns the pain into power. "I like to think of this video as an invitation to my own personal heaven," she says. It's a hard one to turn down.

Psychopomp is out now on Yellow K Records.