Accessibility links
Older Voters To Candidates: Don't Forget About Us Voters age 65 and older make up more than a fifth of the electorate, but they're not hearing the presidential candidates talk about the issues that matter most to them. 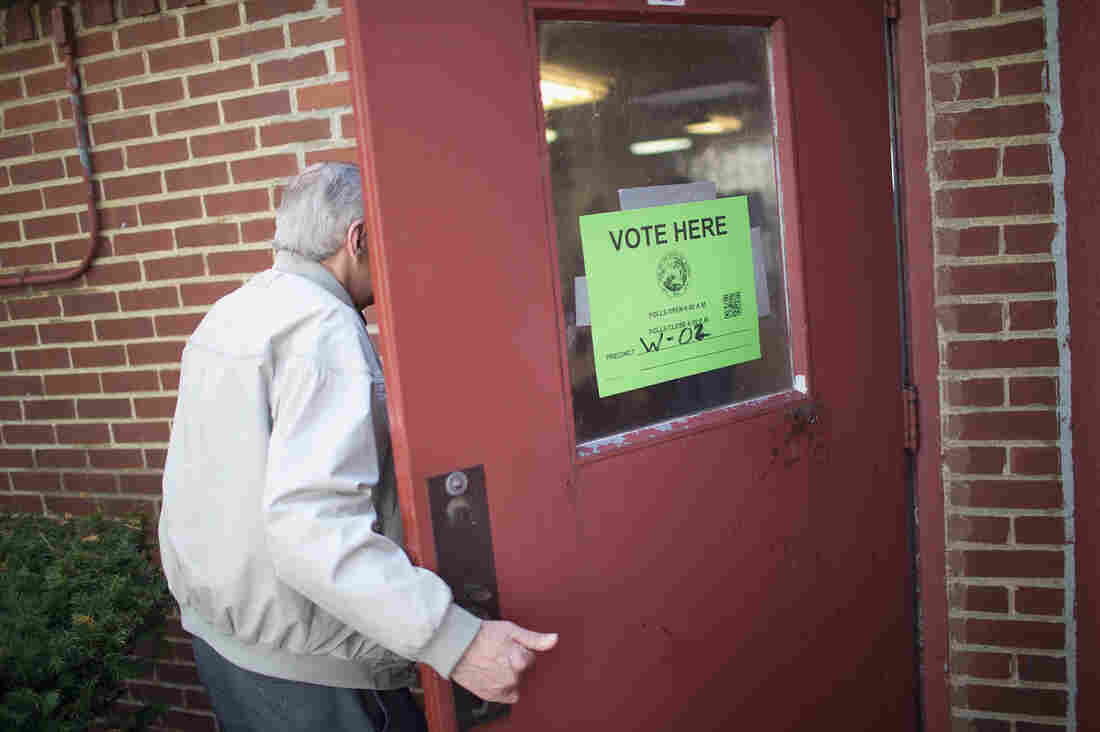 A voter enters a polling place on May 3 in Whiting, Ind. Older voters feel that the issues that concern them haven't been mentioned enough on the campaign trail. Scott Olson/Getty Images hide caption 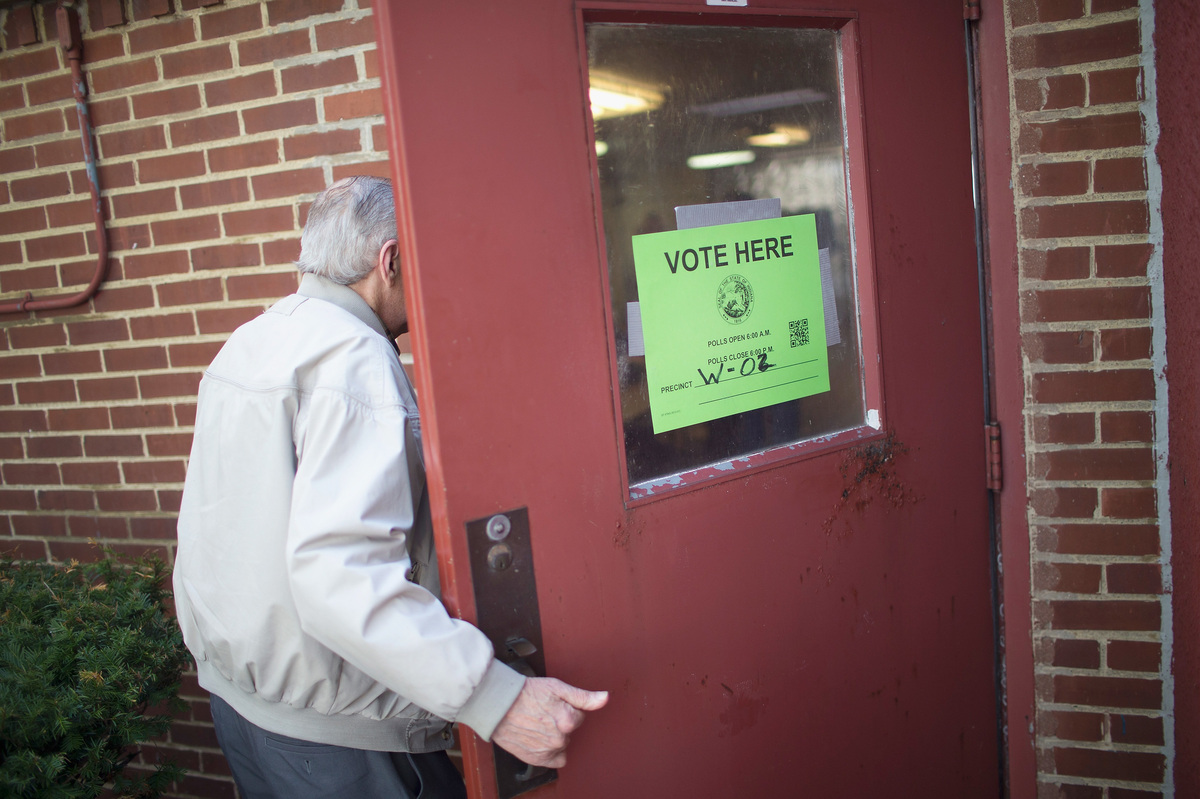 A voter enters a polling place on May 3 in Whiting, Ind. Older voters feel that the issues that concern them haven't been mentioned enough on the campaign trail.

Older voters might wonder this campaign season whether presidential candidates are taking them for granted. People 65 and older make up more than a fifth of the electorate, but the issues that concern them are rarely mentioned on the campaign trail.

Rudy Pavini, 81, and Tommie Ward, 84, recently spent lunchtime dancing at the Santa Clarita Valley Senior Center north of Los Angeles. It takes their minds off their worries about Social Security. 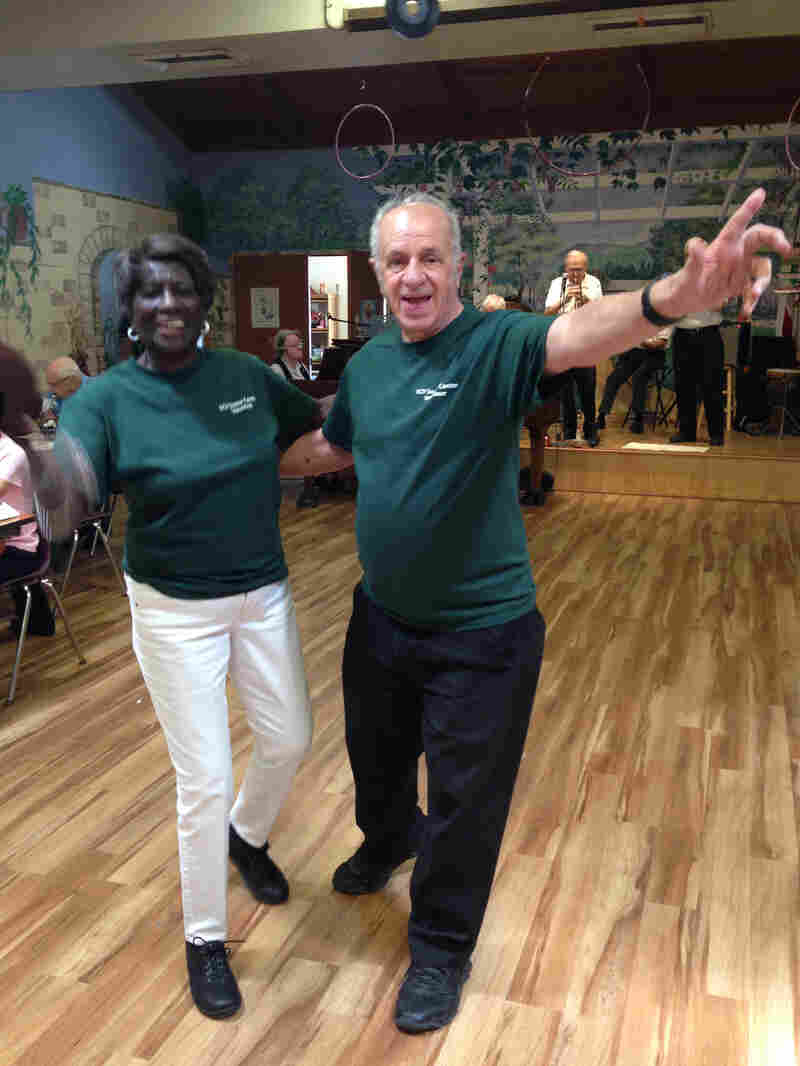 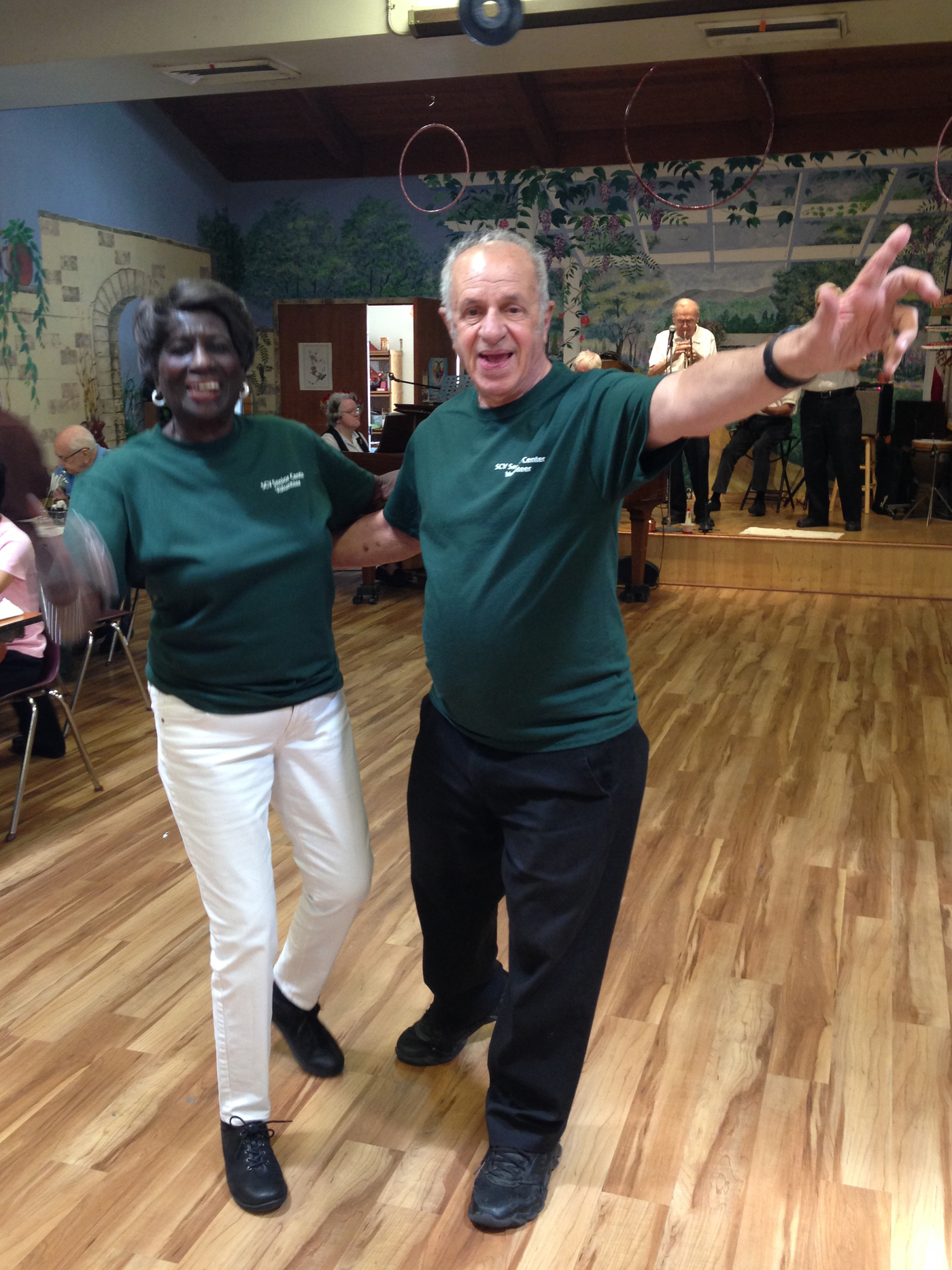 "Some people say they're gonna change it, destroy it. And I live on Social Security, so we need more," Pavini says. "We need to live. We can't survive; we'll be out in the street."

Ward lives with her niece because she says she doesn't get enough money from Social Security. "If something should happen to her, I don't know what would happen with me," she says.

To be fair, candidates have discussed Social Security some. Months ago, Republican candidates talked about cuts, though the apparent nominee, Donald Trump, has said he's against that. Democrats Bernie Sanders and Hillary Clinton both want to expand benefits, though their plans differ. And they've both talked about opening up Medicare to younger people.

But at the senior center, people raised other issues, too, like continuing education for older adults and affordable housing. Without exception, Clinton was their choice for president. But concern about these issues — and their neglect in this campaign — cuts across party lines.

David Cole, 60, was a delegate to the recent California Republican convention, so he follows politics pretty closely.

"I've heard nothing from any candidate other than some doublespeak we hear in every election," he says.

How Many Levels Can You Count In The Ryan-Trump Chess Game?

Cole finds that's unfortunate. He has a particular interest in older Americans not just because of his own age, but because he's a developer of assisted living facilities. Those aren't cheap. But he notes that people now in middle age have saved next to nothing for retirement.

"Those people who are in their 60s, 50s and 40s, I don't know where they're going have the money to afford what I do for a living," he says. "So there needs to be another model [for retirement] out there, and no one's talking about the future. And it concerns me a lot."

It concerns Ken Dychtwald, too. He's the CEO of a research and survey company called Age Wave. By the year 2030, he notes, one in five Americans will be 65 and older.

"Are we prepared?" he asks. "No. Are the candidates addressing this age wave and offering innovative solutions? No."

In a conference call with reporters, Dychtwald lists a host of issues that the candidates should be forced to address, including the retraining of older workers, finding a cure for Alzheimer's disease and combating ageism.

"I am absolutely outraged that these core issues have not been meaningfully covered, if covered at all, during the presidential debates and interviews," Dychtwald says.

There's a good reason for that, says Jack Pitney, a professor of government at Claremont McKenna College.

"Hillary Clinton will be 69 on Election Day and Donald Trump will be 70. This will be the oldest pair of nominees that we've ever had," he says.

Pitney said the candidates may not want voters to wonder how old is too old while they're making up their minds.